Riot Games released an eerie new teaser for the upcoming Cosmic and Dark Cosmic Lux skins in League of Legends. The video, named “Galaxies 2020: Light’s End,” teases Lux’s new skins to be released tomorrow, March 26. Along with the 10.6 patch comes other skins, such as Dark Star Malphite, Mordekaiser, and Xerath. 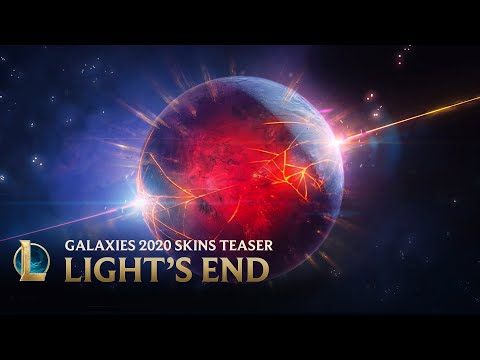 The video begins with a globe, seemingly imploding from the inside. As it releases two beams of blue and red light, it explodes into an image of two women on each other’s sides, eventually showing Lux’s face. With the colorful burst of celestial sounds, colors, and images, this may be one of her biggest skin lines.

Sneyking about Fighting PandaS: “I believe that this team still has the potential to do well”

Magic: The Gathering Prints Card With "Death Corona" In Title, Changing It To "Void Invader"