Envy Gaming has announced that the organization has signed popular Twitch channel BotezLive to its new content creator network. The channel consists of Chess players and sisters, Andrea and Alexandra Botez. In recent months, the game of chess has taken the streaming world by storm. TSM recently began the trend of esports organizations signing players when it signed Hikaru Nakamura in August. In conjunction with this new trend, the chess category on Twitch has steadily seen more viewers in recent weeks. Envy obviously feels the game is a worthwhile investment, and BotezLive is certainly a booming channel on Twitch. 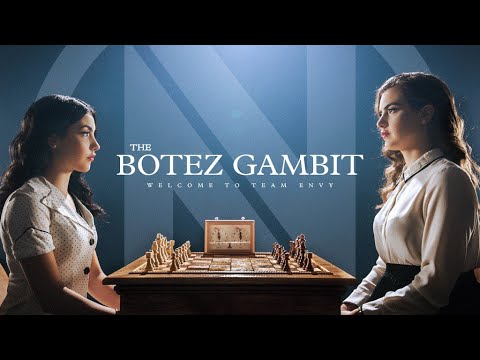 The recent chess trend was really kickstarted when Netflix released its original limited series, The Queen’s Gambit. Since the show’s release, sales for chess sets across the world have risen exponentially. Also, as previously stated, the game has seen a huge increase in viewership on Twitch.

Alexandra and Andrea Botez have been streaming chess long before The Queen’s Gambit released, but they certainly benefitted from the boom it introduced. The pair operate both a Twitch and YouTube channel, boasting hundreds of thousands of followers.

Alexandra is the more successful player of the pair, as she reached the rank of Woman FIDE Master in Chess. The two currently reside in Austin, Texas, and they stream chess regularly and upload helpful strategy videos to YouTube. When asked about the signing, Envy chief content officer Andrew Peterman cited this content creation as one of the main reasons.

The Botez sisters are the most entertaining creators in chess right now, and they’ve played a major role in popularizing the game on Twitch.

You will be able to play Hearthstone Battlegrounds with friends soon