Find out who qualified in the last round of FNCS Chapter 2 – Season 5.

It all comes down to this as trio teams across Fortnite’s seven competitive regions scrambled in the final Fortnite Champion Series (FNCS) Qualifier looked to further their case for the semi-finals. Weeks one and two saw 140 teams in total secure their place in the next stage of the $3M USD tournament, which also offers the elusive in-game Axe of Champions and the ultimate bragging rights. While some teams sat on the sidelines comfortably, others had to put forth their best effort in the final week for some much-needed series points or a top-ten placement. Teams battled over the last three days with hopes of capitalizing on the opportunity. Let’s take a look at which teams are moving on to the FNCS Semi-Finals. Resilient veterans Solary BlastR, Vitality Nikof and TrainH Alphaa made week three theirs with a first-place finish, which included 147 points, 33 eliminations and one Victory Royale. It was quite a performance given the caliber of players who competed in the third and final qualifier. These three earned themselves a nice confidence booster ahead of the next round and some crucial seeding points. Second place went to Wave Kikoo, LootBoy Slender and XIV Moshyoh, who were the only other team to break 140 points. They did so with 33 eliminations and an average placement of ninth.

After undergoing multiple team changes throughout the season, a fresh squad of Adn, Hardfind and AstroSMZ clutched up the qualification at the last moment. This team managed one Victory Royale and matched both first and second with 33 eliminations. Another veteran, known as Solary Airwaks, joined Esty and Vato in grabbing a fourth-place finish, pushing them through to the semi-finals along with the other top-ten teams not listed above. Europe brought the heat as always and the next round will be spectacular. Week three featured a star-studded lineup of teams, but none could match the effort of dark horses noob teyo, Chimp and Tabnae. These three have been making waves in NA East since the beginning of Chapter 2 – Season 5, and that all culminated in their first significant trio tournament win. Chimp, noob teyo and Tabnae amassed 187 points, two Victory Royales and 40 eliminations. All other teams should be on notice as this squad looks to prove they are elite. Some other formidable teams weren’t far behind on the leaderboard.

Perennial favorites Commandment, Cented and NRG Edgey remained consistent as ever with 148 points and an average placement of seventh. Their second-place result proved they are undoubtedly one of the top teams in this region. The same notion applies to LG Jamper, C9 nosh and EP paper, who grabbed a third-place finish with 138 points and one Victory Royale. There are countless narratives and exceptional trios that have inked their position in heats, which will be a spectacular display of competitive Fortnite

Outcast Triggy, Harmful and g0dku separated themselves from the pack and took first place in the NA West region. The three players coasted to one Victory Royale and 36 eliminations over six matches, which amounted to 162 points. They’ll be comfortably moving on with some other top teams waiting for them in the FNCS a Semi-Finals. XTRA middi, XTRA verT and Dabzil will join them as well after their 129-point performance in week three. NA West typically has some surprises up its sleeves, so it’ll be interesting to see how next week plays out. 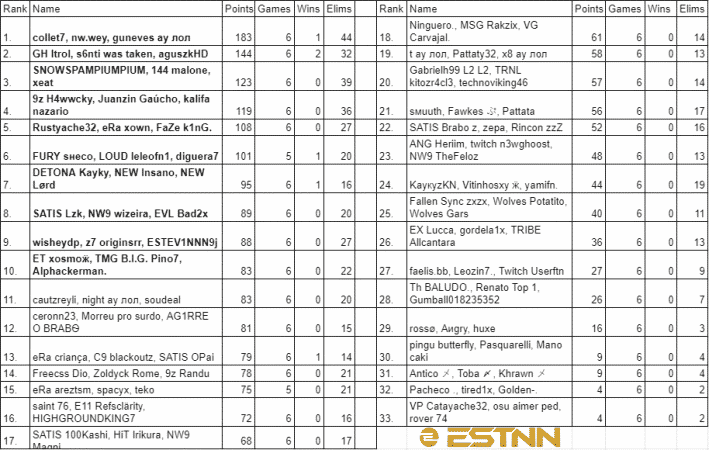 The South American region trio of collet7, nw.wey and guneves strung together and outstanding performance to win the third FNCS Qualifier. This squad compiled a whopping 183 points in the final round and an impressive 44 eliminations. Second place finishers – GH Itrol, s6nti was taken and aguszkHD ended with nearly 40 points less than the victors, but still earned a guaranteed spot in the next round. They won two of their six matches and racked up 32 eliminations. Snow, 144 malone and xeat rounded out the top-three with 123 points. This top-heavy region should be on an outstanding display as the competition grows more intense.

Crippa, rip and bmp overcame some stiff competition in the Oceania region. Their six-match effort produced 161 points, one Victory Royale and 40 eliminations, which locked them into a top seed in the FNCS Semi-Finals. Nio, fab and Keemi accomplished that same feat with a second-place finish after putting together 155 points and 35 eliminations in total. Third-place finishers repuk, Forbes and Tyraxe shredded the competition and stole the show with 54 eliminations and 147 points. The OCE region is shaping up nicely ahead of the semi-finals. 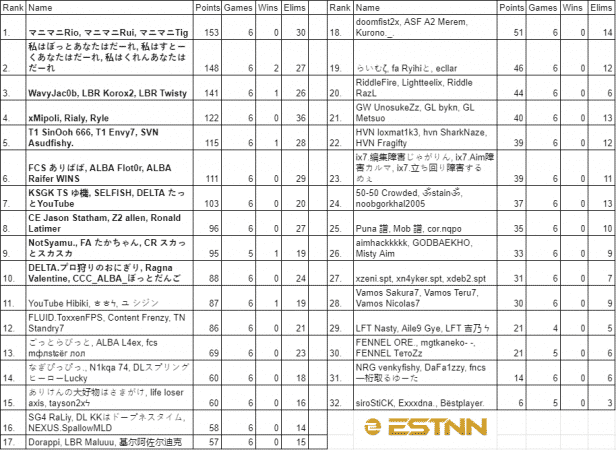 Rio, Rui and Tig got the job done in Asia’s final FNCS Qualifier. They accumulated 153 points across the final six matches and only needed 30 eliminations to claim first place. The heat will turn up next week in this region as trios look to qualify to the Grand Finals, where the money comes into play. Perhaps Rio, Rui and Tig will further their case for the region’s best team in the season’s second most important weekend. All teams inside the top ten have the same goal in mind.

Also Read: Where to Find All Exotic Weapons in Season 5 The final Middle East qualifier produced three formidable teams who separated themselves from the pack. In third place stood boss xJam, SAQR Hellonsteam and wasp.Trikshotz with 157 points. These three managed 29 eliminations and one Victory Royale. Second went to FNCS Chapter 2 – Season 4 winners SCYTES vagnaR, TU xPRŌ and TU Dexefite, who earned two Victory Royales and 169 points. No team could match Sudor Balor, Deatt and Linx with their 178 points and 36 eliminations.

Stay tuned to ESTNN for all the latest Fortnite news! 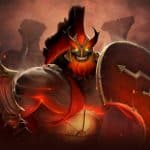 Lining up the top performing offlane heroes of the 7.28c patch in Dota 2. The 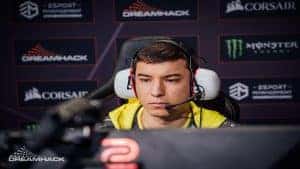 Here is what happened in the Upper Division of the CIS Tiebreakers. After the heavy 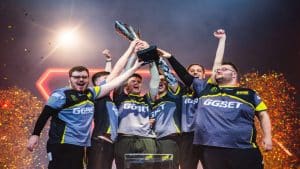 Epic has banned an entire trio for bypassing an in-game mechanic. Many players and viewers Ethan has announced his switch to professional Valorant from Counter-Strike: Global Offensive and joined 100

Fortnite: Jonesy Is Collecting Artifacts On His Zero Point Travels