Home » Fortnite: The Alien Xenomorph Is The Next Hunter In Season 5

When you thought Fortnite’s laundry list full of collaborations couldn’t get any crazier.

Epic Games is on another level of commitment regarding its cosmetic partnerships in Fortnite Chapter 2 – Season 5. This season’s ‘hunter’ theme has allowed the developers to pull out all of the stops. Thus far, Fortnite fans have seen crossovers with iconic movies such as Tron, Predator and Terminator, and more recently, the hit fighting game series Street Fighter. Some leakers even decrypted that a Family Guy collaboration could be on the way soon. It should come as no surprise that those same leakers have revealed another exciting partnership that indicates the Xenomorph from Ridley Scott’s ‘Alien’ movie series could be up next in Fortnite.

HYPEX was one of many to reveal the latest portal in Fortnite Season 5, which depicts an unmistakable corridor in the Nostromo, a ship from the movie Alien.

Alien is one of the most famous horror movies of all time for those who aren’t aware. It starred Sigourney Weaver as Ellen Ripley, a Lieutenant who defended herself from a flawless otherworldly hunter known as the Xenomorph. The Alien film series spawned multiple sequels and even a crossover adaptation with Predator. It appears that the Xenomorph and Predator may occupy the same universe once again, but this time in Fortnite. Here is a picture of the Nostromo ship from the movie, nearly identical to the teaser. 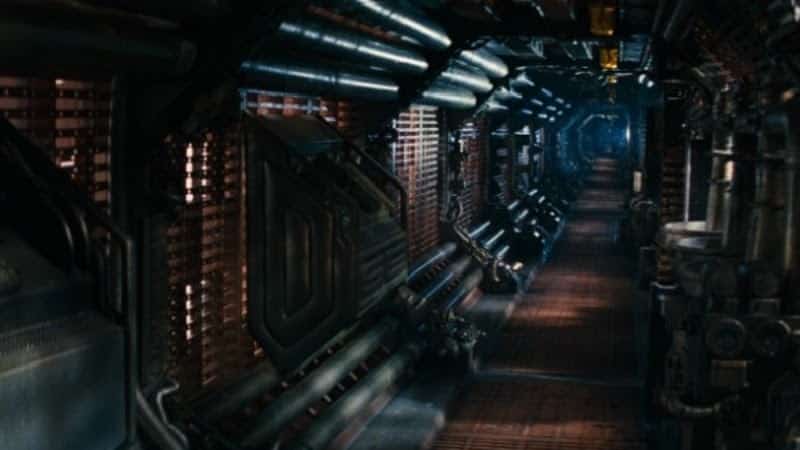 When Will Epic Release the Alien Skin?

It’s not clear at this point if the Xenomorph will be the only character to join Fortnite’s growing cast. It seems likely, but the jury is still out on the film’s other characters like Ellen Ripley. The Terminator crossover brought Sarah Connor and the T-800 into Fortnite so the Alien collaboration could follow a similar beat. Epic does not typically take very long to release cosmetics after these leaks appear online. We might see the Alien in Fortnite’s Item Shop soon.