Coming in at number 17 on our Overwatch league 2021 Season Power Rankings are the Vancouver Titans.

This was a team that showcased so much potential in such a short period but fell flat when it came to long-term success. The year is 2019, and the Overwatch League is expanding to add eight more teams into the madness. Coming hot off the heels of the Overwatch League’s inaugural season, the New York Excelsior were prepared to dominate, except one thing stood in their way. If you have been a fan of the Overwatch League for a couple of years now, the era of Titan Supremacy was all anyone could talk about. They had an incredibly easy time keeping teams like the San Francisco Shock and New York Excelsior under their thumb, or more so under Bumper’s thumb. This superstar roster of rookies came from Korea and proved to be one of the most unstoppable forces the League has ever seen.

Fast-forward to the 2020 Overwatch League season and the Titans blew up their roster and dropped four players. Vancouver picked up legendary duo Fissure and Ryujehong to fill the void, but the constant roster changes throughout the season didn’t help. They managed to qualify for most of the mid-season tournaments but failed to make it past the Quarterfinals in the Countdown Cup, Summer Showdown, and May Melee. This season, the Titans are working with a blend of last year’s roster, and a handful of recent acquisitions. Most notably, Linkzr, previously of the Houston Outlaws, is joining the staple three players, Dalton, ShRedLock, and Roolf.

The addition of LiNkzr to the roster boosts the potential of Vancouver Titans to show up and perform against the middle-of-the-pack teams. As long as Dalton and the rest of the roster can provide adequate support and perform consistently, there is hope. Dalton focuses more on hitscan heroes like Widowmaker and Tracer which makes him ideal as a back-up for LiNkzr, and Teru to fill in as a flex-DPS. Let’s be clear, this DPS lineup is nowhere near the level they had with Haksal and SeominSoo, but it will have to do. A major concern with this current roster is the lack of veteran leadership, and LinkZr might bring that.

The Titans picked up Roolf halfway through the 2020 season, and unfortunately for him, this was only the beginning of the Vancouver Titan roster shuffle. As a new player on the team, it was clear he struggled to find a way to keep the strong-headed team afloat. Given some time in the off-season to work with this new roster, Roolf might have a significantly better performance. Fire, on the other hand, was stand-in support for a majority of his time on the Atlanta Reign. He has extensive experience in the Contenders scene playing for Team Envy but has yet to make an impact on the big stage.

The tank lineup has always been the most impressive aspect of the Vancouver Titans, especially during the era of GOATS. ShRedLock has remained on the roster with the addition of Atlanta Reign’s former benched tank, frdwnr. As the main tank of the team after losing Bumper and SeoMinSoo, ShRedLock has big shoes to fill.

The Vancouver Titans have had a brand image of investing in unknown and underrepresented players, and it works. Some years they may find massive success, and others they may fall short. A common trend in the Overwatch League is mid-season roster changes, and that doesn’t cater to the development of talent within a team.

2020 is a defining year for card game esports 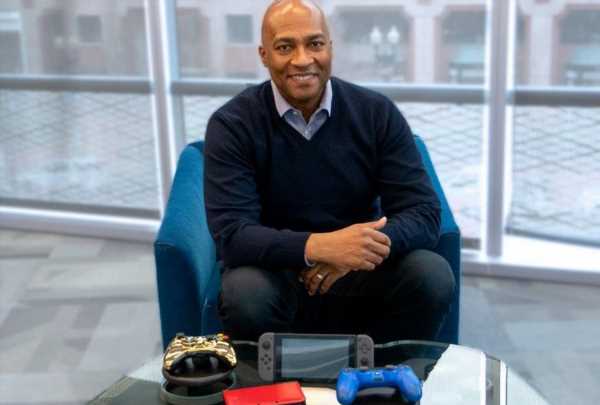 GamesBeat Summit 2021: Growing the next generation — Our leader-packed agenda
PC