The second Bo5 of the day matched the fourth European seed and the Turkish representative. Only one team would stay alive one more day at Worlds 2020, and the loser of this series would go back home.

Unicorns of Love awaits for the winner. 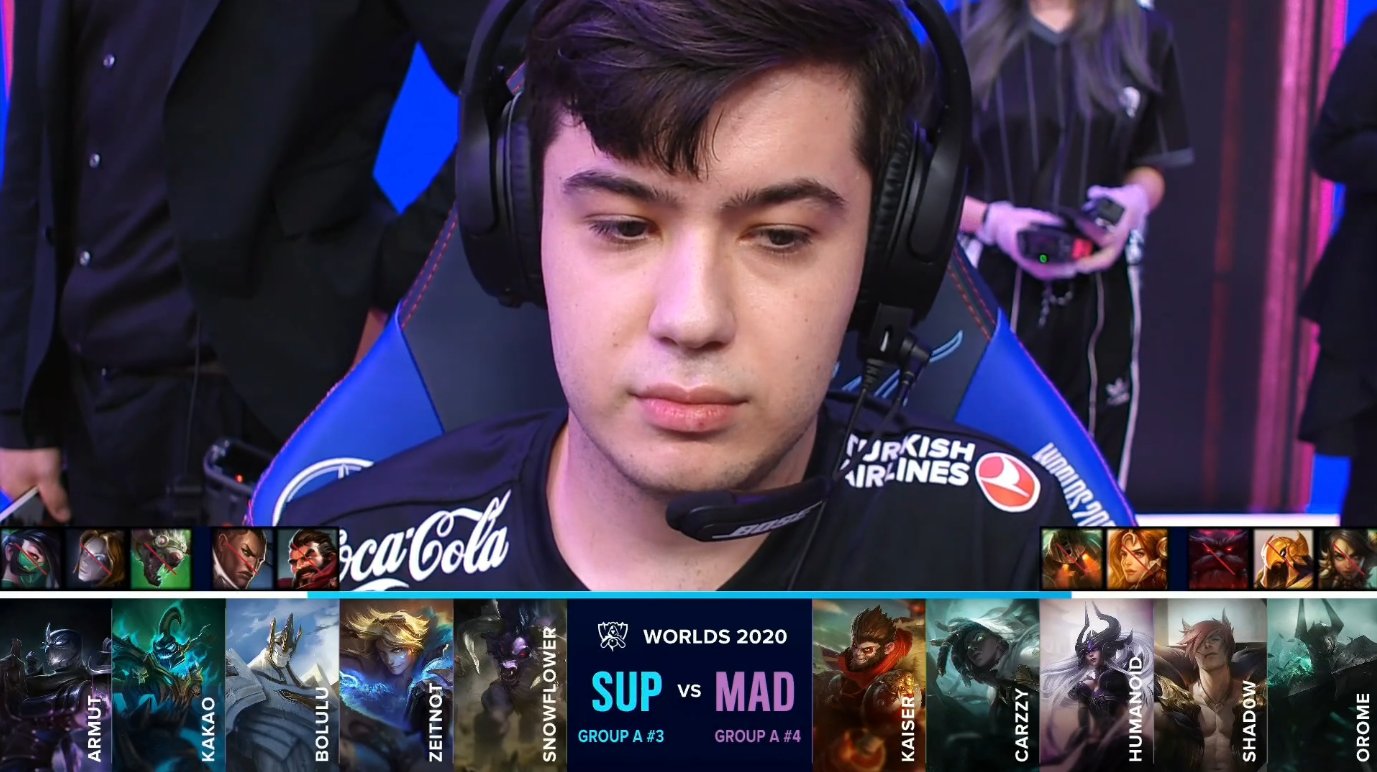 In the first match, Papara SuperMassive dominated the early game and took three early kills that put them ahead in the gold score. The Turkish team also took the first two drakes, and it looked like they were going to control the whole game, but MAD Lions never gave up.

The first minutes were quite chaotic, with many trades and fights, and both teams pretty even in every score. Then, once in the mid-game, both teams had 3 turrets down, and two drakes each, while the kills score was always very close.

Both teams tried several times to take the Baron Nashor, but none of them was able to finish the objective. Each one respected the enemy and preferred to play safe rather than fight, and this is how we reached minute 30, with the map completely broken.

MAD Lions’ win condition was to take the Ocean Soul, and Papara had to fight to avoid it. When a new drake appeared, both teams rotated and fought there. The objective was for the Turkish team, and also the team fight. Every MAD Lions’ player was dead, so SuperMassive quickly pushed the mid lane and won the first game of the series. 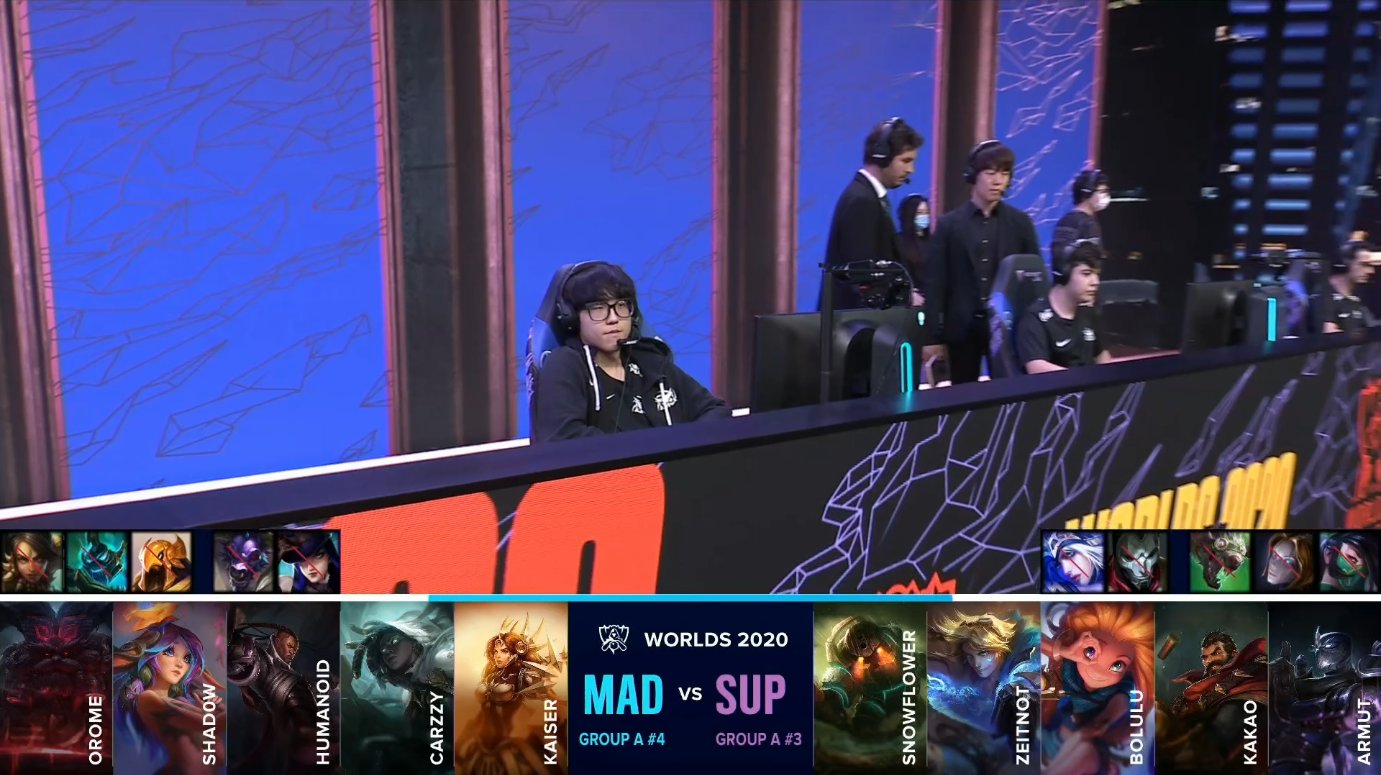 The first minutes of this game were pretty slow compared with the first one. We had to wait until the minute 7 to have the first kill, that was for MAD Lions. The European team went ahead in the gold score, despite the Turkish team took the first drake.

After taking a couple of kills more, the lions reached the minute 10 with more than 1k gold advantage. This difference kept growing with the first turrets, while SuperMassive got a new dragon, and when the third dragon appeared, both teams rotated to its pit.

It was MAD Lions who finally took it, and they also took the next one, since the Turkish team couldn’t fight for it. Then, both teams fought once again, but Papara got the lead in the fight and rotated to Baron Nashor.

It looked like they could get it, but MAD Lions grouped and fought for the objective, until their jungler, Shadow, stole it with his Lillia.

Once with the buff, the European team pressed the bot lane and opened the enemy base, and after a couple of new fights, increased their advantage, destroyed two inhibitors, got a new drake, and prepare the next Nashor.

But instead of going to kill the buff, the lions decided to push through the lanes, and after taking some enemies’ lives, destroyed all the base and won the second game. 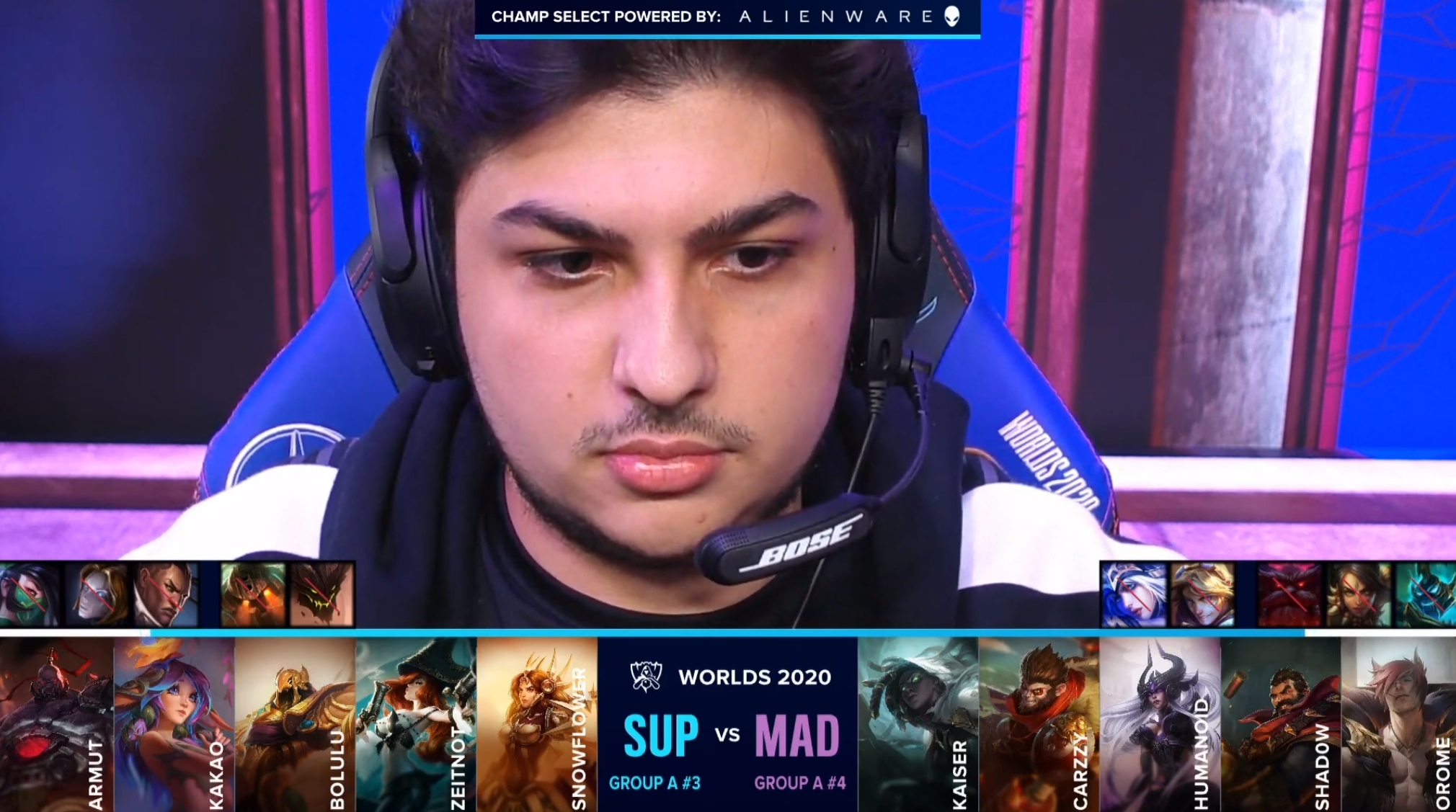 The first blood in the third game came a little bit later than in the previous two, and it was for Orome, MAD Lions’ toplaner. With this, the lions took a slight advantage in gold, that disappeared after SuperMassive took the first drake.

The Turkish team took some kills and got ahead in every score. At minute 15, they rotated to the bot lane and killed all the enemies, getting an Ace and their second drake, and thus increasing their gold advantage.

SuperMassive sieged the lions in every lane, and the European team could do nothing but hold steady and try to reach the late game.

At minute 24, a new team fight ended with a second Ace for SuperMassive, who didn’t have any problem to take the Baron Nashor.

Papara was about to take the Mountain Soul, and MAD Lions couldn’t allow it, so they went to fight for it… and succeeded. For the first time in the whole game, the Lions managed to win a team fight and took the objective. The gold difference was still over 6k, but this play brought some hopes to them.

A new drake appeared, and both teams repeated the last play, but the result of it was completely different. Four European players died, so Papara SuperMassive pushed through the mid lane and won the game, putting the score 2-1. 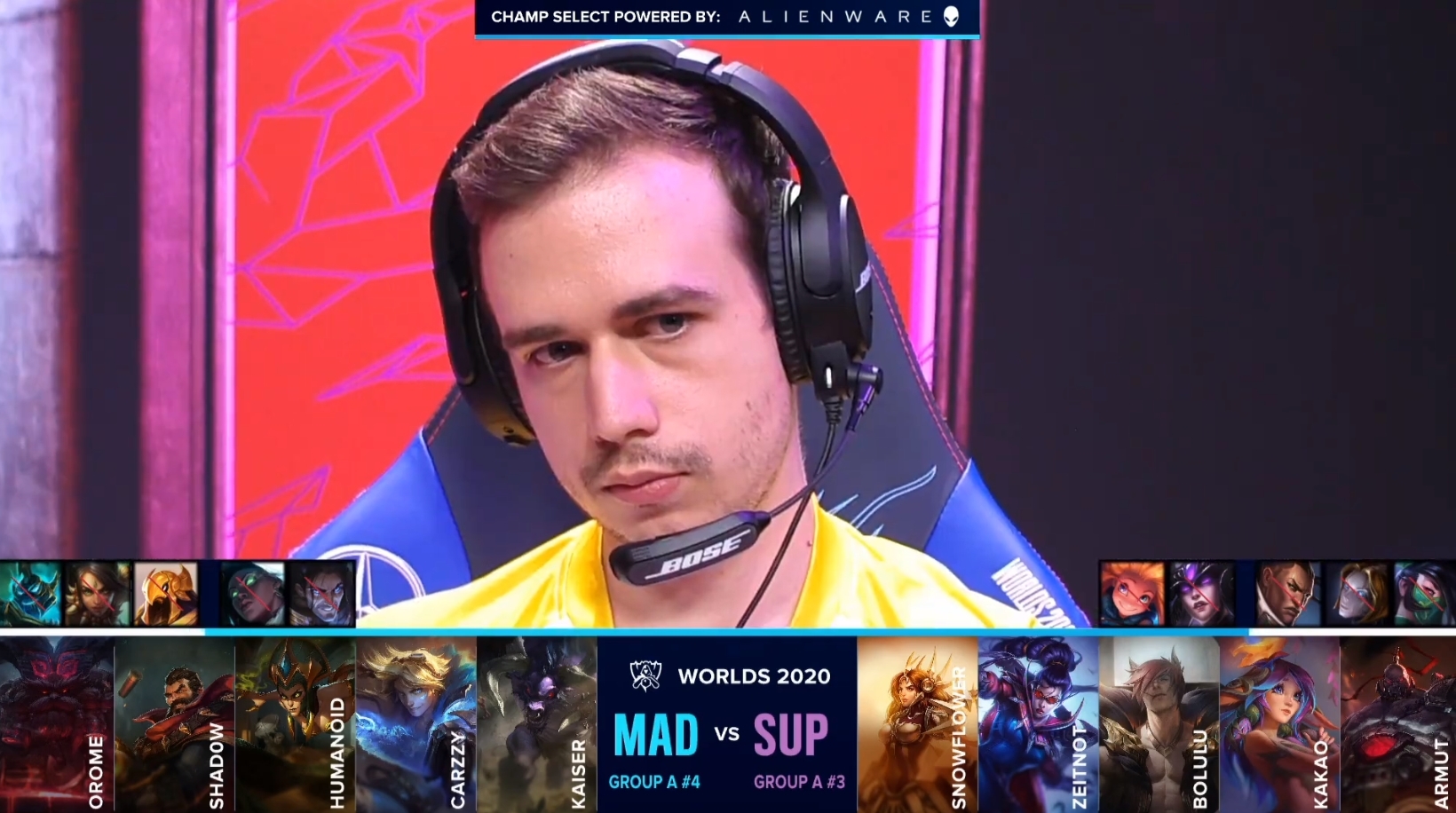 Matchpoint for the Turkish team.

The first blood came late too, after a gank to the top lane performed by SuperMassive’s jungler, KaKAO. The first drake was for the Turkish team too, but MAD Lions got ahead in the gold score after killing three enemies.

When the second drake appeared, SuperMassive got some new kills that allowed them to take the objective, and take the gold advantage back.

The next few minutes were pretty calm. All the scores were even until a new team fight took place at minute 20, and SuperMassive destroyed the European team, killing four of their players, and immediately took their third drake.

When the fourth drake was up, both teams fought again for it, and this time it was MAD Lions who destroyed their enemies and took the objective while every other score became even again.

MAD Lions took the Baron Nashor and pushed the mid lane. When the Turkish team rejected it, they rotated to the top lane, opened the base, and with another well-performed team fight, destroyed the nexus and put the global score 2-2. 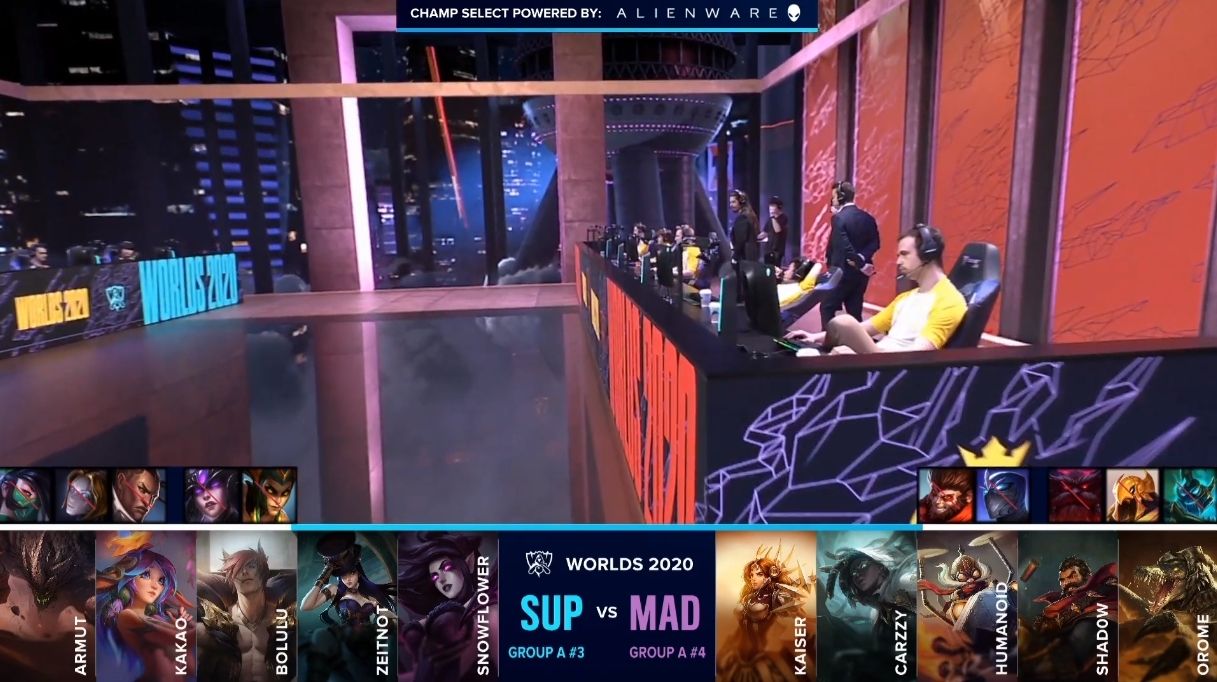 The last game of the series started with an unexpected pick by the Turkish team: Malphite, in the hands of Armut, who took the first kill of the game three minutes after the start.

SuperMassive got first ahead in the gold score despite MAD Lions managed to take a couple of kills, but their three assassinations together with a good lane pressure gave them this slight advantage.

Despite the frenetic start, the next few minutes were pretty calm, with both junglers trading neutral objectives.

The Turkish team increased their advantage taking far more turret plates, and at minute 14 there was a fight in the mid lane where SuperMassive killed four enemies. From that moment, they were the absolute kings of the map, sieging the helpless lions, diving every turret, and getting lots of kills.

Zeitnot‘s Caitlyn arrived at minute 20 with a 6/0/3 score, and this was not the only problem for the European team. 4-0 in turrets, 12-3 in kills, and 2-1 in drakes gave the Turkish team an advantage that led MAD Lions to take desperate measures.

At minute 25, Malphite initiated a new team fight in the mid lane that resulted very well for MAD Lions, who quickly rotated to the dragon pit and started doing the objective… but KaKAO stole it, and four of the European players died trying.

Right after that, SuperMassive took a free Baron Nashor and with its buff opened the enemy base. Once there, they fought the lions while destroying every structure ahead.

After few seconds, Papara SuperMassive destroyed the nexus and won the series.

Tomorrow they will face Unicorns of Love in a new Bo5 to qualify for the Main Event. MAD Lions goes back home.

Teams To Watch At Call Of Duty League’s Atlanta Weekend

Give Your Kitchen a Grand Makeover with a Natural Stone