Popular League of Legends and Fortnite streamer Imane “Pokimane” Anys is partnering with the University of California Irvine to launch an esports scholarship program. She donated $50,000 USD to help support tuition and fees for students pursuing a career in esports.

In an official UCI statement, Pokimane shares that it thrills her to start this scholarship fund. She herself faced difficulty when studying at McMaster University while streaming full-time. “I love being able to share my experience of how I got to where I am today in hopes that it will help others who are on their way.” She continues, “I’m also especially happy to be supporting UCI’s esports program because their students are focusing on gaming in addition to pursuing their college degrees – which, I can say from experience, isn’t easy!”

UCI will set the scholarship to take into effect in 2022, where a single student will receive the Pokimane Scholarship. This will be an annual selection, and there’s no limit to how many times a student can receive the award. Additionally, this is the first endowment received in the history of their 4-year esports program.

finally announcing something i’ve been working on for months ^_^
i’m sponsoring four @StemAdvantage scholars & I’ve created the “Pokimane Scholarship” with @UCIEsports, which will be continuously awarded every year! 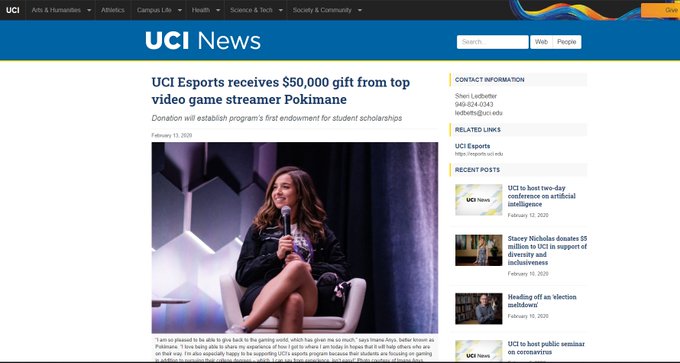 UCI’s esports teams compete in many League of Legends tournaments, even being crowned national champions in 2018. The UCI Esports Arena is also an important factor in the success within their esports program. Students who major in esports and gaming have backgrounds in computer science and media with one goal in mind: to be successful in this quickly growing industry.

The Director of UCI Esports, Mark Deppe, shared his thoughts on the generous donation as well. “The gaming community contributes so much passion and energy to the world of esports, and we are thrilled to recognize and reward some of the outstanding leaders.” He continued, “I am incredibly thankful for Poki’s generosity, and I hope this will inspire other successful gamers and streamers in the future.”

Pokimane has 17 million followers throughout her social media, resulting from her successful video game streaming and content creation. She strives to create a safe community for her fans so they can all connect and share their love for gaming. Her donation is another step towards her impact in esports and video games that will last a lifetime.

She is also planning to sponsor 4 STEM Advantage scholars. As announced on her stream last night, “I’ve been working for so long because I wanted to figure out a way to give back to both esports — the community, which I’ve gotten a whole life out of.” She continued to speak about the importance of education in her life and how much she cares about giving back to the community.

If you missed @pokimanelol latest twitch stream, she announced her donation to support 4 STEM Advantage scholars!!! We can’t thank you her enough for her support towards minorities in the #STEM community. It’s been a long process and we are so excited the news is finally out! 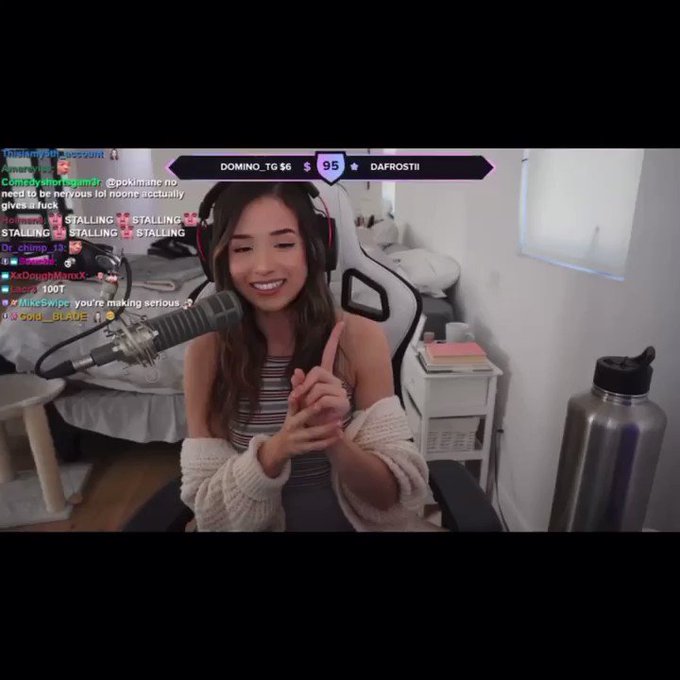 This is one of many instances that have taken place this year that combine education and esports. Just recently, PlayVS teamed up with Riot Games to bring League of Legends to high schools all over North America.

League of Legends: Best Champions to Play on Patch 10.4