Home » eSports » Riot: The LCS was the third most popular pro sports league among young people in the US in 2019

The end of the year is quickly approaching, and as North American League of Legends fans look back at 2019, there are plenty of things to celebrate. The LCS welcomed in several new partners, had great viewership numbers, and was even one of the most popular major pro sports league among young adults in the U.S., according to Riot Games’ 2019 LCS year in review post.

Riot said that the LCS was the “third most popular major professional sports league in the U.S. among 18 to 34-year-olds based on live average minute audience (AMA),” according to data compiled by Nielsen. No information was provided about what sports were ahead or behind the LCS in 2019, however. 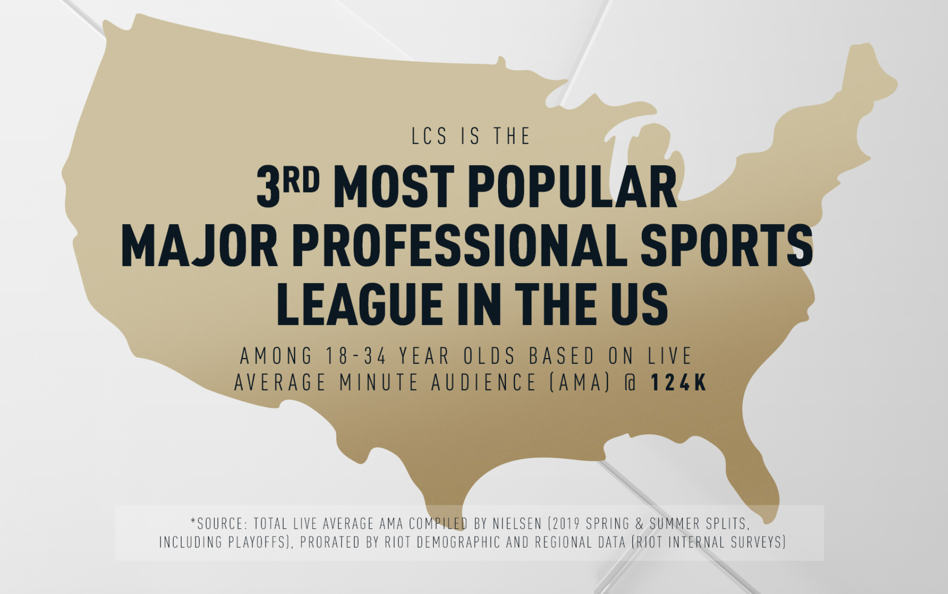 Over 53,000 fans watched live League stateside over the course of the year, whether it was at the LCS Studios in Los Angeles or in Detroit and St. Louis for the season finals. In fact, the LCS helped boost Detroit’s local economy by a whopping $5.44 million.

29 different characters were used during the Super Smash Bros. Ultimate Top 32 at Glitch 8

Seattle Surge coach Nubzy on Enable's return: "We expected way too much, way too fast"

The Division 2 Update 10.1 Coming Later This Month
We and our partners use cookies on this site to improve our service, perform analytics, personalize advertising, measure advertising performance, and remember website preferences.Ok