Every game launches with some issues. Whether they be intentional design decisions, crazy bugs, or otherwise decisions made that leave the player base wondering why. This is often coupled with larger games since the bigger the game, the more things need to run together and the more systems that can go wrong. And there are few games that are bigger than RPGs. 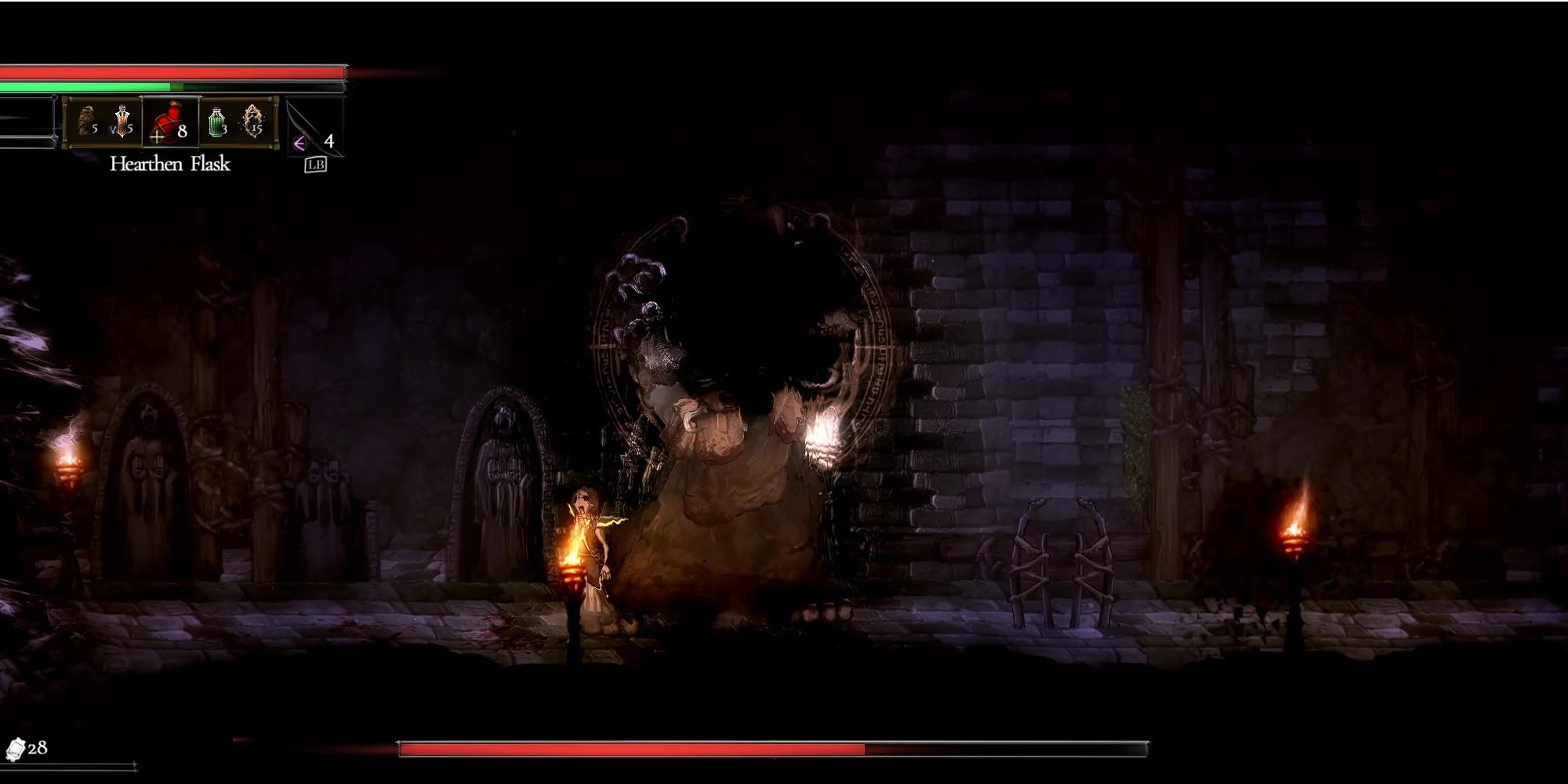 Traps are not unique to RPGs, especially in the Soulslike genre. Traps aren’t even new to Salt and Sacrifice, as they were very much present in the game’s predecessor, Salt and Sanctuary.

The decision to put traps in the game isn’t one that should be questioned, really. What makes no sense, however, is how hidden and instant they are. Traps deal near unavoidable damage unless your reaction speed is unmatched, and most of the time, you won’t know there’s a trap somewhere unless you’ve already experienced the painful end of it. 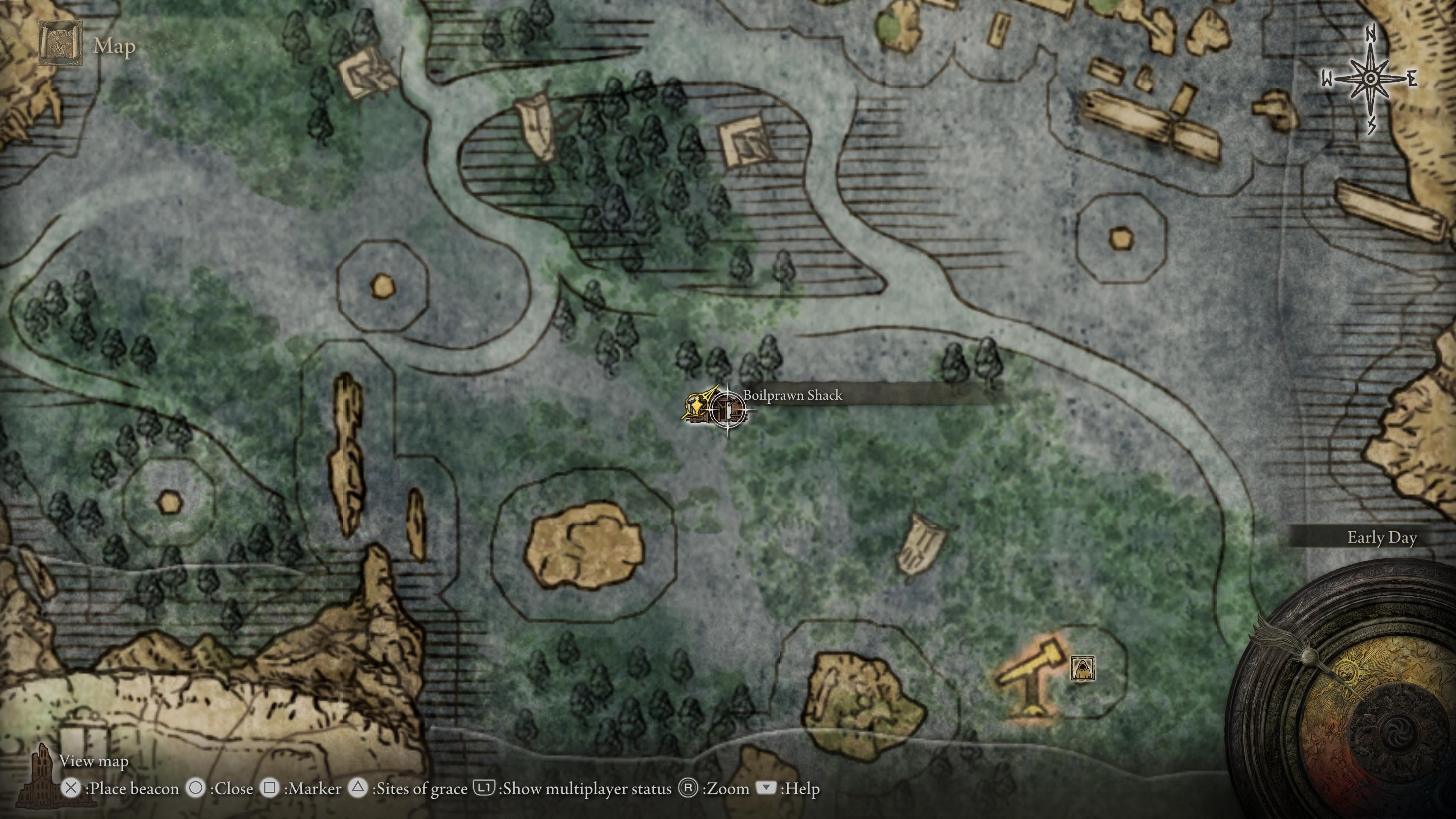 Souls-like games have long avoided maps. FromSoftware games didn’t even use maps until Elden Ring. These games rely heavily on rewarding players for knowing where they are and being incredibly interconnected through unlocked shortcuts.

However, Salt and Sacrifice also has roots in the Metroidvania genre, which utilizes shortcuts and previously locked areas while also supplying the player with a map. The exclusion of a map feels odd and doesn’t work as well as in other souls-like games primarily due to the 2D side-scrolling aspect of the game.

8 Wait, Is This Monster Hunter? 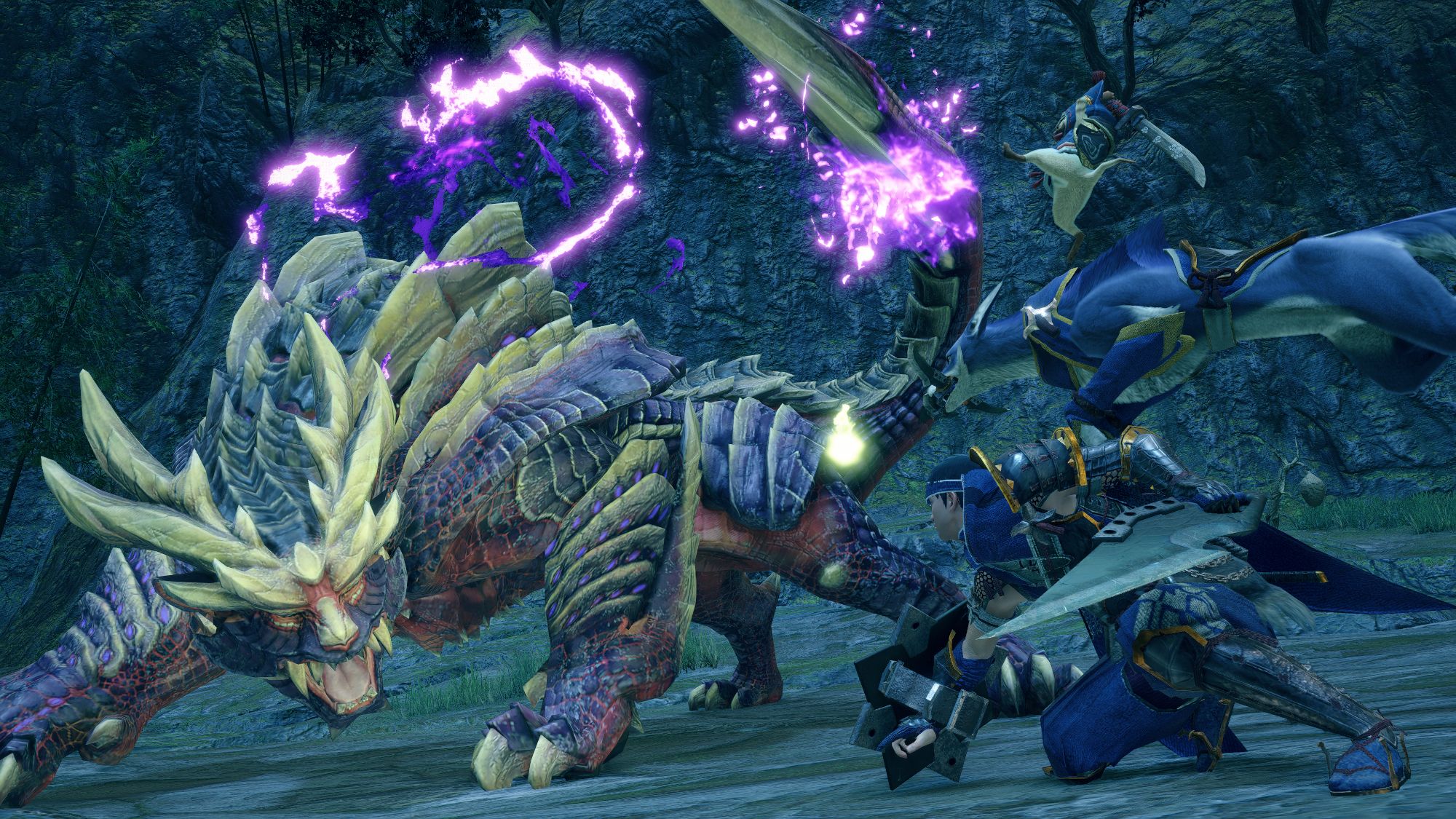 Salt and Sacrifice also attempts to combine its Soulslike and Metroidvania roots with a new source of inspiration. Monster Hunter. Finding traces of a mage that they left behind and then traveling throughout the map to hunt them down, eventually ending in a boss arena at a designated point in the level.

While the mechanic itself isn’t bad, per se, it feels off. The reuse of so many boss arenas, having to reach a mage only for them to teleport away, having to fight through tons of little enemies throughout the level – it all culminates in a lesser experience. 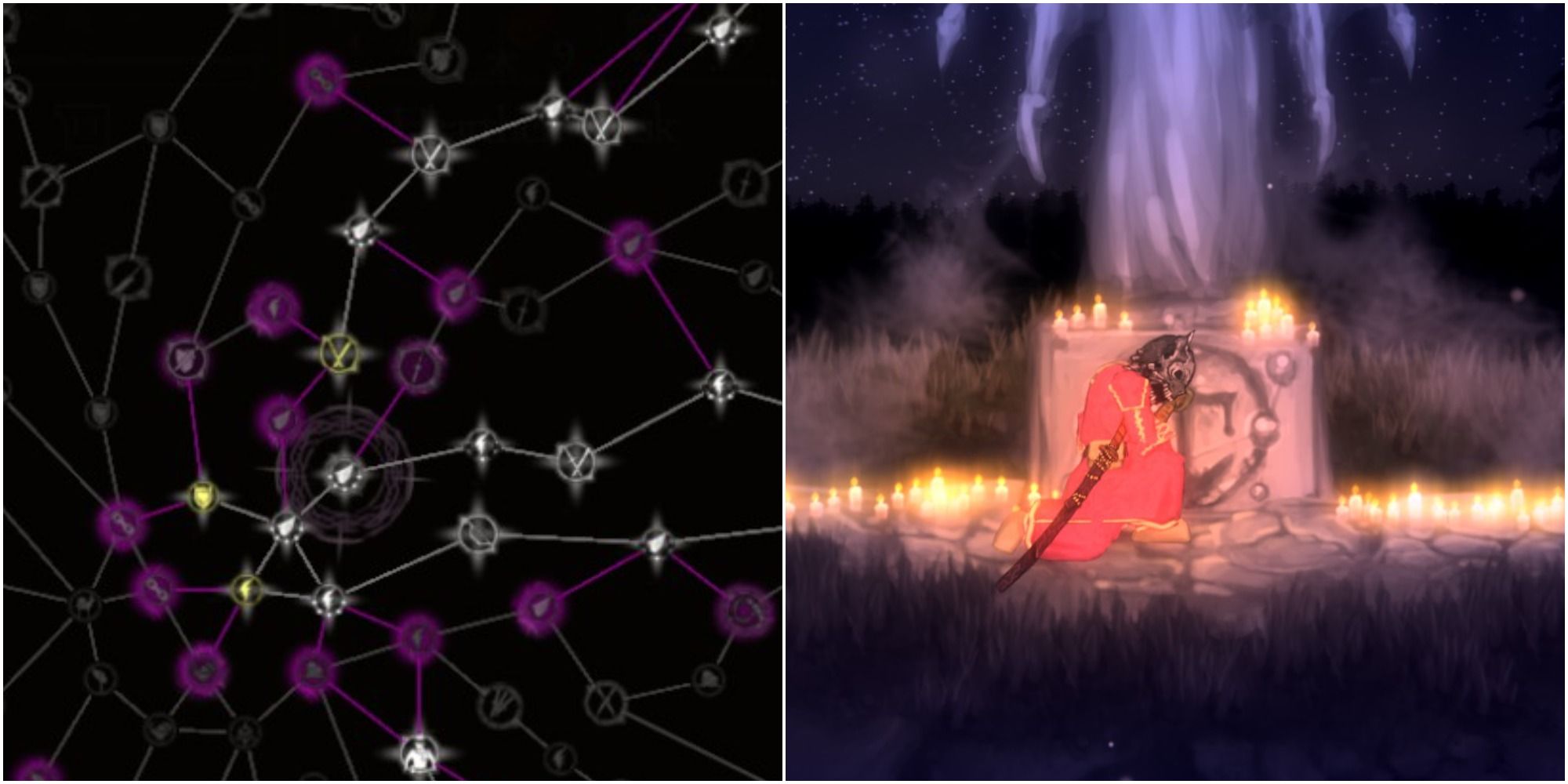 Role-playing games have become synonymous with large skill trees at this point. Design-wise, it seems developers often think the more skills, the better. You have to look no further than Grinding Gear Games’ Path of Exile to see proof of that.

Salt and Sacrifice is no different. There are hundreds of potential skills at your disposal, all of which create this interconnected web of confusion. The result isn’t more skills to make you more powerful. It’s the same amount of power only divided into nearly unnoticeable incremental upgrades.

6 Can I Get Some Guidance Please? 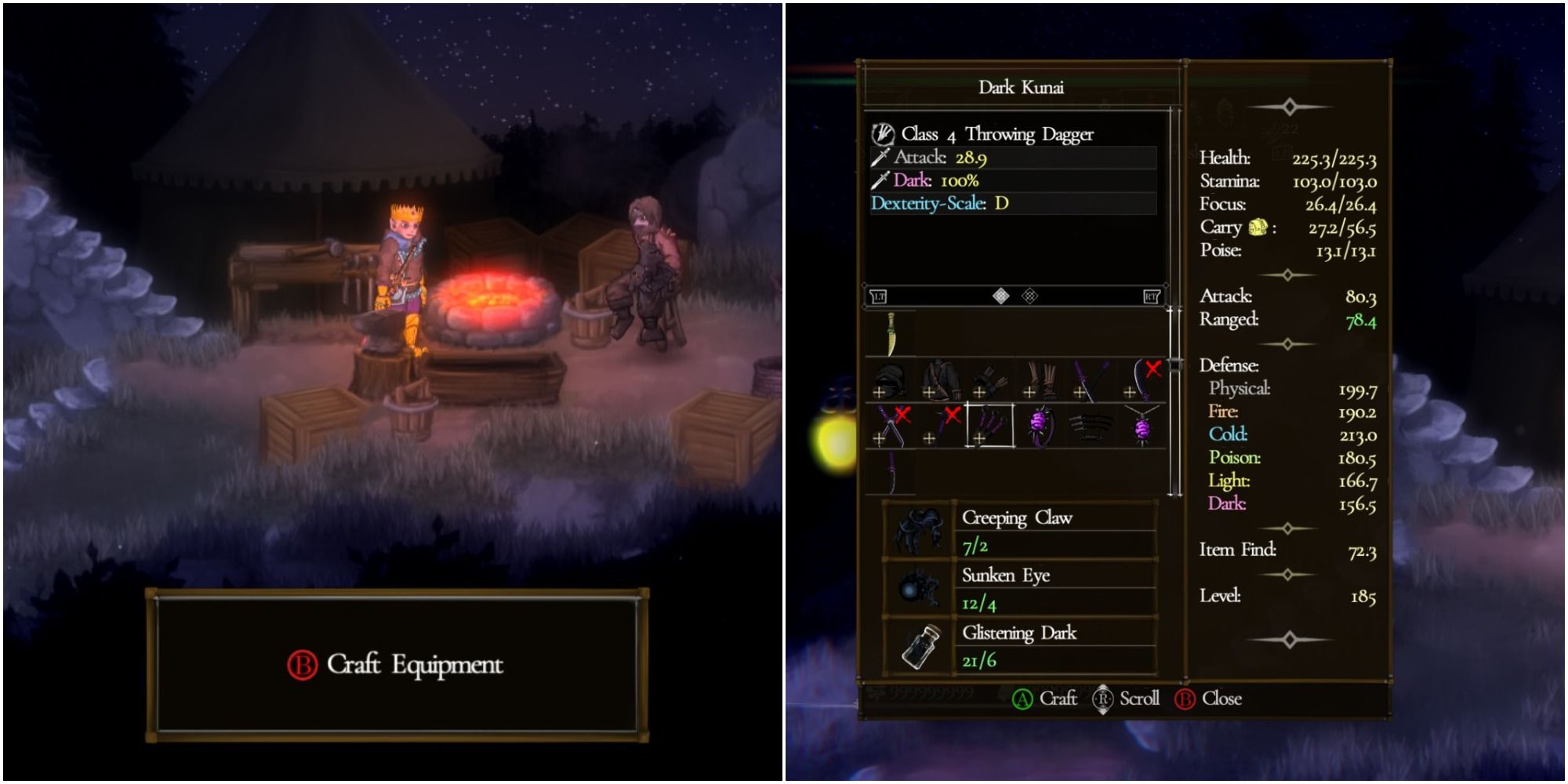 Crafting. You may love the experience of accumulating craftable materials throughout the world and using them to form new gear. You may not. In Salt and Sacrifice, crafting isn’t just a system added to the game without thought, it serves its purpose.

What makes no sense is how much guesswork goes into crafting. Finding a new weapon or armor that you want to craft only to not know basic information without scouring other sources. Even being able to easily compare your current item and an item you’re looking to craft isn’t easy. Why make it so complicated and force players to look elsewhere or travel through menus over and over to find the information they’re looking for? 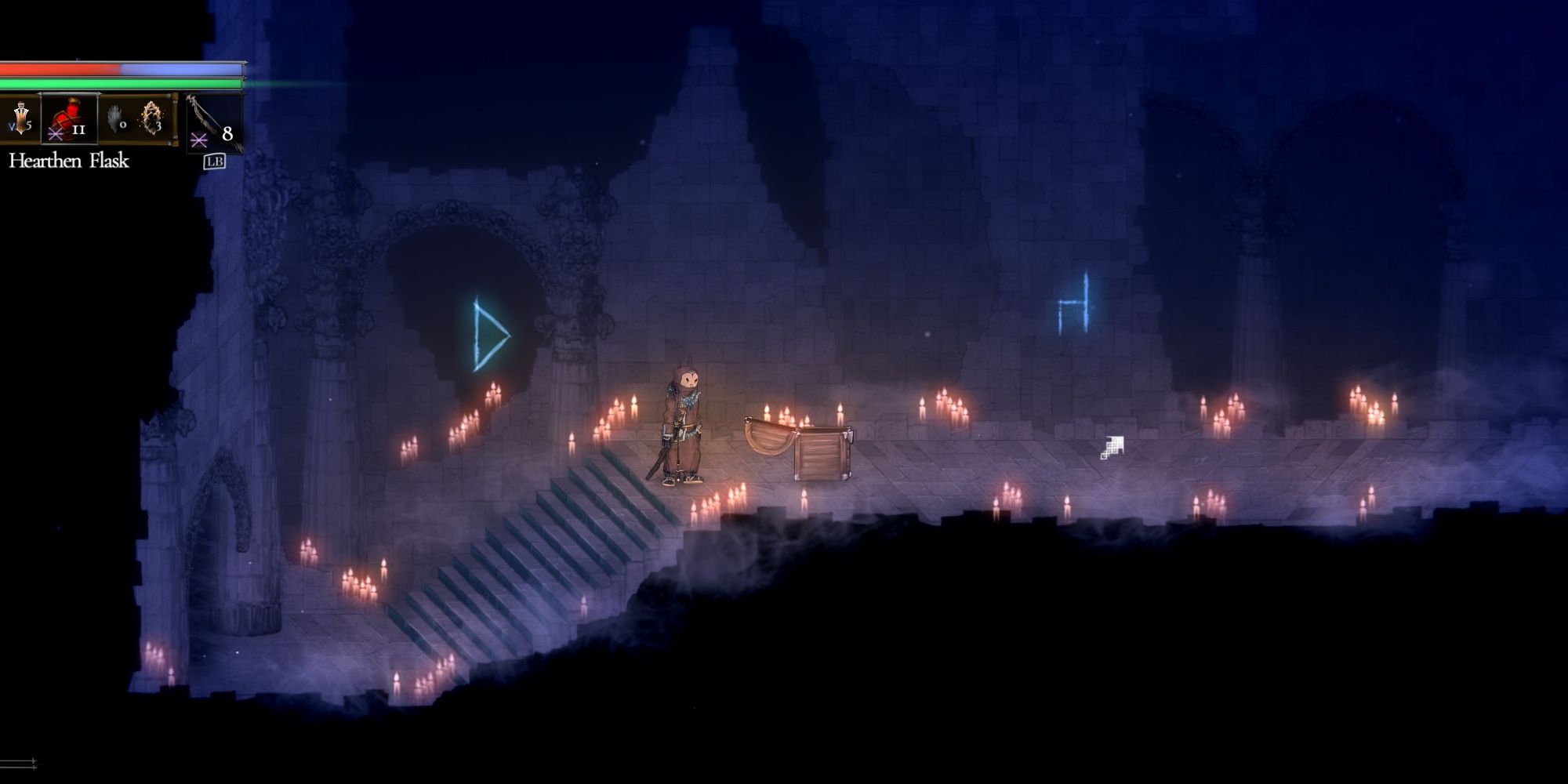 In Dark Souls games, bonfires are almost like safe refuges where you can sit down and prepare yourself for what’s to come. You can be rest assured that, as long as you’re near the bonfire after you get up, you’ll be safe. No enemies will sprint towards you out of nowhere.

Salt and Sanctuary doesn’t always do this. What are meant to be moments of respite and calm can often be roaming with enemies waiting to pounce on you the second you stand up. Worse still is respawning at one of these sites after a death only to be swarmed and killed again, losing all your salt. 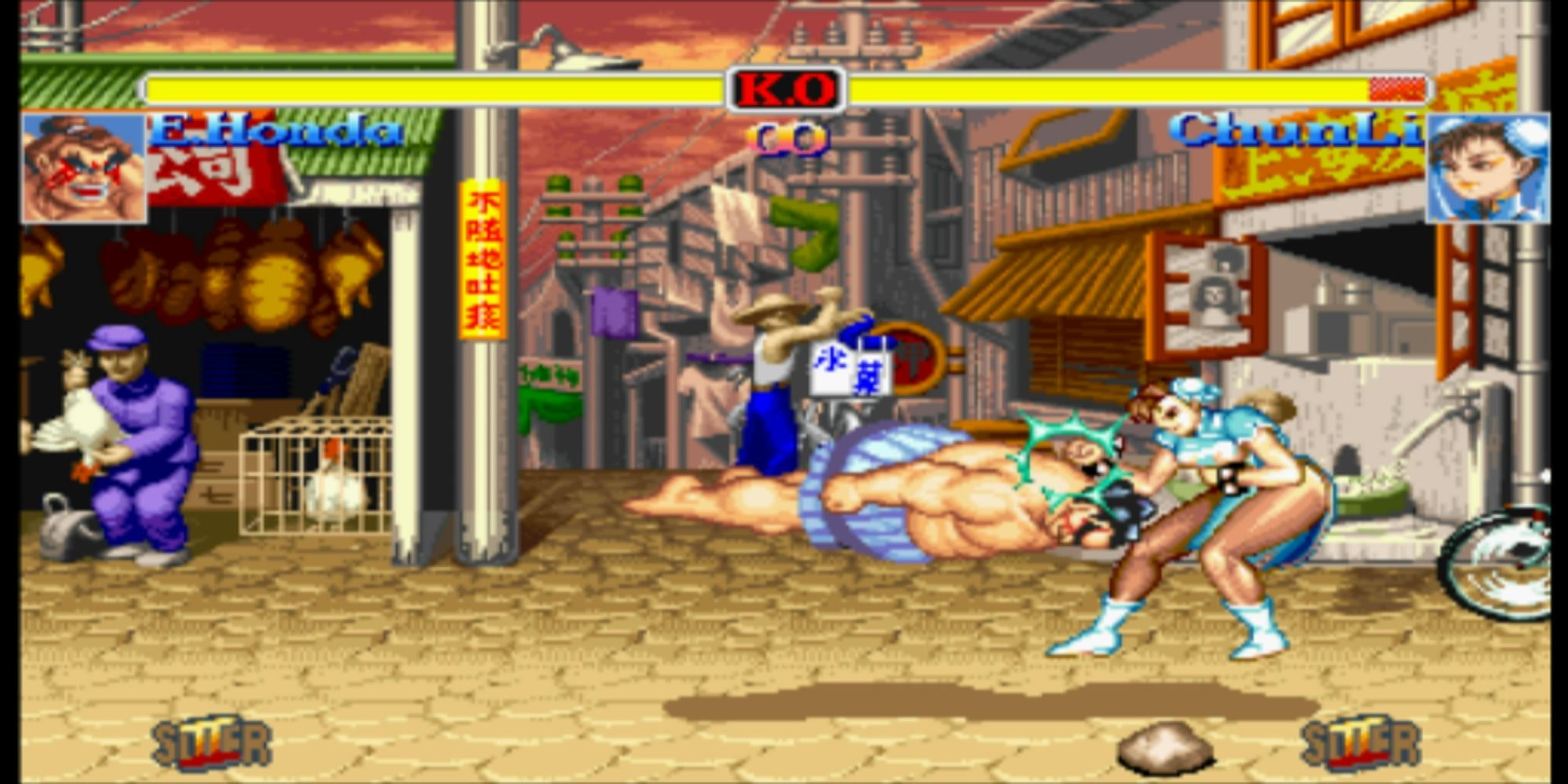 In fighting games like Mortal Kombat or Street Fighter, when someone combos their moves together to stun lock the opposing player in the air, it’s called juggling. In games reliant on player versus player skill, juggling makes at least a little bit of sense. After all, you have to time your attacks perfectly.

In Salt and Sanctuary, though, you can get ragdolled into the air by an enemy, a mage, a trap, anything really. If more than one attack hits you, you’ll be juggled in the air, unable to do anything. Why? 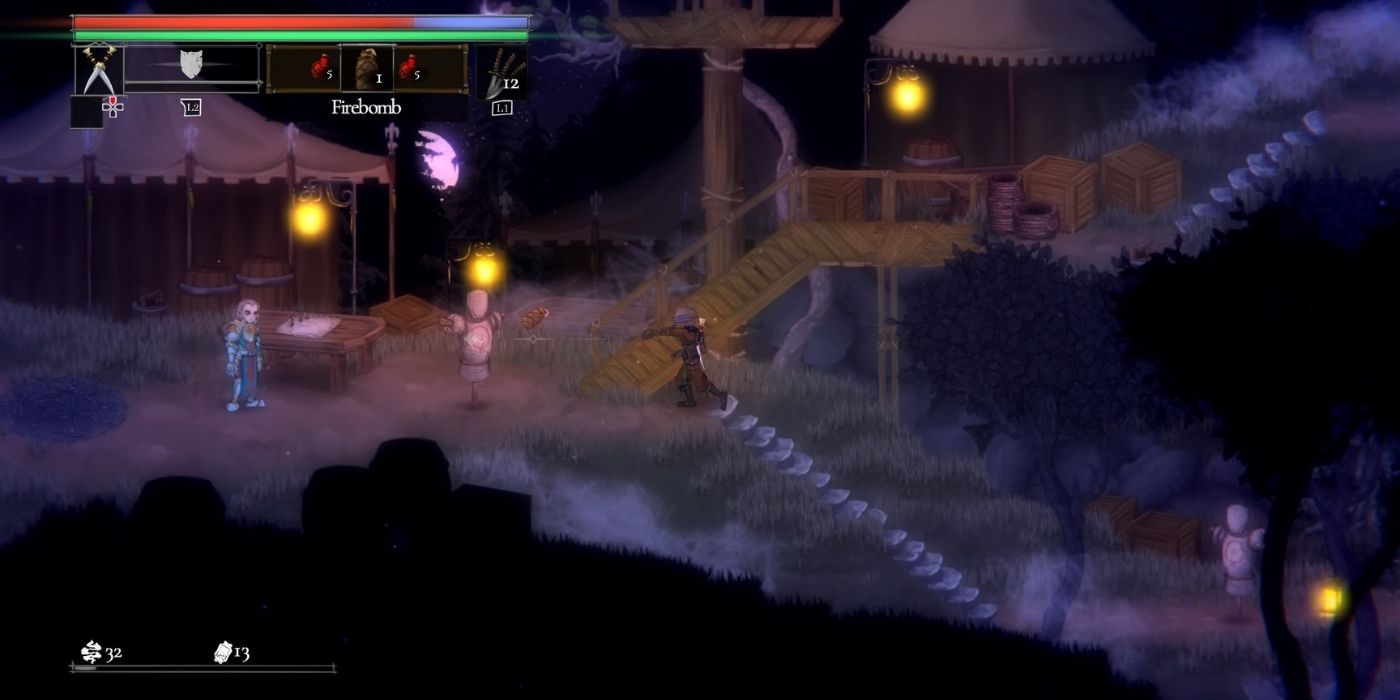 Salt and Sanctuary takes a little health and stamina off the top of your maximums when you die. This effect can be removed by using a consumable, but why does it exist in the first place?

The only other Soulslike game in recent memory to do this was Dark Souls 2, and the player base didn’t like it then, either. That’s because it doesn’t make any sense. In a genre of game where death is not only inevitable but almost encouraged, why punish players further with a mechanic like this?

2 Not Regenerating Stamina When Stunlocked 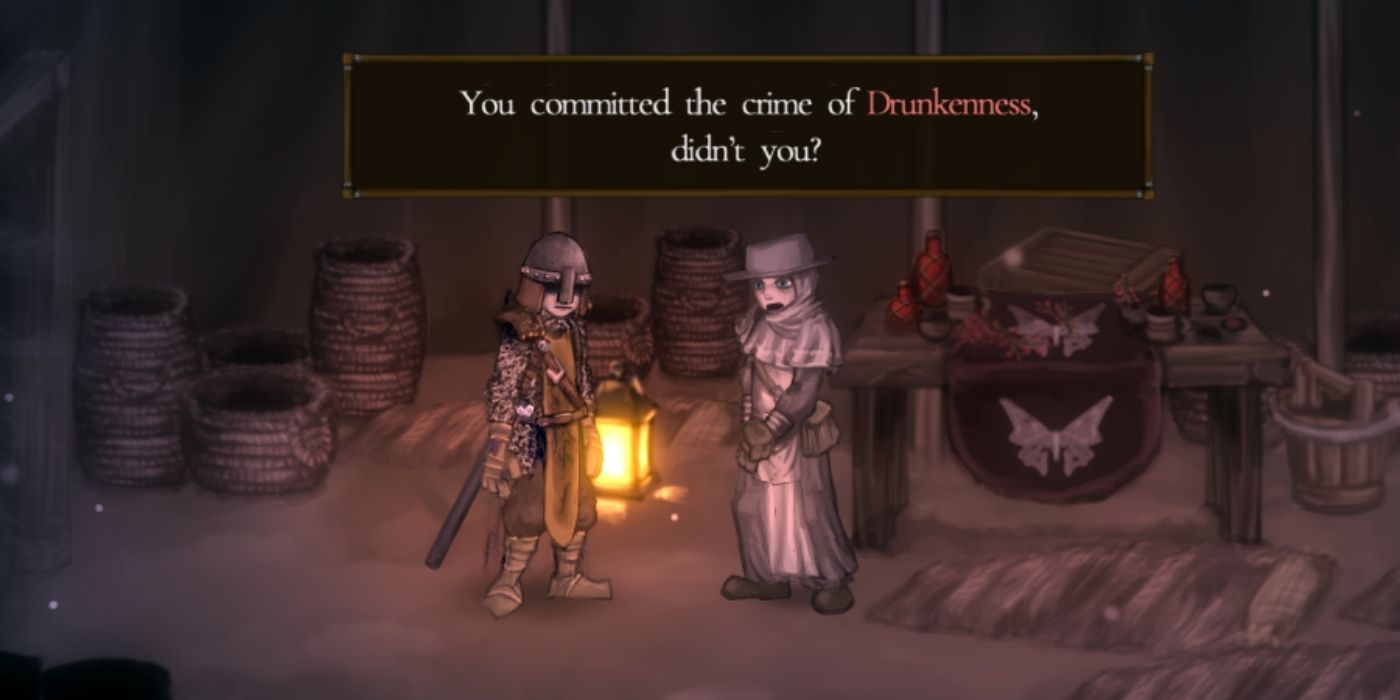 Remember when we discussed juggling? There’s another bit of info that makes that mechanic even more infuriating that happens every time your character is stunlocked. Not regenerating stamina.

It’s one thing to have stun locking attacks and mechanics in games. In souls-likes, this is usually the result of an enemy breaking your poise or you blocking while out of stamina and staggering backwards. Salt and Sacrifice has these, sure, but you also can’t recover from them with a follow-up dodge or block if they happen to you. 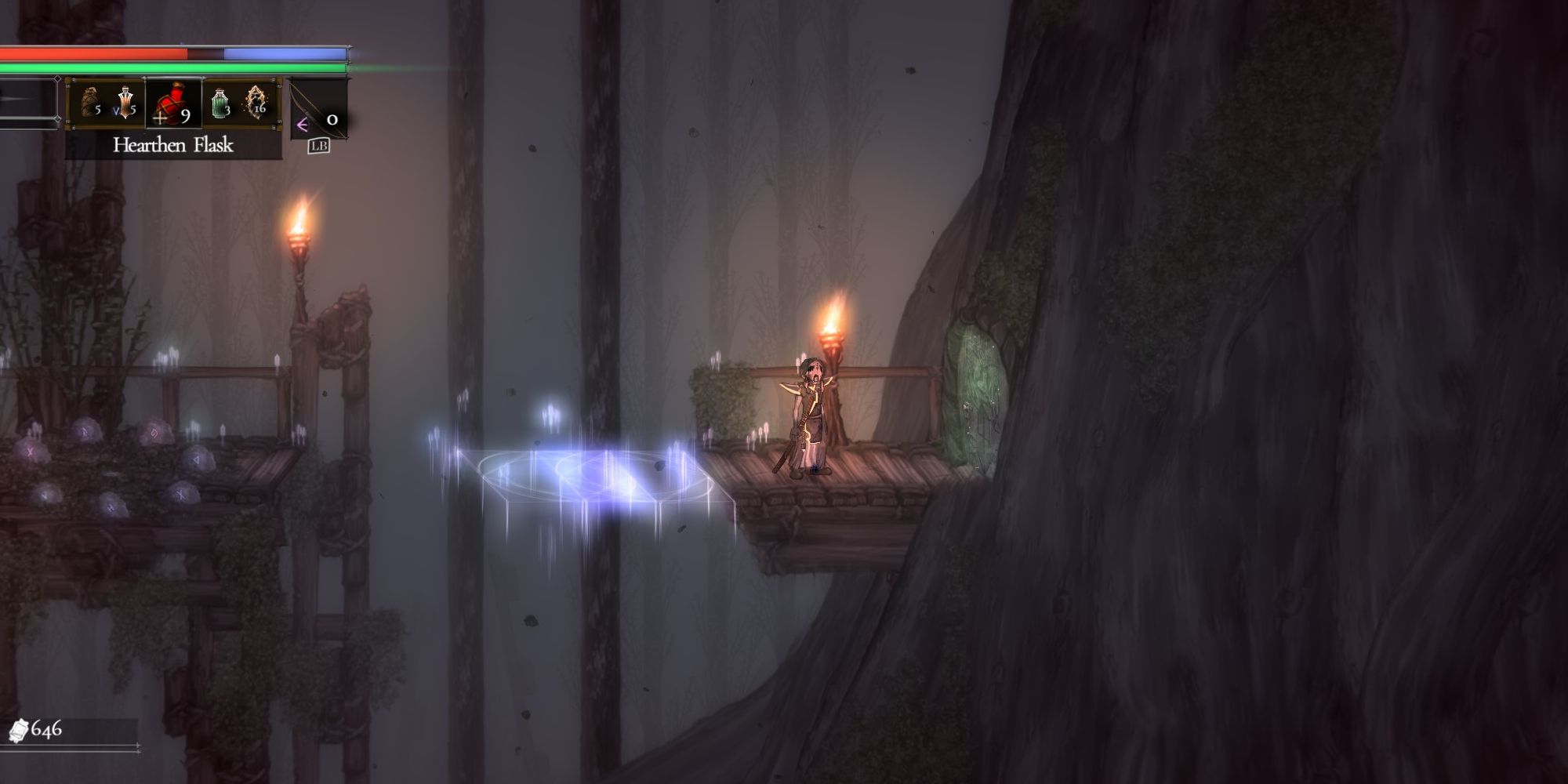 Shortcuts and hidden passageways are all fine. At best, they’re clever bits of level design that make you appreciate the level’s interconnectivity. At worst, they serve as insurmountable roadblocks that simply block off areas. Salt and Sacrifice has both.

Here’s Doom Running On A Calculator Powered By Potatoes