\Not to be confused with Beyblade, the 1999 toy sensation involving spinning tops, GayBlade is the 1992 computer game developed by Ryan Best. It’s also super, super gay. And you can play it now through your browser.

You might have heard of GayBlade from the recent Netflix video game documentary series, High Score. In episode three, “Role Players,” Ryan Best is interviewed on his development of GayBlade and its important role in the history of LGBTQ+. He says that he mostly made it in response to the rampant institutionalized homophobia of the ’80s and ’90s, and making a video game was the best method he could think of to fight back. 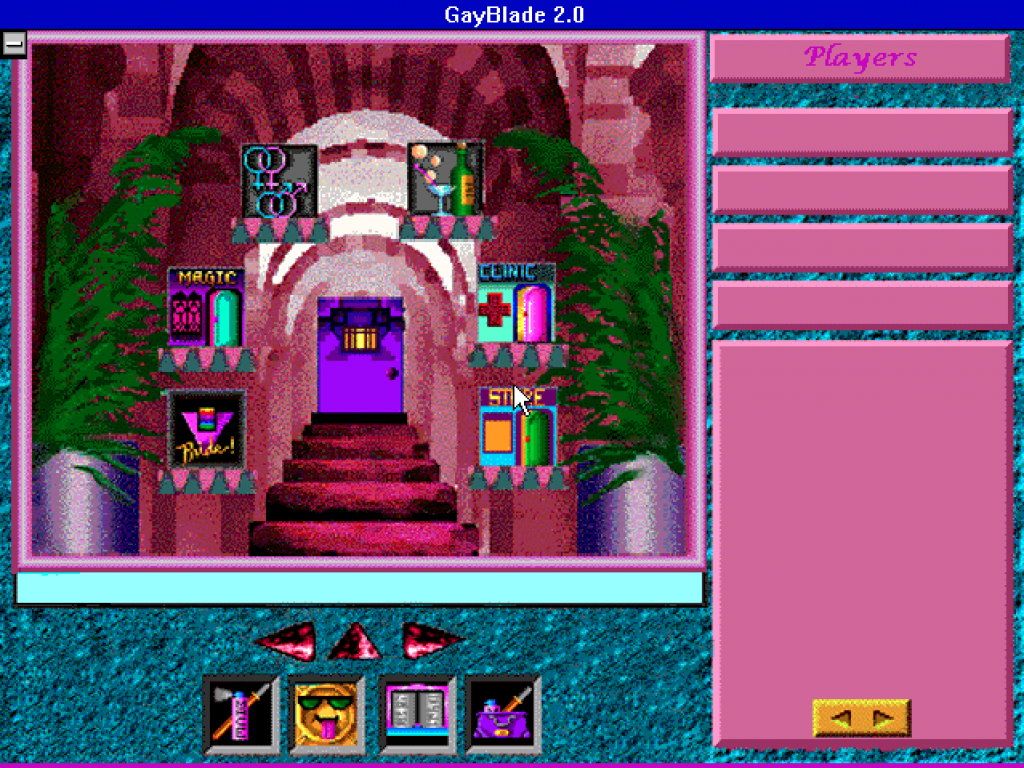 GayBlade takes much of its inspiration from contemporary RPGs, which themselves were largely based on Dungeons & Dragons. Instead of Paladins and Bards, GayBlade had classes like Queers and Lesbians. Instead of swords and shields, player characters were armed with mace, press-on nails, and hair dryers. Armor included leather jackets, tiaras, “and of course, condoms.”

Players start in Castle GayBlade, roll up to four characters with the same stats as D&D, and then go to the general store to purchase their arms and armaments. Best recommends players invest in lighters so that they can see in the dark. They’re like torches, only smaller.

As soon as players enter the dungeon, they’ll be assaulted by homophobic rednecks, skinheads, and crabs. Why crabs? Apparently because Best acquired an infestation of pubic lice in high school and felt like they’d make a great monster in an RPG. 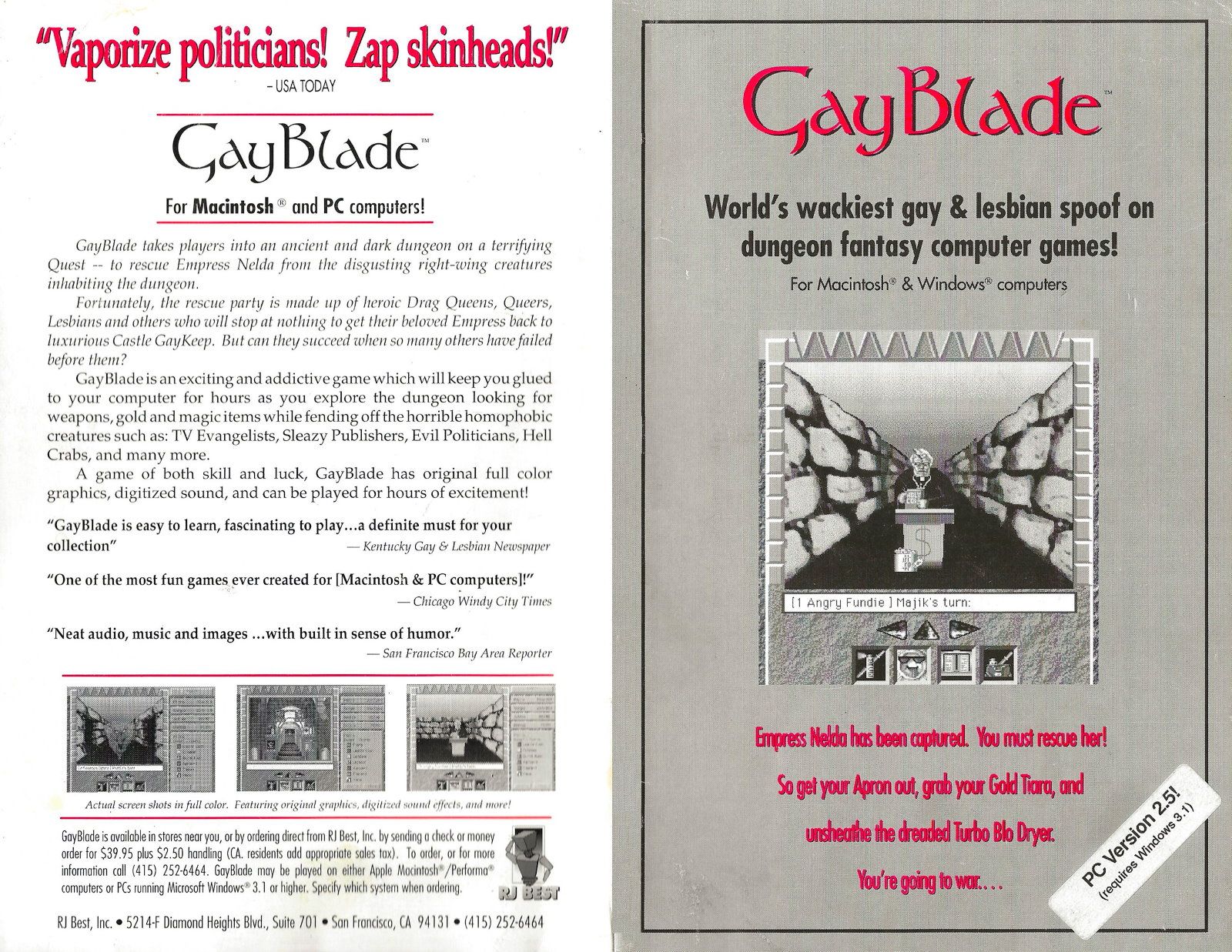 Players are on a quest to defeat the evil Lord Nanahcub, which is just Buchanan spelled backward. Lord Nanahcub serves as a stand-in for Pat Buchanan, whose views while in public office made him an easy villain for a team of homosexual protagonists.

GayBlade was believed to be lost after a move, but it was later found with the help of social media and the LGBTQ Video Game Archive. Now you can access the game on the archive to play it via software emulation through your browser.

GayBlade doesn’t exactly hold up to modern RPGs, but it’s still incredibly important for being one of the earliest examples of LGBTQ+ representation in games.

GTA 6 release date news: Next Grand Theft Auto could be further away than we think

How To Master The Wild Area In Pokémon Sword & Shield