Last week, I saw a press screening of the 505 Showcase unveiled to the public today. Focusing on a lot of new titles for the publisher in its first ever showcase of this kind, it seems to exist as an elongated sizzle reel for some upcoming games – even though the very idea of an elongated sizzle reel feels like a contradiction in terms. But yet, it seems fitting. Essentially, it felt like a series of teases for upcoming projects, offering enough to whet our appetites, especially for those of us enamoured by 505's biggest hits like Control, Death Stranding, and No Man's Sky. There was nothing quite on this level, but you might have said the same for Indivisible, Limbo, and Don't Starve when they were first teased, and all went on to become indie darlings for 505 Games.

As well as the clips and talking head explanations from the various studio reps, the press also had the chance to ask a few questions on each game. For anyone who missed the 505 Showcase, or caught it and just wants to dig a little deeper, we've provided this round-up of all the games on show and a few of the best answers the devs gave in the aftermath. 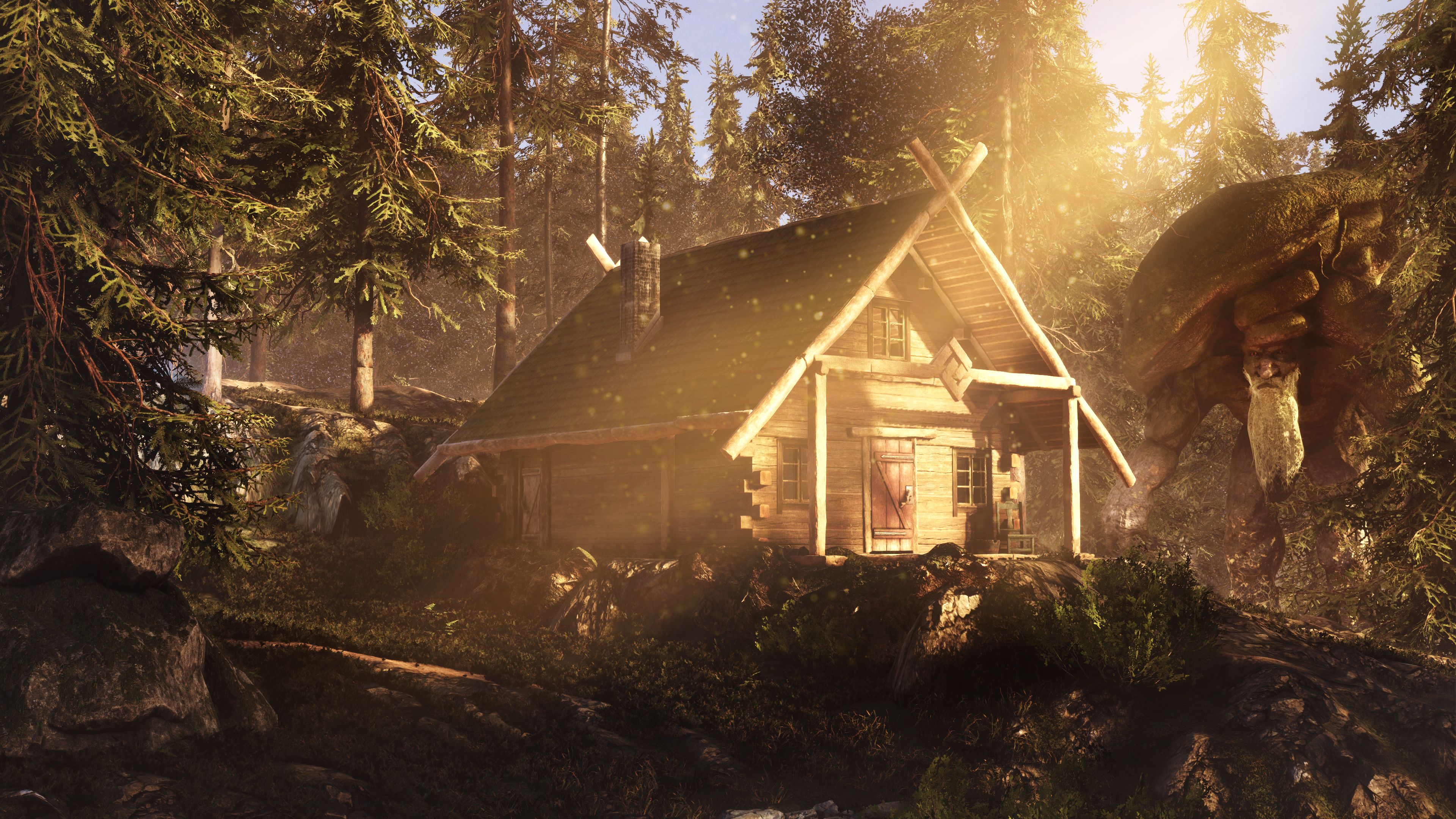 Among The Trolls is an indie survival game, set in a mystical woodlands, where you must deal with Norse folklore and build a homestead by gathering wood and rocks before venturing out into the unknown with your own homemade weapons. It sounds a helluva lot like Valheim, and I've been unable to shake that feeling ever since seeing it. There is some difference – Finnish myths are less exhausted in pop culture, for one thing – but ultimately it feels as though this will be hit with a lot of Valheim comparisons. Maybe that's a good thing: Valheim is great and consistently popular even past its initial pandemic height. There's also a lot more magic in Among The Trolls, possibly giving it an edge. Among The Trolls hits PC in early access some time in 2022.

Can you share just a little bit more about the story of Among the Trolls?

Of course. At the beginning of the game, you have to decide to play as Alex or Anna. Your family originates from Finland – in the past quite a lot of Finns moved to the US, and a lot of people that moved there kept their folklore and traditions; and you are among those moving back to Finland to get back to your roots. But something is happening while you're on your way to meet your grandparents: suddenly a giant pike destroys your boat, dragging you down into the bottom of the lake. When you wake up, you’re feverish, tired and you need to find a way to survive. As summer nights are quite cold in Finland, it won't be just an easy stroll through the forest to find some mushrooms.

This journey takes the player into his/her family shamanistic cultural roots and hidden past. The story will take the player through the whole world and quests to find out what happened to his grandparents, what his/her cultural roots are and what’s there in the heart of the winter.

Stray Blade is an action RPG with a specific focus on mechanically complex and fast-thinking combat, set in magical medieval times. I think it's lazy writing for me to just keep pointing at Game A and tells you it's like Game B, but it's pretty clear that if you like Dark Souls – or more to the point, the many indie Souls that distil the genre down to its most precise elements – you'll find something to enjoy here. Something unique though is how the world moves – it will continue to move around you as you die, meaning returning to old areas promise something completely new, whether they were once the arena for victory or defeat. That could be a great gimmick if the game pulls it off. We'll find out when it hits PC, Xbox Series X/S, and PS5 in 2023.

There was a question about how weapon mastery changes the fast-paced, second-to-second, gameplay. Can you change weapons once you've mastered it? Can you change different weapons for different situations?

There are special attacks and rune slots that you unlock on the weapons through mastery, but the main thing that impacts the second-to-second experience, when you look at it in a big picture, is that you are not pigeon-holed into using one weapon. You actually craft a new weapon and then you use it because you want the progression. But that also gives you this positive opportunity to just try something new. And once you mastered it, you might say “that was nice, but I really want to get back to my big axe. I don't like the dagger so much” and that's perfectly fine. Often in other games, you get a new weapon, and you are really like “I want to use it because it's new!”. So you put all your skill points into getting better damage for shotguns, and, when you switch to a new weapon, it feels bad, because it's weak. It's new, but it's bad.

For us, all the upgrades that you get through mastering weapons and the skill upgrades are relevant for all weapons. There are no upgrades that are just for one weapon. When you master 10 weapons the 11th weapon benefits from it and by mastering the 11th the other 10 benefit from it. So you can freely move your playstyle around, and I think we strike this perfect balance between forcing novelty. Even if you don't love the weapon you're currently using, it's still new and you will get progression. And then you can always go back to your favourite combo. I truly expect that people will find new combos to enjoy. This way they will have a handful of weapon combinations they’ll use throughout the game. 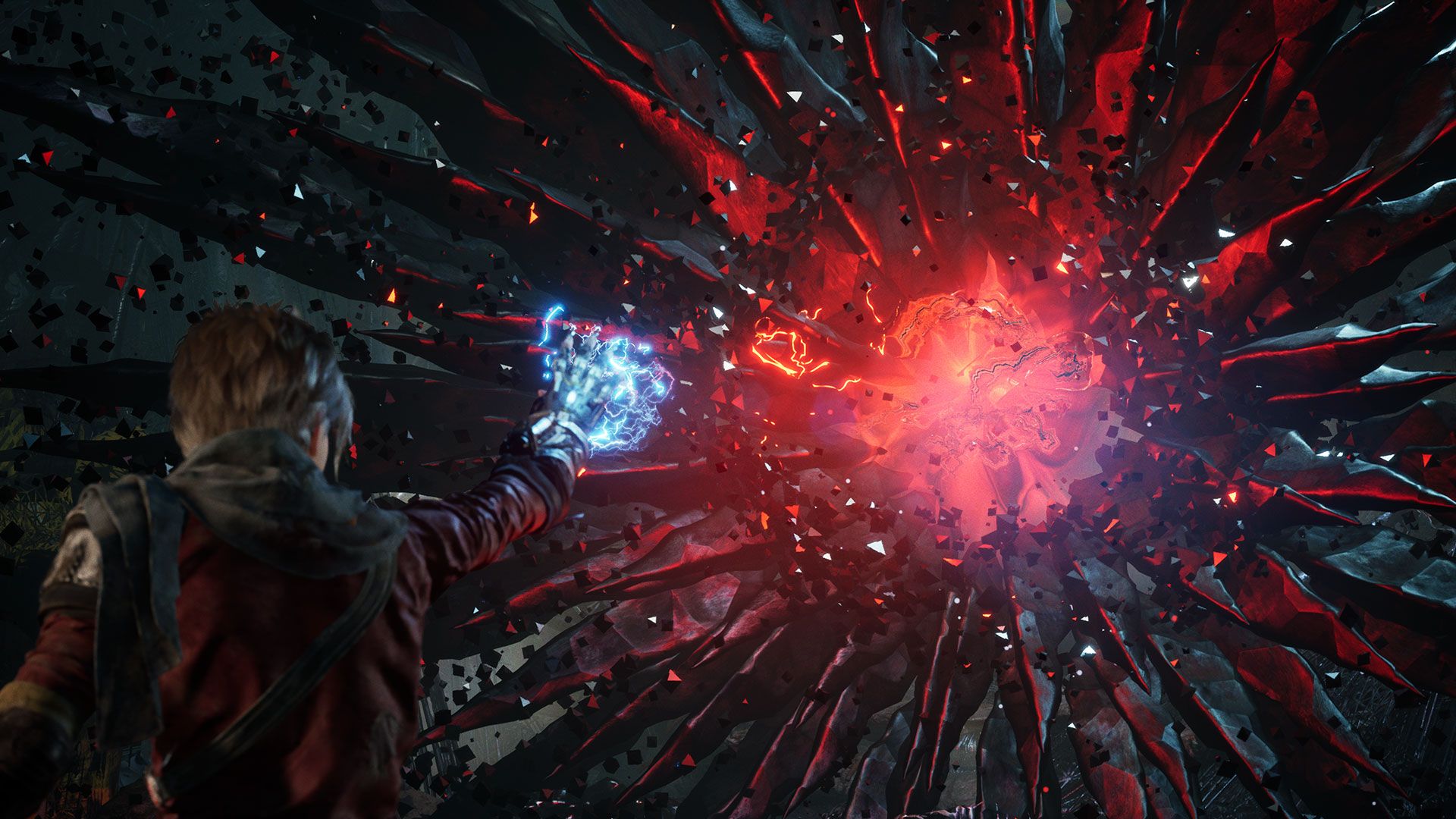 This was the game we saw the least of, and to keep up the tradition of comparing games to other games, we see a character closing a rift with their hand, a la Dragon Age Inquisition. However, they seem to have rudimentary technological assistance in the form of a weird electric glove, and their companion is a robot rather than an exotic gay mage. The crackling logo seems to suggest a futuristic, cyberpunk setting, which goes hand in hand with the electric hand – although that probably stings. It comes from the devs of Corruption 2099, adding yet more proof to the idea.

Coming from Mutant Year Zero, what kind of game will Miasma Chronicles be? Will it once again be turn-based tactics?

It’s a game which focuses on the journey of two brothers in their goal to find their missing mother. The world is set in a grim future, where a phenomenon known as the Miasma dominates everything. We would describe our game as a ‘tactical adventure’, very similar in gameplay concept to our previous title: Mutant Year Zero. We are expanding many elements that our fans really enjoyed in our previous games.