Like all first outings, though, Potionomics isn't without its problem. The game's charm and appeal as a dating sim hide some brutal difficulty spikes, frustrating quality-of-life issues, and some surprising omissions from the overall experience. If the Potionomics team wants to support the game after its launch, then these are a few points well worth considering. 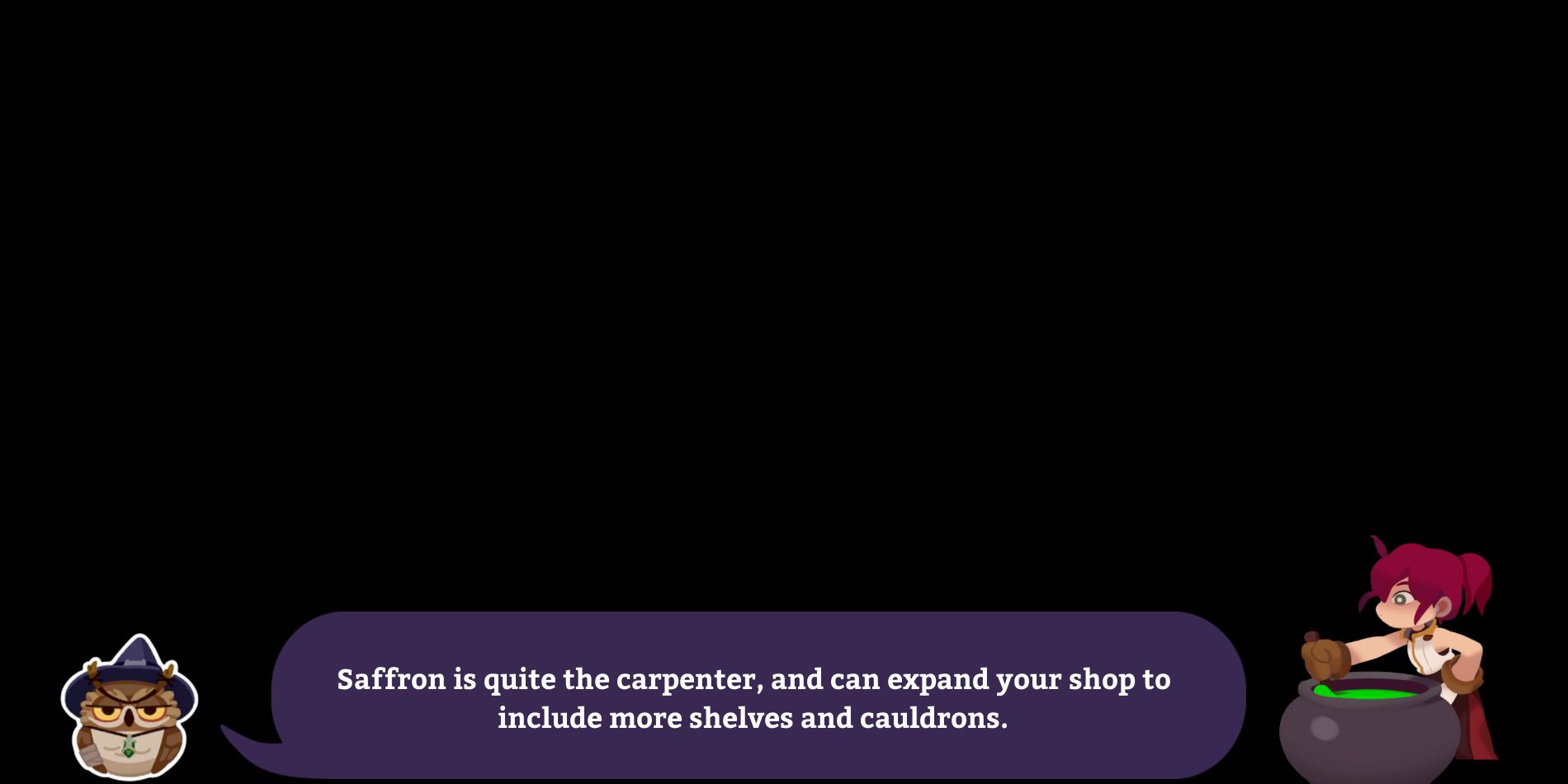 On the purely technical side of things, the loading in Potionomics can often be a drag. While load times are thankfully short, they're extremely frequent, as you'll be encountering them every single time you switch screens. Naturally, you'll be doing this often as you move between potion brewing, heading out on the town, and managing your shop.

Any way to reduce the frequency of these load times would be a huge plus, reducing the annoyance of doing multiple tasks in a short time frame. How easy this would actually be to do is difficult to say, but it's definitely something the developers should look into if future updates are planned. 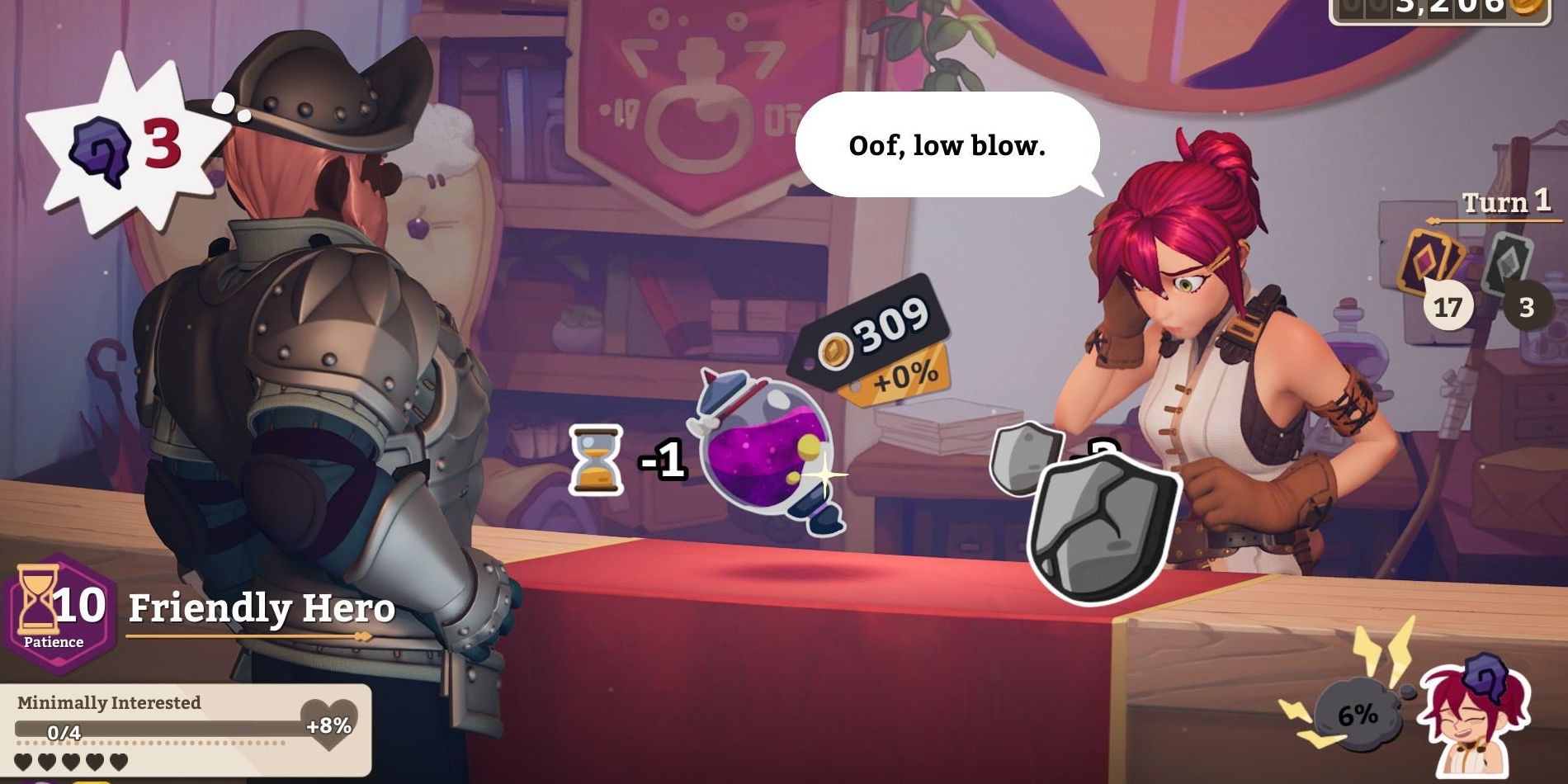 Potionomics is a difficult game, there's no denying that. Its time management is surprisingly tight, and it's easy to make a single mistake that spirals into a borderline unwinnable situation. For anybody looking to get into it because of the cozy aesthetic and dating sim aspects, they might be surprised by how much it asks out of you.

Potionomics's current difficulty is fine for those seeking a challenge, but for more casual players, an easier mode would be great to let them experience the story without all the stress. Alternatively, a sandbox mode that removes the time limit and lets you brew, sell, and romance without worrying about the clock would be a great addition. 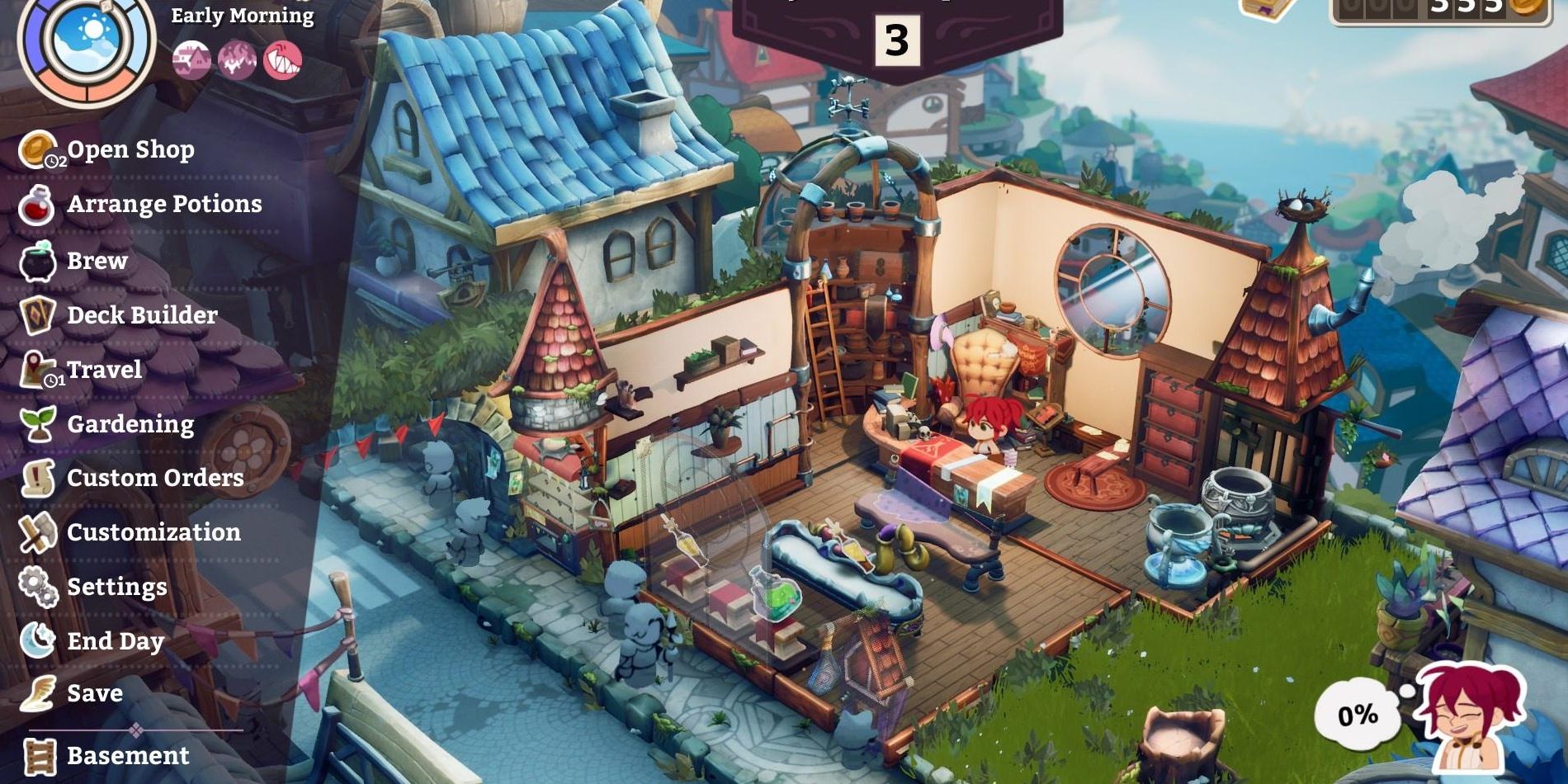 Potionomics, naturally, has several systems that advance with the clock. Brewing your potions is the obvious one, but there are also special orders that you only have a few days to complete, and later a gardening mechanic that allows you to feed slimes materials in order to duplicate them. Keeping up with all of these time-sensitive mechanics can be tricky.

Putting in a few reminders to let you know when something is ready or a deadline is coming up would be a huge help. Ideally, you'd be able to disable them, so they're not bugging you all the time. For players who might feel overwhelmed, though, having an easy way to see what you need to attend to would be nice. 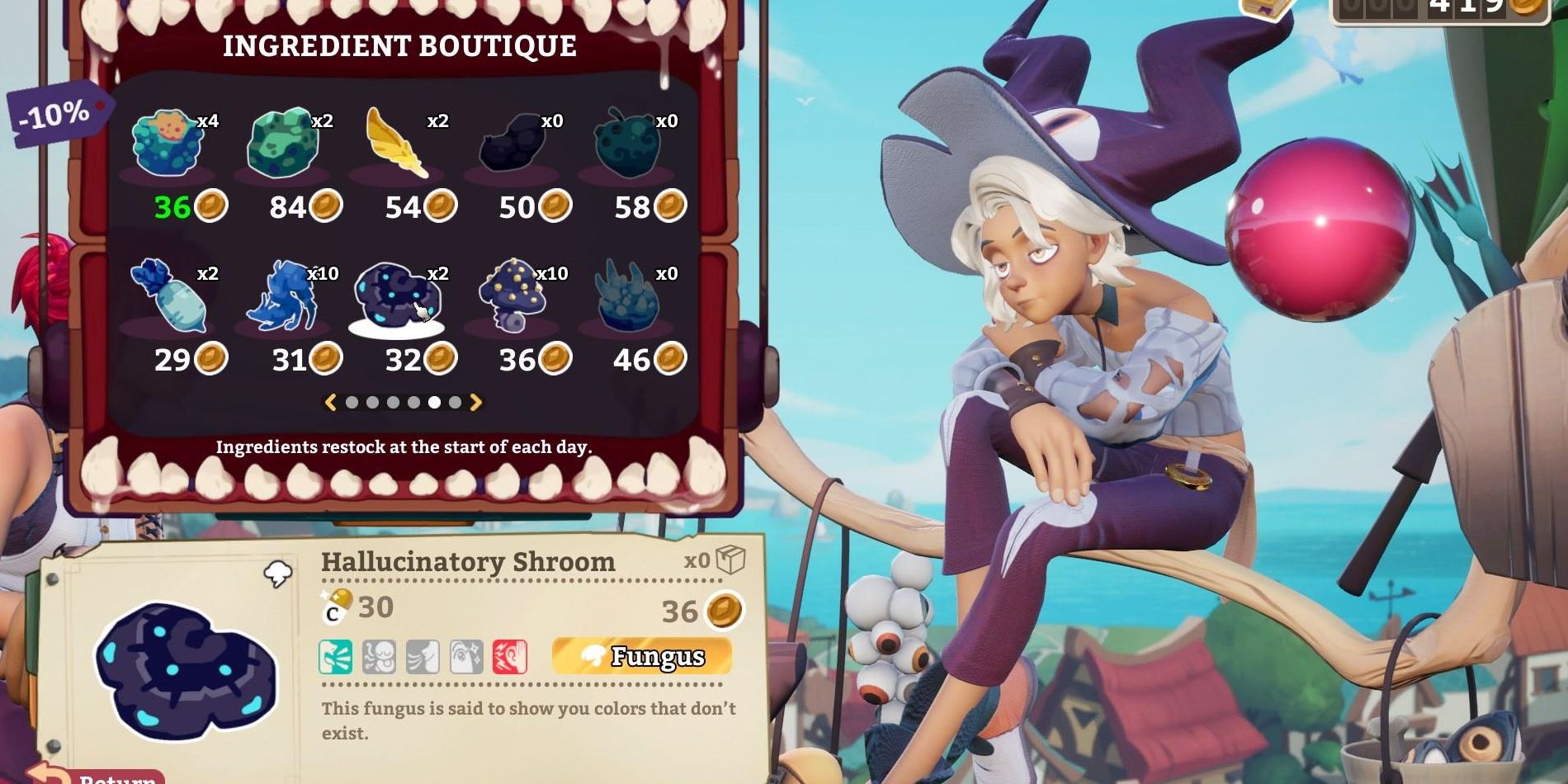 The sorting in the main brewing screen is absolutely fine. You can sort your ingredients, potions, and fuel with a number of buttons. If you want to find an ingredient that provides a specific amount of materials, you can do that. You can also sort by traits, so you know which ingredients influence what.

Unfortunately, that quality of life doesn't extend to much of the rest of the game. This is particularly painful in Quinn's shop, where you can only look at a big list of materials without any way of sorting them into more digestible categories. Being able to focus your shopping on what you specifically need would be really helpful. 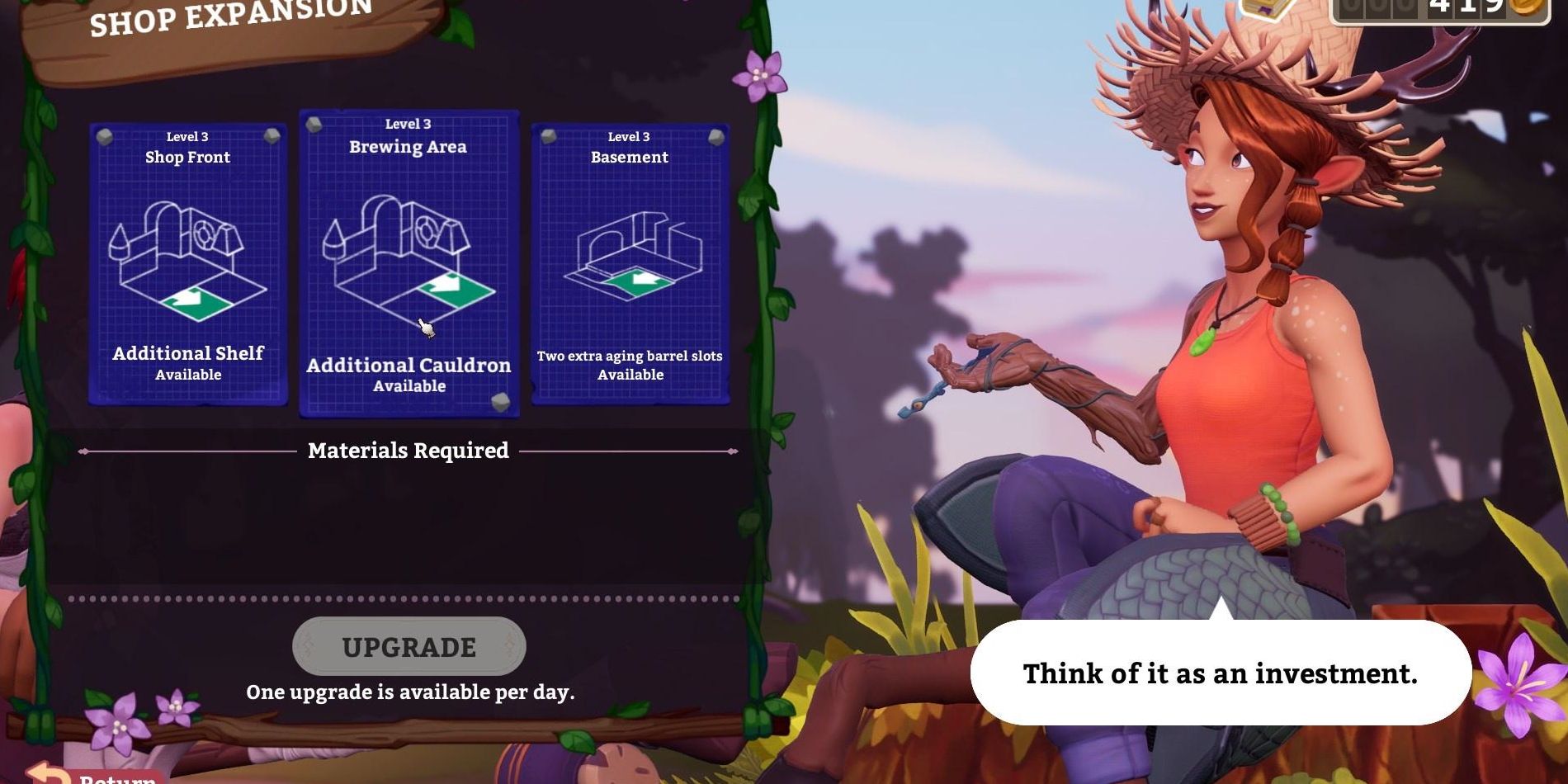 The animation work in Potionomics is absolutely incredible, there's no doubt about that. Every character is full of life and whimsy, with exaggerated motions that look more like they come out of a Pixar film than a video game. There's just one problem, though; the animations don't flow into each other at all.

When a character starts a new animation, they'll suddenly begin it without any attempt to flow into it from their previous animation. While this is likely a consequence of how exaggerated the characters are, it does always look strange and out of place. It would be nice if characters could more smoothly transition from one animation into the next. 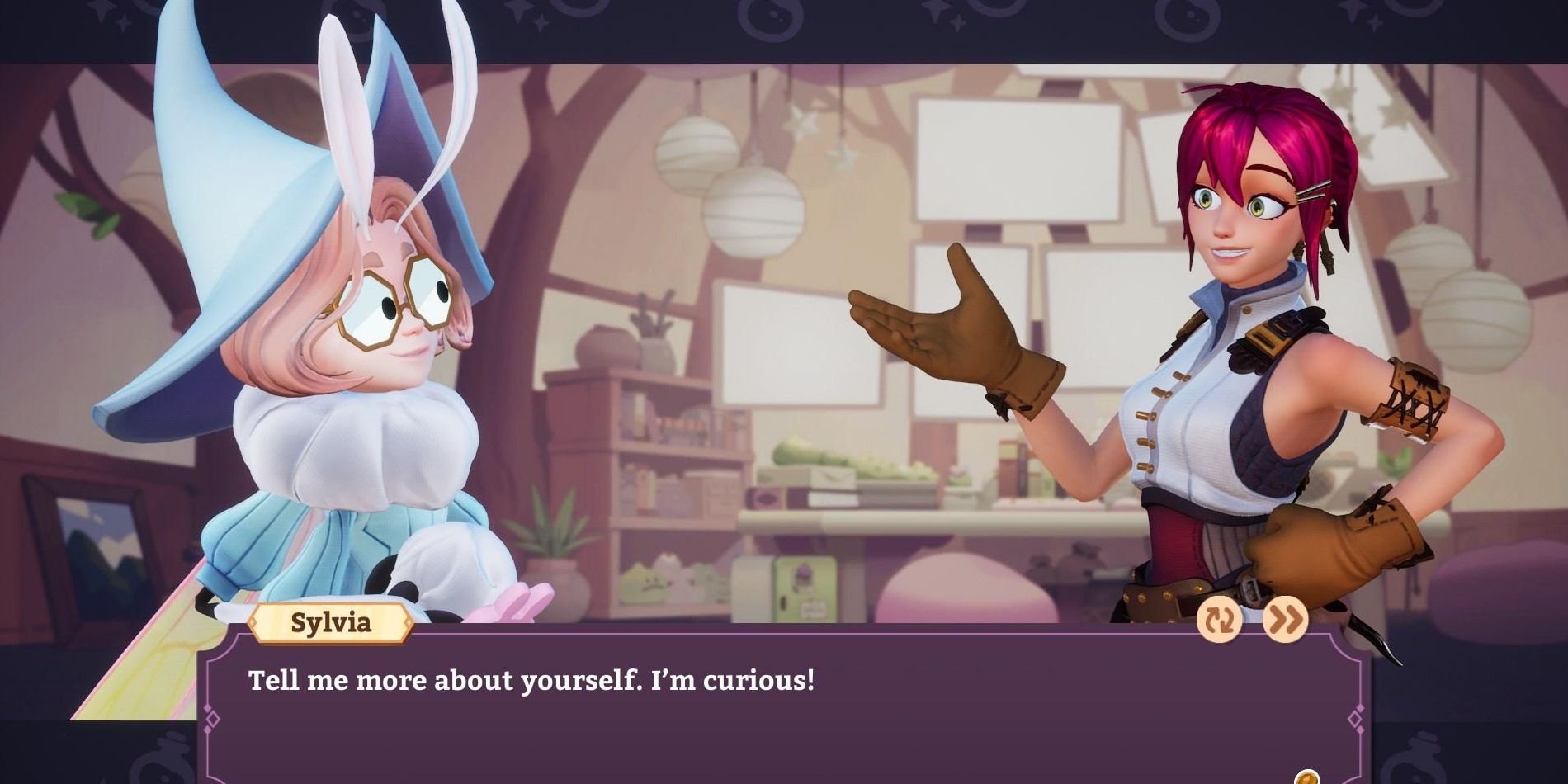 With how great the animations and characters in Potionomics are, it sticks out like a sore thumb that they're completely silent. There are hardly even sound effects to accompany their wild gesturing, which ends up removing a lot of the effect of the animations. Even simple sound effects would be nice, but voice acting would be great.

Considering Potionomics took six years to make, the lack of voice acting is understandable. It likely would've ballooned the game's budget out of control with the number of characters it has. Now that it's come out and been a huge success, though, adding voices to these phenomenal characters would propel the game above and beyond. 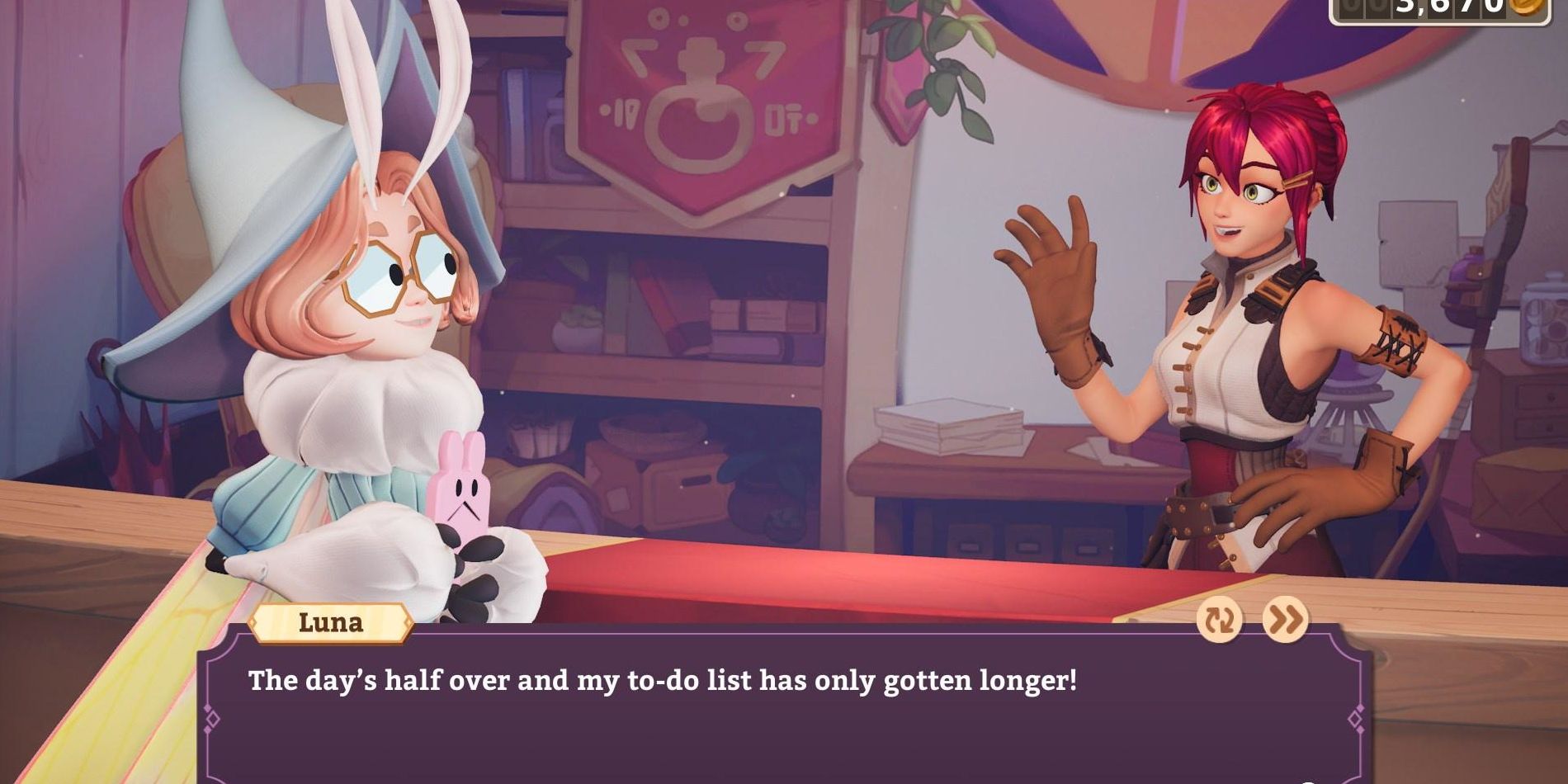 The cast of characters in Potionomics is already phenomenal. From the tired witch Quinn to the plucky newbie adventurer Mint and the boisterous walrus craftsman Nuktuk, each is brimming with life and personality. Beyond improving their animations and adding voice acting, there's really nothing to complain about.