The only goal Amicia de Rune had was for her brother to live peacefully. After defeating Nicholas and the Inquisition, the de Rune family hoped the days of running for their lives were behind them. Unfortunately, new dangers rose in A Plague Tale: Requiem, as the Order and Count of Provence, seeks to control the boy.

After killing Victor on the beach, Amicia, Lucas, and Sophia arrive in Marseille to find Hugo. King Hugo is the 16th chapter of the game and essentially serves as the last chapter of A Plague Tale: Requiem. This chapter doesn’t feature any combat but has a puzzle that sums up one of the themes of the game. Follow this guide to complete King Hugo and wrap up the ending of the de Rune story. 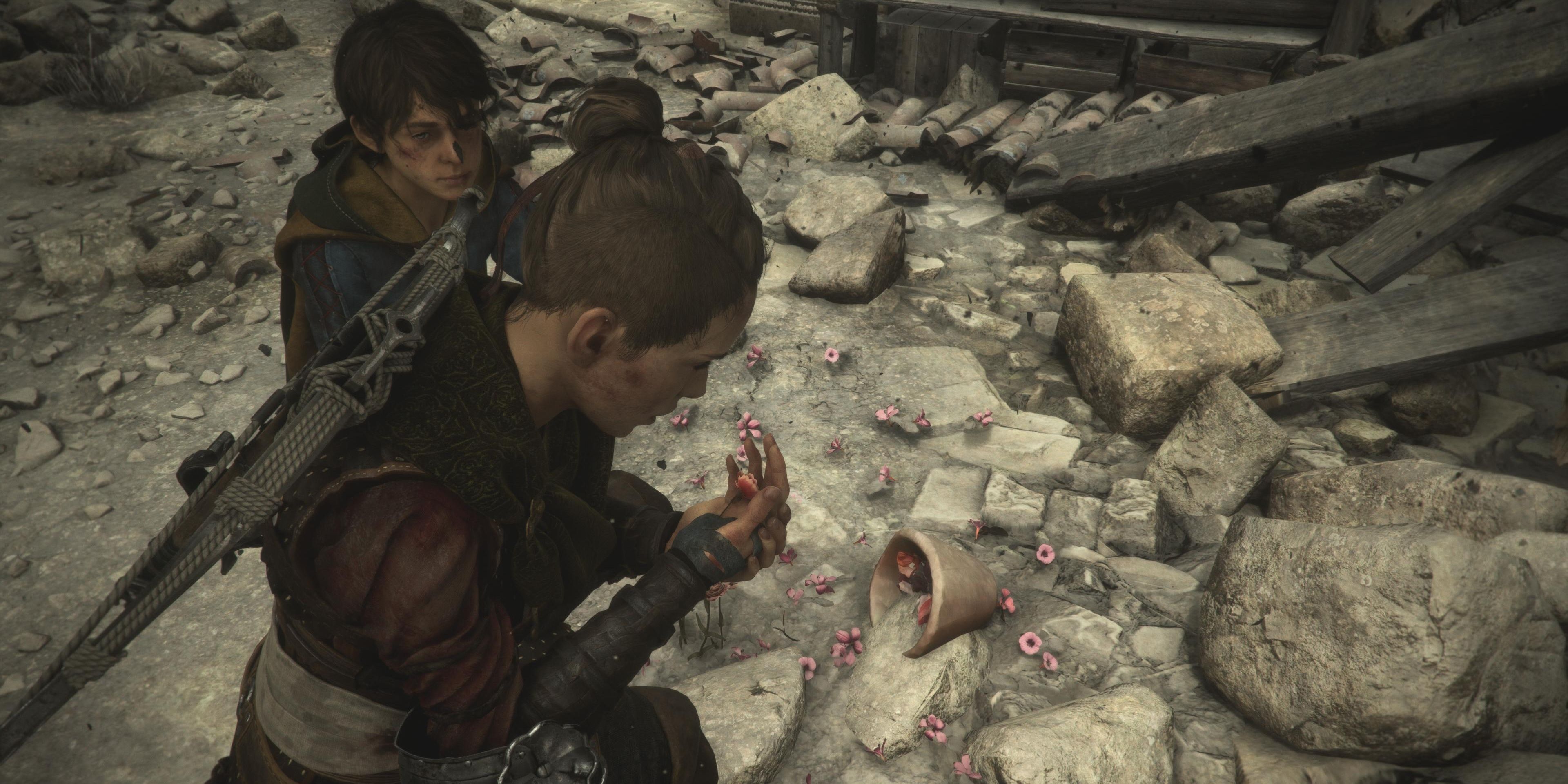 Following the destruction of the wagon, you’re somehow safe inside the city. Before heading up the steps to the left, use the workbench in the side area and open the chest in the corner for a Tool, Pieces, and Resin.

Follow Lucas up the steps and pick up the Carnation flower for Hugo’s collection. 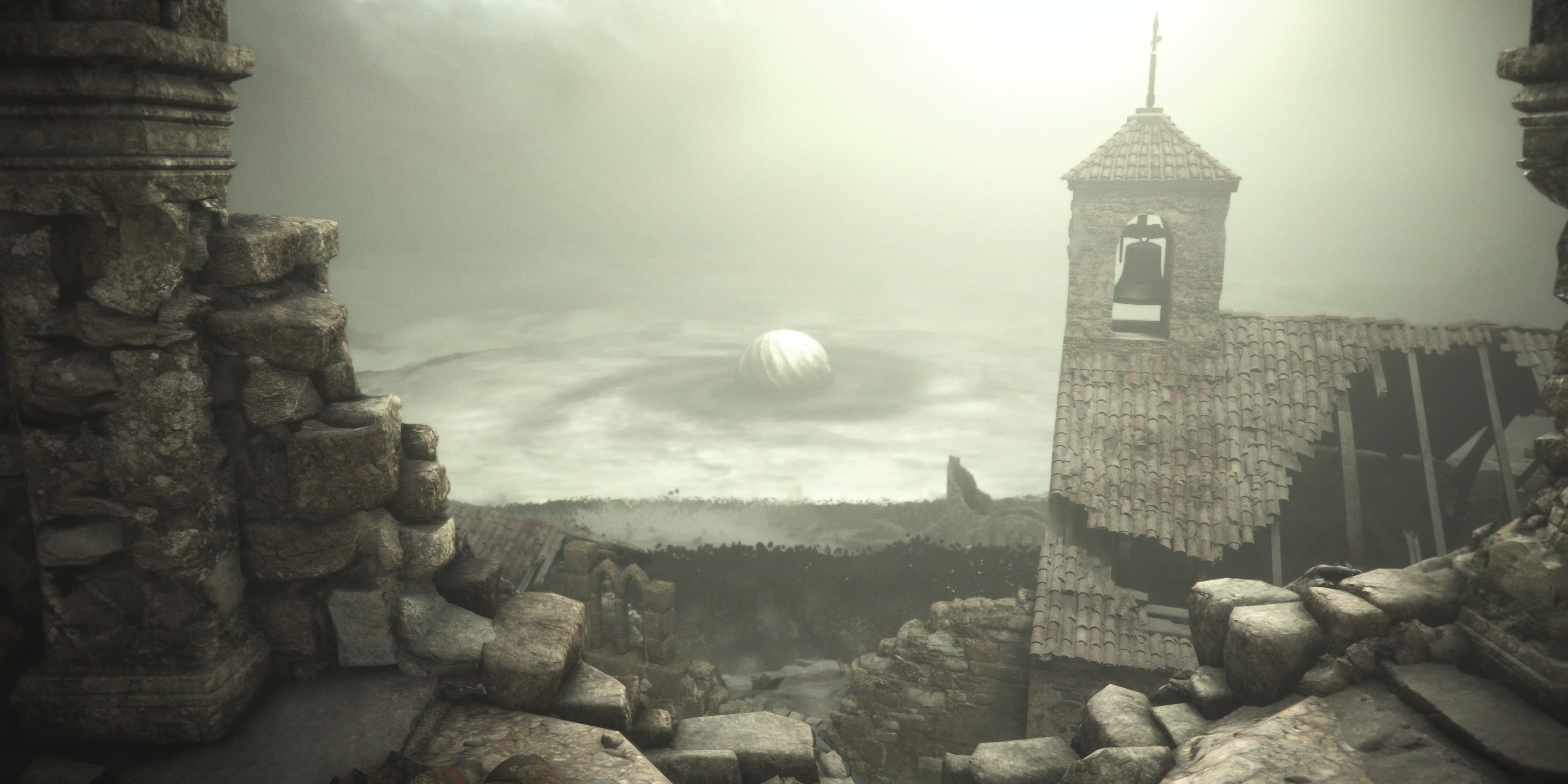 Opening the door will trigger the next cutscene and show where Hugo is located. With Sophia injured from the rats, leave her behind and head out of the room.

Lucas will be on another platform to the right, and more waves of rats will crash beneath you. Wait for the gap in between waves to jump down from the ledge and run straight ahead to the lone standing wall. 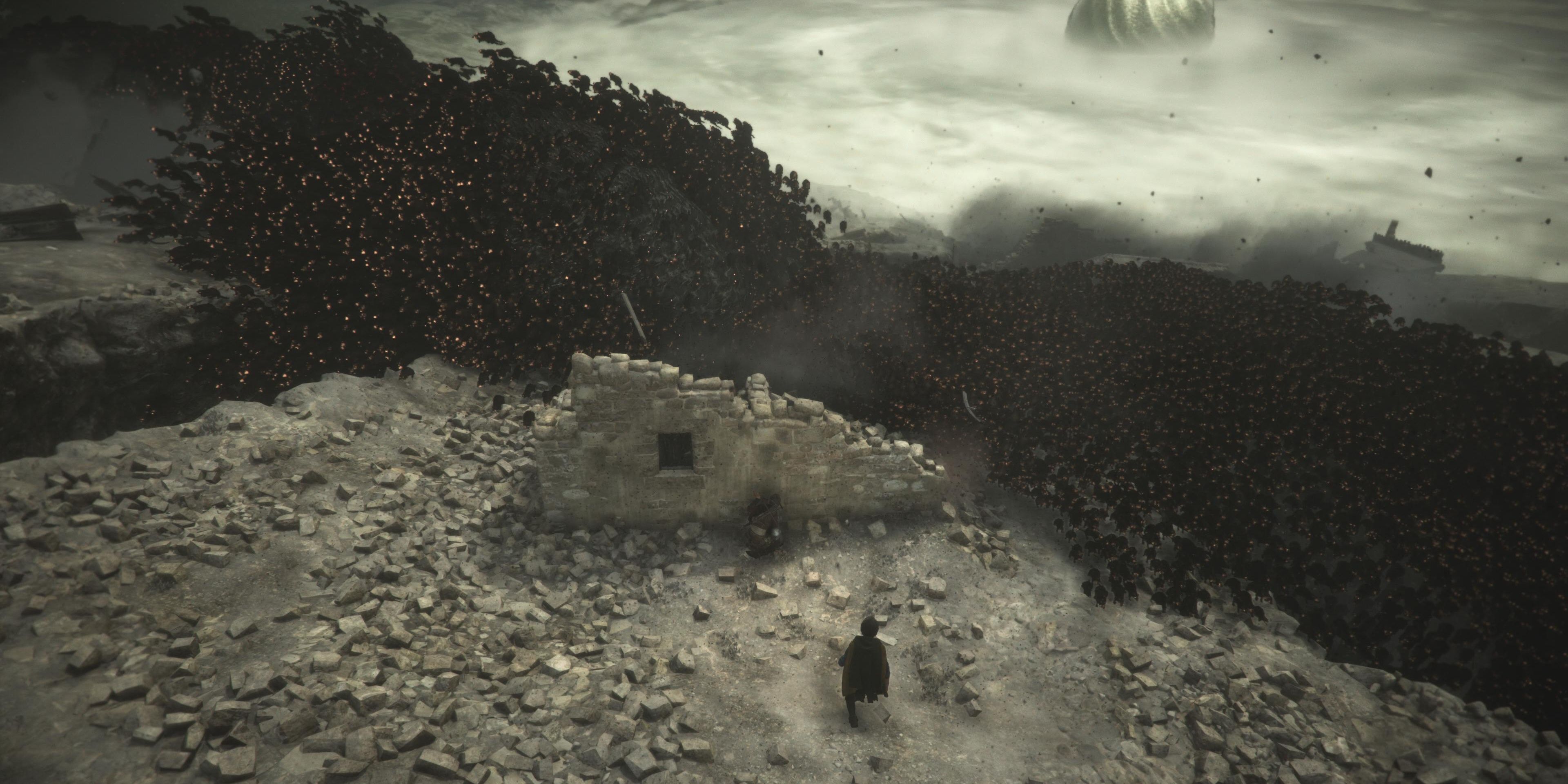 At the next gap, sprint to the half-broken building and crawl to the right. Run down to the narrow passage and push the wood barrier out of the way to squeeze through.

Continue running down the broken bridge and leap over the next barrier to reach the sphere holding Hugo.

Surrendering To Your Fears 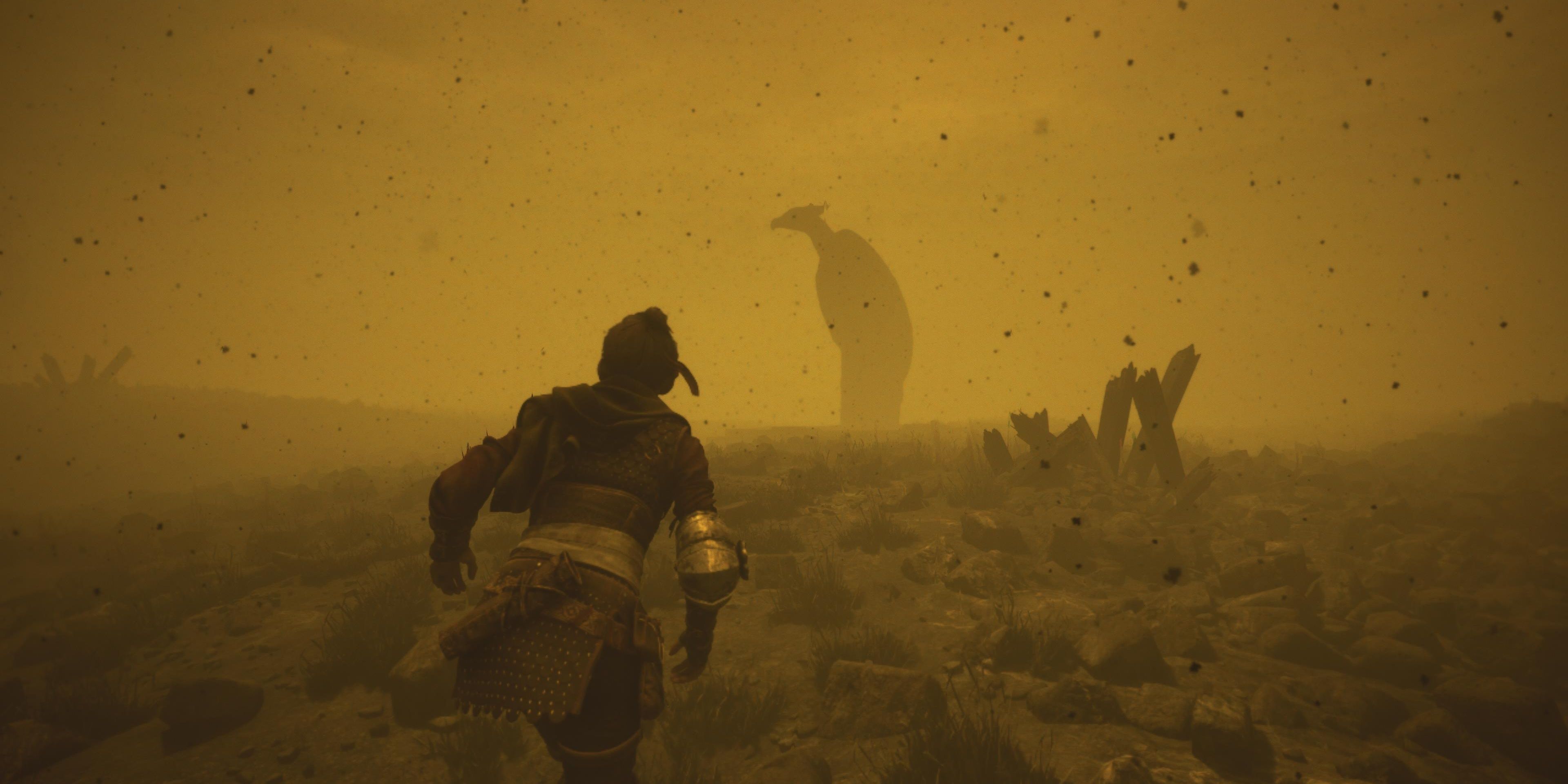 Amicia and Lucas slowly descend into the mist, but Amicia awakens on the ground alone. Head up the path and run straight through the broken buildings until you find a phoenix statue.

Follow the statue’s gaze and leap over the barrier to find another phoenix statue. Continue to follow the statues until Amicia begins to hear Hugo’s voice. 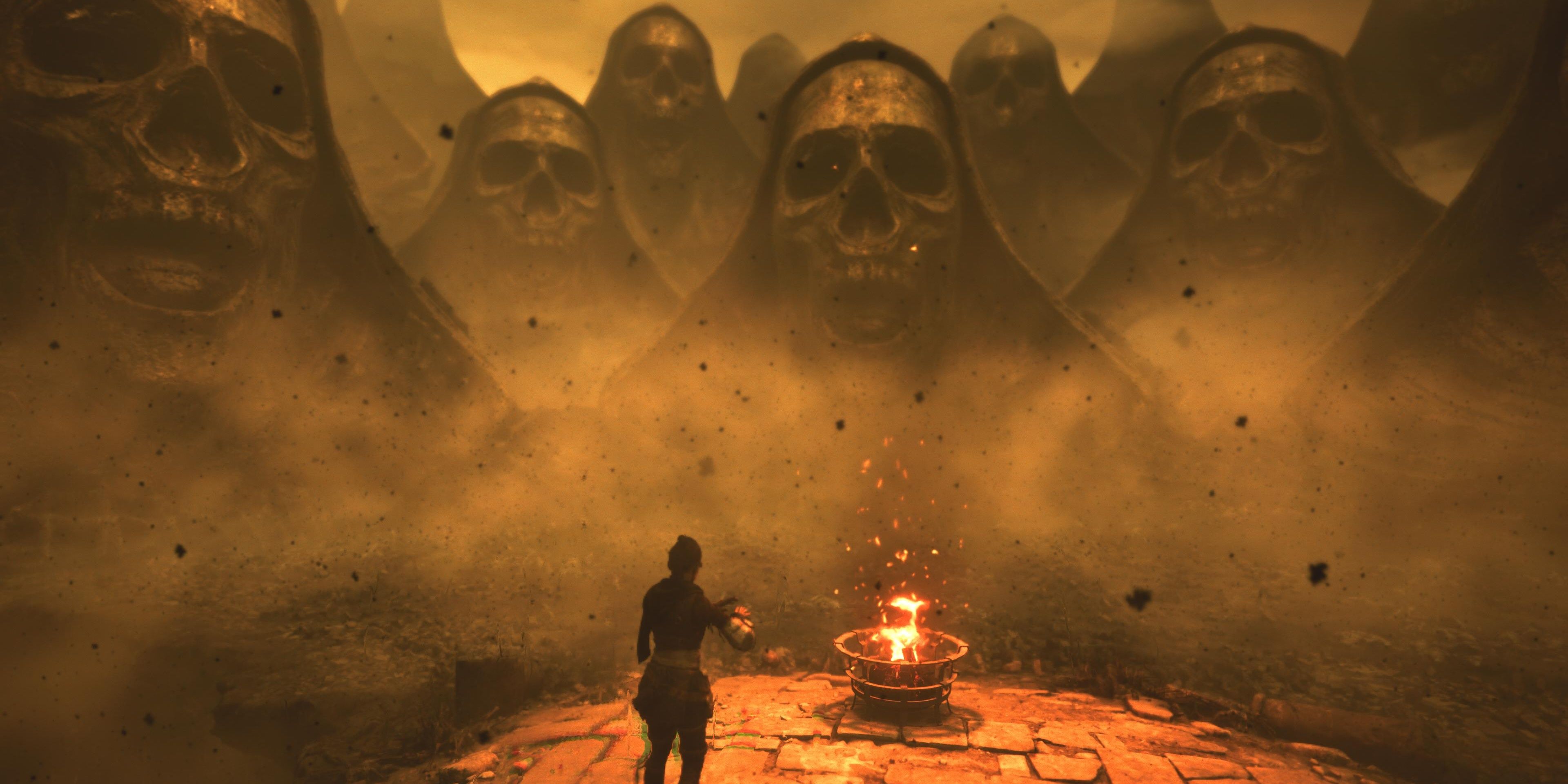 Instead of following where the statues are looking, run in the opposite direction. After running for a while, Amicia will be transported to a new area next to a fire pit and surrounded by massive skulls and rats.

The rats will form giant humanoids that you’ll want to strike down with your Sling. However, the rats will eventually overpower you, and you’ll reappear in the field with the phoenix statues. 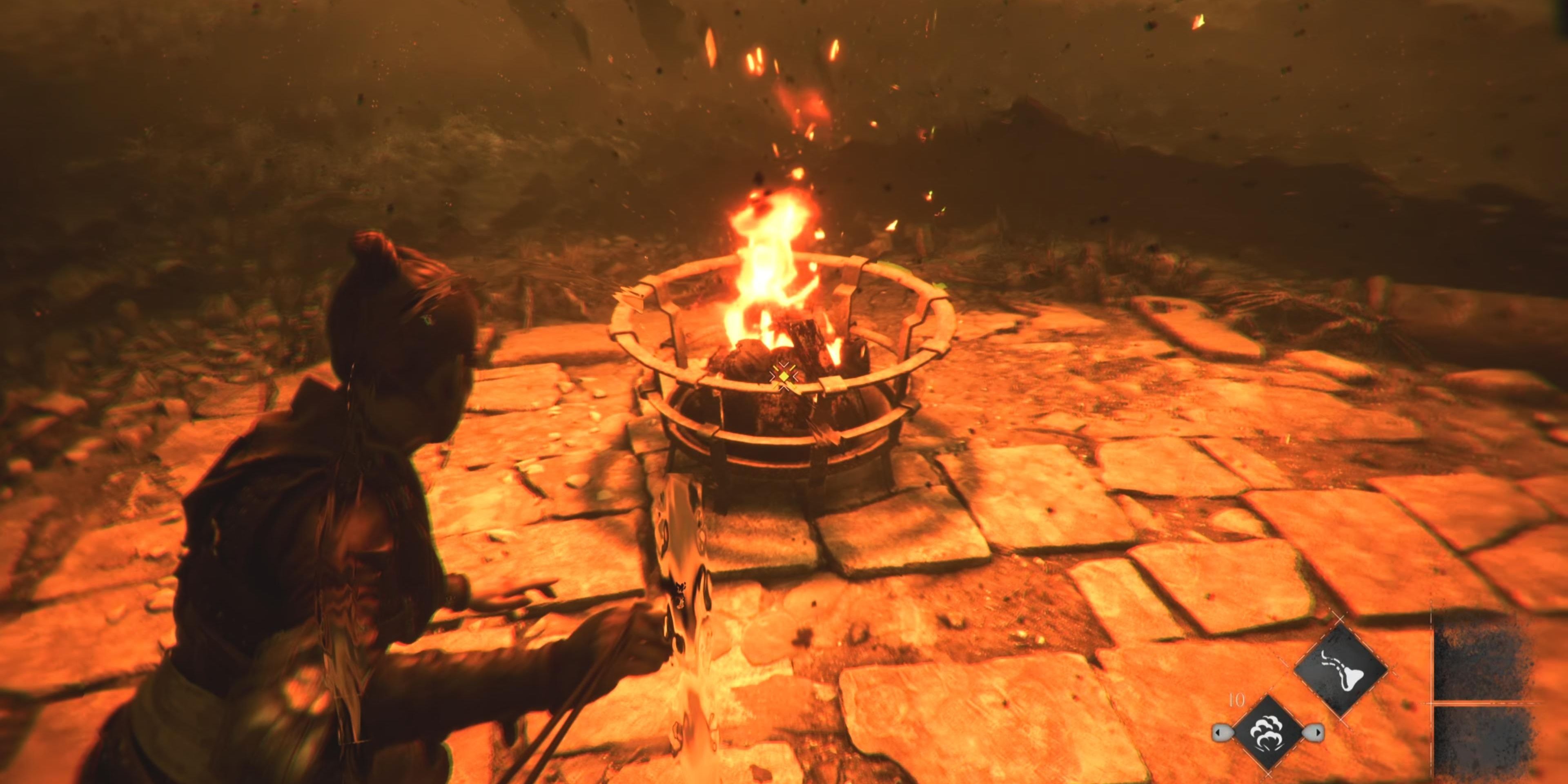 Just like before, run in the opposite direction of the statues, but when you arrive back at the fire pit, don’t shoot the rats. Instead, use an Exstinguis on the fire pit and surrender yourself.

When Hugo appears to Amicia, take his hand and go straight down the path. You’ll begin seeing old places and people you’ve encountered throughout the game benign consumed by the Macula. 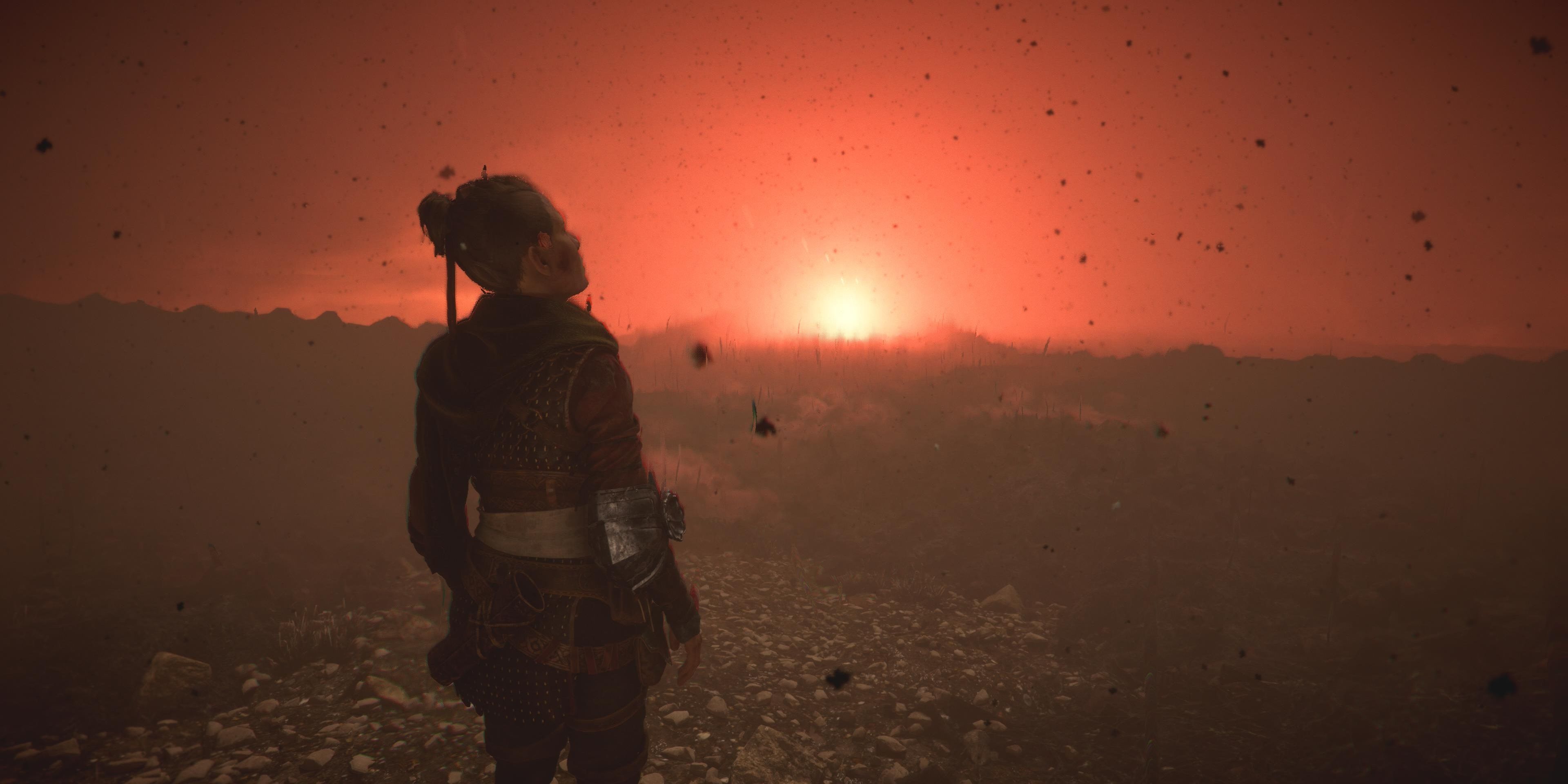 Make your way through the memories until you go through the door. Hugo will disappear, and there will be a bright right light in front of you. Walk toward the light until a cutscene starts and Lucas joins you.

When the cutscene ends, Hugo will be waiting at the end of the path. He’ll allow you to walk through the rats to reach him. Although Hugo asked Amicia to kill him, you don’t have to.

If you wait long enough, Lucas tells Amicia that he will take care of it, so she doesn’t have to. Whether it’s Lucas or Amicia, the screen will fade to black and end the chapter.

Into The Pit Demo Available Now