A character who had been rumored to be in Super Smash Bros. Ultimate for some time has finally been confirmed, and no, I’m not talking about Minecraft Steve. That’s right, Dragon Quest is getting Smash representation, and it only took 11 main-line games over more than 30 years! These are daunting figures, I know, but fear not, Smash fans. You don’t have to play every Dragon Quest main to become a Hero main. If you’d like to dip your toe into Dragon Quest waters, Dragon Quest XI: Echoes of an Elusive Age will be releasing on Switch in September. Until then, here is everything you need to know about the Dragon Quest Hero in Smash. 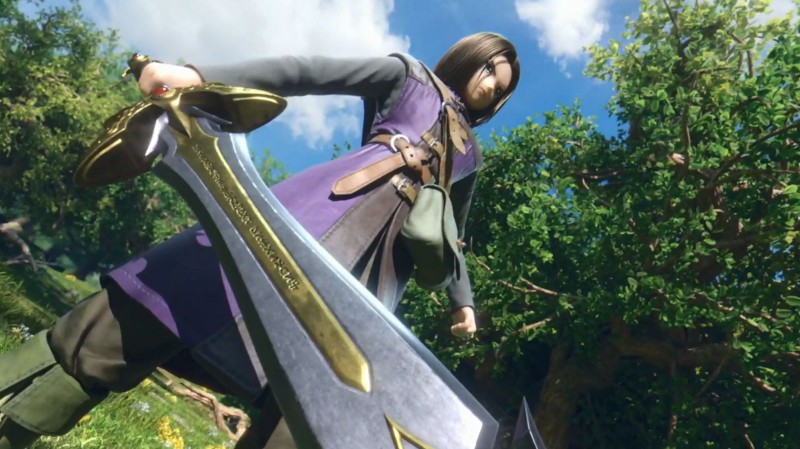 Who Is The Dragon Quest Hero?

This is a tricky question to answer, because there are 11 Heroes in the franchise’s history. Though heroes from four different games can be chosen via alternate skins for the character (namely, from Dragon Quests III, VIII, and IV), the default is the hero from the series’ most recent entry, Dragon Quest XI. The Dragon Quest games at the most base level are turn-based RPGs that follow a hero of destiny or something thereabouts to defeat a demon or Dragonlord that wants to destroy or enslave humanity, or something of equal evil intent.

There are many memorable companions, villains, and journeys unique to each Dragon Quest game, but certain aspects remain the same. Magic is a major component in combat, as well as a sword and shield. The monsters also transfer from game to game, including the slime, the franchise mascot. With many installments and many places to draw from, let’s see how the Dragon Quest Hero translates to Smash Bros. 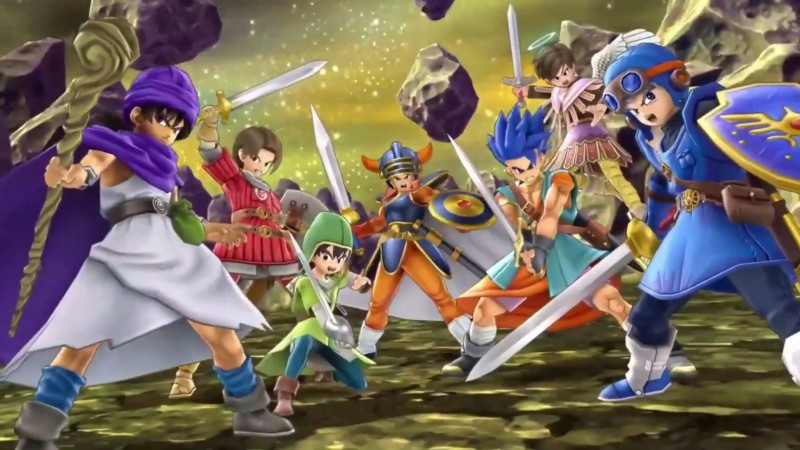 What Are The Hero’s Moves?

The Hero classic will be making a return in the form of a sword and shield combo, joining the three Links as a classic swordsman. The Hero will also be bringing magic from the series to his moveset. Kaclang is a spell that stops an enemy from taking its turn in the turn-based world of Dragon Quest, but freezes the opponent in Smash. Kamikazee is an aptly named spell that aims to destroy the user at the cost of the user’s life. While there are many spells in the Dragon Quest roster, The Hero currently appears to function as a mixture of Link and Robin, with most of his smash attacks requiring the sword and shield, and his special attacks utilizing an assortment of spells.

The issue of adapting tune-based combat to a real-time fighting game can be tricky, but Sakurai has managed it before. Joker from Persona 5, the Pokemon, Ness and Lucas, Cloud, and all of the Fire Emblem characters come from turn-based games. With The Hero, though, Sakurai seems to be incorporating turn-based combat into The Hero’s moveset. Not only is the ability to choose your spells from a drop-down menu a feature with this new character, but it appears to have a number of combat and movement options. Zoom, for example, previously functioned as a fast-travel spell in the Dragon Quest games, but is being used in Smash as a recovery option. The Hero looks structured to allow for strategy, much like in a turn-based game, in which the player is given freedom to choose their style of approach with a mixture of attacks and spells. There are even counters and status-effect spells, such as a move that freezes the opponent and puts them to sleep.

The Hero’s final smash is most similar to Mega Man’s (and once again brings up the issue of illegal teaming), and summons all of the Dragon Quest heroes that don’t have an alternate skin to combine their power for a deadly blow. Speaking of teaming, The Hero is bringing the iconic Slime with him to Smash, likely as part of a taunt, like Morgana was to Joker. 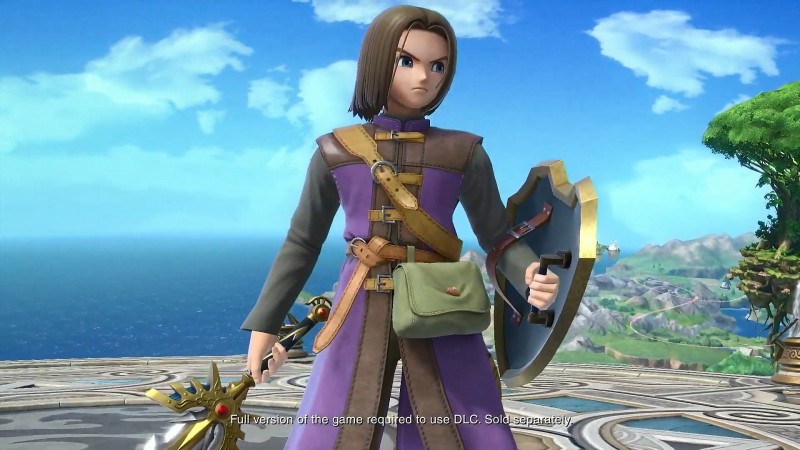 What About The Stage?

Little about the stage is currently know, but we did steal a quick glimpse of the setting. The stage is set around Yggdrasil, the World Tree, a tree that has been featured prominently in a lot of Dragon Quest games. The Hero from Dragon Quest XI has a spiritual connection to the tree, and can speak to it through its roots, so it makes sense to build a Dragon Quest stage around it.

Cetacea, the sacred whale-with-wings featured in the stage reveal, was used for transportation in Dragon Quest XI, and will likely either be a background fixture for the stage or become part of the stage herself, allowing fighters to battle on her back like the turtle in the Great Bay stage.

Of course, The Hero offers a wide enough range of playstyles that you don’t have to be a Dragon Quest fan to play the character; it should just serve to build an understanding of the character’s foundational moveset.

For more on Smash or Dragon Quest, check out our review of Dragon Quest XI or the Banjo-Kazooie DLC announcement.

Amazon’s The Lord of the Rings MMO To Release In 2022, According To Release Reports

PS5 Controller Reactions: "Lookin Like It Came Out An Egg Sac" And More