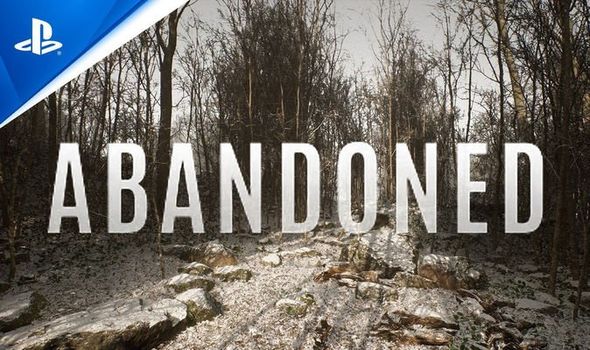 Abandoned has been one of the most talked about PS5 games in recent months. The mysterious horror title from Blue Box Game Studios has – ever since it was revealed – been speculated to actually be a new Silent Hill game in disguise. That is despite makers Blue Box Game Studios denying this is the case.

Gamers should get answers soon though, thanks to a real-time trailers app that is launching for Abandoned.

This app – the first of its kind – will show what Abandoned looks like actually running on PS5 hardware, instead of a recording of it.

So when PS5 gamers watch the teaser they won’t need to worry about video compression. What they will be seeing in front of them is how Abandoned will look when it’s running.

The Abandoned trailers app had been pencilled in to launch in June, before director Hasan Kahraman announced it had been delayed.

Kahraman said the Abandoned PS5 trailers app launch had been pushed back to August, saying the app wasn’t “quite there yet”.

However – in an interesting twist – it’s emerged the Abandoned trailers app has been added to the backend of the PlayStation Store.

According to a post by Technclub, the Abandoned trailers app has been added to the PS Store servers.

The app, which cannot be downloaded yet, reportedly has a download size of 1.8GB.

News on the Abandoned app comes as Sony are tipped to be announcing the start date for its next State of Play event soon.

The next big PS5 event is rumoured to be taking place on Thursday July 8, and it has been claimed Sony could announce the date of its next State of Play this week. 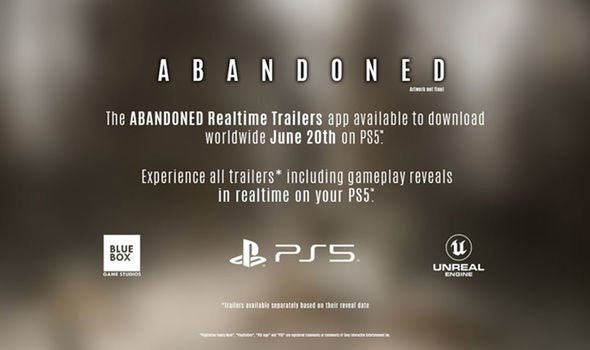 In terms of what could be revealed, Ghost of Ikishima – an unannounced standalone expansion for Ghost of Tsushima – is rumoured to be getting unveiled.

While it’s also been claimed we could get our first look at God of War Ragnarok gameplay.

That’s according to insider @Shpeshal_Nick, a leaker who has got plenty of things right – including Final Fantasy 7 Remake being a PS Plus game earlier this year.

The XboxEra co-host said: “I’m being told we’ll see our first gameplay of the new God of War at Sony’s show too. Will be exciting to see”.