There are more than a hundred Korok Seeds for players to discover in Hyrule Warriors: Age of Calamity. Each one is given by a little Korok – a magical little friend wearing a leaf for a mask – and allows you to unlock special bonuses. However, you’ll need to collect quite a number of the Seeds, first.

Finding the Korok seeds, as in Breath of the Wild, can be unreasonably tough to do alone. Especially considering, on large maps, your heroes run through much of the level without you. This guide walks you through finding all the Korok Seeds in Zora’s Domain – there are four altogether. The story quest is entitled “Mipha, the Zora Princess.” 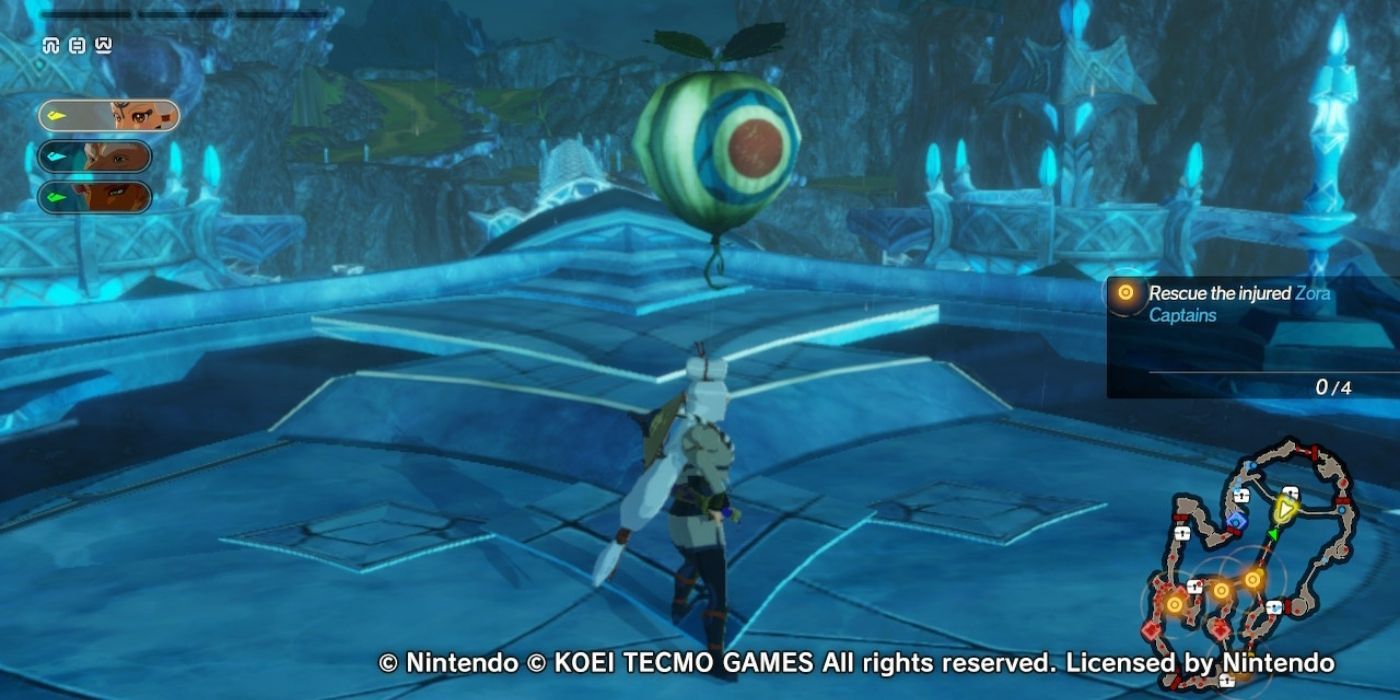 Once you start the battle, you’ll be prompted to follow a long bridge out of Zora city and begin to fight enemies. However, on either side, you’ll also see stairs heading up.

Turn and head up the stairs to find a Korok balloon on the balcony that overlooks the plaza where you were just standing. 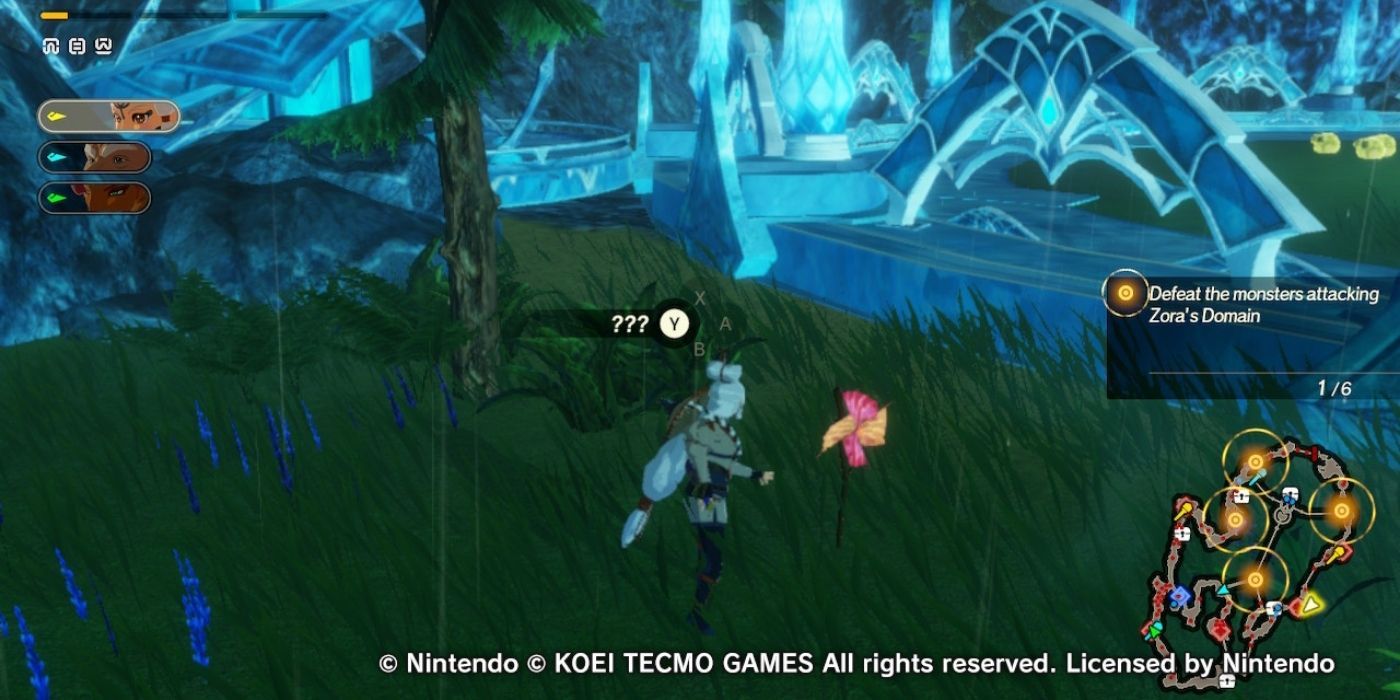 Proceed through the story so that some of the gates will open for you. You’ll need to rescue all four of the Zora captains and then fight an Electric Moblin. Once that’s all done, several gates will open and you’ll be prompted to “Defeat the monsters attacking Zora’s Domain.”

As you fight north, one of your heroes will pass through an outpost in the southeast. When you leave via that outpost’s north exit, turn right to see a grassy field with a few trees – and a Korok pinwheel! 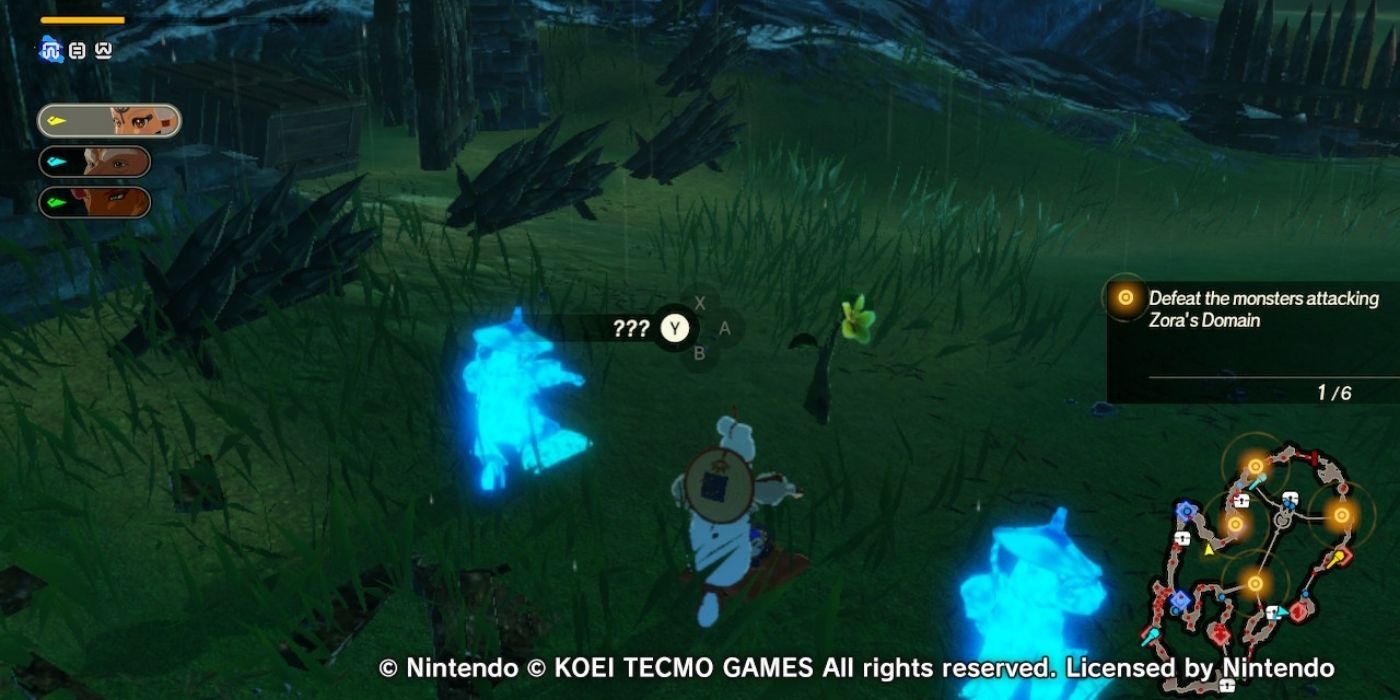 Though you can do the final two Korok Seeds immediately after getting the Grassy Korok Seed, you may need to handle the monsters who are overwhelming the Zora Captains, first.

Leave the hero you were just playing on the southeastern path and switch to a different character who is on (or near) the northwestern path. As you turn around the second sharp turn in that northern path, check behind you to find a Korok Pinwheel. 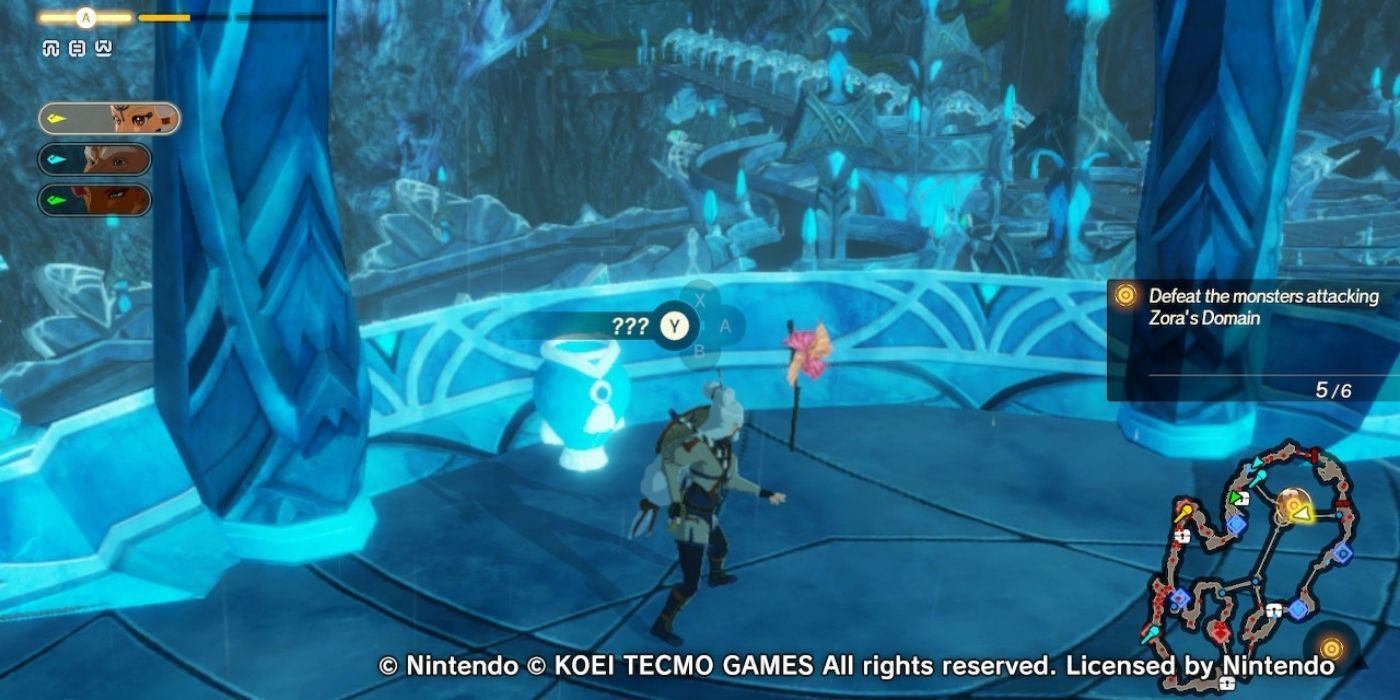 Switch back to the hero on the southeastern path. As you move further north, veer west off the path onto the Zora bridge.