There was a fantastic appearance of An Airport for Aliens Currently Run by Dogs (also known as Dog Airport Game) at PAX South this year – and the game is hilarious. For the vast majority of those who are probably scratching their heads, Dog Airport Game is an upcoming first-person puzzle game, heavily reliant on its surrealist humor and ridiculous environmental elements.

Supposedly, Xalavier Nelson Jr. (the game’s developer) initially used stock photos of dogs a placeholder for the characters, but found it too funny to change – making it a permanent part of the game.

Dog Airport Game‘s presentation at PAX was equally as bizarre as the game itself, featuring an incredibly candid note that emphasized Xalavier’s exhaustion. The game was showcased as part of the PAX Together section – a space dedicated to various small developers of diverse backgrounds. 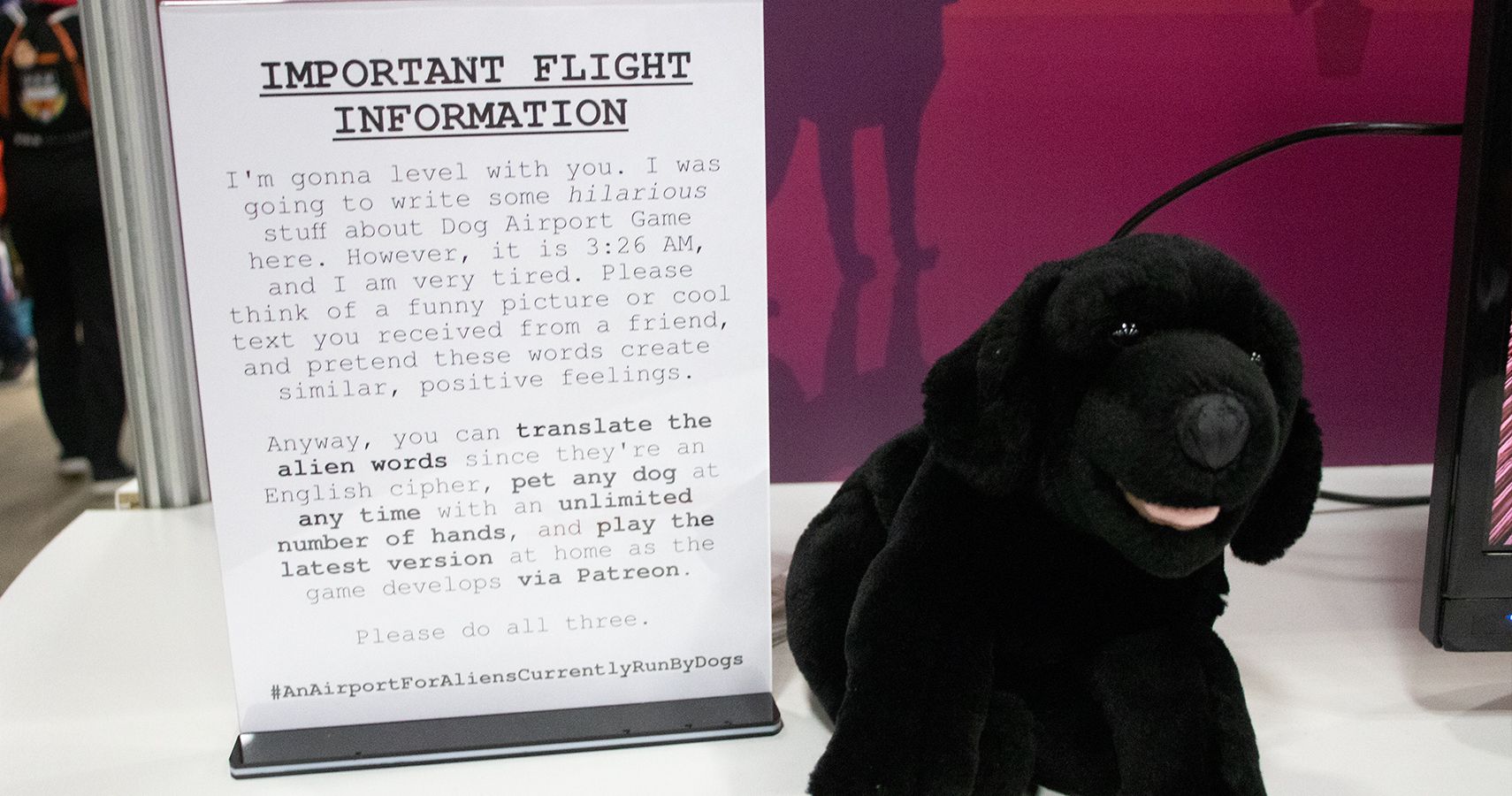 Something wonderfully creative, however, was the use of boarding passes in place of business cards. The fake documents look exactly like a typical boarding pass, save for the Alien language printing across it. 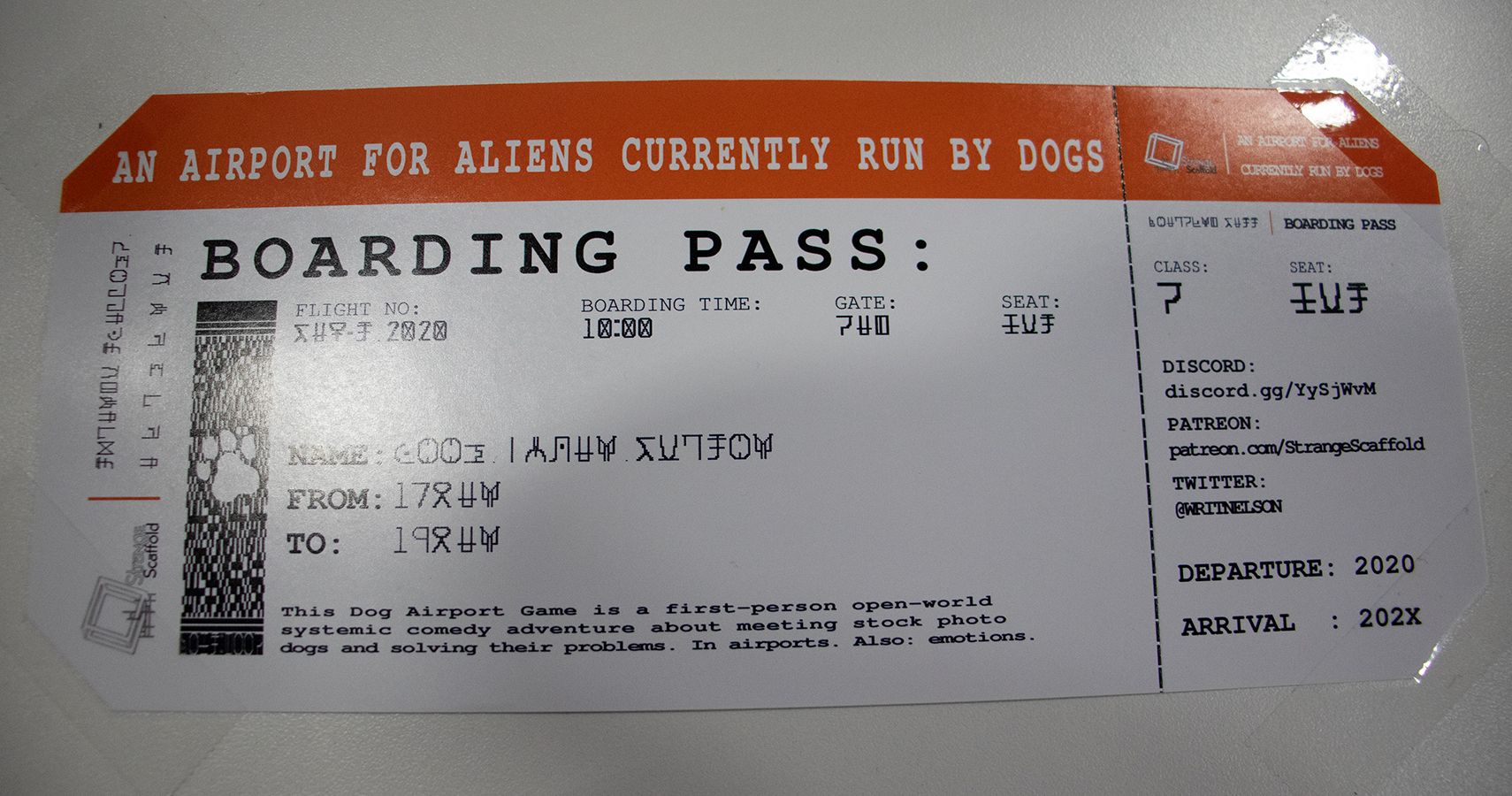 The overall lazy theme of the game is quite intentional and surprisingly entertaining. Strolling through the zany airport, completely run by canines, the player undertakes the role of one of the last humans alive – the other being his fiancée.

The goal of the game is navigate the confusing airport in order to catch a flight that will lead the player back to their significant other. While the task seems simple, a totally foreign alien language paired with a community of incompetent dogs make it quite the struggle. 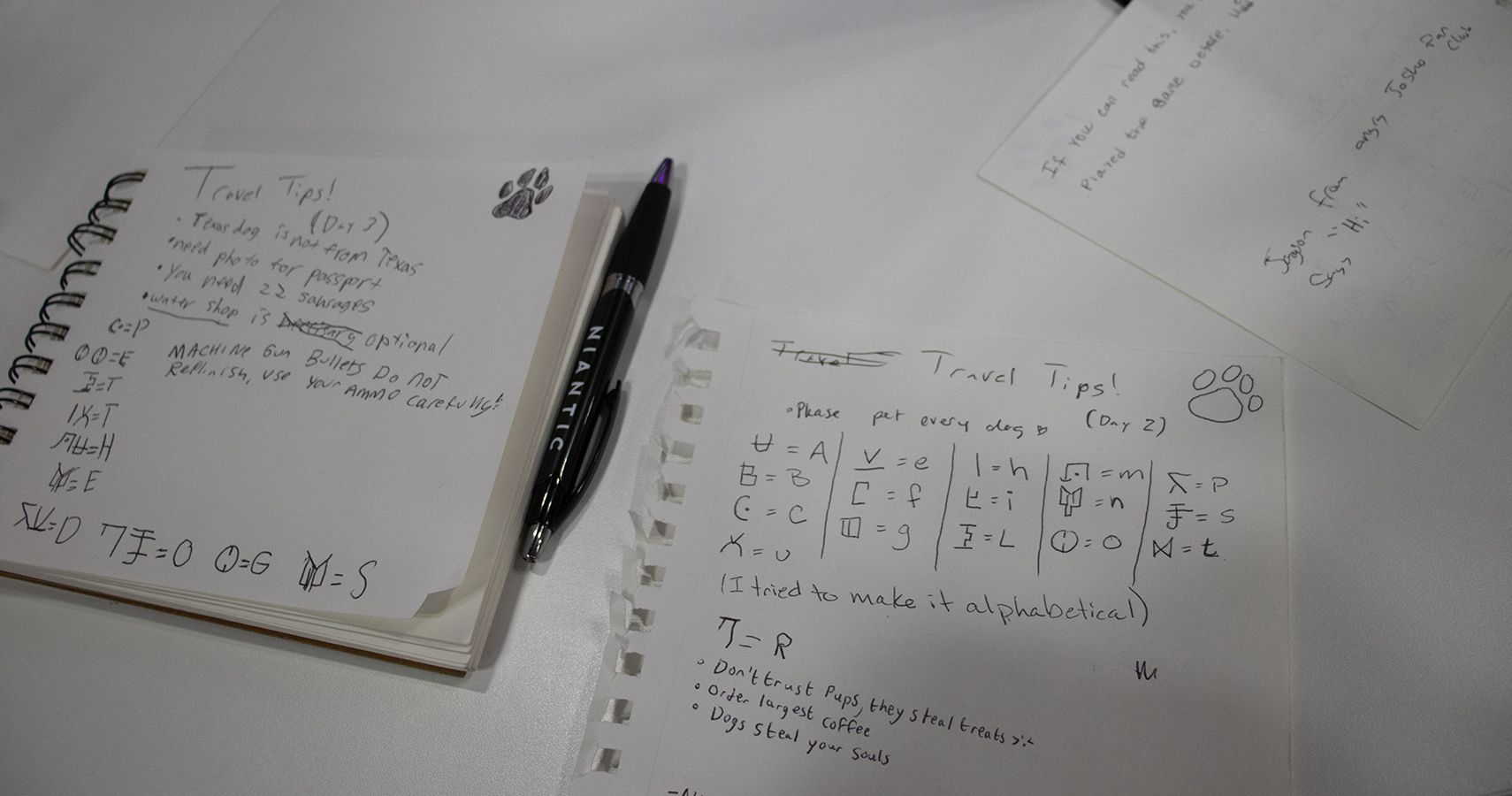 The alien language is a 1-1 direct cipher from English, so decoding it isn’t too crazy a task. Many players had already filled up pages at the booth by the time I arrived, trying their hands at cracking the code. The dogs fortunately speak English, but players can expect flight information to appear in the unknown language. 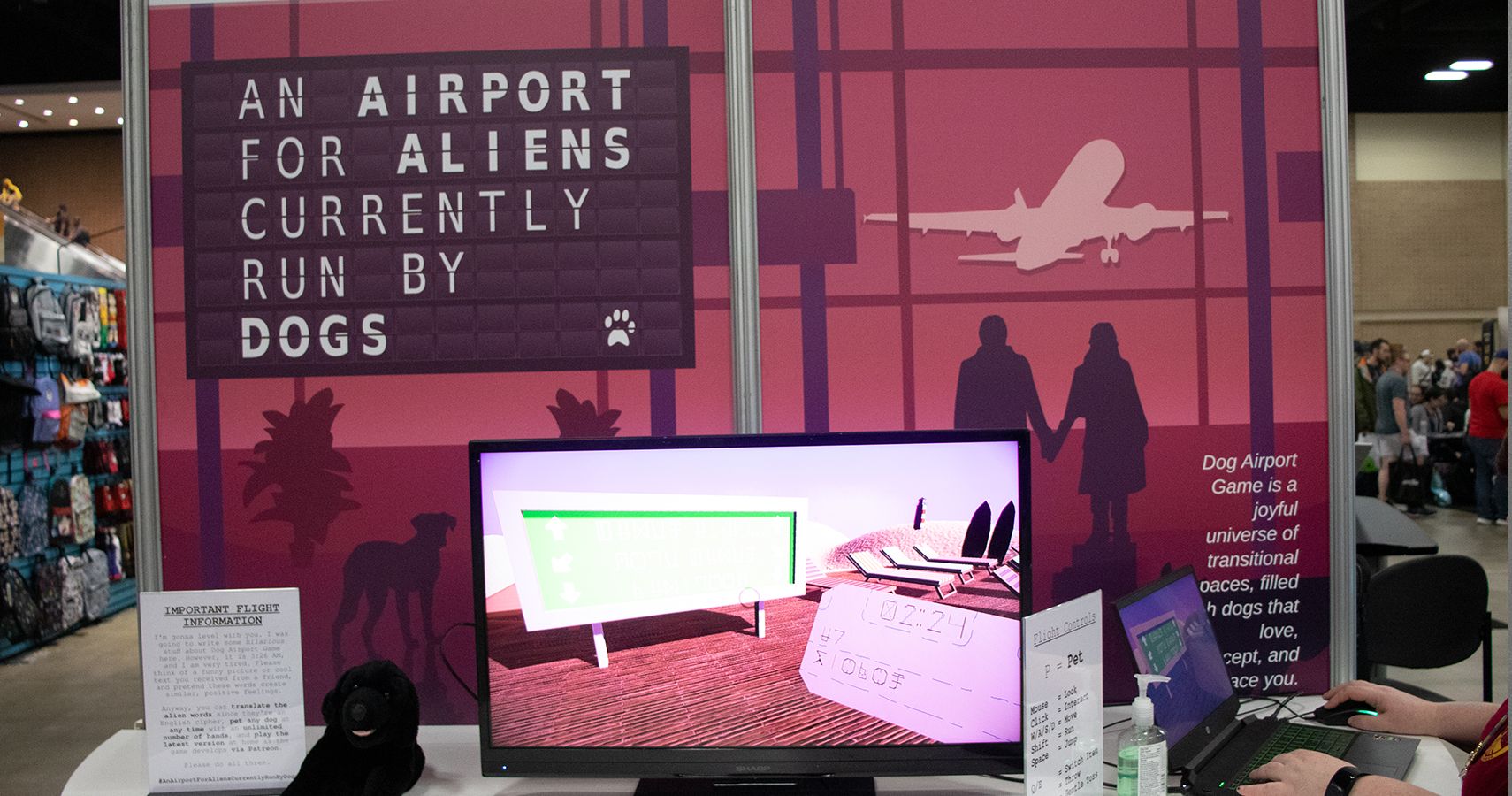 For those looking for a new first-person puzzle game – yet can appreciate a world that doesn’t take itself too seriously – An Airport for Aliens Currently Run by Dogs may just be the perfect game for you. The title is currently in development via Patreon with an unknown release date.

What To Watch This Weekend: League Of Legends, Apex Legends, And Tekken 7