In 2019, Yakuza developer Ryu Ga Gotoku Studio posted a video revealing a new JRPG-inspired turn-based combat system, framing it as a joke. "Many people assumed we were already making an RPG at that point," says former series producer Toshihiro Nagoshi. "But it was something we made for April Fools' day. [Yakuza: Like a Dragon] was still an action game at the time." However, after the video was positively received by fans, the studio decided, in the final year of development, to shift to this combat system for real.

"We suddenly fully changed direction," Nagoshi says, laughing, in a video interview with Archipel. "We started making an RPG. Hurrying to make things is sort of a characteristic of Ryu Ga Gotoku Studio. It's always like this. Usually you have milestones set up, a long term plan, but we don't have that." If this is really how it all played out, and Nagoshi isn't just exaggerating for effect, this is a hell of a story. The JRPG gimmick is so ingrained into every aspect of the game, it's hard to imagine it was implemented at such a late stage.

There's a lot I love about Like a Dragon. Ichi is one of the series' best heroes, and a worthy replacement for Kiryu. The writing is heartfelt, funny, and thoughtful. Yokohama is a fantastic, atmospheric setting. But the repetitive turn-based combat left me cold, and I was disappointed to learn that the mainline Yakuza series will be using it going forward. A lot of people loved Like a Dragon, and it reportedly sold 3 million copies, but I know plenty of longtime Yakuza fans (myself included) who are doubtful about this new path.

In previous Yakuza games, street battles happened seamlessly and were over fairly quickly. But in Like a Dragon, the constant transitioning in and out of turn-based battles ruins the flow of exploring the city. You feel like you're being interrupted, rather than these brawls being an organic part of the world. Also, the sheer volume of them means the novelty of your party's comical special abilities quickly wears thin. These moves are brilliantly animated and amusing at first, but 500 times later I'd become completely numb to them.

It's frustrating, because Yokohama is a beautifully realised setting. It's a place I wanted to explore every hyper-detailed inch of. But when you're being relentlessly harassed by gangs of cleaver-wielding chefs and sentient trash bags, you don't get much of a chance to soak up the ambience. I've always loved the breezy pace and immediacy of Yakuza, but Like a Dragon's ceaseless stopping and starting really started to get on my nerves. It got to the point where I'd take the most direct route to the next objective to avoid fighting. 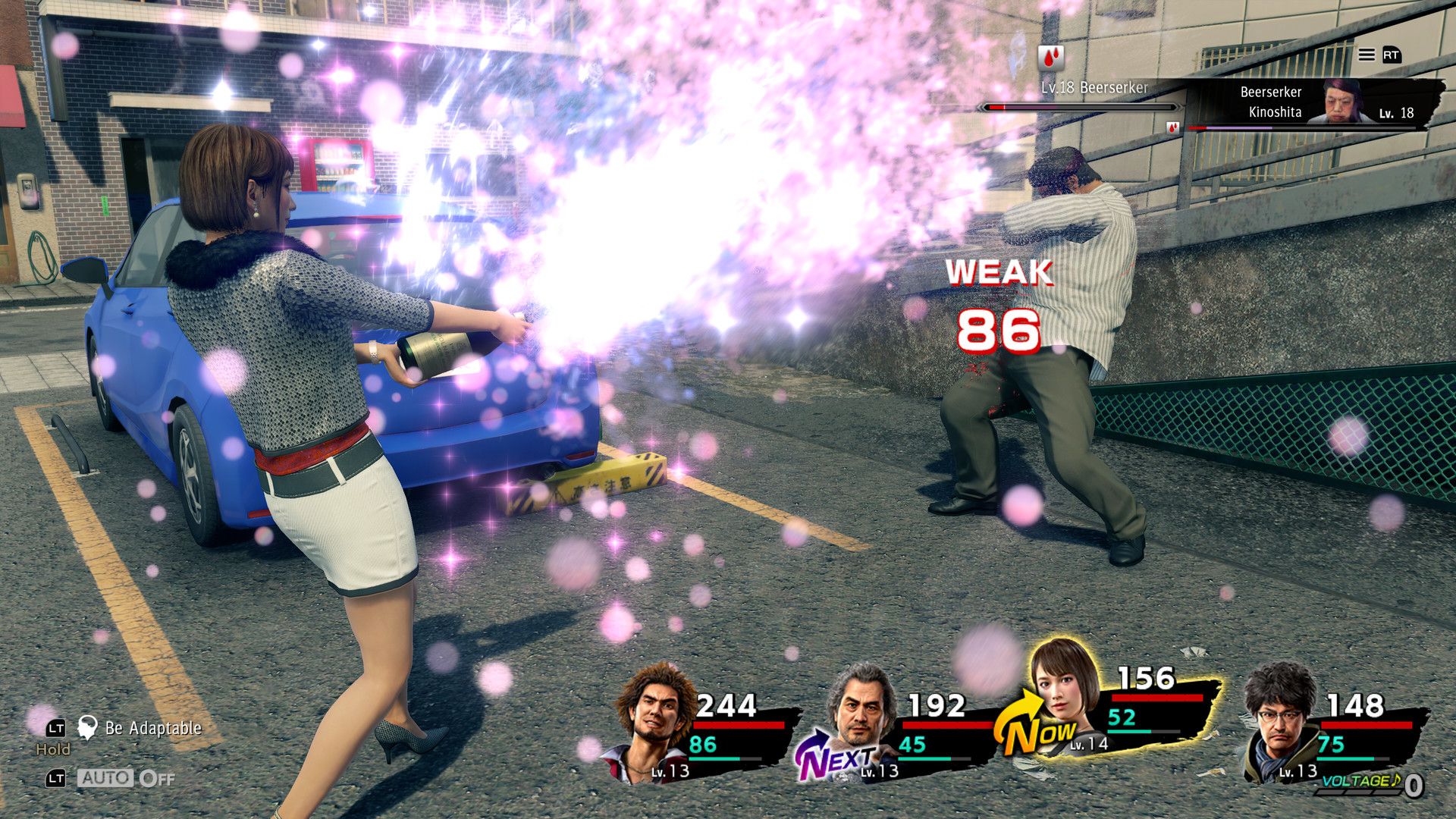 Selecting things from a menu isn't as satisfying, brutal, or tense as actually fighting someone. It's that simple. You know that when you're fighting a boss in Like a Dragon, it isn't about skill; it all boils down to numbers. That's why no boss made my heart pound like some of the toughest scraps in the older games. There's no urgency, no palpable sense of danger, and no feeling that you might just scrape by through sheer will alone. I've been a Yakuza fan for 15 years, but if this is the future of the series I might not be for much longer.

It's wild to think that the fate of the series has been determined by an April Fools' gag. Of course, if you'll indulge a baseless conspiracy theory, it's possible Ryu Ga Gotoku Studio lied about it being a joke and released that video purely to gauge whether players would be receptive to a turn-based Yakuza. Turns out they were, and a lot of people seem to like it, so maybe I should shut up. But just because Like a Dragon was a roaring success doesn't mean I have to like this dramatic change of direction. For me, it's a joke that went too far.

Borderlands developer Gearbox acquired by Embracer Group in $1.3B deal