If you've ever realized the hard way that you've inadvertently led a friend or colleague into mistakenly believing that you're interested in them romantically, you can probably sympathize with such player-made blunders in Birushana: Rising Flower of Genpei. And if you happen to be a young Japanese woman with ties the displaced Genji clan living in the 1180s, odds are fair that you're literally Shanao.

While the latter strikes us as unlikely, and the former doesn't happen to everybody, you may still wish to read on if you're moments away from booting up Birushana for the first time. We'll give you some tips on how to avoid locking in the wrong romance that'll keep would-be future spouses from popping the question. (Which, considering the themes and setting of this game, is probably "will you guard me when I sleep at night?") 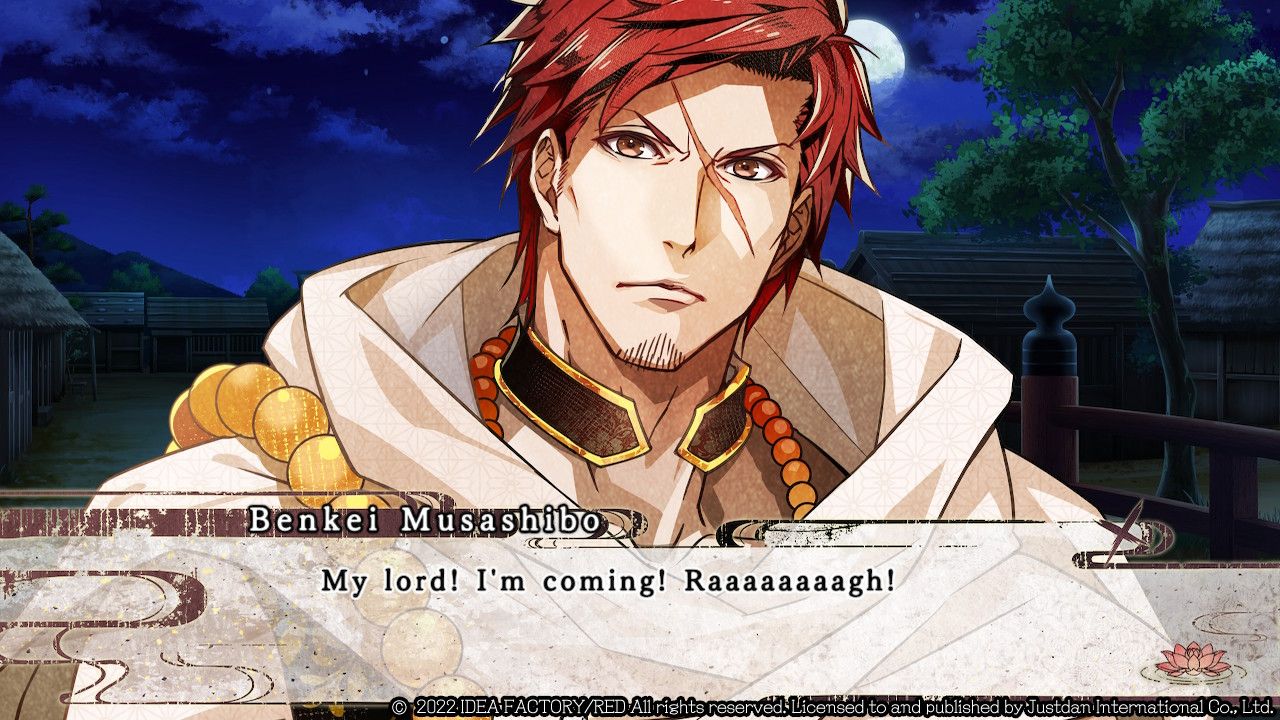 As woefully easy as it can be to stumble into sending mixed messages, Birushana actually comes equipped with some refreshingly direct systems to give players the hint they're moving in a particular direction. Unfortunately, these choice aids are only "direct" by visual novel standards, which is to say they still require a bit of intuition.

Shanao has three stat parameters: Strength, Knowledge, and Kindness. Access Birushana's menu at any time to see how she's doing in each. Early on, when every scene is part of the 'Shared Route' before branching out into one of five paths, it's vital that you build these in a way that complements your eventual potential partner.

How will you know what that means during your first playthrough, though? Well, there is a way to get closer to the truth, which we'll cover momentarily. But first, let's dig into each cuddle candidate.

When debating between dialogue options, always bear these factors in mind.

For the most part, the choices that boost Shanao's stats are limited to the Shared Route segments. There are, however, a scattered handful of further opportunities once you have locked in a route. (The bulk are replaced with chances to elevate the partner's Love Meter, for the record.) 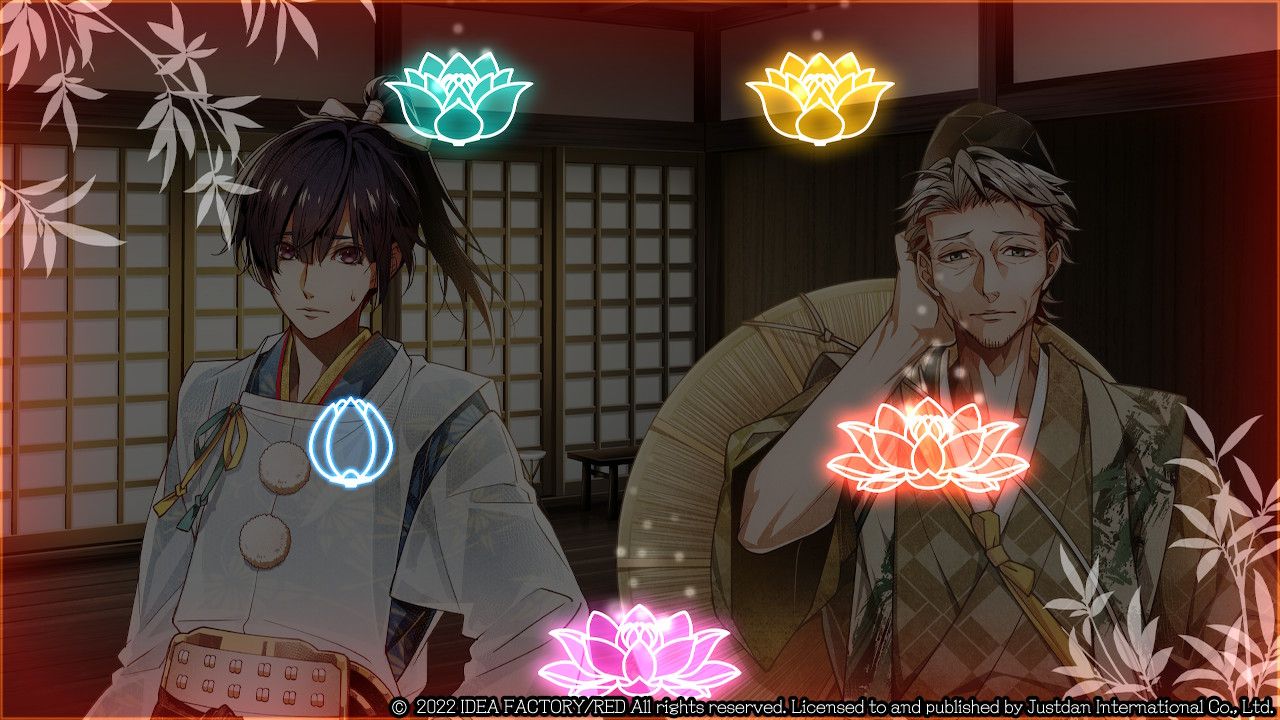 What exactly is going on here? We've got Shungen on one side, a helpful but unequivocally unromanceable ally on the other side, and three flowers in various stages of bloom.

This is going to pop up every time a decision's made prior to locking in a route. It's called Love Catch, and it features five flowers of differing colors. Each flower represents one of Shanao's would-be future lovers, and you have the power to witness how these flowers will (quite literally) unfold before you make a decision.

The more a flower opens in relation to Shanao's words, the more thoroughly you're pushing in a particular direction. Yoritomo's and Tomomori's paths cannot be followed until your second playthrough onward, so this initially eliminates either of their routes from acting as a tiebreaker and overwriting any others. As a result, first-timers need only concern themselves with Noritsune, Shungen, and Benkei.

But wait. How do we know which color corresponds with each suitor? Thankfully, accessing each of their profiles from Birushana's menu enables you to locate their respective flower colors. Keep tabs as needed, and watch as your responses lead the Heike era's men in whichever direction you desire. If only real life was so easy to navigate.