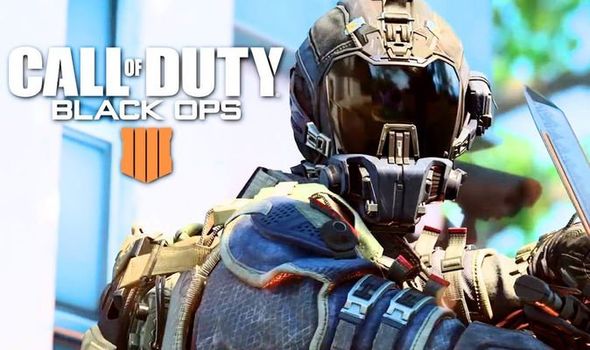 The major Call of Duty download has come to Sony’s PlayStation 4 first ahead of arriving on the Xbox One and PCs.

The Black Ops 4 Spectre Rising update brings with it a brand new specialist as well as a host of Blackout and multiplayer changes.

The patch notes for the Spectre Rising update were revealed in a post on Reddit from Treyarch.

Introducing it they said: “Operation Spectre Rising begins today on PS4, kicking off a huge new season of content in Multiplayer, Zombies, and Blackout!

“Get the full overview on everything to come in our Operation Spectre Rising Blog, and read the patch notes below for all the details for each mode.

“There’s plenty of content scheduled throughout the Operation, with the following coming to Black Ops 4 during launch week on PS4”.

Wetworks: Hydro Dam has been sabotaged and the map has flooded 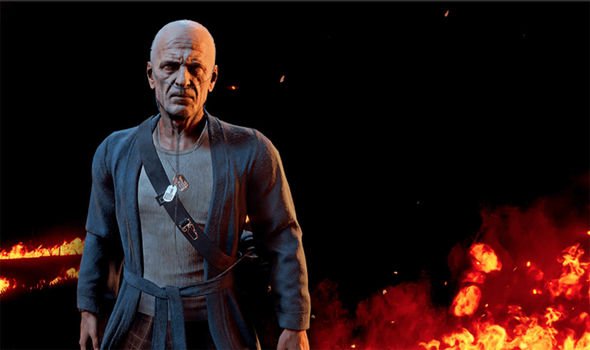 Spectre playable in MP and Blackout after unlocking Tier 1 in the Black Market (PS4).

Players who leave matches are now temporarily banned for a brief amount of time. The more suspensions a player accrues, the longer their ban will be.

DART now available to find and equip in Blackout (PS4).

Weapon tuning and Mesh Mine updates. 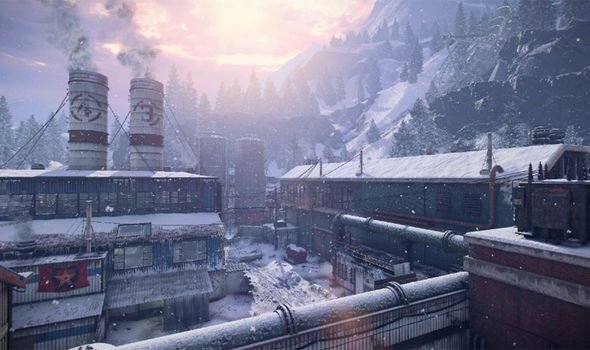 Improvements to the Winter’s Wail Perk.

Halved Camo kill requirements for weapons only obtainable through the Mystery Box.

Gameplay improvements for “Dead of the Night” and Mystery Box. 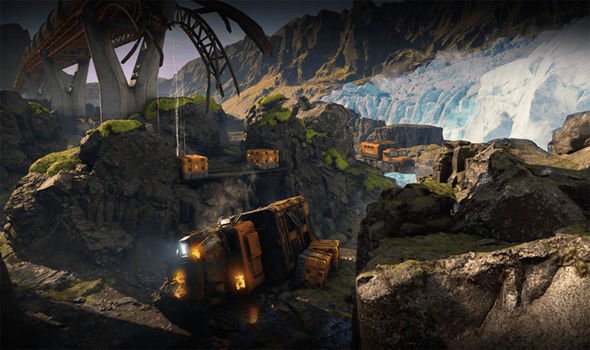 The following is now live on PS4, with other platforms to follow.

Unlocked at Tier 1 in the Black Market during Operation Spectre Rising.

An explosion at Hydro Dam has flooded the map, affecting several areas in Blackout.

Hydro Dam, Factory, Cargo Docks, Hijacked, and the farm near Firing Range have been transformed, allowing for new types of engagements and new avenues for water-based vehicles to turn the tides of battle.

Drop in and find the beacons of light that indicate new Spectre Stashes, which contain the Shadow Blade and other valuable items, including Level 3 Armor, Smoke, stealth-related Perks, and Trauma Kits.

Equipping the Shadow Blade transforms the player into Spectre, giving them unique skills including increased movement speed, the ability to see digital footprints of nearby enemies, and full third-person camera perspective.

Spectre can carry both the Shadow Blade and a normal weapon. When the normal weapon is equipped, Spectre will return to first-person view.

With each new Collapse, players with the most kills will be marked as Bounty targets that only Spectre can see.

Eliminate the target or survive the Bounty attack to be rewarded with a Supply Drop on your position.

Unique to Bounty Hunter, players can also perform Humiliations on downed enemies. These are fatal finishing moves to end an opponent in dramatic fashion. 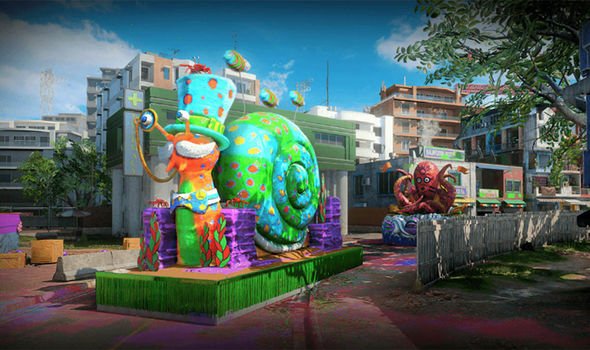 DART now available to find and equip in Blackout.

Use for a bird’s-eye view of your opponents and detonate the DART on command or when it hits its target.

Weapon Charms are now available in Blackjack’s Reserves and can be equipped on weapons through the Weapon Personalization menu.

Death Effects are available in Blackjack’s Reserves and can be equipped on weapons through the Weapon Personalization menu. Death Effects play when shooting an enemy and are only visible during first-person, Best Play, and Killcam. 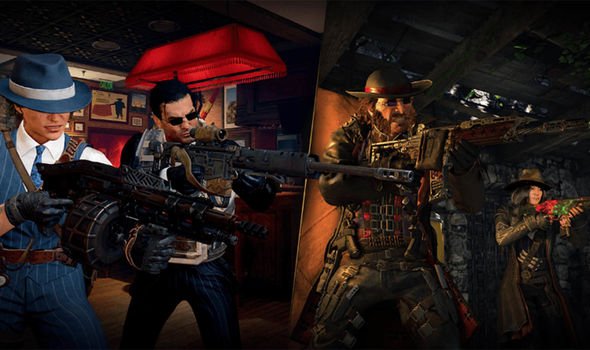 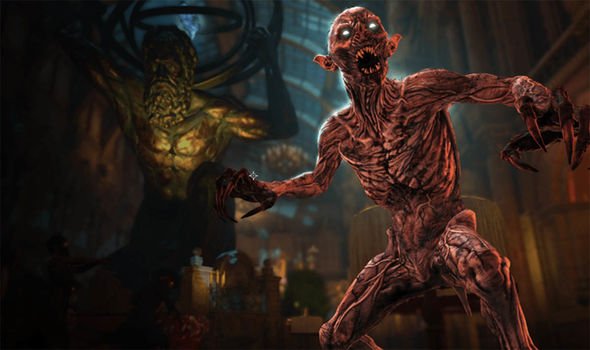 Closed an exploit where players could fire faster than intended from sprint by starting a slide, then immediately firing.

Increased cooldown time for Mesh Mine.

Grav Slam’s kills no longer feed its ability meter to be consistent with other Specialist Weapons.

Reduced the amount of time the Mantis can be temporarily disabled.

Increased the damage threshold for temporarily disabling the Mantis.

Addressed an issue where players would see teammates as enemies if the last player died to a bomb detonation.

Addressed an issue where the briefcase bomb could reduce bullet damage. 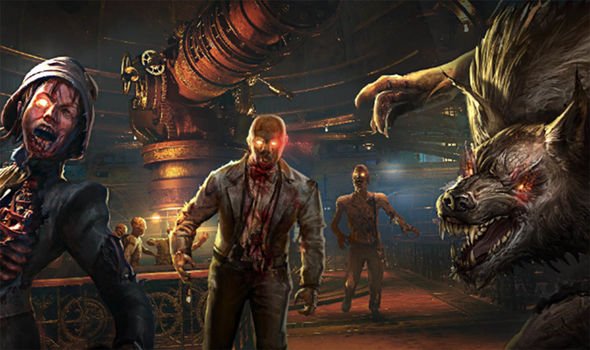 Players will now be banned for a brief amount of time after leaving a League Play match. The more suspensions a player accrues, the longer their ban will be.

Melee weapons have been restricted.

Rockets required to destroy the Attack Chopper reduced to 2 including the flare.

Rockets required to destroy the Gunship reduced to 2 including the flare.

Addressed an issue that allowed 6 players in a 5-player party.

Addressed an issue in the Event End notification that displayed Top 10 when players finished in the Top 5.

Addressed an exploitable area in the Alcatraz map.

Character personalization and selection will now be shared between Blackout lobby and Blackout Custom Games. 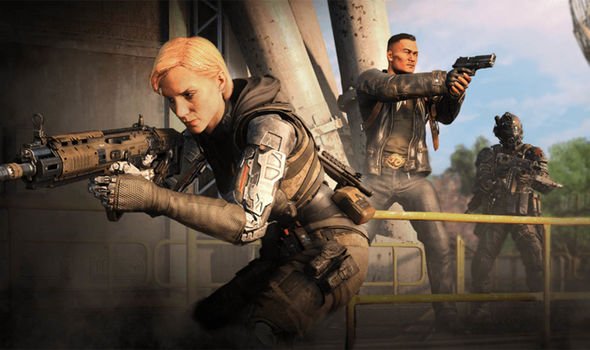 Empty Elixir slots will now be filled with a randomly-chosen Classic Elixir during a match.

Classic Elixirs will be placed into any empty slots at the start of a match.

Team-friendly Elixirs like “Nowhere But There!” have a greater chance of being chosen when playing in co-op matches.

Dead of the Night

Adjusted the base health of the Nosferatu and reduced the maximum and minimum number of Nosferatu spawns per round.

Removed zombie speed increase that occurs when the Sentinel Key is acquired.

Removed some of the Wall Buy weapons from the Mystery Box.

Now fully recharges with Max Ammo and at every round completion.

Will only proc if the player is not at full health in order to reduce the number of times it activates.

On Realistic difficulty, Winter’s Wail will still activate on contact since players will rarely survive more than one hit.

Players will now gain one charge every 60 seconds.

Increased base maximum charges to 3. Modifier charges increased to 4. 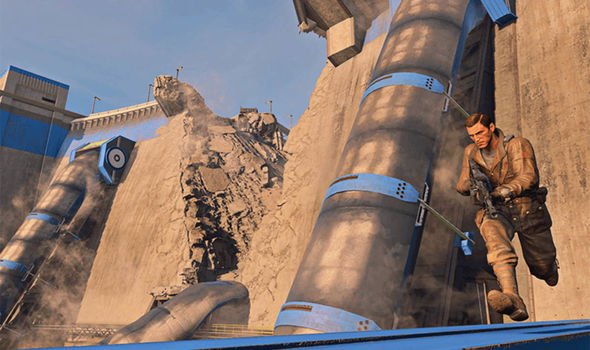 Halved Camo kill requirements for weapons only obtainable through the Mystery Box to make them more attainable.

Addressed an issue where, if a player left a match during a Server Pause, their character model would remain in-game for an extended time.

Addressed an issue where players could move during a Server Pause.

Addressed an issue where initiating Server Pause could cause players to lose connections to the host.

Addressed an issue where, if a Host Migration occurred at the beginning of a public match, the wave would unintentionally proceed after the migration ended.

Addressed an issue where, if the host used Quacknarok and left, the effect would remain after the Host Migration.

Addressed an issue where the Rewards section of the Custom Mutations After Action Report would show rewards earned from the previous public or private match.

Addressed an issue where incorrect information could display in the After Action Report after a player left after a Host Migration.

Addressed various visual issues that could occur during natural gameplay, the Main Quest, and the Outro Cutscene.

Addressed an issue where the Pegasus Strike did not appear correctly in third-person when the player was holding the Equipment button.

Fixed multiple issues related to the Enhanced Only setting in Custom Mutations. 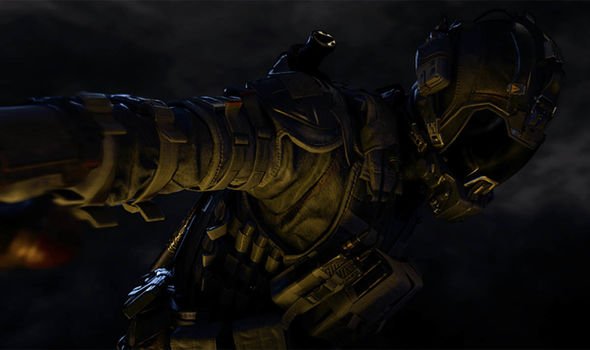 Addressed an issue where players could be prevented from progressing past the first round in Custom Mutations.

Fixed a crash that could occur if players killed a Blightfather during the initiation for a Wonder Weapon.

Fixed a crash that could occur after players destroyed the final statue while inside the Charon Charge Attack during the Main Quest.

Fixed a crash that could occur after players shoot all Chaos Crystals off of a tree during the Gaia Wonder Weapon Quest.

Blood of the Dead

Fixed a crash that could occur when firing the Spectral Key and changing targets.

Addressed an issue where power-ups and special round Max Ammo could drop outside of the playable area.

Addressed an issue where using an Elixir while shooting the Shield’s Pistol could result in the Elixir’s ability not activating.

Addressed an issue that prevented Shields from receiving ammo from Max Ammo power-ups.

Addressed an issue where, if a player had Mule Kick from the Secret Sauce Perk and lost it, they could not get Mule Kick again unless it was in that same slot.

Addressed an issue where Perk descriptions would not update when hovering over Perks equipped to Altars in the Create-a-Class menu.

A prompt now lets the player know they are unable to pick up a Dormant Hand when already holding a Wonder Weapon.

Players can no longer accidentally cancel the Pegasus Strike when repeatedly pressing the Equipment button.

When fast-travelling with Bots, the Bots will no longer disrupt player movement.

Addressed various issues relating to voiceover being interrupted and incorrect subtitles being played.

Addressed an issue where, if a player died and entered spectate with a Tribute reward available, their progress could be reset upon returning.

Addressed an issue where, if a player used the charge attack with the Hand of Ouranos or Hand of Hemera, the channeling animation would play but nothing would happen.

Addressed an issue where a player could be in the Shadow’s Bank and get stuck by receiving help from other players.

Addressed an issue where zombies could get stuck pathing in Groom Lake.

Fixed an exploit where players could fire faster than intended from sprint by starting a slide, then immediately firing.

Gestures and Tags are no longer character-specific, and the UI has been updated to start with the Slot assignment.

Gestures, Tags and Jump Packs in Blackout can be now be accessed from the Extras menu in the Lobby.

Gestures and Tags can be played in the Lobby in Multiplayer, World League Hub, and Blackout.

Outfit personalization can now be accessed from the Specialist button in the lobby in Multiplayer and World League Hub.

Outfit personalization will now be shared between Multiplayer and World League Hub in Custom Games in each mode.

“Clear All Markers” has been moved to the right stick button on consoles.

Tier Reward animations are faster in the After Action Report.

Blizzard’s HR boss is the latest exec to say goodbye

Elden Ring: How To Get The Sword Of Night And Flame