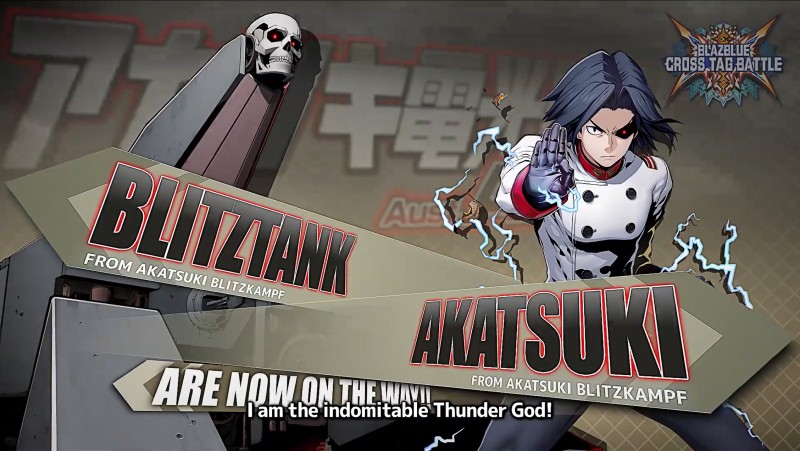 BlazBlue: Cross Tag Battle is getting nine more characters as part of a major “Version 2.0” update, and the latest trailer shows off four of them.

Leaked ahead of time but revealed officially at the end of this year’s Cross Tag Battle finals at Evo, the will make their way to the game on November 21. One of them is a tank.

Two new series join the series’ roster; from the Senran Kagura series comes Yumi, a ninja who wields a combination of ice-based ninja attacks and dancing. And from the relatively obscure Akatsuki Blitzkampf fighting series we get Blitztank (that’s the tank I mentioned earlier) and protagonist Akatsuki (who is not a tank). We also get another RWBY character, Neo Politan. Five more characters will be revealed later.

Along with the new characters, we also get some new stages, and we’re likely to get some major balance and system changes as well.