The most difficult part of any new tabletop game is explaining the rules to your friends. Randy Pitchford, the CEO and co-founder of Gearbox Software, made the unusual decision to do so live on stage at this year’s PAX East. He then stopped abruptly, before using the game components themselves to perform an elaborate magic trick.

It went about as well as you’d expect, serving as the preamble to the unveiling of Borderlands 3, which sadly encountered multiple technical errors during the presentation.

The game is called Borderlands: Tiny Tina’s Robot Tea Party, and it was developed and published by Gearbox, Chicago’s XYZ Game Labs, and Nerdvana Games. While new to the world, it’s been on sale at PAX East since earlier today, judging from a post on the ResetEra forums which includes box art. 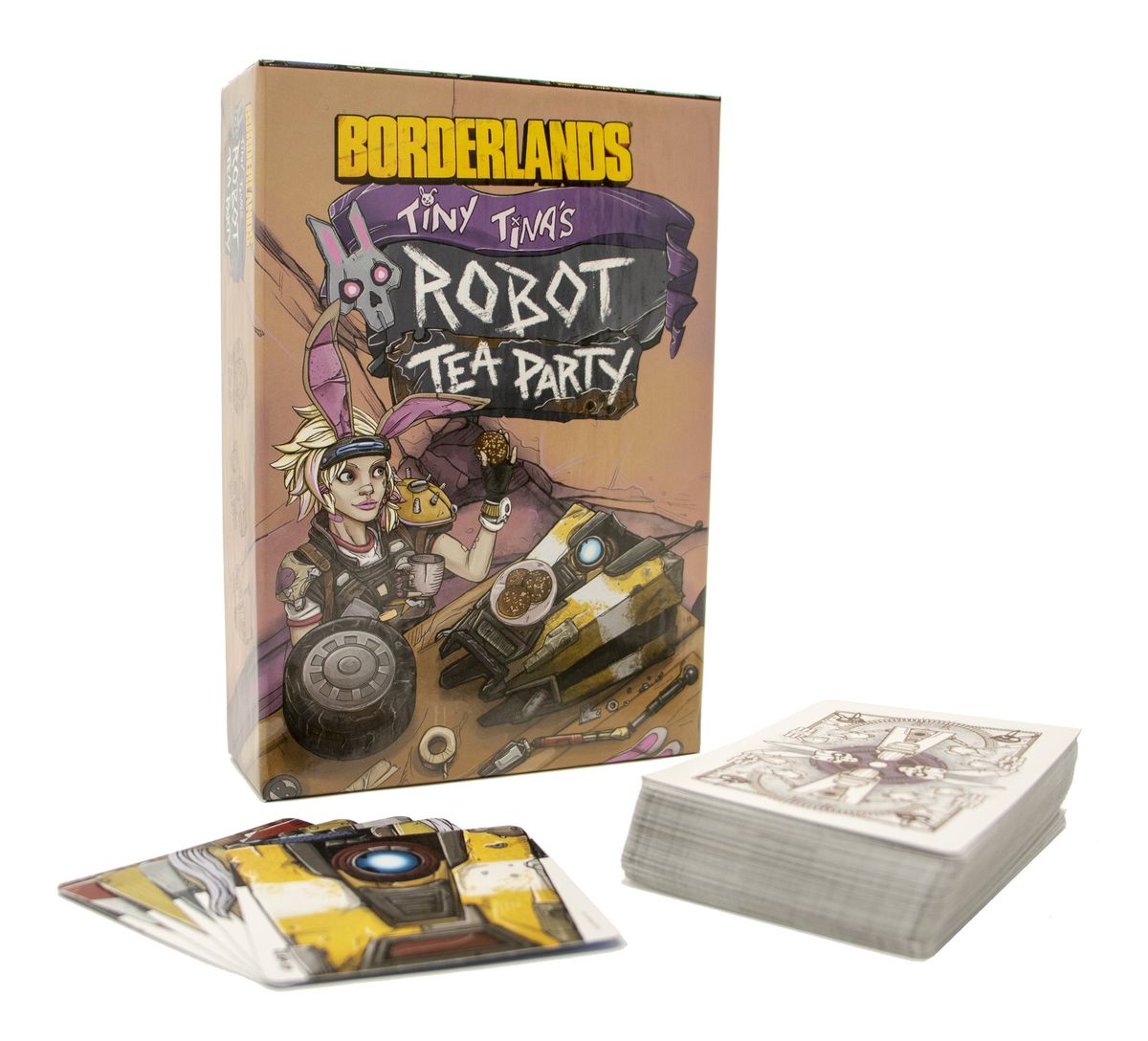 The 15-minute experience uses a deck of cards. It allows two-to-five players to compete at creating their own claptrap, one of the iconic, pint-sized robots common to the Borderlands lore. The game appears to draw from much of the franchise’s unique, cell-shaded art style.

I know this because, after opening the game, Pitchford read the manual to me, to an auditorium full of people, and to the entire internet.

Pitchford then stopped halfway through the slim pamphlet, turning to several members of the audience he had invited on stage, and proceeded to use the game components to perform an elaborate magic trick.

I admit, this is not the first time I’ve seen Pitchford perform a magic trick at a fan convention. But it is the first time that he’s done it with a new board game about which I have been curious to learn more.

You can find more details, and information on how to order a copy, at the game’s official website. XYZ has several products already on the market, including Inoka and RobotLab, which also allows players to build robots using a deck of cards.