Home » News » Bravery And Greed: How To Beat The Ice Caves Boss

While the Ice Caves is Bravery And Greed's first dungeon, its boss is no piece of cake. For instance, it took us multiple playthroughs and a beginner-friendly arcana to defeat them. So, what makes the boss of this frozen dungeon so intimidating?

The Ice Caves boss, a yeti, combines fast rushdown attacks with tricky long-range traps. However, they're also incredibly readable. Therefore, if you enter the boss's layer with enough potions and gear, defeating them takes minutes.

Where Is The Ice Caves Boss? 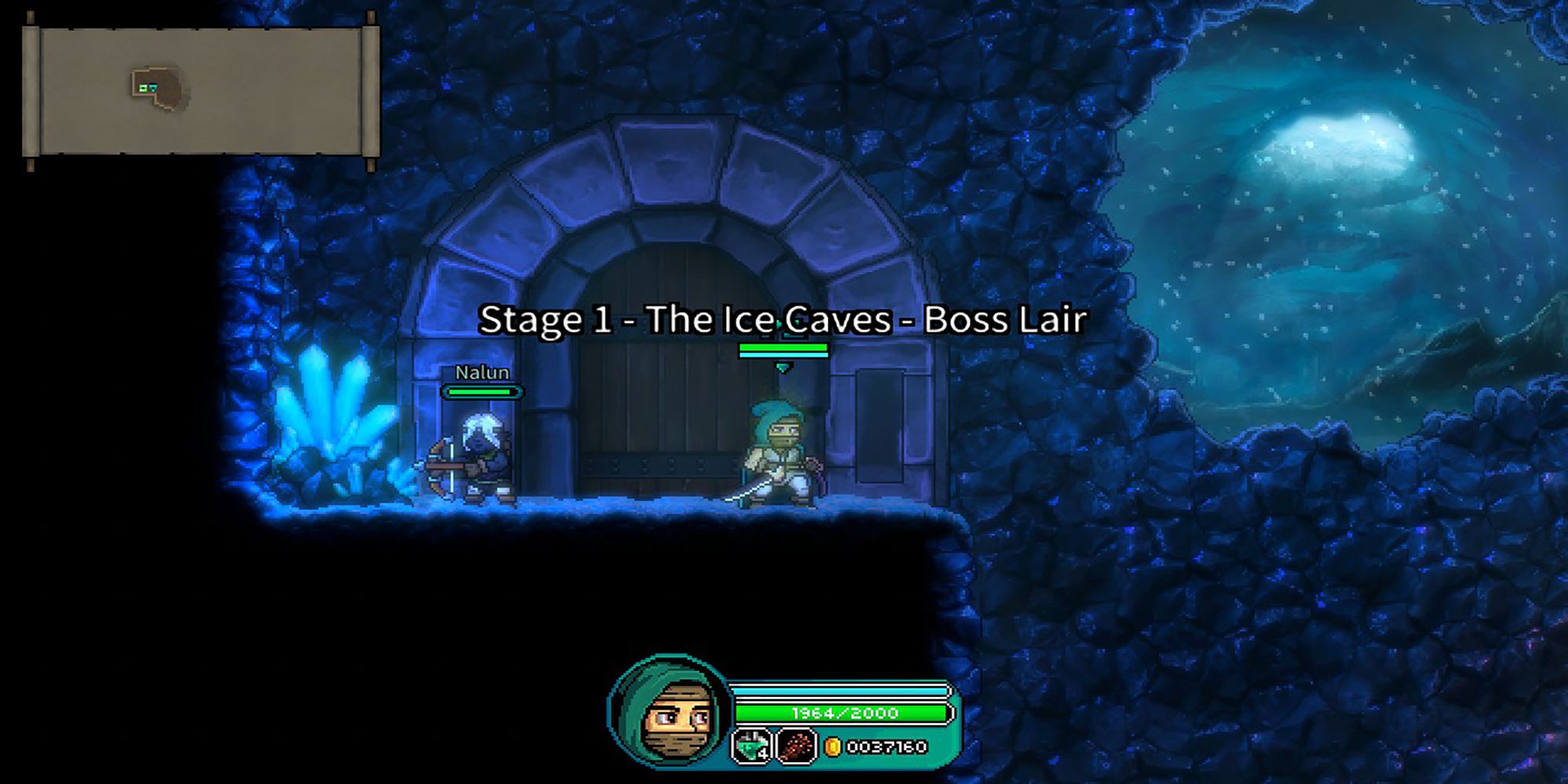 Bravery And Greed has randomly generated dungeons. Therefore, you can't expect the Ice Caves' boss to be in the same place every playthrough. However, you'll find boss areas behind a large door near the dungeon's end.

However, before you enter the boss's lair, we recommend you explore as much of the dungeon as possible. Doing so will lead you to new power-ups, gear, and potions from treasure chests and shrines. All of these prizes will give you an edge in the final battle. 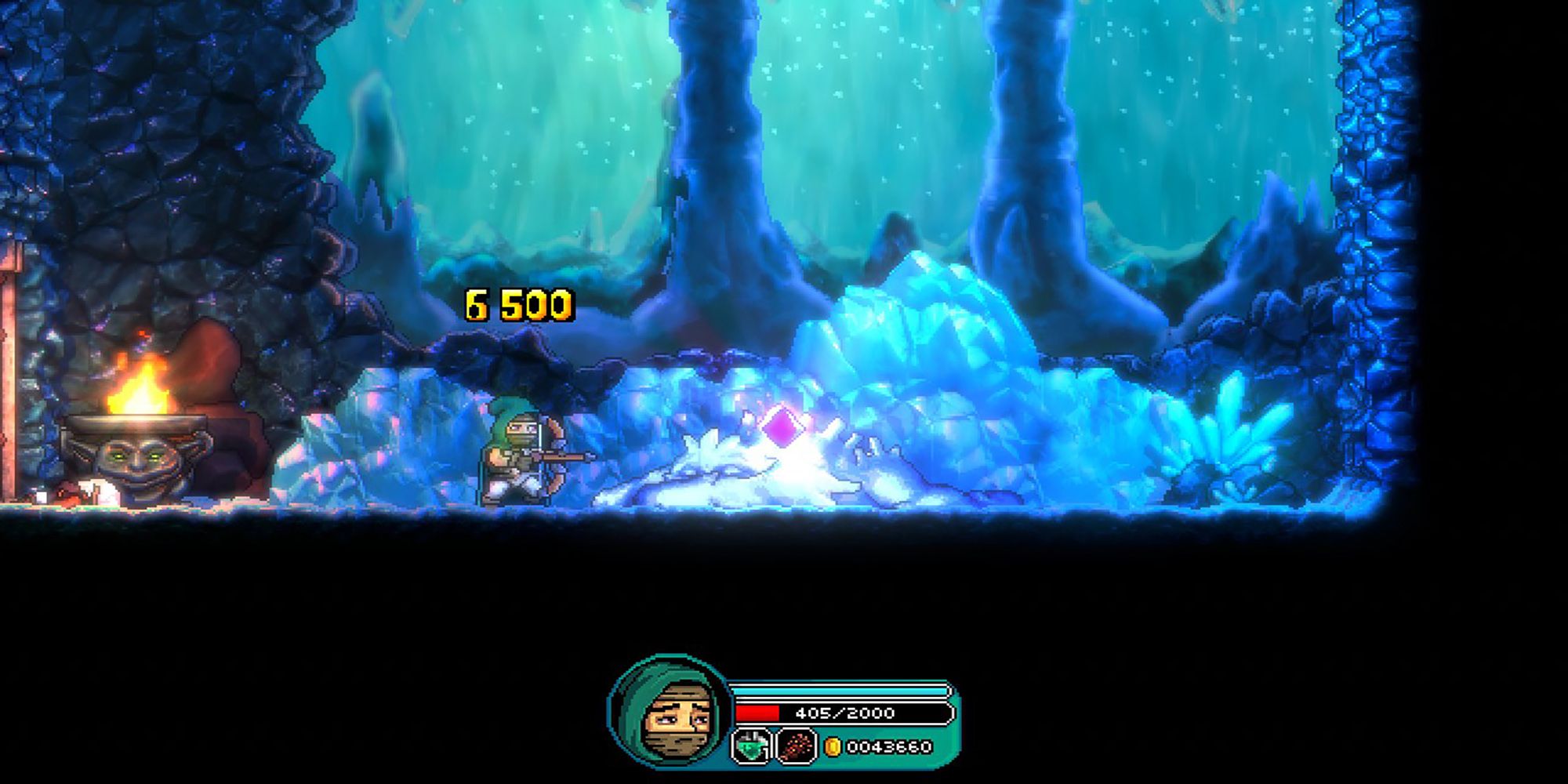 The Ice Caves Boss is a giant, imposing Yeti named Frostfang with fast charges and powerful physical attacks. However, if you look out for the Yeti's various tells, you'll easily read their actions and defeat them. So get ready to dodge a lot and make a plan of attack whenever you see an opening.

When The Yeti Flashes, It's Going To Tackle You 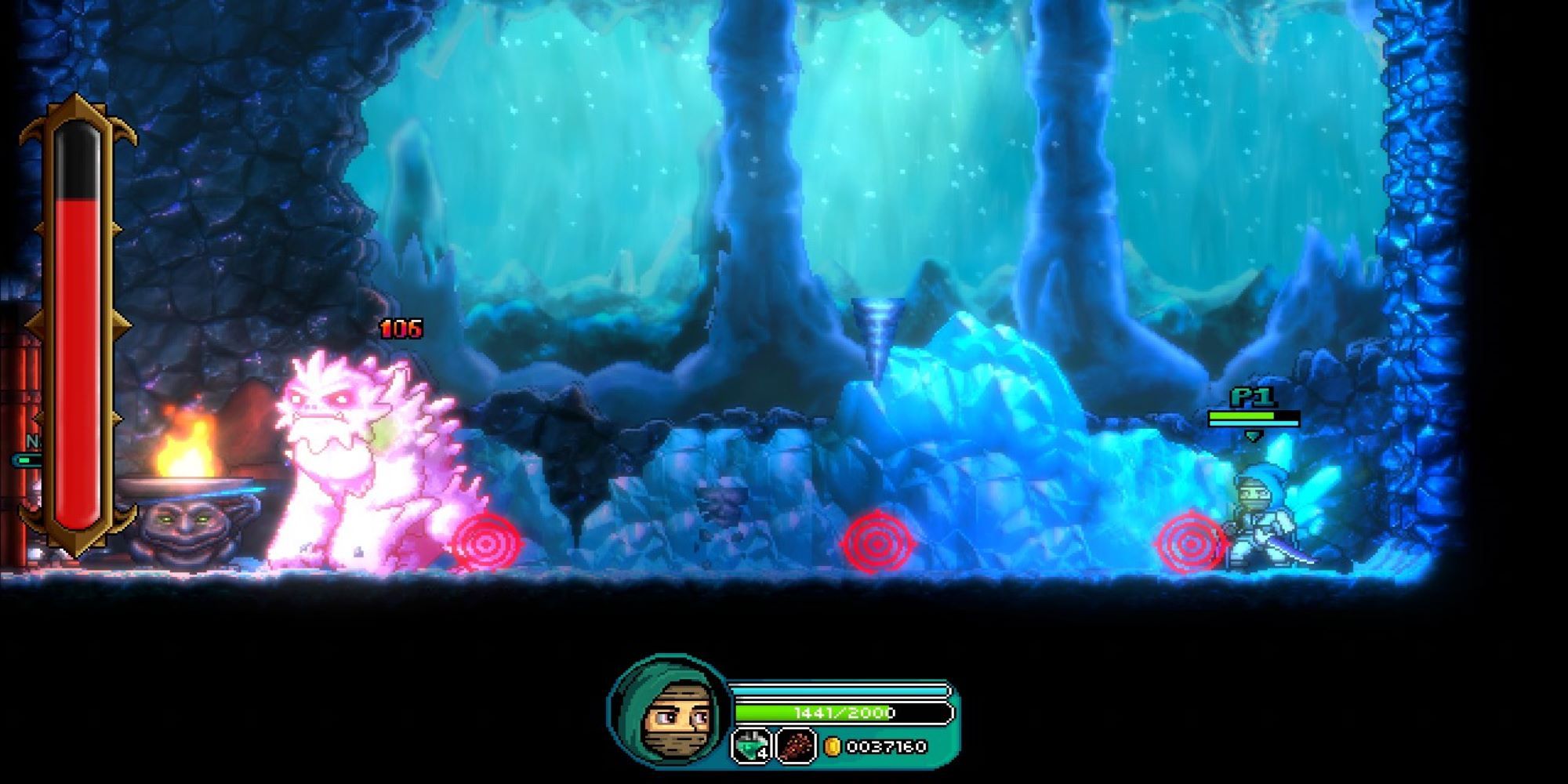 One of the Yeti's most damaging attacks is a ground tackle that knocks out tons of HP. You'll know the tackle is coming when the Yeti starts flashing colors. However, you'll barely have a second to respond. So, when you see that Yeti flashing, quickly dodge to escape its grasp. 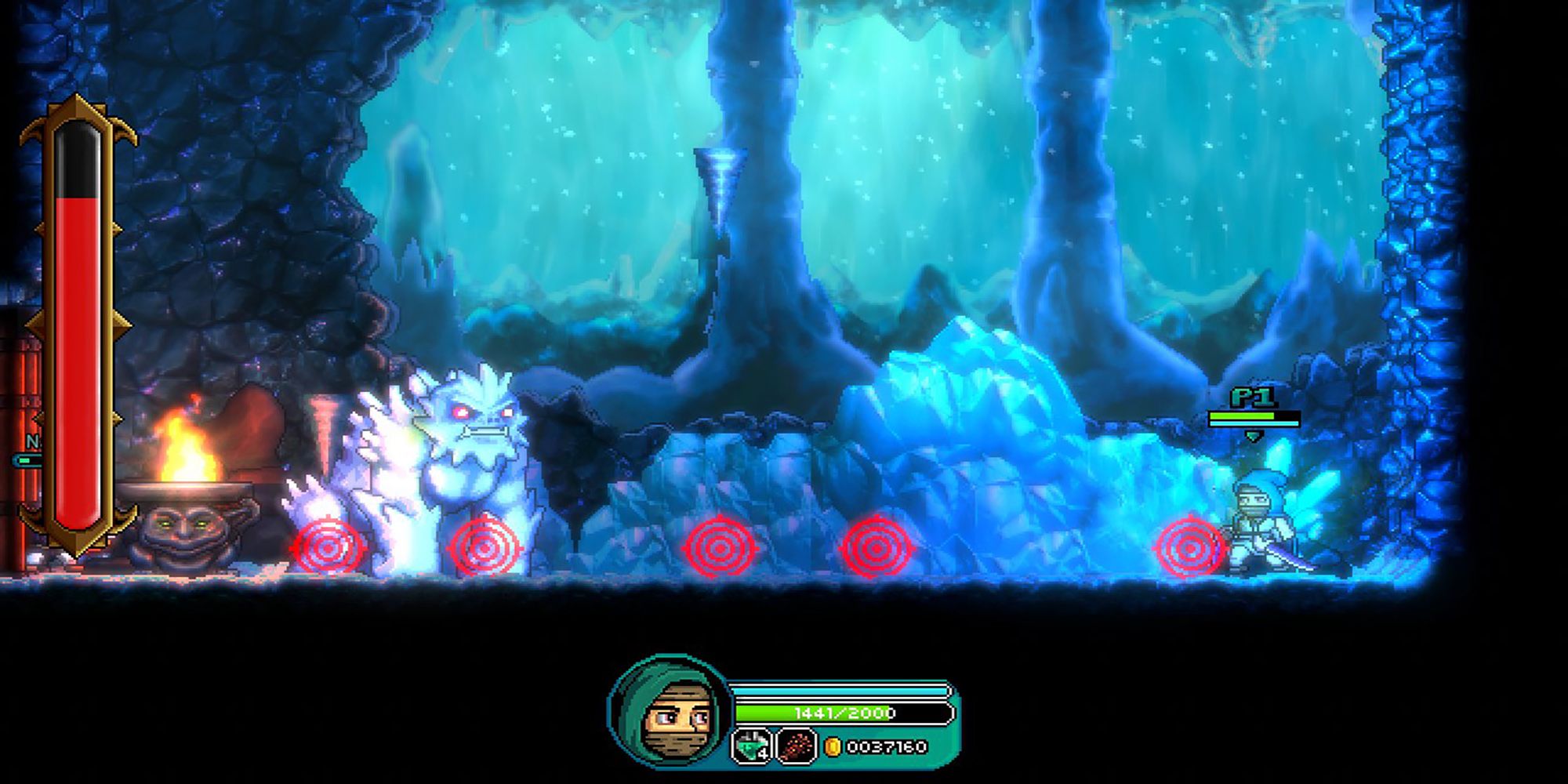 Ranged Weapons Are Key To Defeating The Yeti 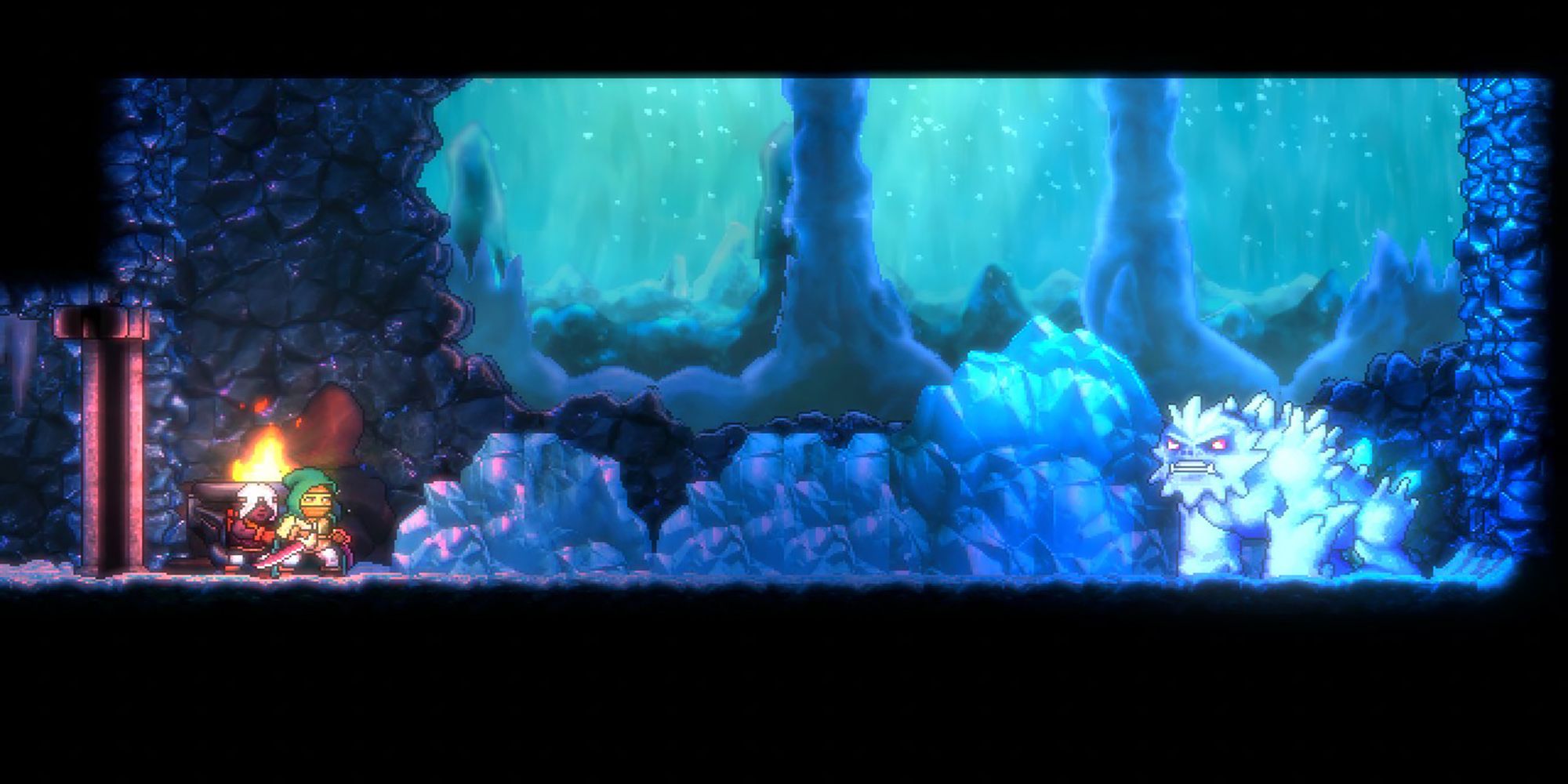 Since the Yeti is a powerful and fast-moving boss, attacking from a distance is your best chance of survival. Thankfully, most of Bravery And Greed's classes have long-range weapons. For instance, the Rogue has a bow-and-arrow, the Amazon has a Chakram, and the Wizard can use energy balls or summon an Elemental.

Of course, the Warrior is the only class without long-range techniques. In this case, you must use this class's defensive skills to your advantage. The Warrior has several shield skills that allow them to move with coverage, such as Shield Dash and Step Back. Plus, the Warrior can parry, allowing them to deflect icicles while approaching the Yeti. Finally, the Warrior can use their shield to block, thus closing the distance from the Yeti without dodging.