Few games from my childhood have aged well. While I still adore the likes of Final Fantasy 7 and Spyro The Dragon, I’ll be the first to admit their original forms are far from perfect in 2022. They’re archaic, held back by dated visuals and primitive controls that have been iterated upon time and time again in the years since. But I still love them to bits.

Amidst this infantile rough sits a few diamonds though, gems which have aged beautifully despite being released decades ago on hardware that has long grown irrelevant. Ico remains a melancholic masterpiece with a poignant storyline and compelling mechanics, while Jak & Daxter or Final Fantasy 10 are two PS2 classics that combine a timeless aesthetic with engaging gameplay to create a duo of games that remain a joy to play even today.

Burnout 3: Takedown can be counted among this small selection of enduring classics. Criterion's rip-roaring racer is a thing of beauty, building upon its two predecessors to craft a threequel that is frenetic, frantic, and so unbelievably satisfying to play. Part of its brilliance is how the game never once tries to overcomplicate itself. You have access to a plethora of disgustingly fast cars and your job is to complete races while wiping out fellow drivers with a series of sick takedowns. You can slam them into a nearby railing with a burst of speed, or flip them over your own vehicle by slamming into them from the exact right angle. 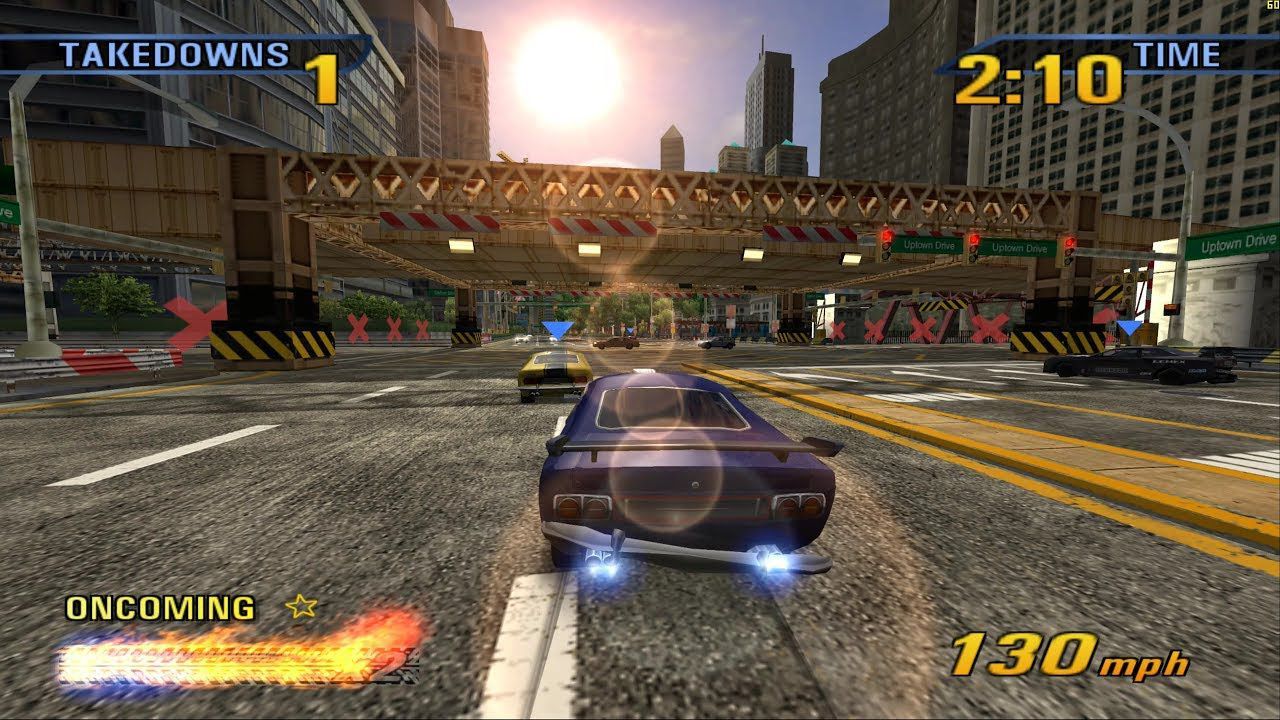 Whenever you pull off a successful takedown the entire screen shifts into a brief period of slow motion, allowing you to marvel in your own personal destruction before immediately drifting back into the action. Flawlessly completing a race while wiping out each and every competitor you come across is a thing of beauty, even more so in modes that reward you for murdering fellow motorists on the road to victory. Future games like Paradise and Revenge would build upon the tight formula that Takedown pioneered, but in its purest form it still can't be beaten.

Crash Mode was a delight too, and arguably at its best here because of how much pure carnage could be caused in a matter of moments. If you aren't familiar with the concept – you’re tasked with driving your car into a specific location, be it a bustling intersection or a stretch of motorway adorned by several lanes of traffic, and cause as much monetary mayhem as possible before the timer runs out. 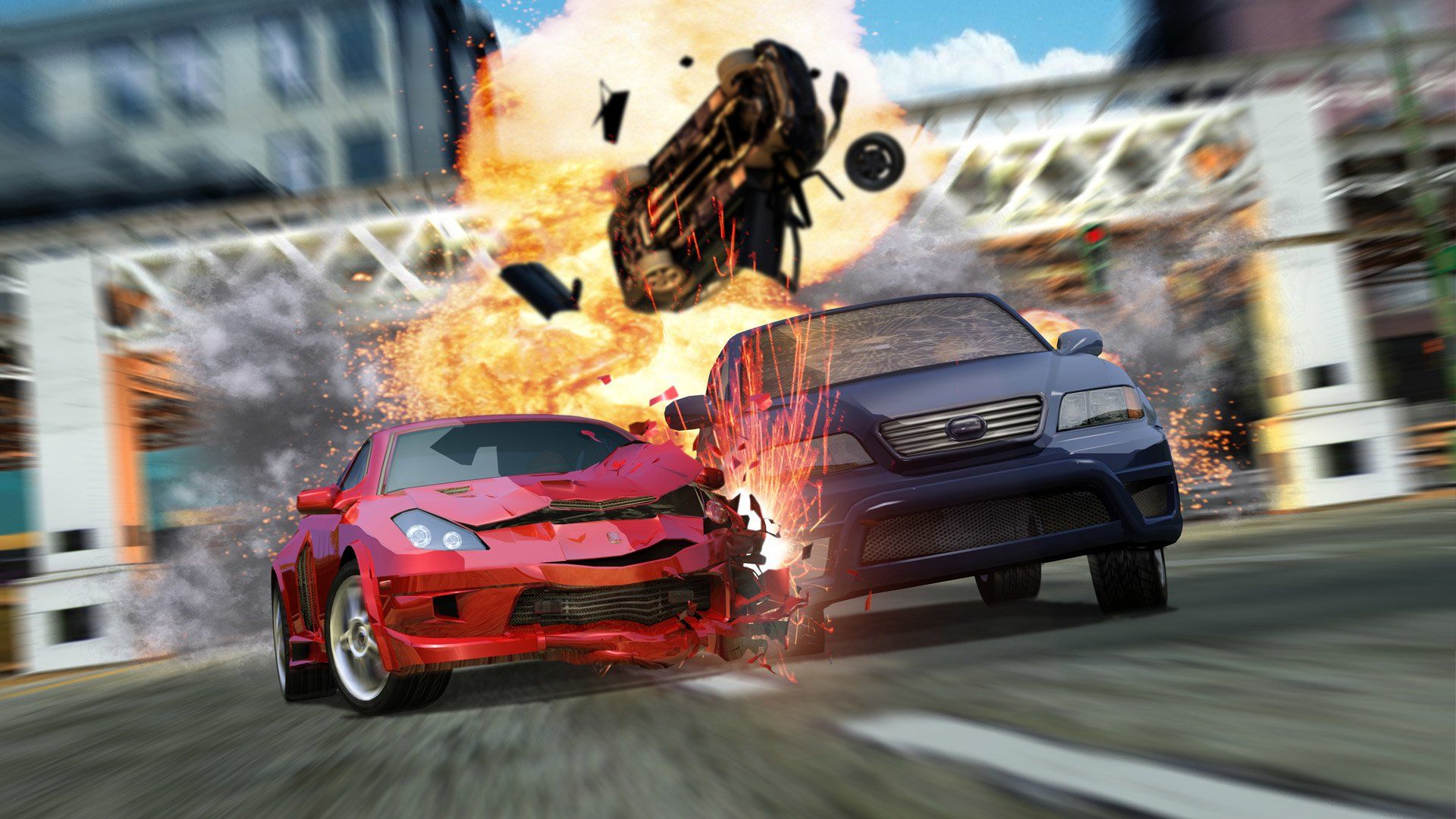 It's so simple yet so satisfying in how explosions can mount up, causing a chain reaction of flying vehicles, wayward shrapnel, and wailing car alarms as we wait for it all to subside. The finest moments are when it all seems to be over, but then a random bus appears from a nearby motorway off-ramp and crashes into the pile of wrecks, setting off yet another orchestra of grin-inducing explosions.

Watching the numbers mount up as you finally procure a gold medal exudes a high that still hasn't been matched in the genre. Neither has the speed at which you travel or how tight and intuitive the controls still feel despite it all. Burnout 3: Takedown is a classic in every sense of the word, and if Electronic Arts had any brains it’d commission a remaster and bring this gem back into the limelight.

Goodness me I haven't even mentioned the soundtrack yet. As someone who entered their teenage years in the late noughties this game is filled with nostalgic bangers that channel the urban rebellion Burnout was renowned for at the time. My Chemical Romance, New Found Glory, Fall Out Boy, Jimmy Eat World, and Rise Against are just a few of the legends you'll find screaming out of the speakers when embarking on a race. The backing track for the intro cinematic still sends a flood of noughties emo nostalgia washing over me. 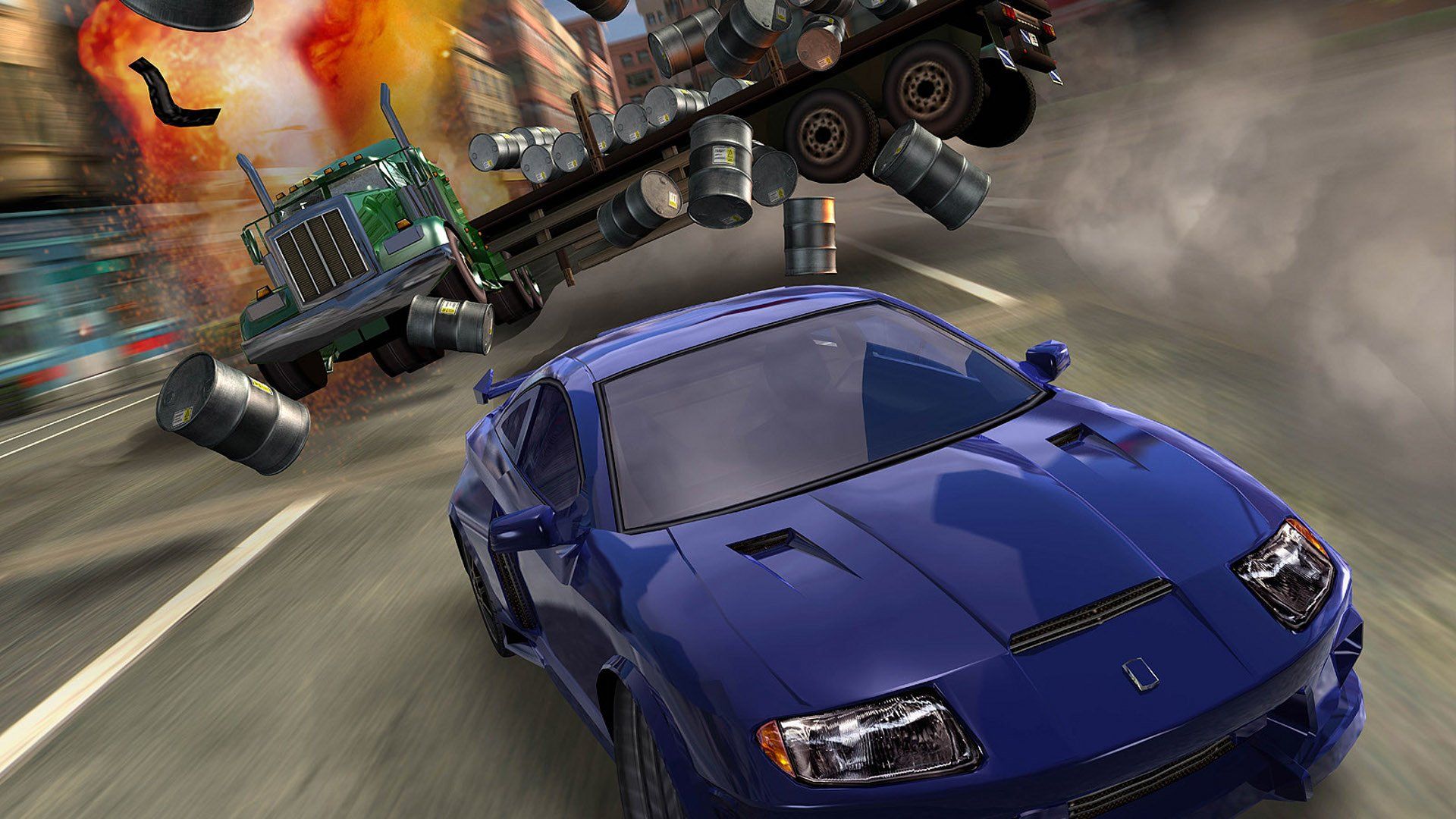 There's also the super duper cringe radio announcer helping all the events and tutorials. He's grating, but I'll always have a nostalgic soft spot for him and how out of time he feels in 2022. Picture Jason Bateman in Dodgeball, that’s what I do. He did the "you're the coolest and most badass person on the planet" thing long before Forza Horizon made it overly wholesome and weird. Here it works, basking in the pop-punk irreverence of American youth in the 2000s. We were so cool back then with our flip phones and emo hairstyles.

Do yourself a favour and track down a copy of Burnout 3: Takedown and try it for yourself if you haven’t already. It’s a tired cliche, but they really don’t make them like this anymore.

The 10 Most Valuable Flesh And Blood Cards

Today Only: Sega Genesis Mini For $35, Its Lowest Price Yet