Premium clothing brand Original Stitch is celebrating Pokemon’s 25th anniversary in a big way. The premium clothing brand has teamed up with The Pokemon Company to release a new line of Poke-themed shirts and accessories inspired by the franchise’s Hoenn region. These new items offer 34 new patterns that fans can customize to show off their favorite Pokemon.

This brand-new line offers fans the chance to customize shirts, masks, and bandanas with their favorite Pokemon from series like Pokemon Ruby and Pokemon Sapphire. This new line joins the previously released line of earlier generation Pokemon that Original Stitch offers. Along with these 34 new patterns, fans can now combine 285 types of original print fabrics from Pokemon that appear in Pokemon Red and Blue, Pokemon Gold and Silver, and Pokemon Ruby and Sapphire. 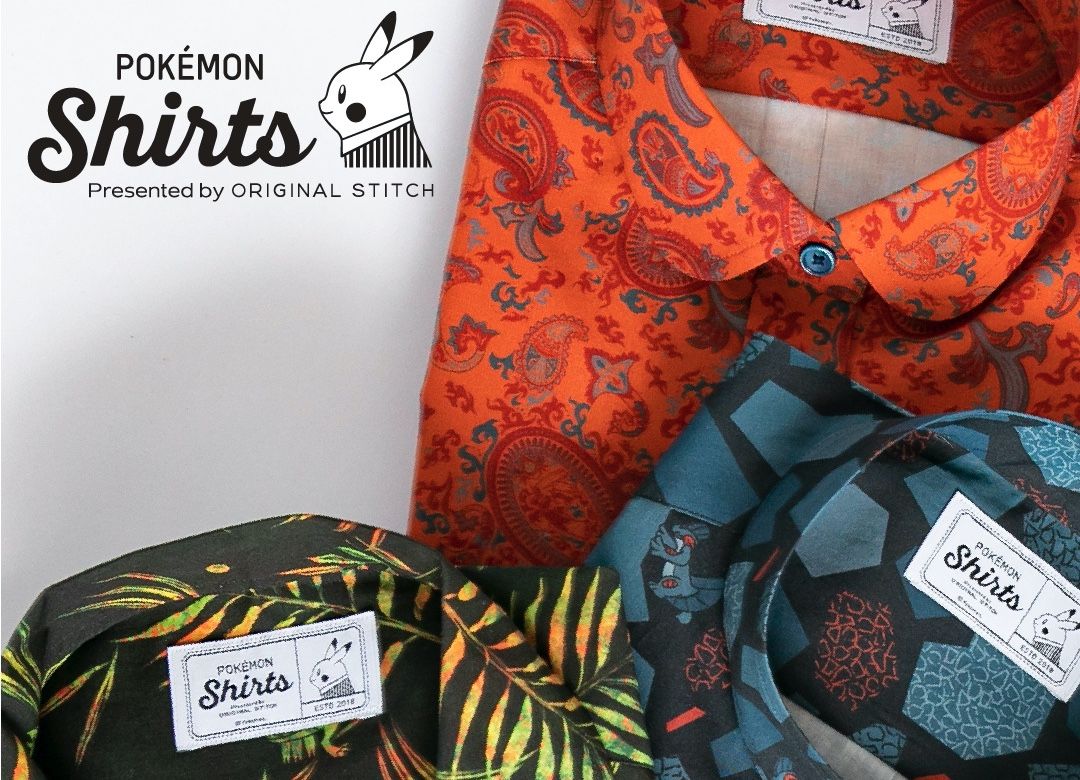 The brand has also announced that they plan to release more new patterns in 4 different phases throughout the year. Each phase will have a theme and each theme will include Pokemon to match. This first phase, titled “The Beginning of Adventure,” includes those Pokemon that are the first three Pokemon to join the team and the ones that appear in the early stages of the game. The next phase, set for the end of April, will be “Ground” and will include Pokemon like Groudon and Metagross. In July, the third phase will be “Ocean” and include Kyogre and Milotic. Finally, the fourth phase will be “Sky” and include Latias and Latios.

While these patterns are perfect for any Pokemon fan, as a premium brand these new threads can get a little pricey. Adult shirts customized with the new patterns will start at $100, kid shirts begin at $85, and masks start at $18. However, the cost might be worth it to bring Slaking into your everyday business-wear.

This collaboration is just one of many ways fans can celebrate the franchise’s 25th anniversary. The franchise recently announced the remakes of Pokemon Brilliant Diamond and Shining Pearl set for later this year as well as a new open-world RPG coming next year. Plus, the release of the New Pokemon Snap is quickly approaching, so fans will definitely have their fill of Poke-content in the coming months!