Video game publisher Kalypso Media Group recently announced a December 4, 2020 release date for its World War II RTS Commandos 2 – HD Remaster on the Nintendo Switch. The game’s placeholder page is already live over on the Nintendo webstore, which shows the game priced at $29.99.

Commandos 2 – HD Remaster was developed by Yippee! Entertainment, acquired by Team 17 (the company behind The Survivalists and Overcooked! All You Can Eat) in January 2020. The game is a remaster of the original Commandos 2: Men of Courage, developed by Pyro Studios and published by Eidos Interactive, and released in September 2001 for Microsoft Windows, PlayStation 2, and Xbox. After the Nintendo Switch, Commandos 2 – HD Remaster is next scheduled to be released for the iPad and Android devices.

Commandos 2: Men of Courage places you in the role of an Allied commander in charge of an elite unit of commandos during World War II, from May 1941 to August 1944. Each commando has their own unique skillset, and it’s up to you to strategically deploy them through 22 missions against Axis Forces in order to help bring the war to its end. 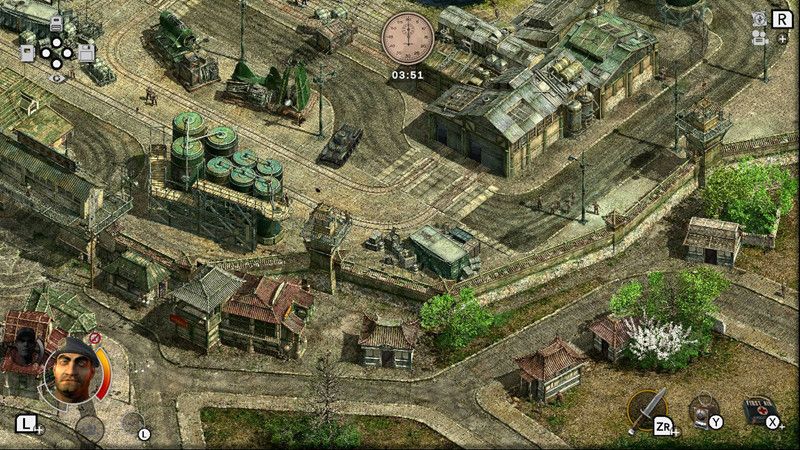 As the game’s description states, you’ll be able to utilize the skills of nine unique commandos: Diver, Driver, Green Beret, Sapper, Seductress, Sniper, Spy, and Thief. You may have noticed only eight were listed, which hopefully means the devs kept the playable dog character in with this Remaster. You will also have plenty of military weapons, gear, and vehicles at your disposal, “including jeeps, tanks, trucks, ships, bazookas and flame-throwers.”

The previous Commandos 2 Remaster for Windows, PS4, and Xbox One, was developed by Torus Games, published by Kalypso Media, and released in January 2020. It featured the Commandos series’ first appearance in a modern 3D engine, which allowed for 360-degree camera rotation and zoom, and seamless camera movement in and out of buildings, submarines, and planes.

The Nintendo Switch HD version specifically rebuilds the tutorial, modernizes the UI, and reworks the controls for proper Switch operation. Aside from those few but important fixes, Commandos 2 – HD Remaster plays with the same quality and intense action as the original Commandos 2: Men of Courage.

Read more about the Commandos 2 – HD Remaster on the Kalypso website and the Nintendo Switch webstore.

Ancestors: The Humankind Odyssey Releases For PC This Summer, Consoles This Winter

PS Plus Free Game WARNING: This is a PS4 download you don’t want to miss