Home » News » Cult Of The Lamb: How To Collect All Talisman Pieces

The world of Cult of the Lamb is colourful, mysterious, and more than a little sombre at times. Amass a cult of mindless, adorable drones who would pledge their lives to your noble crusade – or die trying. That's the real name of the game.

You can also complete side quests in order to receive valuable collectibles. Whilst these collectibles aren't totally necessary to your main mission, they do add a touch of excitement amidst all the farming and crusading. Here's how to collect every Holy Talisman shard, allowing you to unlock all the Lamb's fleeces at the Temple altar! 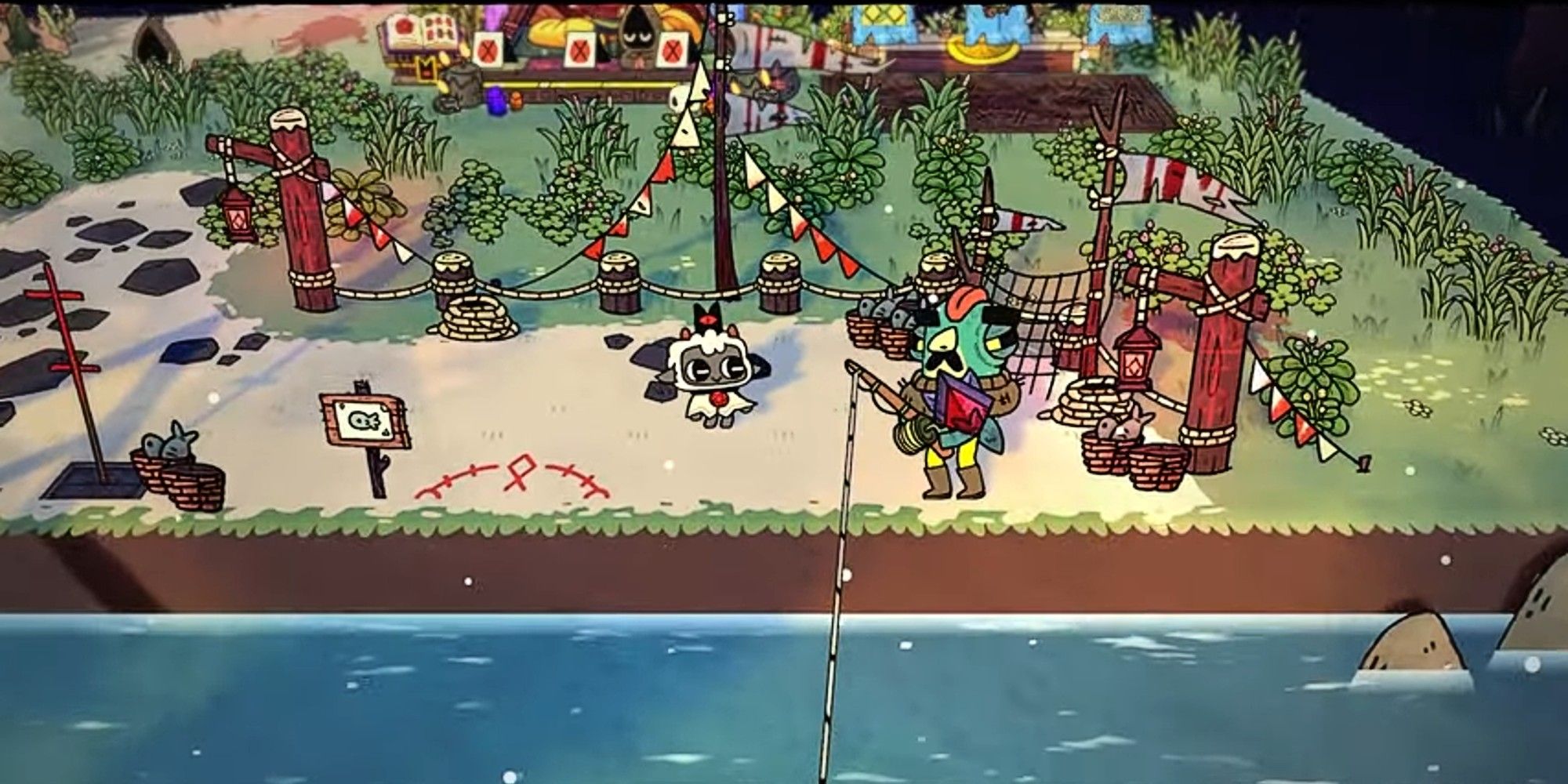 When you make your way to Pilgrim's Passage, chat to the Fisherman standing by the water. He will ask you to catch four sea creatures for him, and will award you one Talisman piece per each of the following:

After handing over the four items, you should now have one complete Holy Talisman.

We have a complete guide to the Beasts Below The Waves quest if you're struggling to scrounge together the necessary items.

Increase your odds of catching rare fish by performing the Ocean's Bounty ritual at your Temple before going fishing. 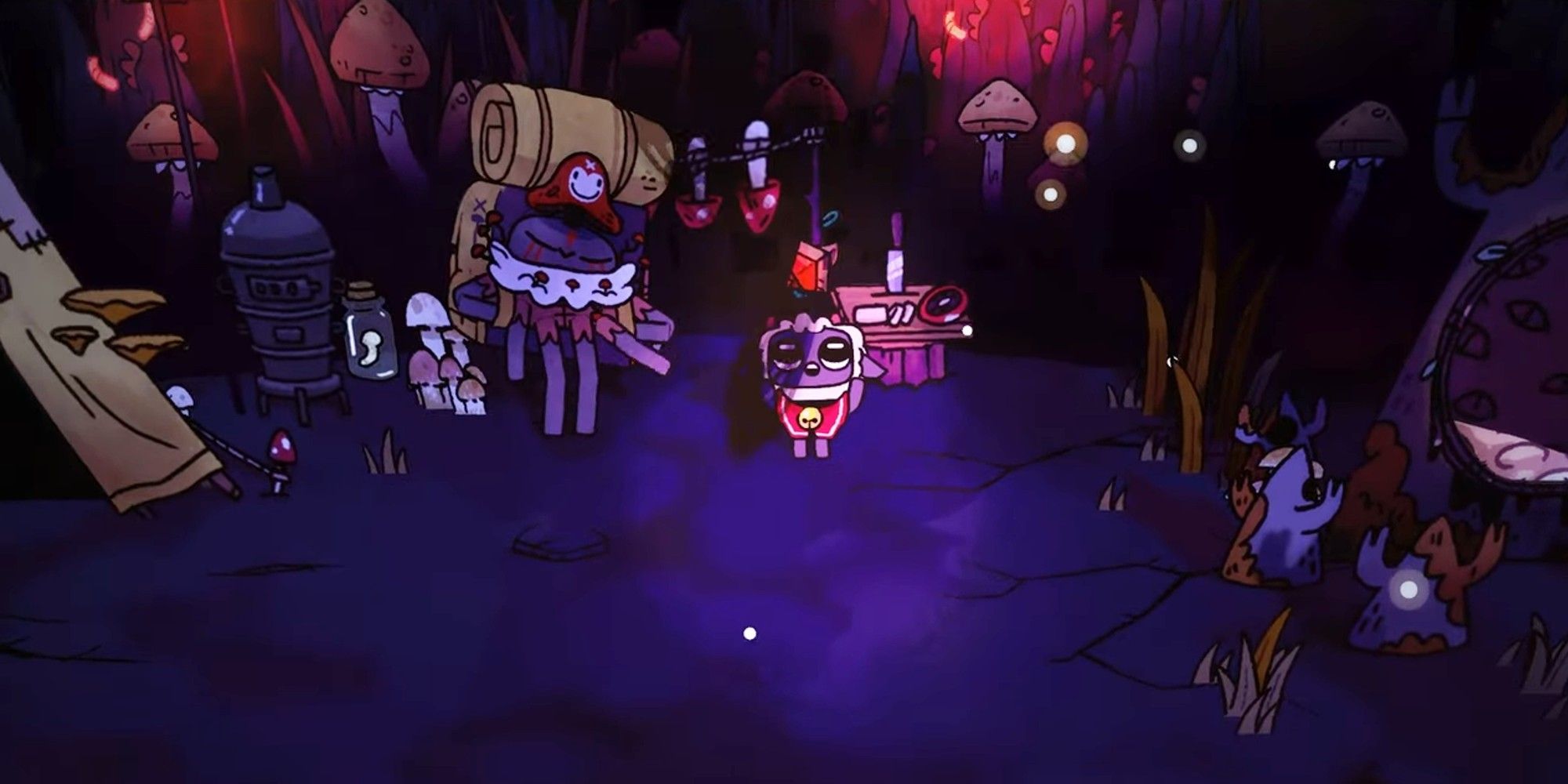 Whilst venturing through Anura, you will eventually unlock Spore Grotto – a town just northeast of your cult grounds. This place is home to Sozo, a mushroom-obsessed overlord who wishes to educate the lamb on the benefits of mind-altering substances.

To gain Sozo's four Talisman shards, complete the following quests for him:

These tasks must be done in chronological order as per the above since Sozo will only give you the blueprint for the sculpture after you perform his ritual. 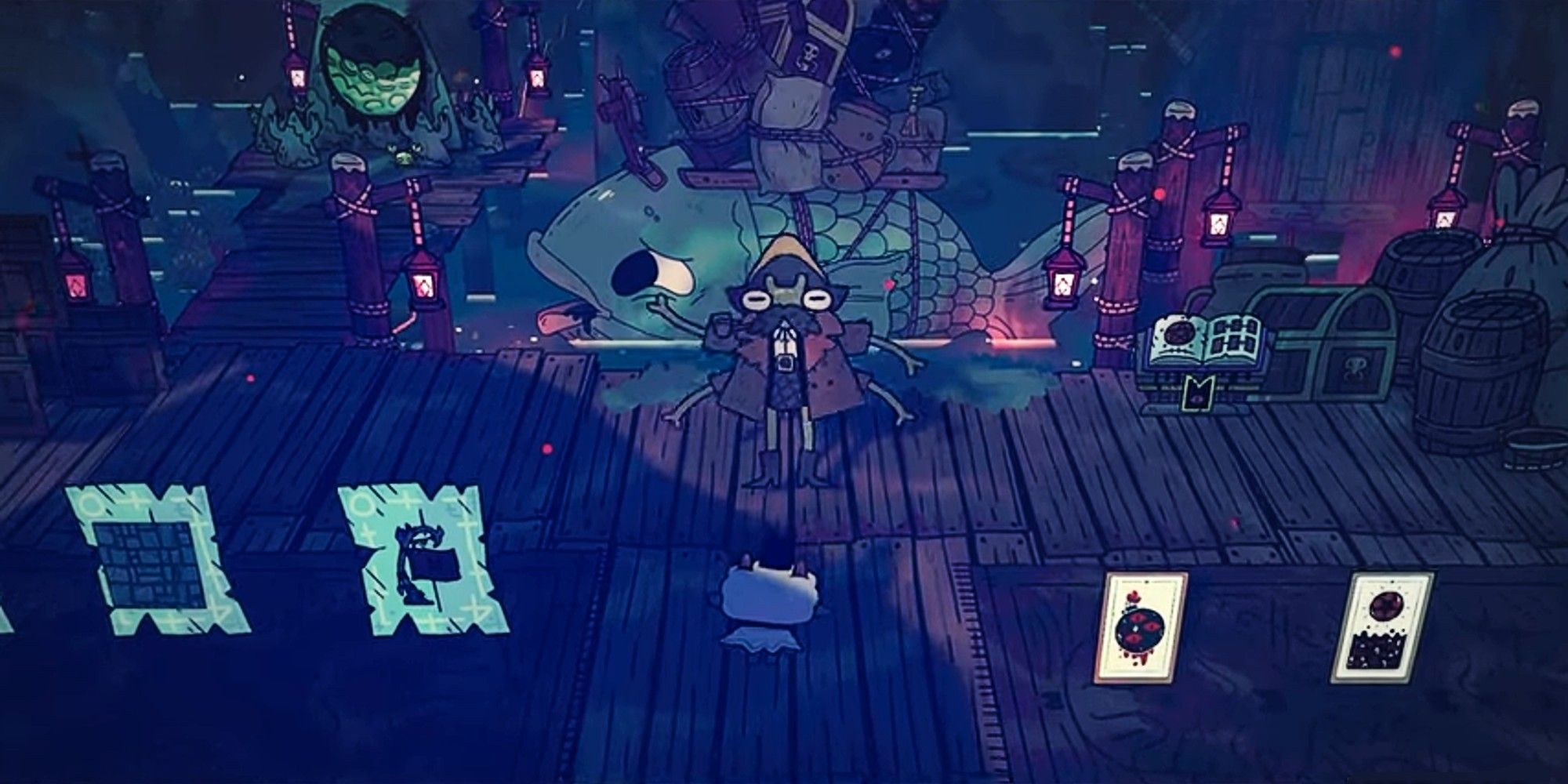 As you quest through Anchordeep, you will eventually gain access to Smuggler's Sanctuary. Here you will meet Plimbo, a sea-faring wise guy who has a dangerous mission for you, should you choose to accept it.

To get his six shiny Talisman shards, you'll need to venture back to the zones you've beaten and defeat the four witnesses at Darkwood, Anura, Anchordeep, and Silk Cradle. Then, bring all four Eyes of the Witnesses to Plimbo in exchange for the pieces. 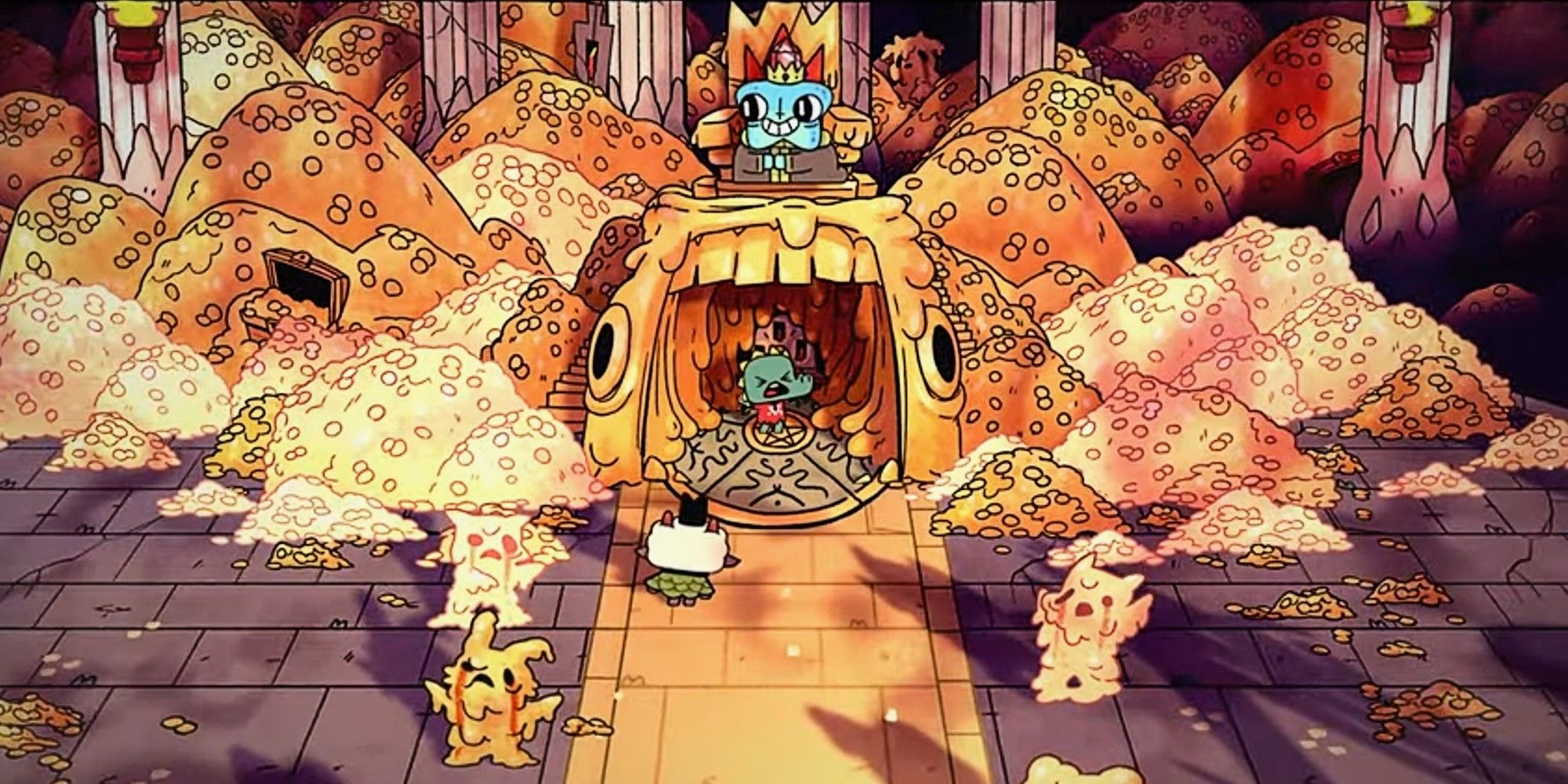 Midas's Cave is a sparkling cavern of gold where you can exchange gold bars for blueprints and devotion, or followers for Talisman shards. Yep, that's how to get Midas's four pieces of Talisman: sacrifice four of your loyal followers to him, allowing them to be turned into statues of gold and added to his collection.

Once you've completed this mission, you should have four Talismans. However, there are five to unlock if you don't include the Fleece of the Lamb, which is your default fleece.

So, how do you get the last one? 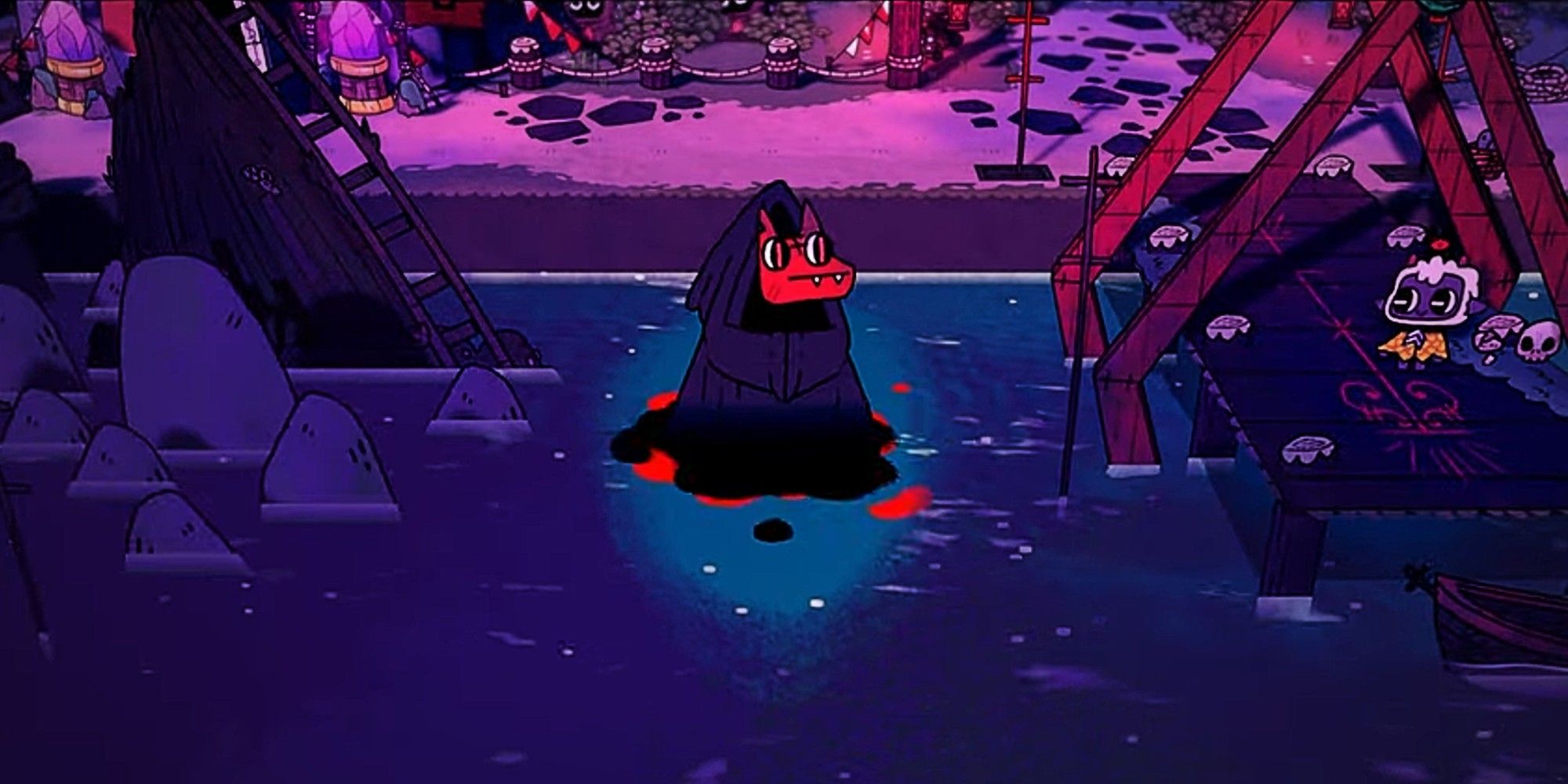 A secret side-quest involves a mysterious creature who can be met in each of the above zones by searching the edges of the map for a prompt reading "Peer Into The Darkness".

It doesn't matter where you meet them first, but their four missions will always be:

After completing each task, you will receive one Talisman shard, constituting your final full Talisman. However, since the tasks get graver and graver in terms of the sacrifices entailed, you'll want to think twice before completing this secret quest questline.

How badly do you need all those fleeces, anyway? Enough to never play Knucklebones with poor Ratau ever again? You decide!