Home » News » Deception: Murder in Hong Kong is a fun way to accuse your friends of murder

Deception: Murder in Hong Kong might sound like a hard-boiled detective mystery movie, because that’s exactly the mood this board game hopes to set. Although if it’s being played by the likes of our Overboard crew, Polygon’s card and board game show, the tone ends up a lot closer to Who Framed Roger Rabbit than Infernal Affairs. Either way, it’s still a whole lot of fun to slam your badge down on the table and accuse your friend … of murder!

Deception: Murder in Hong Kong plays like a combination of a couple games we’ve played before on the show. Like Secret Hitler and One Night Ultimate Werewolf, one or more players is secretly working against the group, while the rest don’t know who they can trust. The game also has a role similar to the ghost in Mysterium, called the Forensic Scientist. This player gives vague clues about the crime (like the location or cause of death) but they are absolutely forbidden from giving any verbal hints or hand signals. 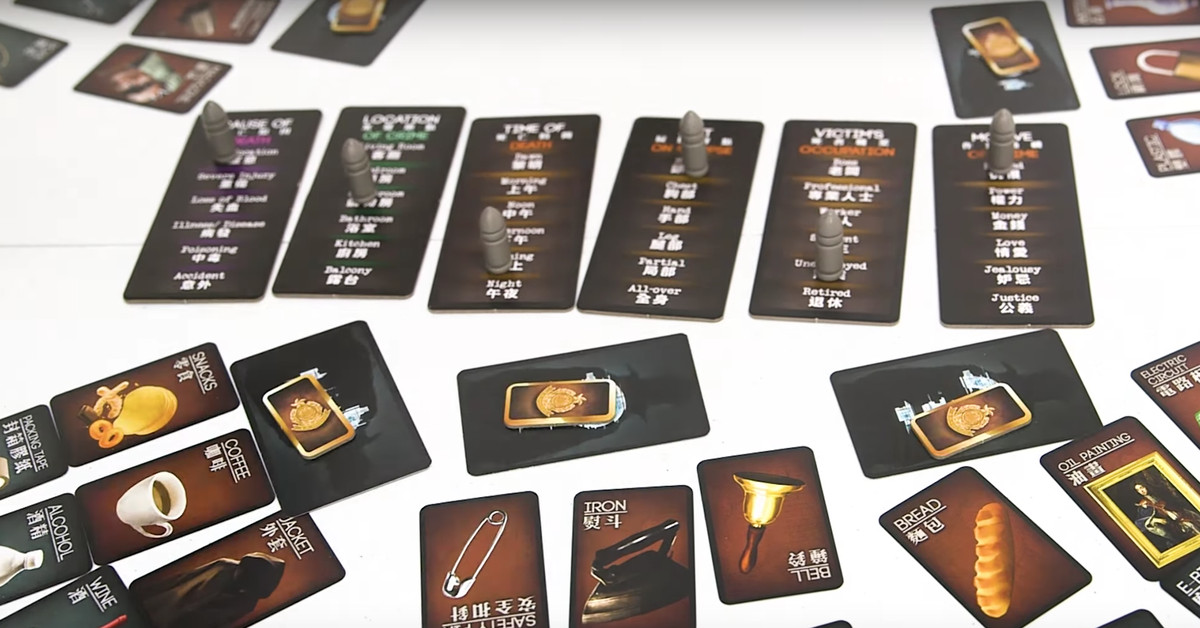 Throughout the game, players will pitch theories of the murder as a they suss out the criminal in their midst. For example, if the crime took place in the forest, an ax might make sense as a murder weapon (because they were chopping trees right beforehand, obviously). If they’re really confident, they can give up their their badge and make a dramatic accusation, winning the game if they get it right. But if they get it wrong, they are relegated to the status of the grizzled old private detective: sure, you can pitch your wild theories all you want, but you no longer have the ability to arrest the criminal yourself.

The murderer will also add a considerable amount of confusion and doubt in the game in order to distract from their misdeeds. If they can mislead the rest of the investigators and avoid being accused over the game’s three rounds, they win!

If that seems too tough for the murderer, you can always add some extra roles: an accomplice helps out the murderer, giving them cover for their fake theories or by drawing attention to themselves so the murderer can avoid suspicion. But with that many criminals involved, there’s bound to be a witness, which is an investigator who knows which players are the murderer and accomplice, but not which is which. They also have to be extra careful with their knowledge. If the investigators solve the crime, the murderer and accomplice get a chance to guess the identity of the witness, winning the game if they get it right.

If you want a more detailed description of the rules, check out the video above, and make sure you subscribe to Polygon’s channel for more great videos. You can watch previous episodes of Overboard here.