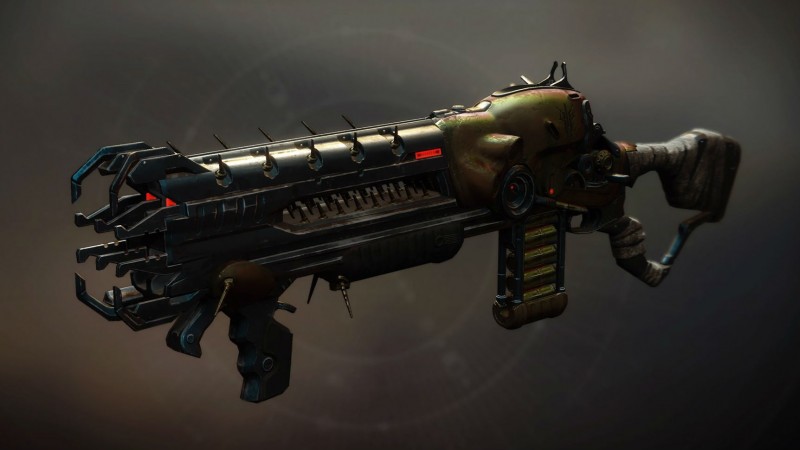 This week, Bungie outlined what players who’ve already mastered the Menagerie can expect from next week’s launch of a Heroic mode and made a statement regarding Lord of Wolves’ dominance in multiplayer, saying they won’t be nerfing or banning the gun until later this summer.

First, the new mode. The Menagerie is Destiny 2’s newest cooperative, which lets matchmade teams of six players work through a series of short encounters until they fill a meter and fight a particular boss that week.

A harder version of the mode is expected to drop next week. The Heroic version of the mode will prevent players from matchmaking, meaning players will have to form their own six-person fireteams to tackle it. The mode will also have enemies who top out at 770 power – 20 power over the current cap of 750, meaning you’ll have to play a little better to get through encounters. Individual encounters will be more important, too, as you won’t be able to simply cycle through encounters until you fill the meter; if you can’t fill it by the time you’ve run each type of encounter once, you’ll fail the mode entirely and have to restart. There will also be weekly modifiers to contend with. To match the challenge, there will be rewards specific to his harder version of the mode.

Second, The Lord of Wolves. While players were mostly concerned with the nerf to Whisper of the Worm when Bungie outlined the patch notes for this season, Lord of Wolves quietly snuck by with a damage increase as a result to the changes made to shotguns last season. On top of that, a new change allowed players to manually swap to its “Release the Wolves” perk whenever they wanted, instead of having it trigger automatically after a kill. This has lead to the gun reaching new levels of dominance, coming to a head as part of this week’s Iron Banner event. It may not be quite as notorious as Prometheus Lens was in its heyday, but it’s certainly up there.

Bungie has released a short blog post on the gun’s rampancy, saying it won’t be nerfing the gun until later this summer. “In this instance, Lord of Wolves dominance (and its really showing out on PC) didn’t rise up to meet the bar of ‘this is broken enough to turn it off in all activities,'” said Destiny 2 game director Luke Smith. “If the Wolf Pack continues to grow, we can revisit turning it off. From our perspective, this feels like a week where the Wolves run wild and supers trample their way through Iron Banner a little less.”

So for now, players will have to deal with an enormously power gun they may not have access to. For what it’s worth, however, those who brave the den of Iron Banner this week, receive a special in-game badge and triumph to mark the occasion, whether they gave into the pressure to use the gun or had to suffer its wrath.