Home » News » Digimon Survive: How To Get Guardromon

Halfway through Digimon Survive’s story, you’ll need to start strengthening your team with Digimon found in Free Battles in order to overcome the challenge of later battles encountered during the story. One useful Digimon that you can acquire as early as Part 4 of the game is Guardromon, a huge, mechanical beast that packs a powerful punch.

How To Get Guardromon From Evolution 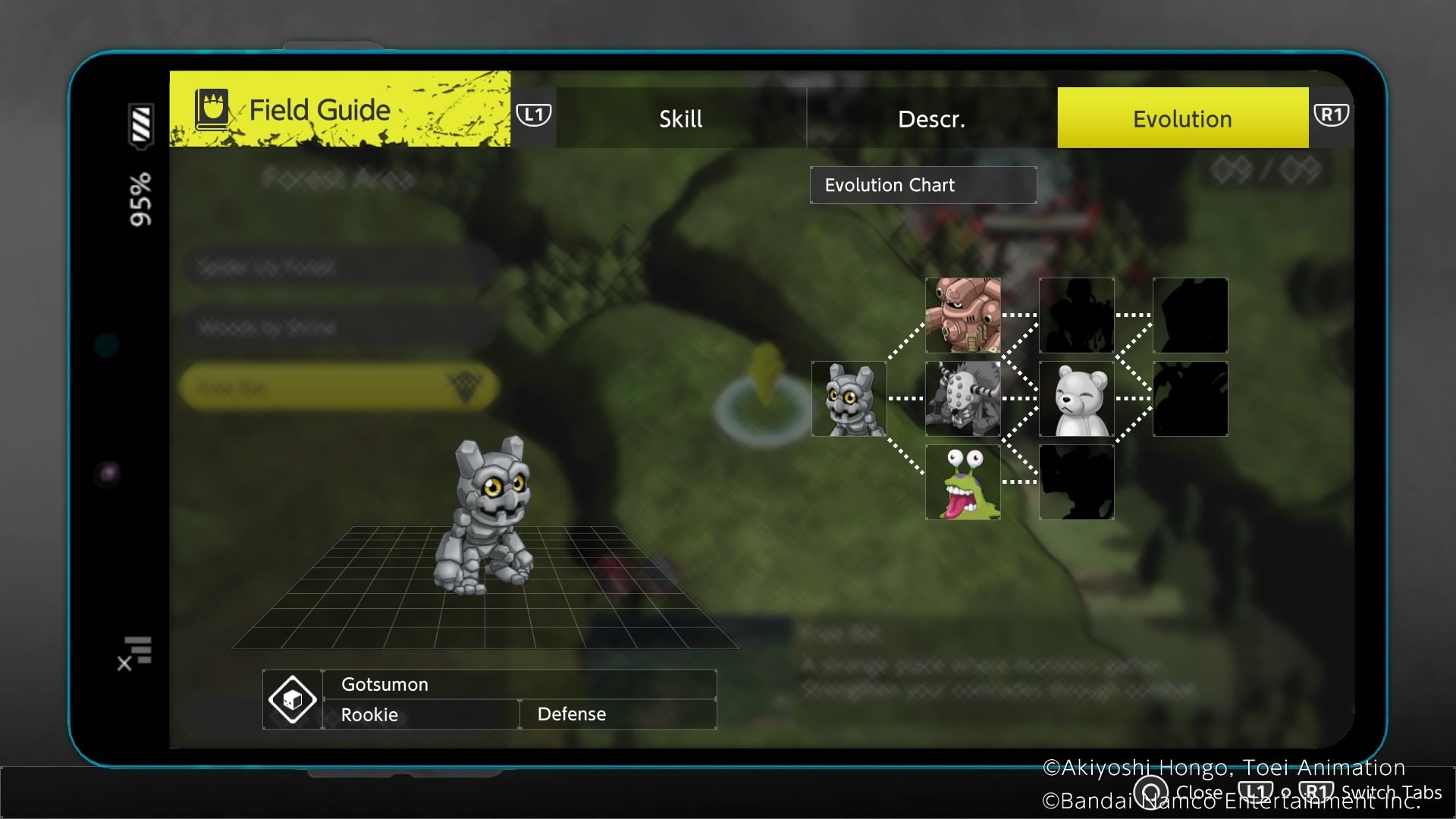 To get Guardromon via evolution, you’ll first need a Gotsumon. Gotsumon is one of the very first Digimon that you can obtain, available as a high-frequency spawn in Free Battle Areas from as early as Part 2 of the game. If you need to recruit a Gotsumon, you can read our guide on How To Get Gotsumon.

After you’ve gotten a Gotsumon, you’ll need to use an Enlightenment Slab to evolve them to a Guardromon. You can also choose to evolve them into a Dokugumon or Numemon, but as these other Digimon can easily be obtained separately, Guardromon is the best choice. 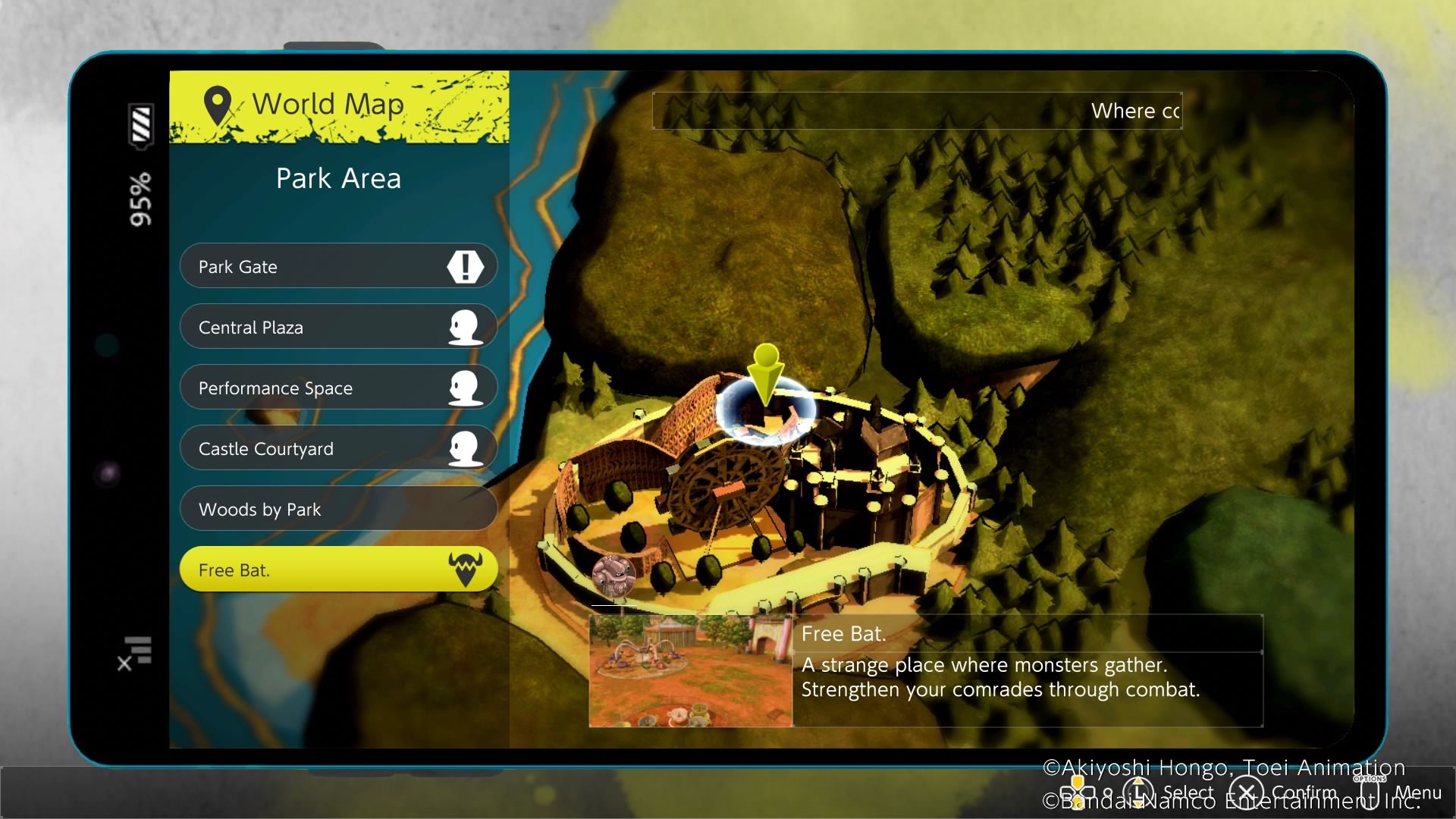 Guardromon can only be obtained after progressing most of the way through Part 4 of the game. You’ll first need to reach the abandoned amusement park area, and then you must progress to the point in the story where Miu goes into hiding.

The invasion will happen shortly after talking to every possible character in these new areas. After this, new Digimon will appear in the Free Battle Area, including Guardromon, who will appear with relatively high frequency from this point onwards.

To get into an encounter with Guardromon, you’ll simply need to enter the Free Battle Area that appears near the abandoned amusement park area in Part 4 after the aforementioned story beat. Guardromon is one of several Digimon that can appear in this area, but they’re not as rare as Angemon or Gatomon, who can be found earlier in the chapter.

Above the description of the free battle area, you’ll be able to see portraits of Digimon. These are the Digimon that are guaranteed to appear in the next free battle. In order to get this to change, you must complete the current free battle or progress the story and return to this area to ‘refresh’ it.

How To Get Guardromon To Join Your Team 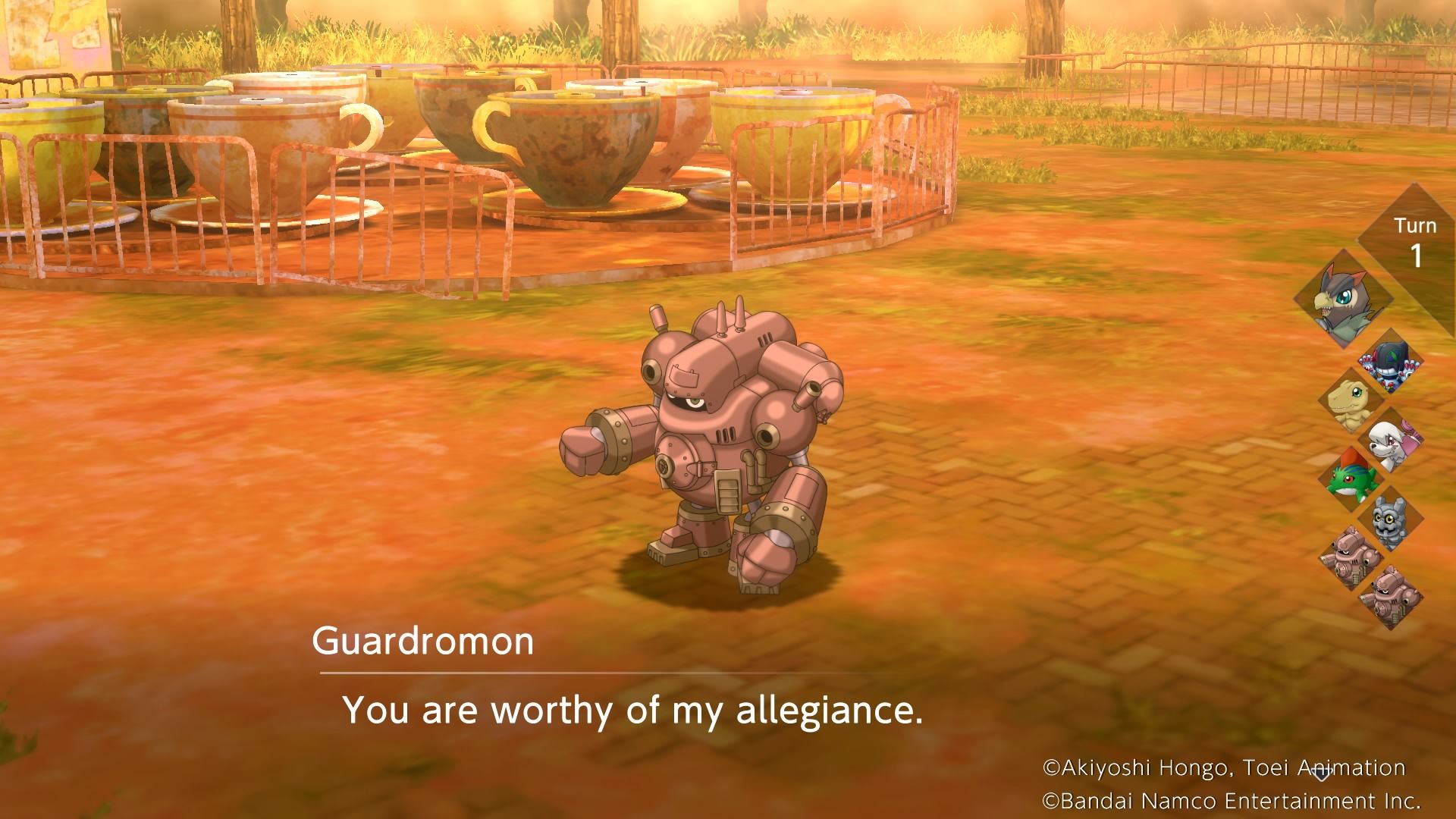 Once you enter a Free Battle against Guardromon, you’ll be able to use the ‘talk’ command and find Guardromon in the foe tab to start a conversation with them. They’ll give a series of statements and questions, which you’ll need to respond to appropriately to raise the gauge that will appear above their head.

Each correct answer you give will increase this gauge by one or two bars. You'll need at least three bars to get the opportunity to ask Guardromon to be your friend.

To appease Guardromon, you'll need to give answers that indicate a blunt and logical mindset. They don't mind you getting righteously angry at things, but they also seem to appreciate a logical response in answer to some of their questions. If you're not sure what to say to win them over, here are the best responses for each question:

After answering three questions successfully, you'll be given an opportunity: you can ask Guardromon if they want to be your friend, or ask them for an item. If you ask them for an item, they'll drop a big bandage. If you ask to be their friend, there's a percentage chance that they'll join your team after the end of the battle. The chance of them joining you will be displayed in the corner when they ask what you want.

If you fail the roll to get Guardromon, you can simply try it again by restarting the battle from the pause menu and then repeating the question and answer phase until you get the chance to ask them again. After you establish a friendship, Guardromon will become part of your team.

Zombie Invades Twitch Stream, Eats Pringles, And Will Soon Be In A Video Game

Konami’s New Game Goes Into Early Access On May 13