Dragon Age Origins is almost 13 years old, and it’s unfortunately starting to look its age. Worse yet, it may be some years before the next Dragon Age arrives to give fans something else to look at. So, to keep the Dragon Age flame alive, a team of modders have come together to remaster Dragon Age Origins to tide fans over until Dragon Age 4’s arrival.

The mod is appropriately titled Dragon Age Origins Unofficial Remaster. "The purpose of this mod is to quite simply make Dragon Age Origins look a little less dated, while still maintaining its memorable style and feeling," writes Dalishious in the mod description. "Primarily, this means upgrading most of the game’s textures, which I’ve done using a combination of AI, redrawing by hand, and replacements from later games. The mod also includes some mesh replacements altogether from later games, too."

There are a lot of improvements to Dragon Age Origins in the mod thanks to over 3000 changed files. These include higher-quality textures, mesh replacements, character models (with revamped skin, hair, eyes, and costumes), and in some cases, entirely new object models. You can see in the screenshots that some of the game’s most mundane objects have received the largest improvements, such as books with legible text, chessboards with observable pieces, and tree branches that let you pick out specific leaves and branches. 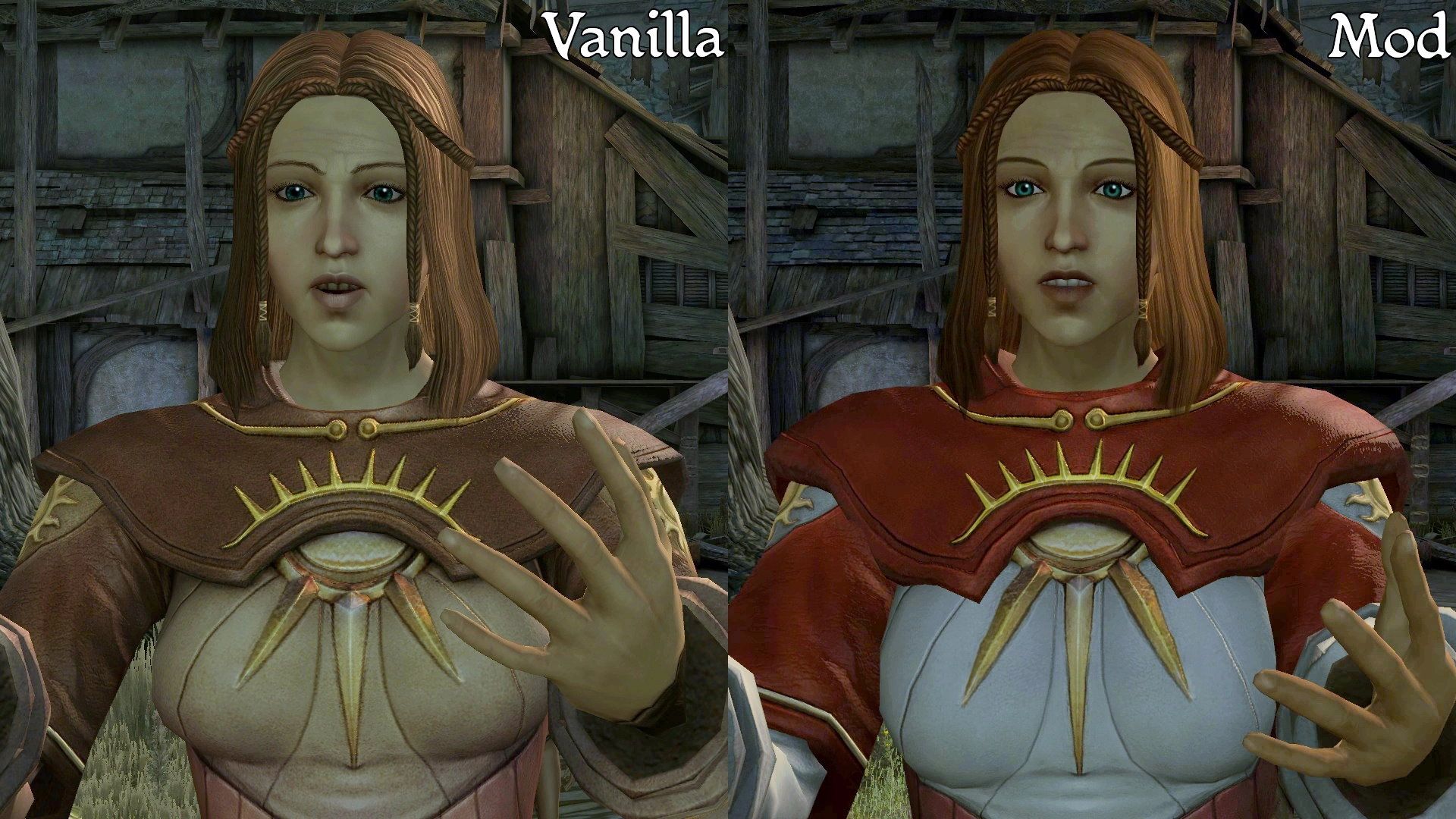 Several NPCs have had their heads completely replaced, while some models have been taken from later games in the Dragon Age series. The Unofficial Remaster mod also works with all DLC, and can play well with other mods too thanks to its “loose” file architecture. If there’s a part of the mod you don’t like or that interferes with another mod you prefer, you can delete the offending file and just use the rest of the mod.

To download the mod, head over to Nexus Mods and extract the zip folder to the "Documents\BioWare\Dragon Age\packages\core\override" folder. To uninstall the mod, just delete the folder.

As for Dragon Age 4, we know BioWare is hard at work making the next entry into the franchise. The Edmonton-based developer recently made headlines thanks to reports of contract workers "struggling to make ends meet" and even being forced to work in the office even as non-contract employees could work from home. That policy was recently changed, however, and contractors are even voting to form their own union for greater protections.