A lot of time in Dragon Ball Z: Kakarot is spent finding things. You’re hunting for dinner ingredients, powerful foes to battle, or new special attacks. The game prepares you for this early on, padding out the Saiyan Invasion arc by giving Goku and Piccolo some fetch quests. This is especially true during the time when Piccolo “adopts” Gohan.

Dragon Ball Z: Kakarot adds little bits of story to the established narrative. One of these additions is a part where Piccolo encounters the Z-Fighters during their year of pre-Saiyan training. They’ve all been trained by Kami at this point, and were told to seek out powerful foes to test their new skills. The player can have Piccolo track down all of them for practice bouts. Yajirobe, however, works a little differently. 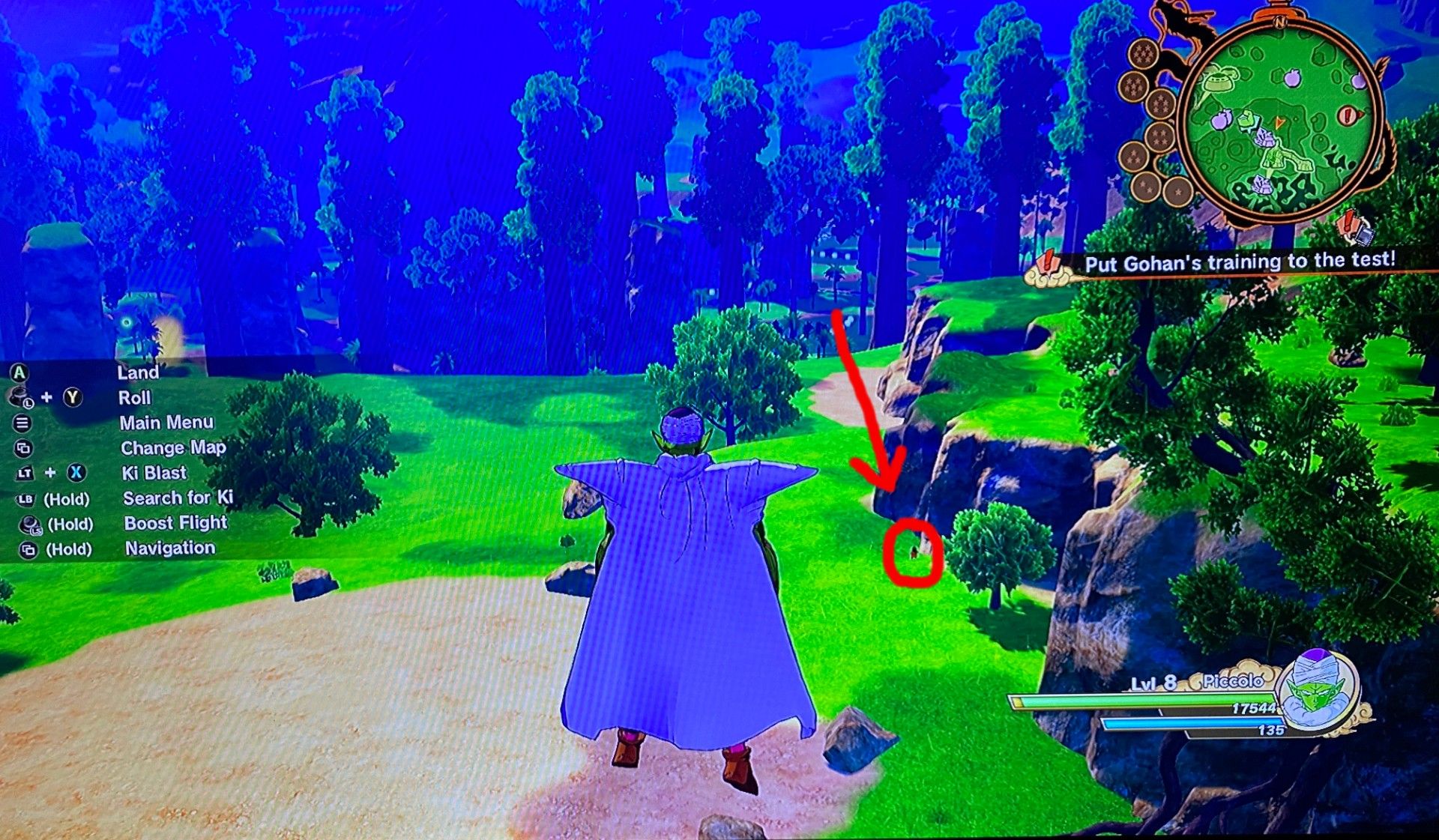 Because he’s hiding so close to the cliff wall, Yajirobe’s aura is blocked unless you’re looking at him from the exact angle I was here. Once you pinpoint this spot, just fly over to him and land. It’ll trigger a cutscene where you (surprise) do not fight Yajirobe.

Maybe you won’t be like me and miss Yajirobe. Or maybe you’re reading this guide because the quest frustrated you too. Either way, Dragon Ball Z: Kakarot has plenty more hidden quest objectives in store. Our Complete Guide is an ever-evolving list of some of the more difficult ones.

If you just want to find Yajirobe and do the rest of the quests by yourself, more power to you. I invite you to check out one thing before you go, though. Even though Dragon Ball Z: Kakarot has barely been out for a day as of this writing, modders have already given Goku his final form.

Why is Destiny so orb-obsessed?