Home » News » Dragon Quest Treasures: Where To Get All The Seven Dragonstones

The primary goal in Dragon Quest Treasures is to, well, collect treasure. It's right in the name, people! However, while there are many legendary treasures to acquire, the most valuable (at least in the story) are the seven Dragonstones.

You will need to hunt high and low to acquire these valuable stones. There is at least one located on every island. Some of these can be quite easy to acquire if you know where to look, others will have you ricocheting across the world in order to acquire them. However, you don't have to worry about cobbling all that information together on your own, because we did it for you. You lucky duck, you.

A Quick Note About Tablets 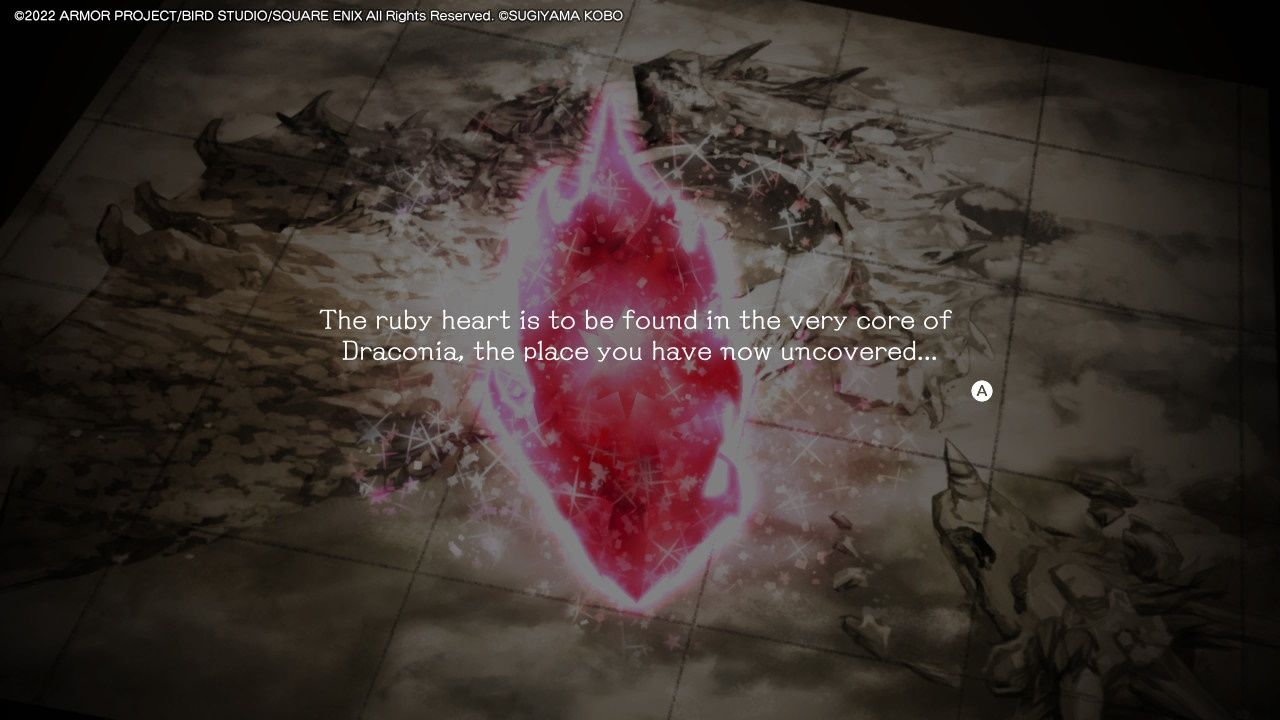 Throughout the game, you will find a number of tablets that will help you find the different Sacred Stones. These tablets are sometimes necessary in order to acquire the stone, but that is not always the case. So, we have clearly indicated with each entry in this guide which stones require that you find the tablet first. However, if you want a quick rule of thumb, all the mandatory tablets are acquired from The Spire. So, as long as you get those, you don't have to worry about any of the others. 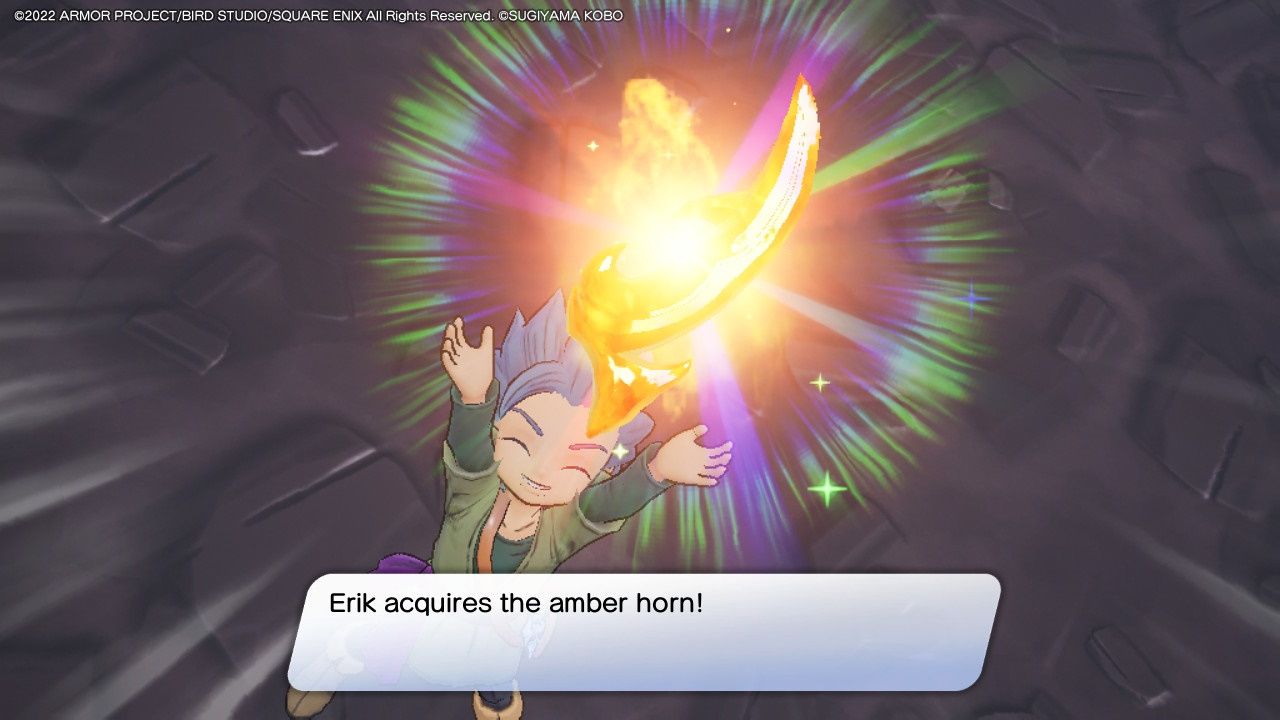 In order to obtain the Amber Horn you are going to need to complete The Giant's Horn questline. In order to begin this quest, you are going to need to complete the first level of The Snarl. Once you complete it, you will earn a tablet that will tell you where to find the Amber Horn. Now, Head to the western tip of the Cinderback Ridge. Travel along the southern path. Eventually, you will reach a bridge; under it there will be a path leading to the west. Jump off the bridge and glide to the west. 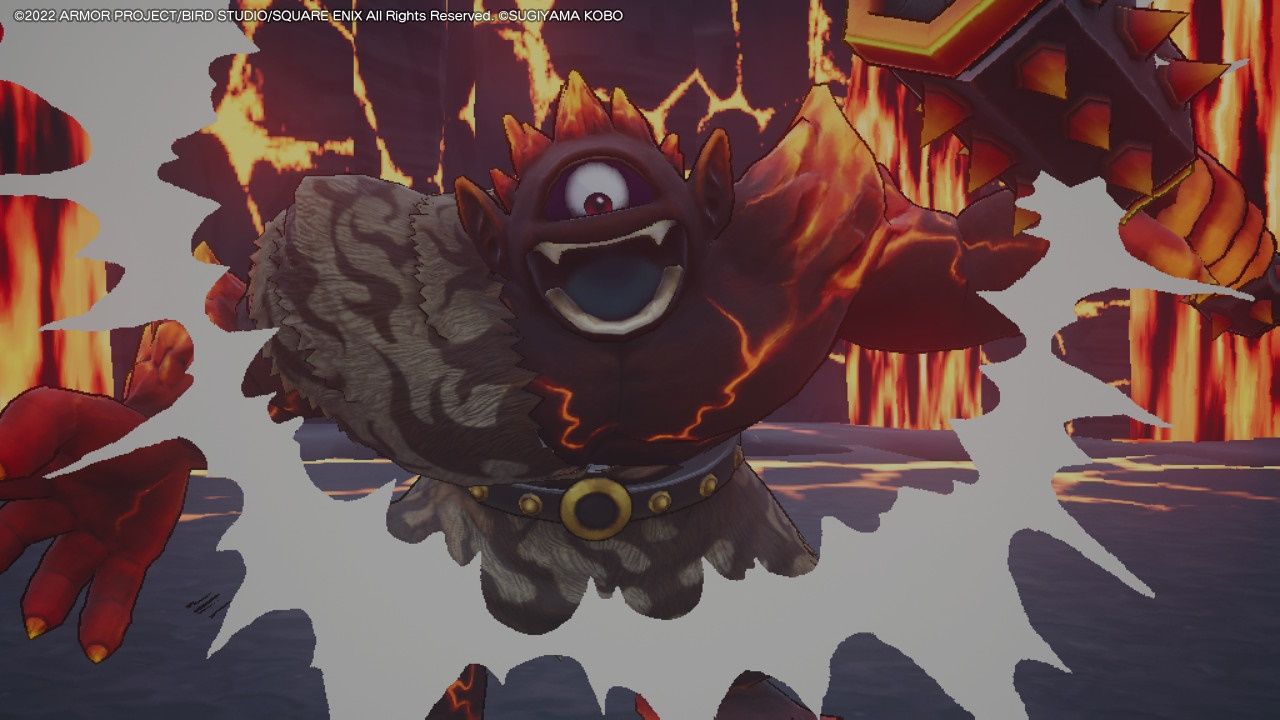 Now, you will enter into a cave, and fight the Magmentes. Don't waste valuable ammo on this fiery creature, it is unkillable. Once you get walloped, you will be rescued by Gayle. You will now be given the recipe for stun pellets. Head back to your base and take the recipe to Axel. If you haven't recruited Axel yet, you are going to have to do his gang quest. Now, make the stun pellets.

The stun pellet recipe requires Princely Powder, Densinium, and Fisticups. You will find Princely Powder everywhere, most notably regular old Slimes carry it. So just pinch from a few if you need some. Densinium can be taken from Muddy Hands. Lastly, the Fisticups can be gathered in the Cinder Ridge.

Once you have the stun pellets, head back to the Magmentes. Now, all you need to do is hit him will a stun pellet and then pinch the horn. Once you have done so, you will be complete the quest and obtain the Amber Horn.

Once you finish this quest you can head back to the Magmentes, hit him with a Buddy Bullet and try to recruit him. He will no longer be invincible. 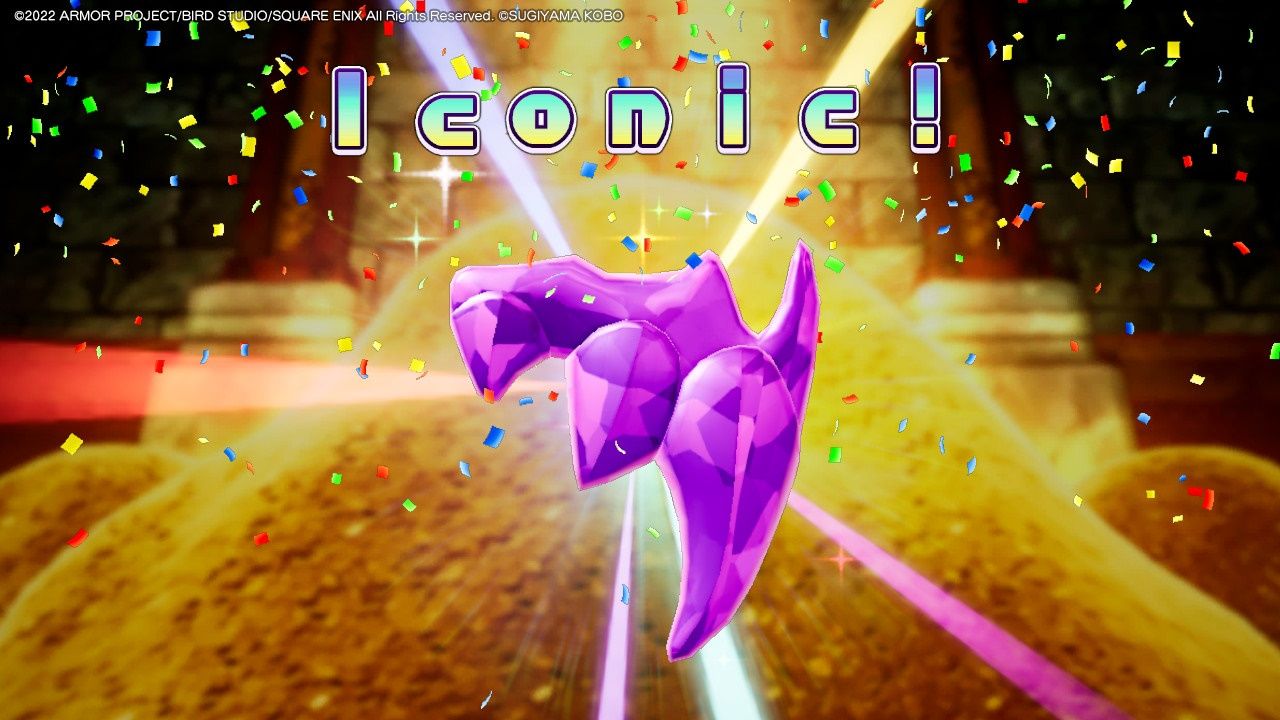 You will face off against a Gigantes, Umbra (Shambles), and a Ham Shamwitch (Shady). All three are hovering around level 40. But if you play your cards right, you can fight them at a lower level. Attack their weaknesses and hit the Gigantes with Gravity-based attacks (Donk), hit Shambles with fire (Frizz), and Shambles with earth (Crag). 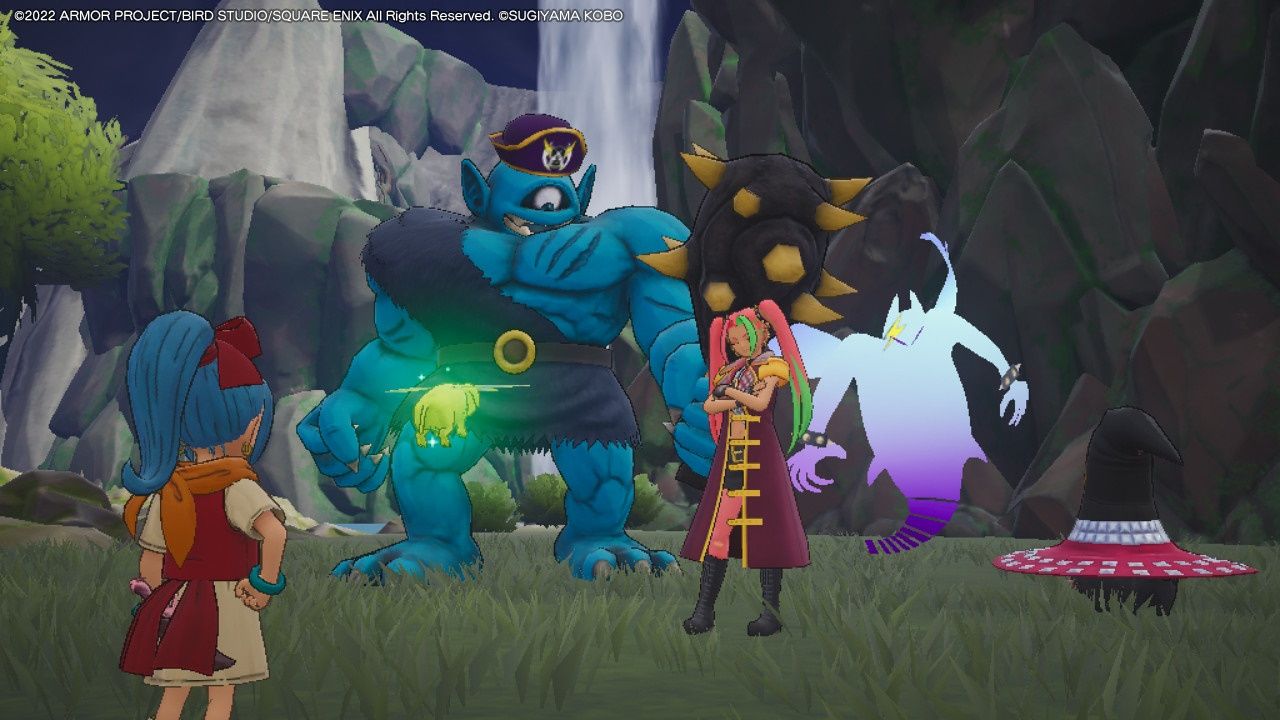 You could also bring a team equipped with magic spells that can take advantage of their weaknesses (bring your own Umbra for Donk, a Slime for Frizz, and a Muddy Hand for earth attacks). However, you can make your life easier than that.. Just wander around the nearby area, build up multiple Dragon Attacks, and let them rip once you face off against Bonnie's crew. They will drop pretty damn quickly (even if they are a substantially higher level than you).

Ideally you would use a Dragon Attack that is more neutral, as the three monsters have different weaknesses. A wind-based Dragon Attack, like the Hades Vultures' will do the trick nicely 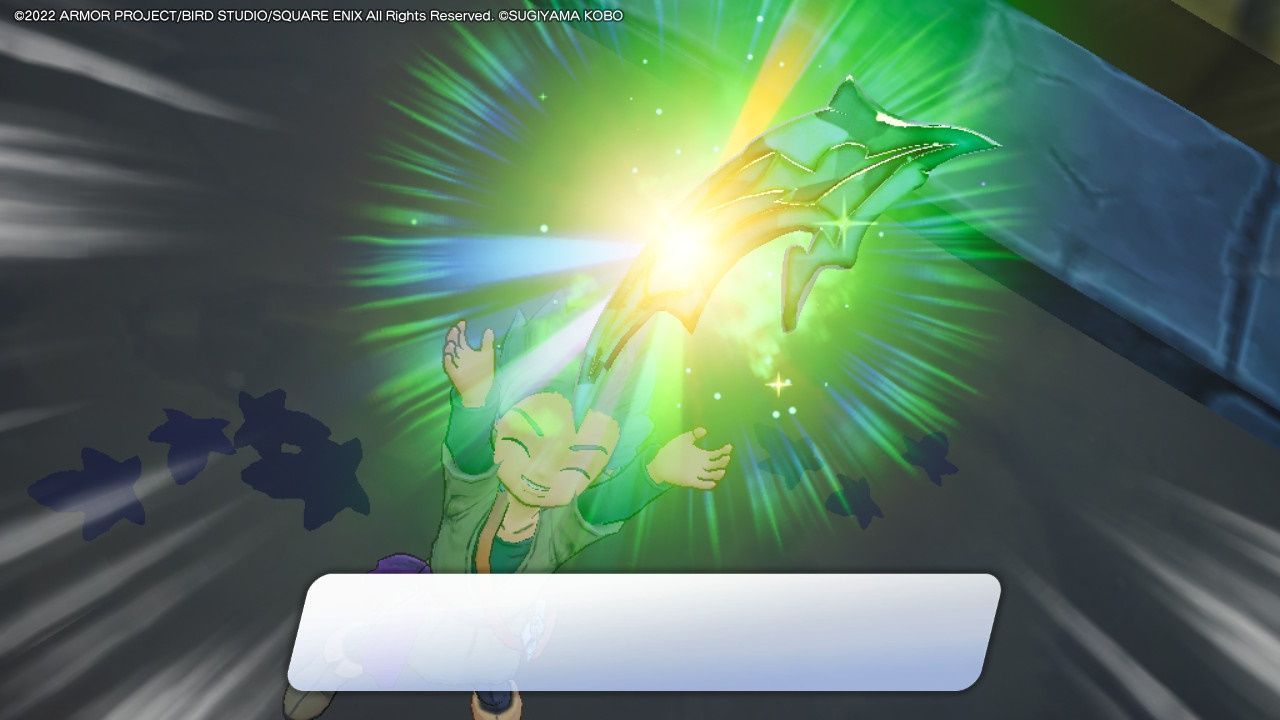 There isn't much to acquiring this Dragonstone. Simply head to Greywing Bridge Station at night and talk to the nearby Wight shopkeeper. He will sell you this Sacred Stone for a cool 777,000 gold. So, you will need to get some gold, but that can be accomplished easily enough by hunting jewel-type enemies. 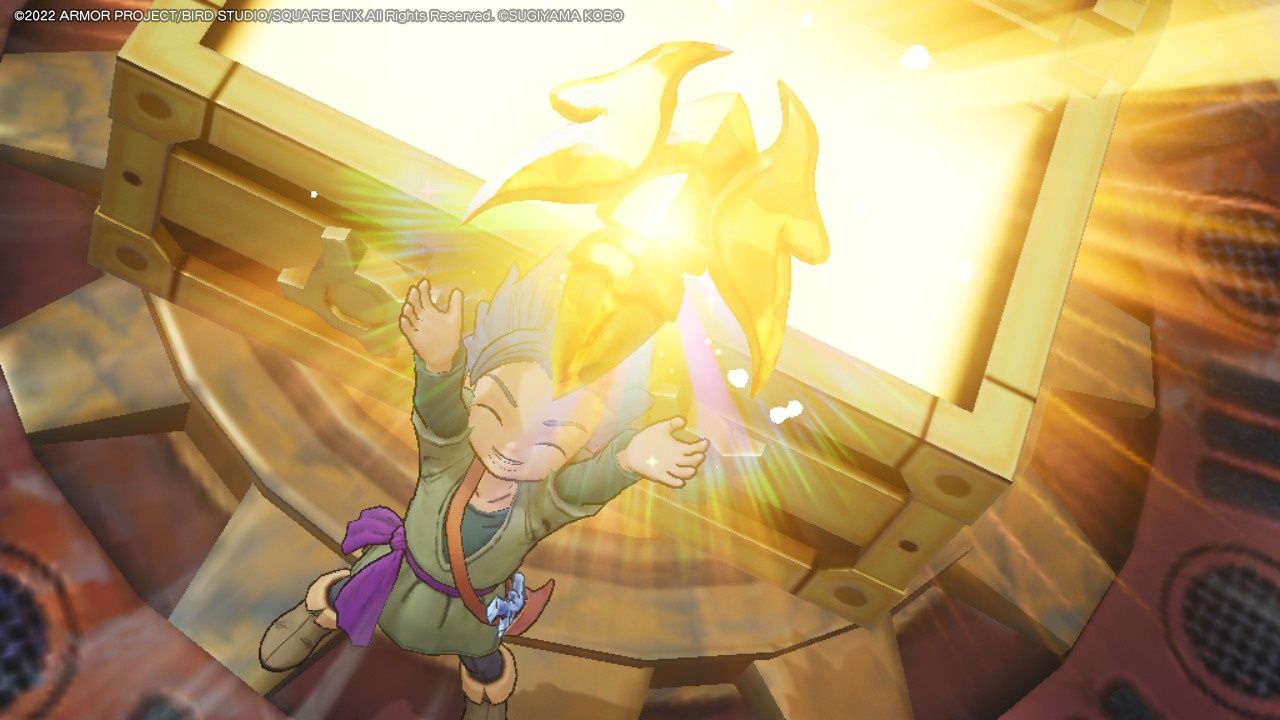 This is a pretty simple Sacred Stone to collect. This Stone is sitting in chest on the Norther tip of the Pinion Plateau. Just head to the far-west side of the Windswept Moors. The Pinion Plateau is jutting out on the west-most edge. Travel to the northern tip of it, look for a large blue chest. Open it and claim your prize!

Despite being in a chest that looks like the chest that require keys, there is no such requirement here. 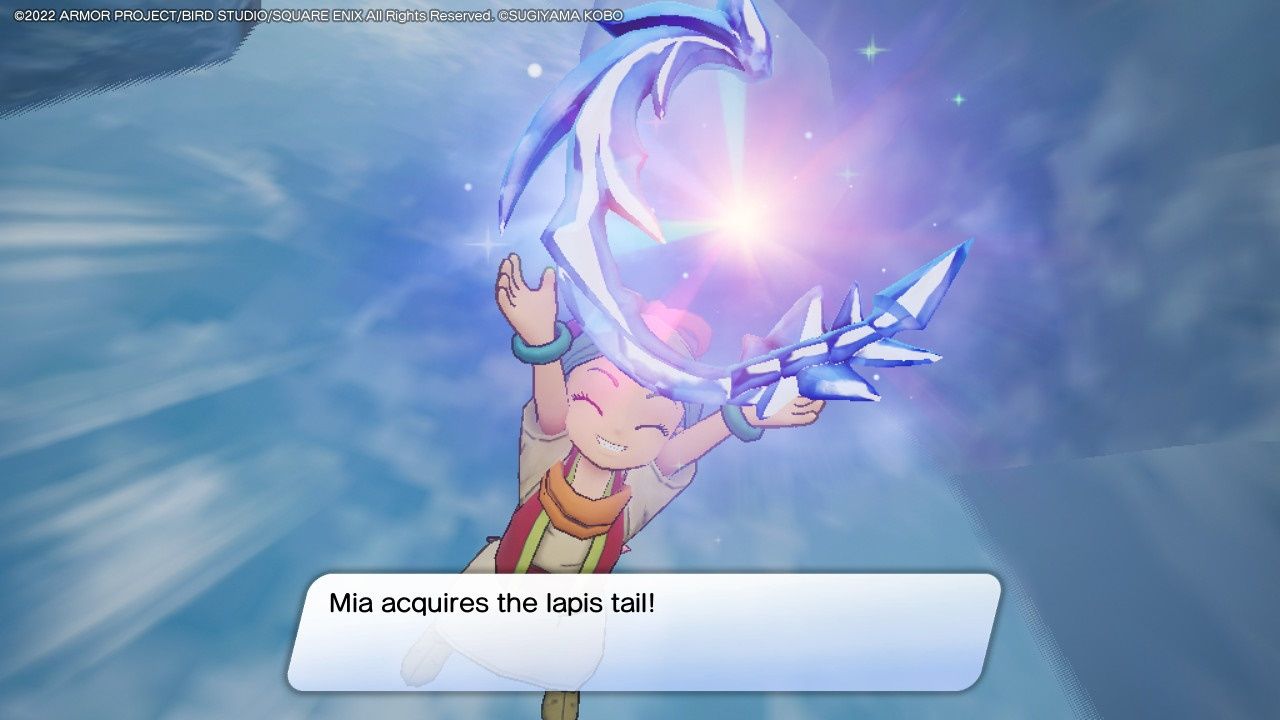 This one is simply buried in the center of Mount Numbumb. However, before you will be able to detect the treasure, you will need to find the tablet to know where to find it. This will require getting your gang to level 6, and unlocking the third floor of The Snarl. Once you complete the third level of The Snarl, you will obtain the requisite talisman, and the treasure will appear on your map in the Hinterquarters. You will not be able to acquire the Lapis Tail without acquiring the tablet first! Just head to the Glacial Junction Station, travel north, and climb up Mount Numbumb. Follow the marker on your map to a crevice, use your treasure tracker forte,.and unearth the Lapis Tail. 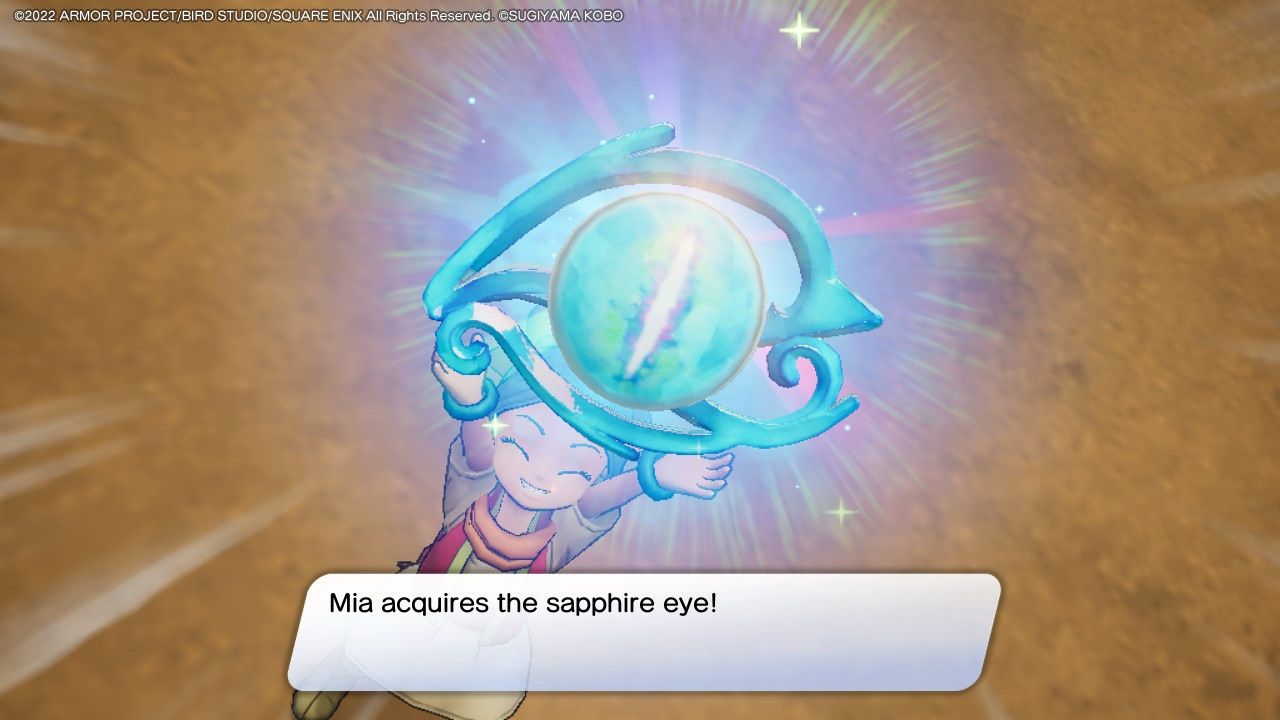 In order to begin the is quest you will first need to complete the third floor of the Snarl. Once you do so, you will obtain the tablet associated with the Sapphire Eye quest. Head to the Sylphanian Stockade in The Maneland (just follow the path leading from Drybone Station). There you will talk to Captain Levanter. But while he had a map that you need, he isn't interested in handing it over. 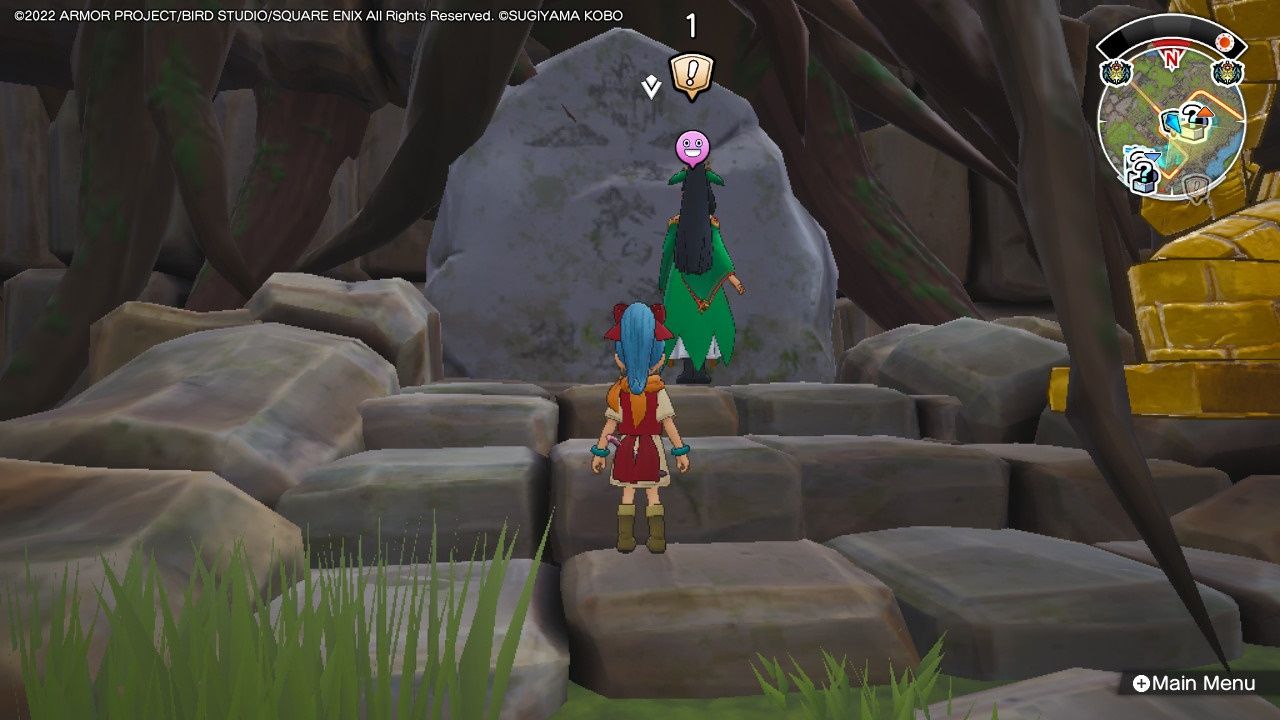 Now, head to the Paternoggin's lower level. Go talk to Princess Anemone (who is hanging out in the center of this area, near the lift). She will agree to help convince Levanter, but only if you hunt down a Tanza Knight first. Thankfully you won't have to travel far, they are just to the north a little (west of the giant mudpit). 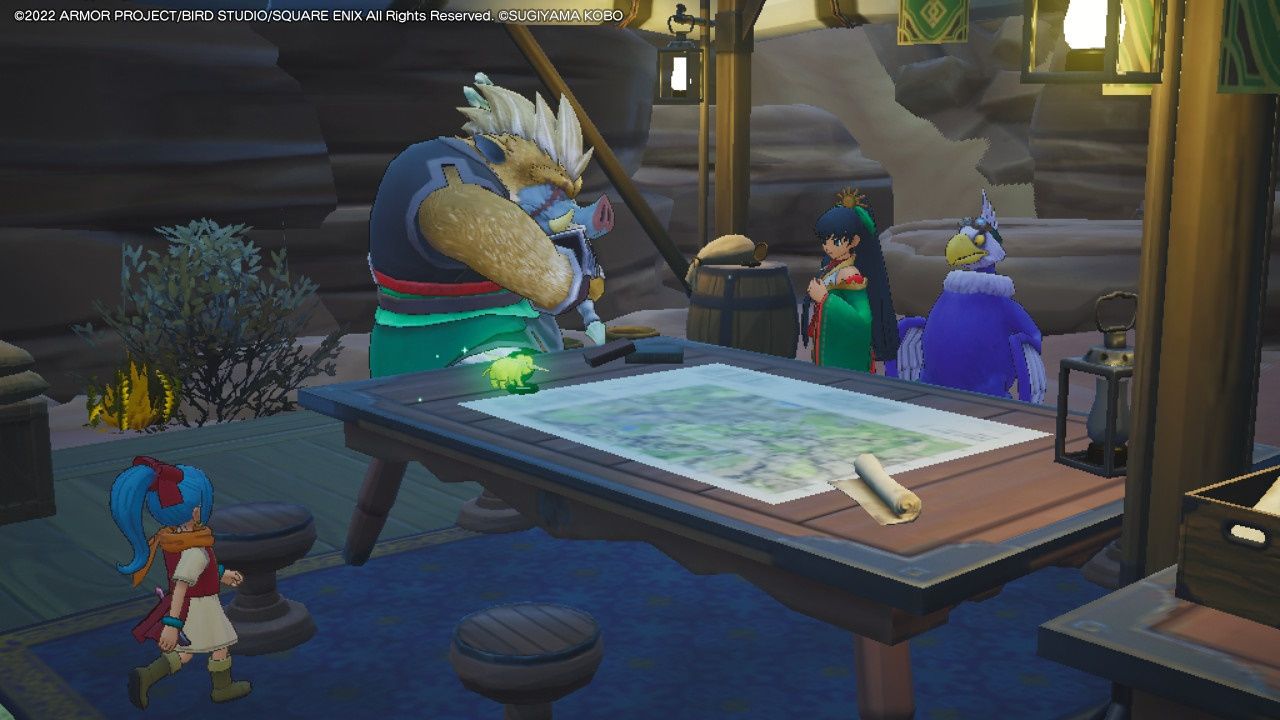 Head back to your headquarters and talk to Princess Anemone in The Snarl. After you witness the cutscene, head back to Levanter in the Maneland. He will finally hand you the map. This will lead you to the Maneland treasure dungeon which is just a little west of the Hotbreath Halt Station. At the end of the dungeon will face off against Hornbull The Sentinel of the Sands. Once you beat him, you will obtain the Sapphire Eye. Phew. 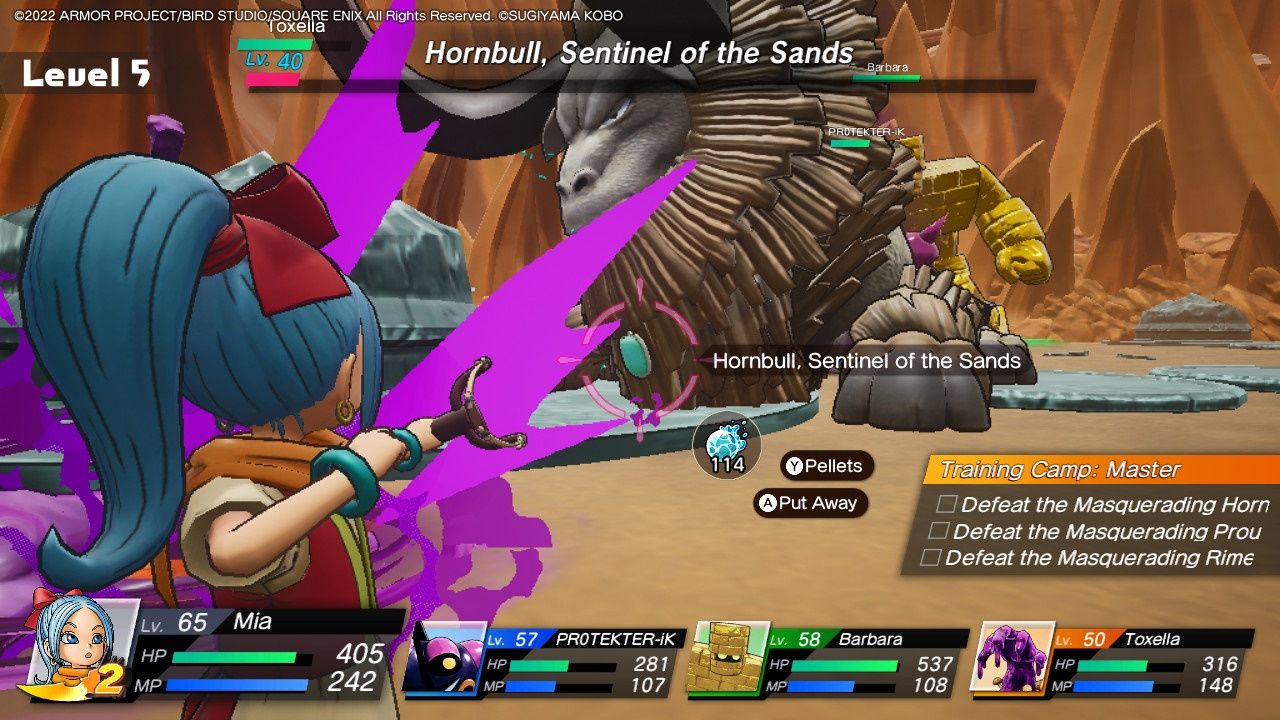 This fight isn't so different from the big bosses you fight in The Snarl. The thing to keep in mind is that Hornbull is weak to water and Ice. So, bring monsters who have access to attacks that can take advantage of that weakness. Most of the monsters you can recruit in The Hinterquarters will be a good fit.

During the first half of the fight, Hornbull will charge at you. Stand in front of one of the stone columns when they are preparing to charge. Dodge out of the way at the last moment, and they will stun themselves by colliding with the pillar. Then, once they are stunned, fire Splish or Crack pellets at the gem on their necks.

During the second phase they will fire a number of projectiles at you. Just dodge said projectiles and unload Splish and Crack pellets on them from a distance. Keep up the pressure, and they will fall sooner or later. 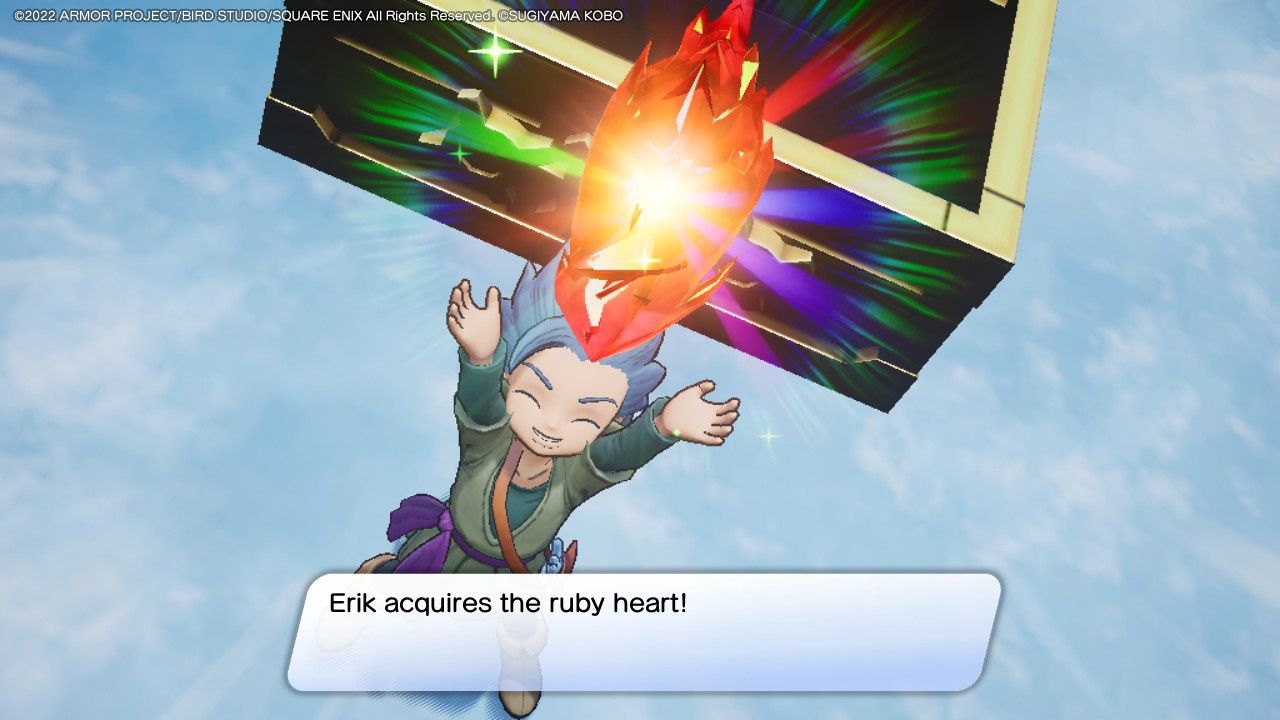 This one is easy. Complete The Snarl. This does mean, unfortunately, that you will have to get your gang to level 10, so you are going to have to go out into the world a get treasure hunting. However, keep in mind that all the Sacred Stones are extremely valuable, so they will help you increase the total value of your haul quite quickly. So, as long as you are pursuing the other stones. You should pretty organically unlock the rest of The Snarl. Of course, for more information on completing all four levels, we recommend that you consult our guide on this dungeon.

Elden Ring: How Does New Game Plus Work?