A skilled bowman lands an impossible shot twice in a row, a savvy tactician calculates their enemy's moves before employing the perfect counterattack, and a loyal knight weaves strange spells around their blade before charging over the battlements; each sounds utterly unique, yet all three characters belong to the same class: the fighter. Dungeons & Dragons fighters are highly adaptable, thriving in a group or surviving on their own.

And let's be honest, in a world of gods and monsters, the person charging into the fray with only a sword and shield is either completely mad or extremely dangerous. The many histories of D&D are packed with these brave folk who've honed their own talents and battle prowess, sharpening themselves like blades to be pointed towards a cause for good, bad, and everything in between. 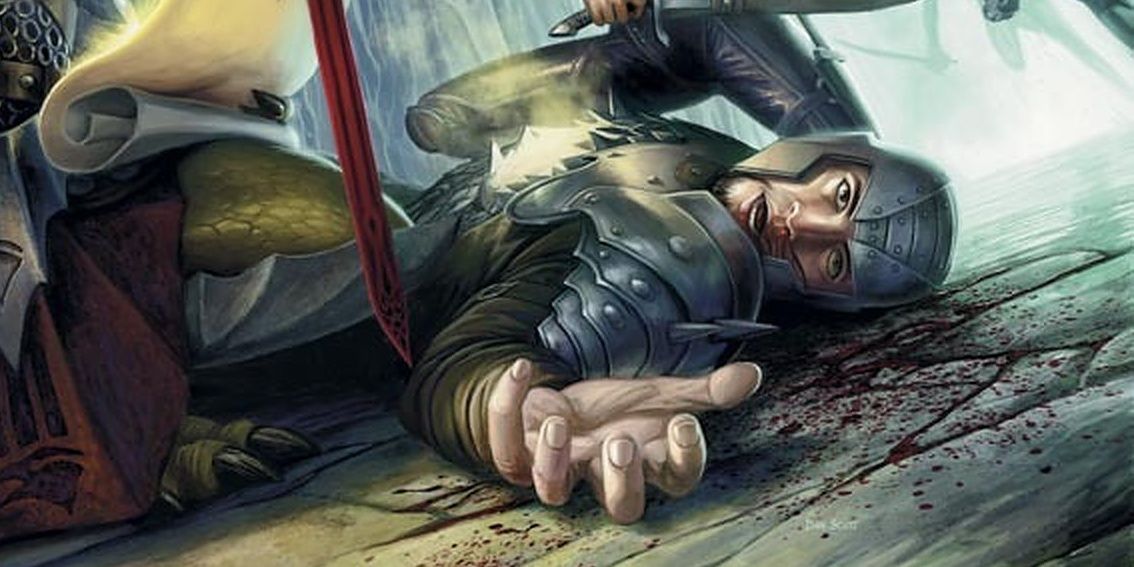 With the release of the third edition ruleset, specific characters were introduced to serve as inspiration for players to build their own characters. Most were well-received by fans, some even continuing a life into various novels and adventures. One, however, lives in infamy, disliked even by the people who drew them. To preserve the cultural history of D&D, Regdar deserves a mention.

At the time, members of Wizards of the Coast believed the fighter class to have main character energy, most likely due to the class's popularity among players. Despite this being a bit presumptuous, it's nothing compared to the fact that a dwarf named Tordek, the original iconic fighter, was not a sufficient example for a protagonist in their eyes, so a white male human fighter named Regdar was added. This was tone deaf, and the intent behind this move is highly offensive. But the team of artists had their justice, as most artwork featuring Regdar is of the man meeting an unfortunate end at the hands of different monsters. 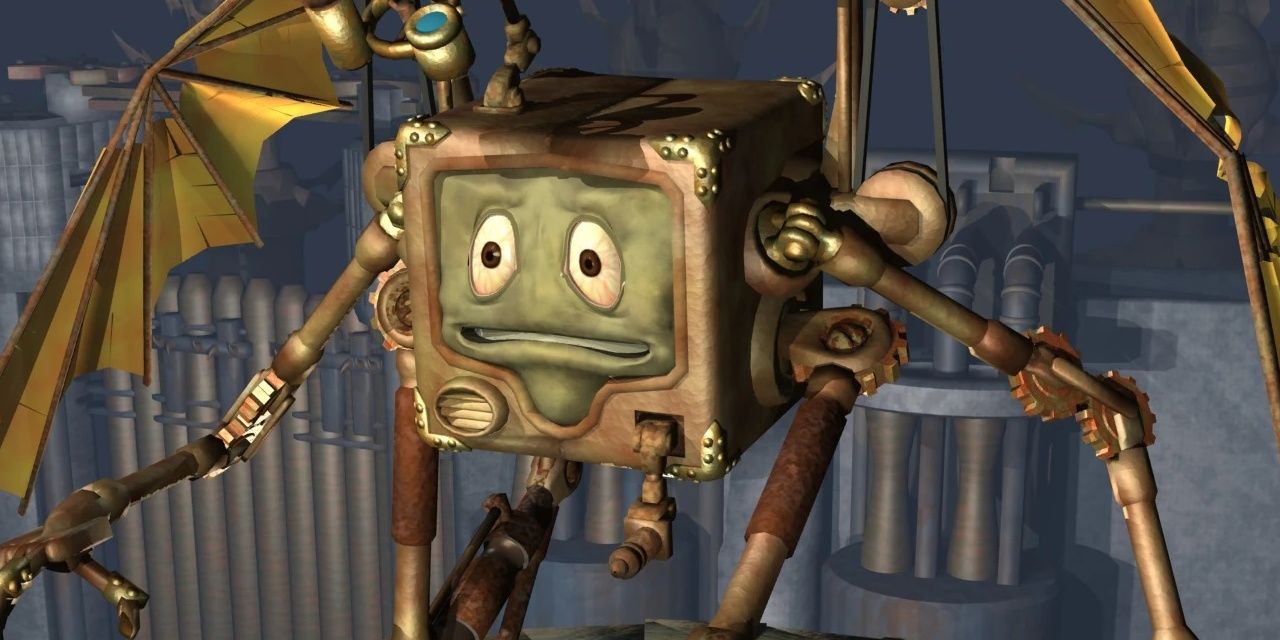 Planescape: Torment was a D&D videogame made for the PC in 1999, following the story of the protagonist, The Nameless One. The player journeys through the wild city of Sigil, the City of Doors, and into various planes to piece together a somewhat perplexing mystery. Luckily, The Nameless One can recruit allies along the way to aid in his quest.

One of these allies was Nordom, a rogue modron whose lawful neutral nature was corrupted from exposure to the chaotic energies of Limbo, where they were helping to construct a dungeon called Rubikon. Unfortunately, Nordom can never reassimilate with others of their kind in Mechanus, seen now as a pariah, forcing them into a life of adventuring. Despite this troubling circumstance, Nordom's curiostiy drives them forward, and when it leads to danger, they're equipped with two extra arms and a set of crossbows crackling with bolts of lighting. That, and they're extremely endearing. 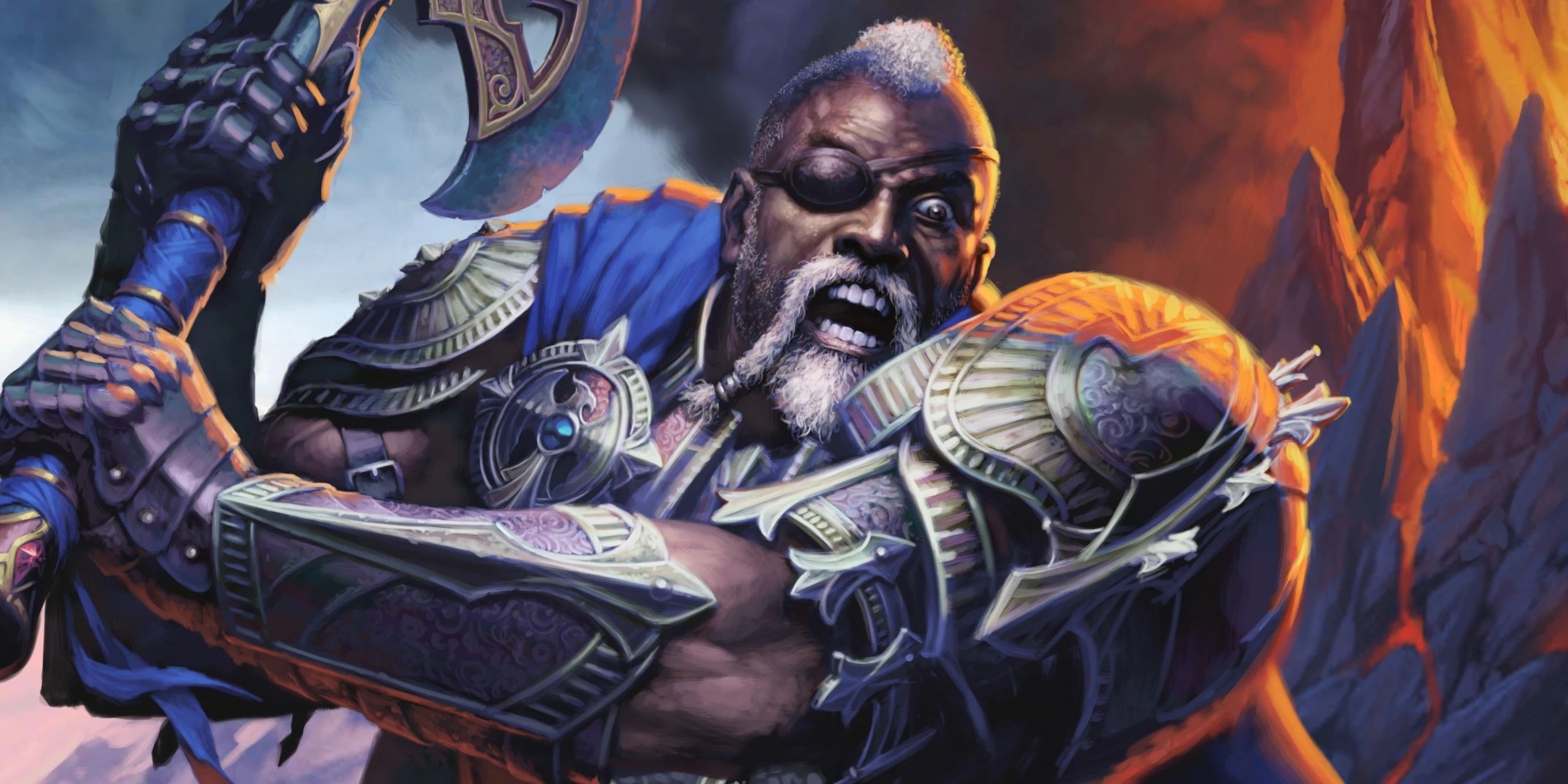 For those who've played the Neverwinter MMO, Sergeant Knox is an extremely familiar face. Serving as a primary quest giver for the earlier part of your adventures, you assist Sergeant Knox in the immediate aftermath of a notable event in Neverwinter's history called the Siege of Neverwinter, which, having just been wracked by the Spellplague, almost decimated an already broken city.

The Siege of Neverwinter was the lich Valindra Shadowmantle's attempt at overrunning Dagult Neverember's people with hordes of undead, including a dracolich. Luckily, Sergeant Knox led members of the Neverwinter guard and a few other noteworthy heroes to defend against the initial assault, which bought time for the city to prepare itself. Knox is characterized as proud, level-headed, and always putting his city before himself. He also gets some serious style points for his battleaxe skills in the MMO's cinematic trailer. It's worth a watch. 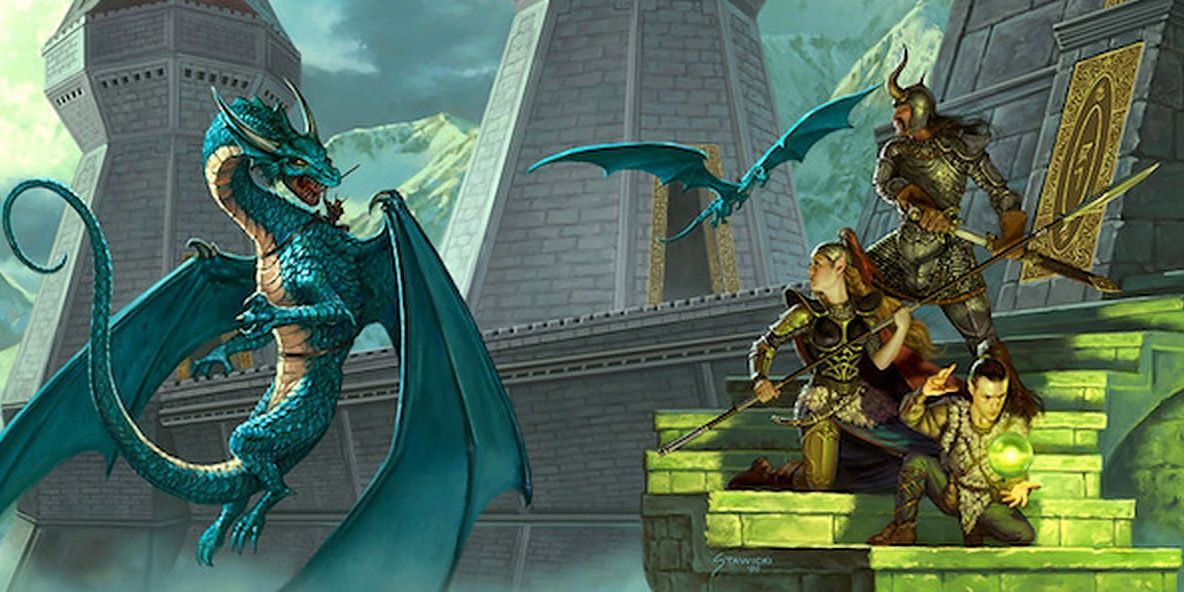 The Companions were a group of adventurers picked by Fizban the Fabulous (yes, that Fizban) to battle in Dragonlance's War of the Lance against Takhisis, the evil goddess of Krynn. During this bloody war, some adventurers within the group rose to greater heights, dubbed The Heroes of the Lance for their noble actions against the forces of evil.

Sturm Birghtblade is one of the heroes, and he personifies the idea of chivalry. Sturm was a skilled swordsman and an honorary member of the Knights of Solamnia, an order of Arthurian-style knights who are honor-bound to a strict code of high conduct, almost to a fault. Sturm's moral compass and unfaltering loyalty were the glue of the Companions, and his virtues were so pure that his own sword took on a magical property, lingering with his noble intentions long after his heroic sacrifice. 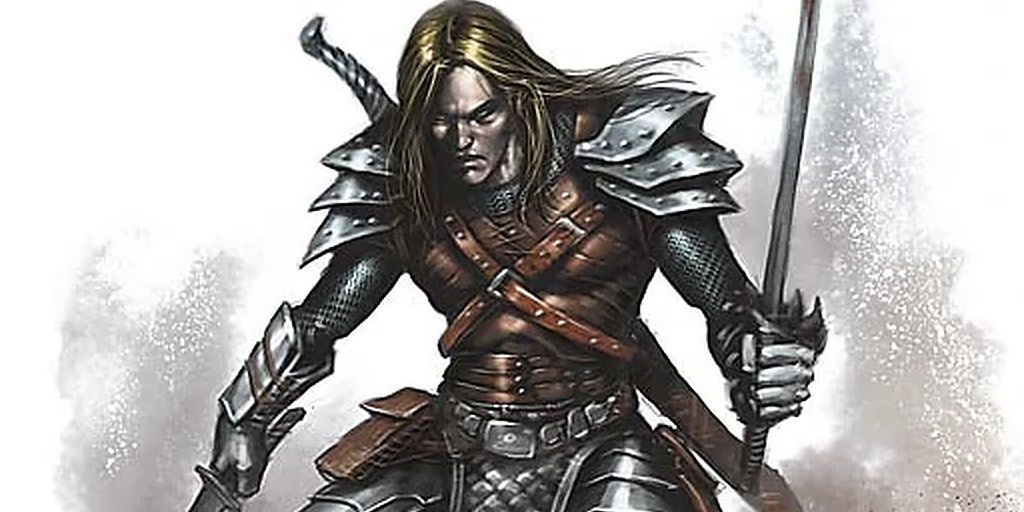 Mostly known only as "the Reaper," Shuruppak is a fearsome fighter from Unther, known for being one of the deadliest warriors in the Forgotten Realms setting, and with good reason. His last official statblock was in D&D Third Edition, where he was a level thirty character, with twenty fighter levels and the rest split between rogue and wizard.

At one point, he was the chosen warrior of the god Gilgeam, but lost that title when the deity was killed by Tiamat. Still, Shuruppak wears the same clothes he wore when in Gilgeam's service, that of a black robe, plate mail, and a red skull mask. He's been courted by many evil political factions since his patrons death, like the Red Wizards of Thay, who hope to win over his service, but he's remained independent. His whereabouts are always unknown, but because he senselessly murders anyone in his way, whispers of "the Reaper" are never far. 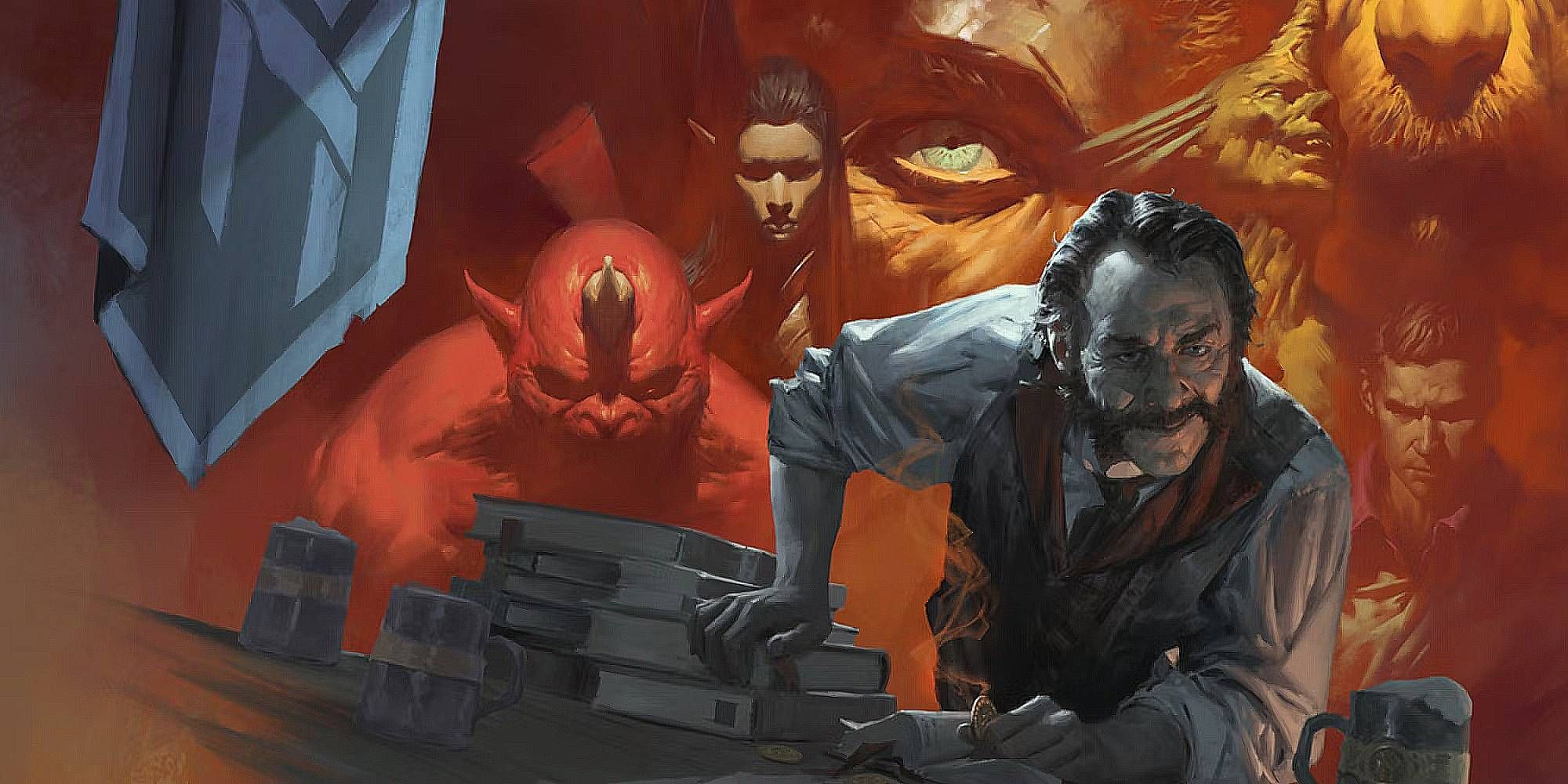 If your character has ever shared a drink at the Yawning Portal Inn in Waterdeep, then you've interacted with the barkeep, Durnan. He and his buddy Mirt are the first adventurers to have ventured into the Undermountain and returned to tell the tale. More importantly, he returned filthy rich and used his treasure to open the Yawning Portal. He now beckons other adventurers to travel into the Undermountain themselves for their own gold and glory.

He's retired now, but Durnan is still a highly skilled fighter, and quick to draw a blade whenever something crawls up from the well in his tavern. His nickname "the wanderer" has been with him since childhood, which he got for slaying monsters around the countryside for sport. Alongside his childhood friend, Mirt, he continued battling countless creatures within Halaster's domain, where most folk rarely live through the dungeon's first level. He's continued his service to Waterdeep by secretly serving the city's shadow government, and slinging drinks in the most famous inn on the Sword Coast. 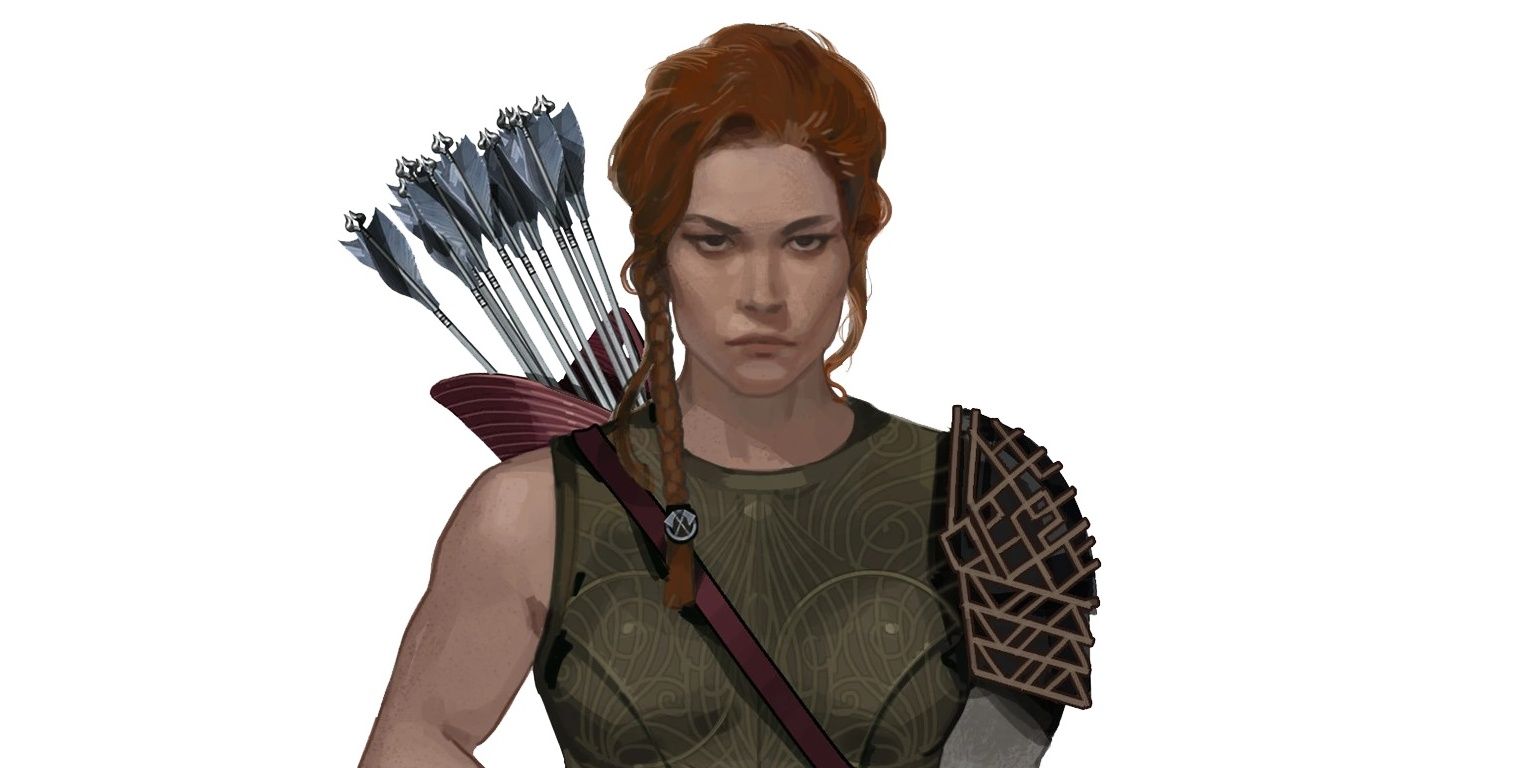 Perhaps one of the more iconic characters in all of Dungeons & Dragons lore, Cattie-Brie is the fearsome archer of the Companions of the Hall, a group of adventures from R.A. Salvatore's Icewind Dale Trilogy. She and her friends are well-known for restoring the dwarven kingdom, the Mithral Hall, to its former glory, after being overrun with drow.

Although she was sorely underpowered compared to her male counterparts early in the novels, she was later portrayed as equally capable, possessing a sharp mind and an emotional depth that her other companions lacked, while also kicking major butt with her bow. She later developed magical capability, which only added to her incredibly diverse kit. Though she died, she has since been reincarnated under the goddess Mielikki, where she is now a Chosen of The Lady of the Forest. 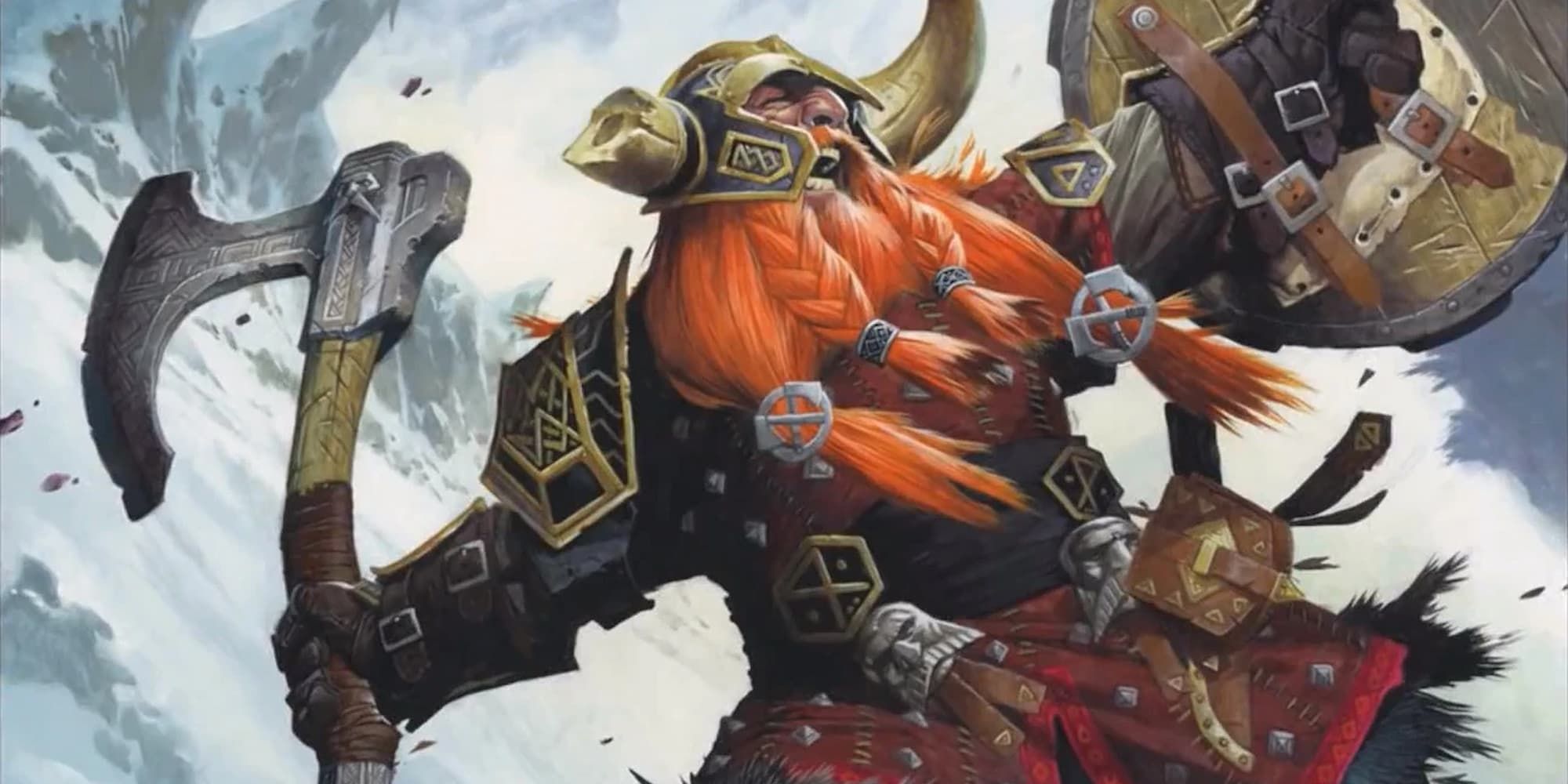 Bruenor Battlhammer is a member of the Companions of the Hall, but is more notably the three-time king of the Mithral Hall and a proud member of the ancient and royal Battlehammer bloodline.

With a name that's reached all corners of the Dungeons & Dragons universe, Bruenor's battled countless foes in Faerun, such as Yvonnel Baenre, the matron mother of House Baenre, Obould Many-Arrows, the orc warchief of the Many-Arrows nation, and had an epic win against the shadow dragon Shimmergloom, where he strapped an explosive barrel on the creatures back while riding it (surviving the aftermath, no less!) His final fight was against a pitfiend summoned by Valindra Shadowmantle, and though he did die from his wounds, he was still victorious in that fight too. But fear not! Bruenor, like the other Companions of the Hall, has been resurrected. Long live Bruenor. 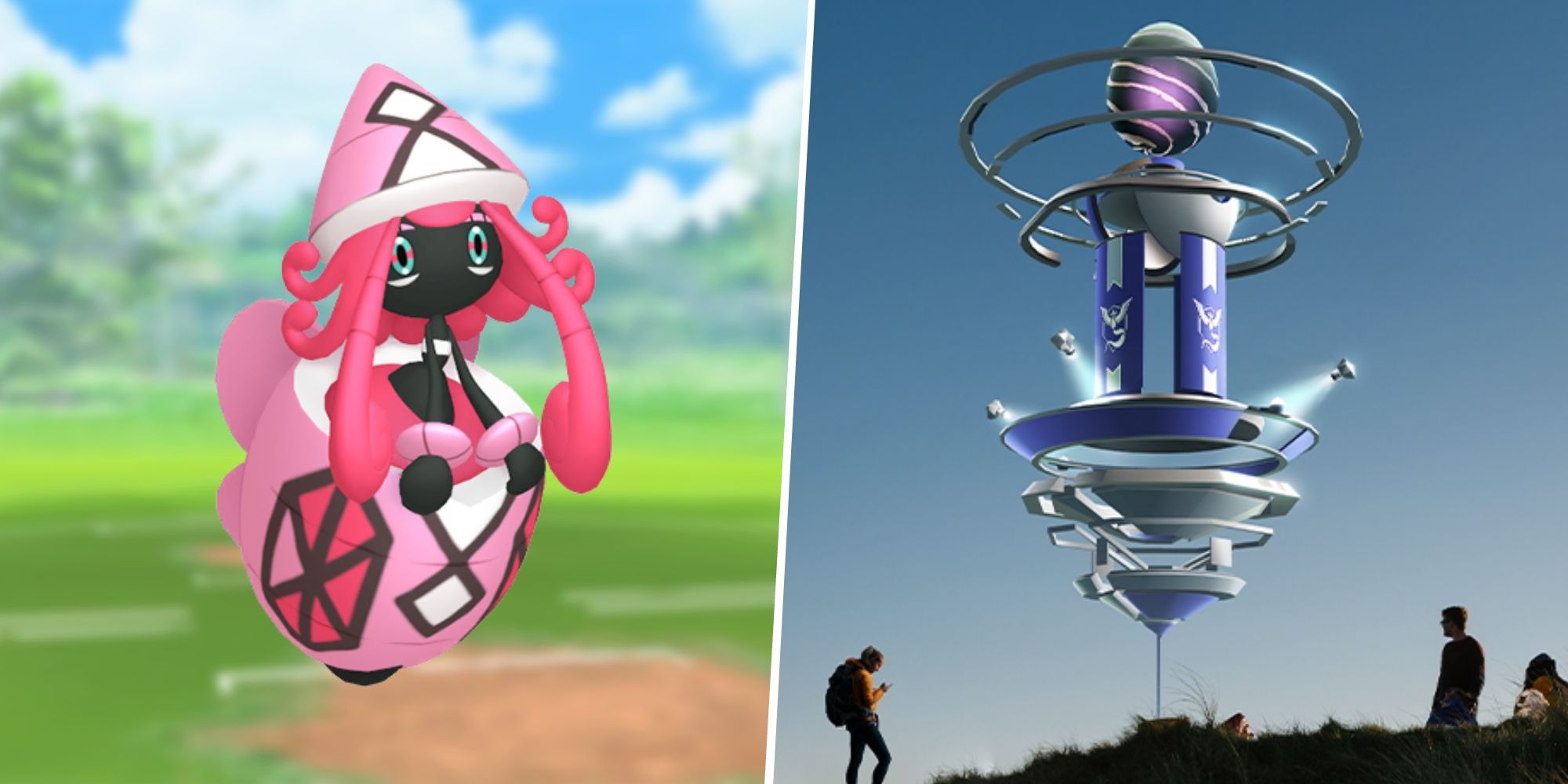 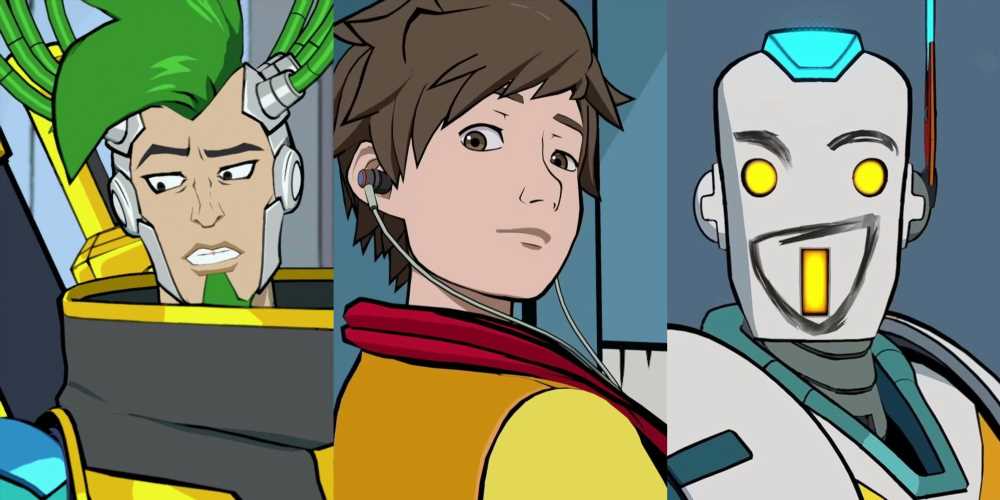 Magic: The Gathering Arena – Everything In The Phyrexia: All Will Be One Mastery Pass
PC