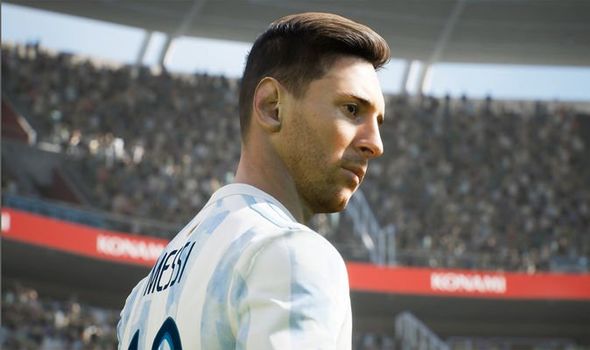 Konami has confirmed that its plans to improve eFootball will begin this week with the launch of update 0.9.1.

eFootball 2022 launched earlier this year and was poorly received by fans of the PES series.

The free-to-play PES successor is available on Xbox, PlayStation and PC platforms but was slammed for its blotchy graphics, character animations and glitches.

Following its panning by review scorers, Konami pledged to start improving the game this year, and while they had to delay the first major patch, they have now confirmed it will be arriving later this week.

A lot could ride on what happens next for the game with the release of the new eFootball 2022 update this week.

Player numbers have dived since it was first released but there will be plenty ready to jump back in after signs of improvement.

A message from Konami has confirmed that this will be the first of many patches being released for the game, telling eFootball fans this week:

“With the forthcoming v0.9.1 update fixed for early November, we are now working on future updates, and the team would appreciate your support in helping us understand what we should prioritise.

“To efficiently gather as much feedback as possible, we have created a Gameplay Survey that anyone can complete. There are a lot of questions and it may take around 10 minutes to complete, but with your feedback we will focus on the improvements that matter most to the players.”

The new eFootball update will not fix all the problems currently in the game and it could take a long time until everything is to fan liking.

What we do know is that the new patch will focus on fixing the issues already reported, and a full list is expected to be shared later this week.

WHEN IS THE eFOOTBALL 2022 UPDATE RELEASE DATE?

Konami has confirmed that the eFootball 2022 update will be released on Friday, November 5, 2021.

No set time has been announced for when the update will drop but there is a good chance it will happen in the evening in the UK.

Developers like to launch updates when they have as many people around as possible to put out potential fires created by it.

With that in mind, it will be up to Konam to share its exact plans later this week as we get closer to launch.

There’s latest statement on the situation reads: “eFootball™ 2022 v0.9.1 will be released on November 5 for PC/consoles.

“This update serves to fix bugs only, with detailed patch notes made available on our website at the time of release.”

The eFootball 2022 provides a solid window into the current state of the game, with over 22,000 votes currently posted.

Customer reviews are Overwhelmingly Negative and it will remain this way until these new updates have been released by Konami.