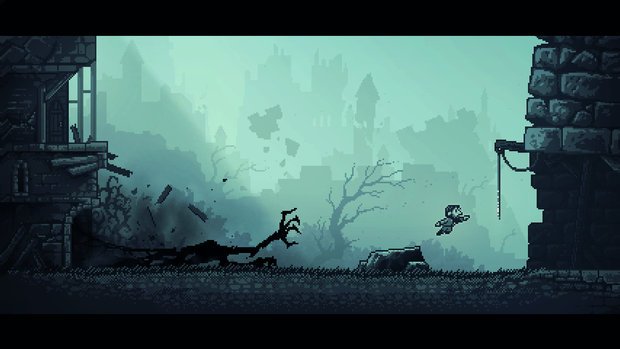 With incredibly fast-paced and enjoyable multiplayer mechanics, Guntastic is the perfect game for any gunfighter fans attending the show.

Playing in teams of up to four players you’ll be able to choose a wacky character and enter a pixelated world overloaded with crazy weapons in a fight to the death.

Each match is lightning-quick because, with one hit kills, fights are often over almost as soon they’ve begun. However, fights are incredibly addictive and laugh-out-loud funny. With a kill tally at the end of each match, the game quickly becomes very competitive.

Guntastic has to be one of the best and biggest multiplayer surprises of the show. It releases on Steam sometime in 2019.

Untitled Goose Game is a hilarious avian experience developed by House House. It centres on the mischievous activities of an angry, hostile goose.

As a stealth game, the main objective is to interfere with the lives of the humans around you. Playing as the goose you’ll steal objects, harass gardeners and honk loudly at the locals.

The world is presented as a staged sandbox, where players must complete a series of objectives before moving onto the next area to cause more chaos. Controls are simple and the graphical style is soothing, with bold block colours and soft shadows.

Untitled Goose Game has gathered quite the fan-following online and, after playing the game, it seems set to live up to the hype come its 2019 release for PC and Switch. 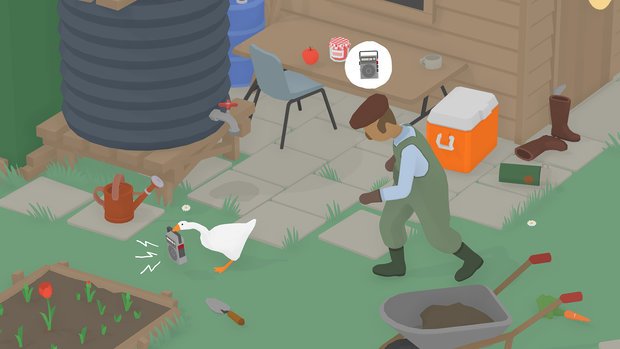 Hamsterdam is a vibrant fighting game following a young hamster named Pimm as he attempts to become a Kung-Fu master.

Pitted against mobs of aggressive rodents, Pimm must battle his way forwards as he fights crime in the city of Hamsterdam.

Predominately a brawler, the game will make you fight off each enemy, switching between attacking and dodging techniques. Each successful hit will build up your knockout bar and, once full, you can drag and drop this over to an enemy to deliver a final killer punch.

Hamsterdam is certainly entertaining, bit it’s also one of the more challenging demos at the show. The full game will be released later this year on Nintendo Switch, iOS, Android and PC.

After releasing Oxenfree to widespread acclaim back in 2016, Night School seem ready to score another homerun with their new game, Afterparty.

Afterparty follows Lola and Milo, best friends who also happen to be recently deceased and trapped in Hell. There is a loophole however, as, if Lola and Milo can drink the devil under the table, they will be allowed to return to Earth to live out the rest of their lives.

Afterparty exudes the same gnarly teen atmosphere as Oxenfree, with clever dialogue, lewd jokes and soft graphics standing out from the off. Gameplay revolves around multiple dialogue options, so opportunities to carve out your own path are endless.

Oxenfree set a high bar but it looks like Afterparty will have no problem matching its success. The full game releases later this year on platforms yet to be announced. 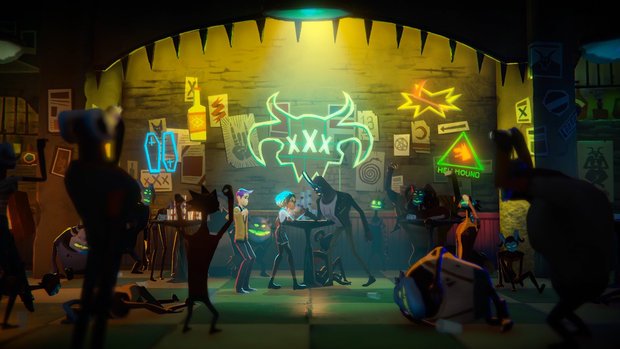 With soft cell-shaded, sepia tones El Hijo is definitely a pretty game, but it impresses on a gameplay level as well.

Central character El Hijo is a mischievous young boy who embarks on a mission to escape his compound and search for his lost mother.

El Hijo is a non-violent stealth game meaning, to avoid capture, you’ll have to resort to other tactics to carefully and quietly get from point A to point B. Hiding in barrels and distracting lawmen with whatever you can find around the compound is often the best way forwards.

It’s too early to say if El Hijo will have a strong narrative, but the stealth and puzzle gameplay is compelling enough to make this a title to keep your eye on.

PHOGS has been a standout game at several recent gaming shows and for good reason too. With a wacky premise and an unusual protagonist in the form of a two-headed dog, it’s one of the most memorable games on any show floor.

PHOGS works best when played by two people using a single controller, allowing each person to be in charge of one of the dog’s heads. Playing together this way makes even the simplest puzzles more of a challenge, but so much more hilarious as well.

With the ability for each head to stretch, grab and bark, teamwork is necessary to complete the various puzzles within the cartoony worlds, whether that be returning a source of light to its original place or herding sheep back to their pens.

PHOGS is the perfect family game, and well worth a look when it releases on multiple platforms at a yet unconfirmed date.

For more on the best indie games, check out our Best Indies of 2019 column – updated weekly with a new must-play title.

Hey, developers: Brazil is waiting for you