Elden Ring is a difficult game that builds on the legacy that developer FromSoftware has established for itself. Its games aren't impossible to beat, but the learning curve is steep. The beginning of Elden Ring can feel incredibly punishing.

Confidence can play a key role in anyone's success, so knowing which bosses in the early game are a bit on the easier side can go a long way in boosting your mood before you go off to explore the more dangerous parts of the Lands Between. 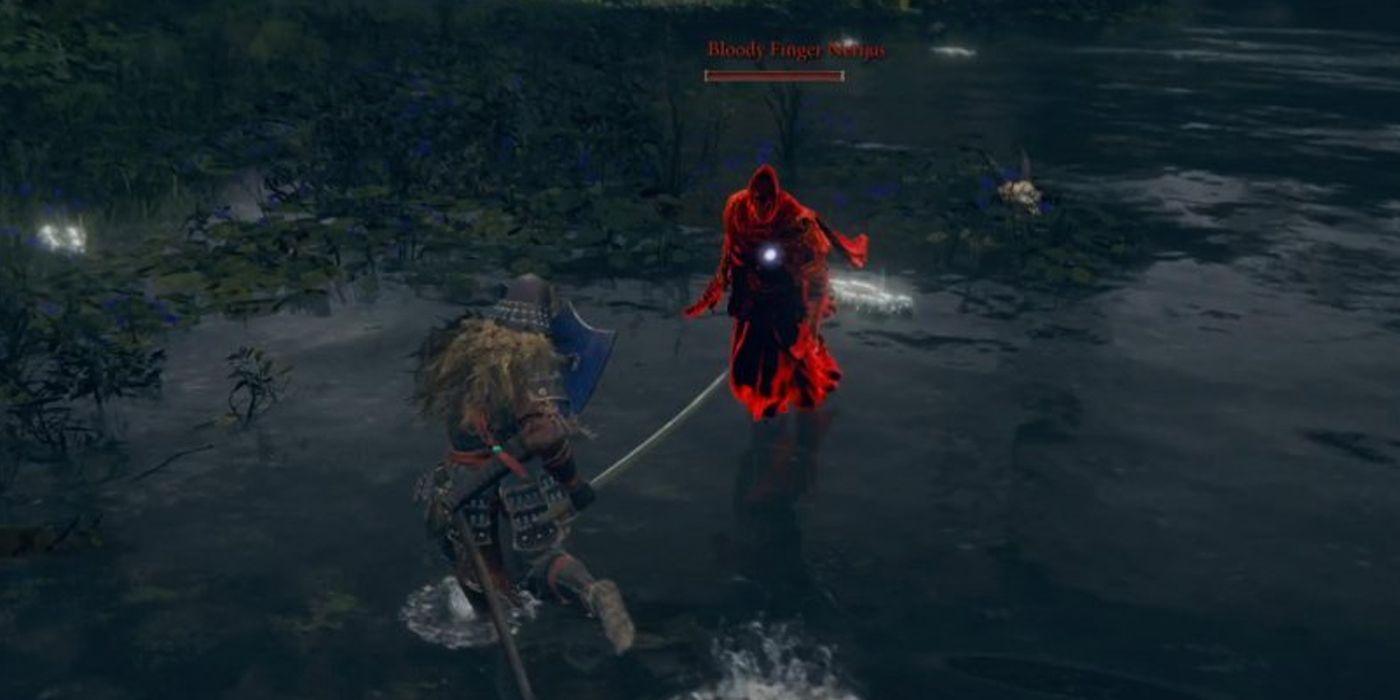 Now, Bloody Finger Nerijus isn't technically a boss, but this invader NPC will be your first introduction to these types of enemies. They serve as spontaneous pseudo-bosses that add a lot to the lore and narrative of Elden Ring. This enemy will appear when you are traversing the river in Limgrave that leads to both Murkwater Cave and the Murkwater Catacombs.

If you manage to stave off attacks from this Bloody Finger a friendly NPC named Yura will spawn and help you in your fight. Invading NPC enemies can parry your attacks, heal themselves, and also switch weapons and stances, so getting comfortable with fighting and hopefully defeating one is crucial. 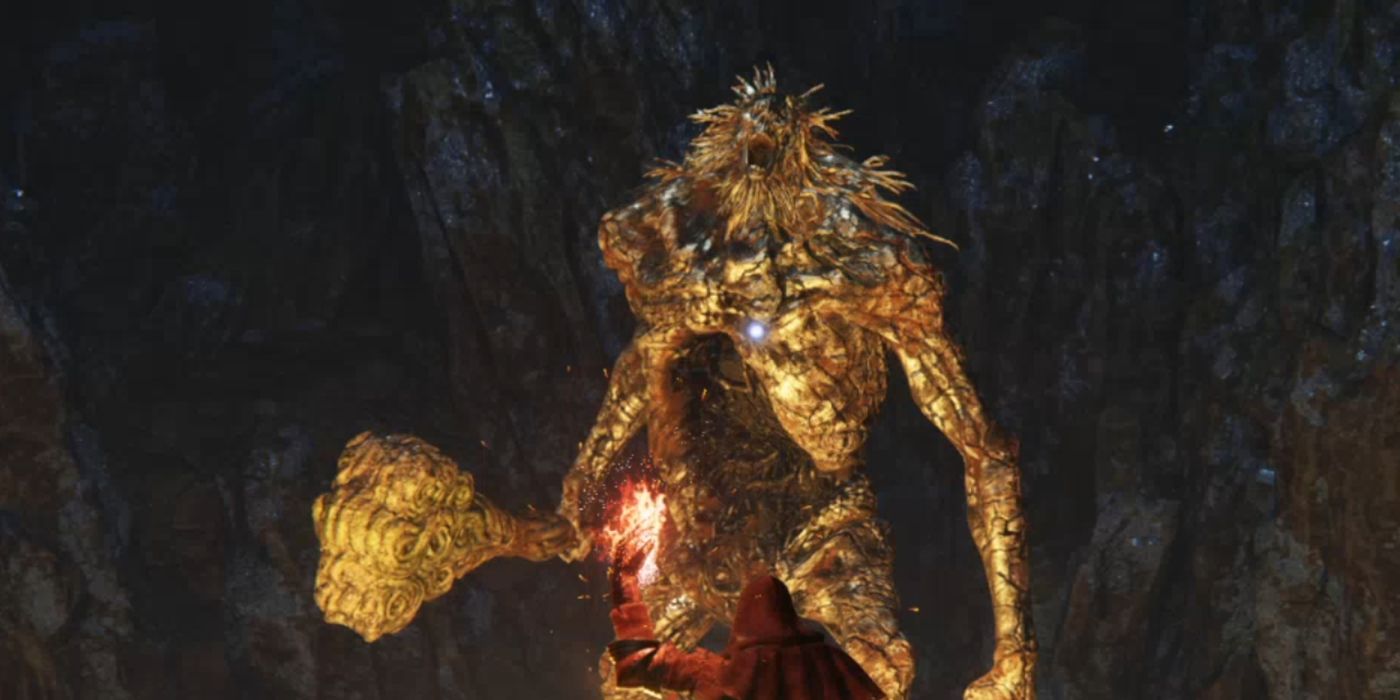 The first troll most players come across is likely the one that hops down from a bridge after they sit at the Site of Grace near the Gatefront Ruins. If you want to fight the boss version of this enemy type you'll have to head to the Limgrave Tunnels located at the northernmost point of the lake residing at the center of Limgrave. It's a rather close quarters boss arena that focuses on showing you that the best way to beat a troll is to stick close to it and swing at its ankles. Do this enough times and its poise will be broken as it falls to the floor, opening it up for even more damage and punishment. 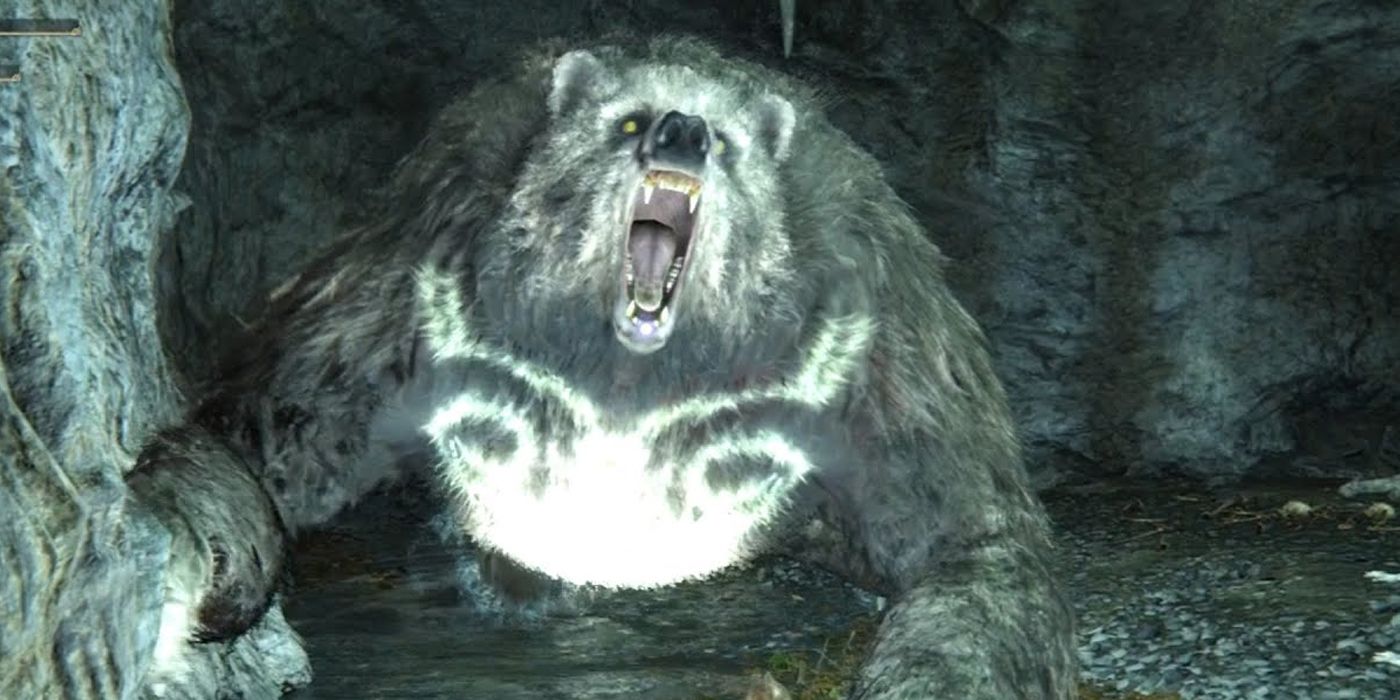 The Weeping Peninsula is an area located in the southeastern part of Limgrave and is immediately accessible to you, provided you can cross the Bridge of Sacrifice alive. This area offers plenty of challenges and discoveries, with one, in particular, featuring a boss battle with a slumbering bear. Once you've made your way through Earthbore Cave, located between Forest Lookout Tower and the Demi-Human Forest Ruins at the northeastern part of the peninsula, you'll come across the Runebear. This giant beast isn't too difficult, but the lack of fighting space and its sheer size will likely cause problems for you. Make sure you bring an extra pair of pants to change into. 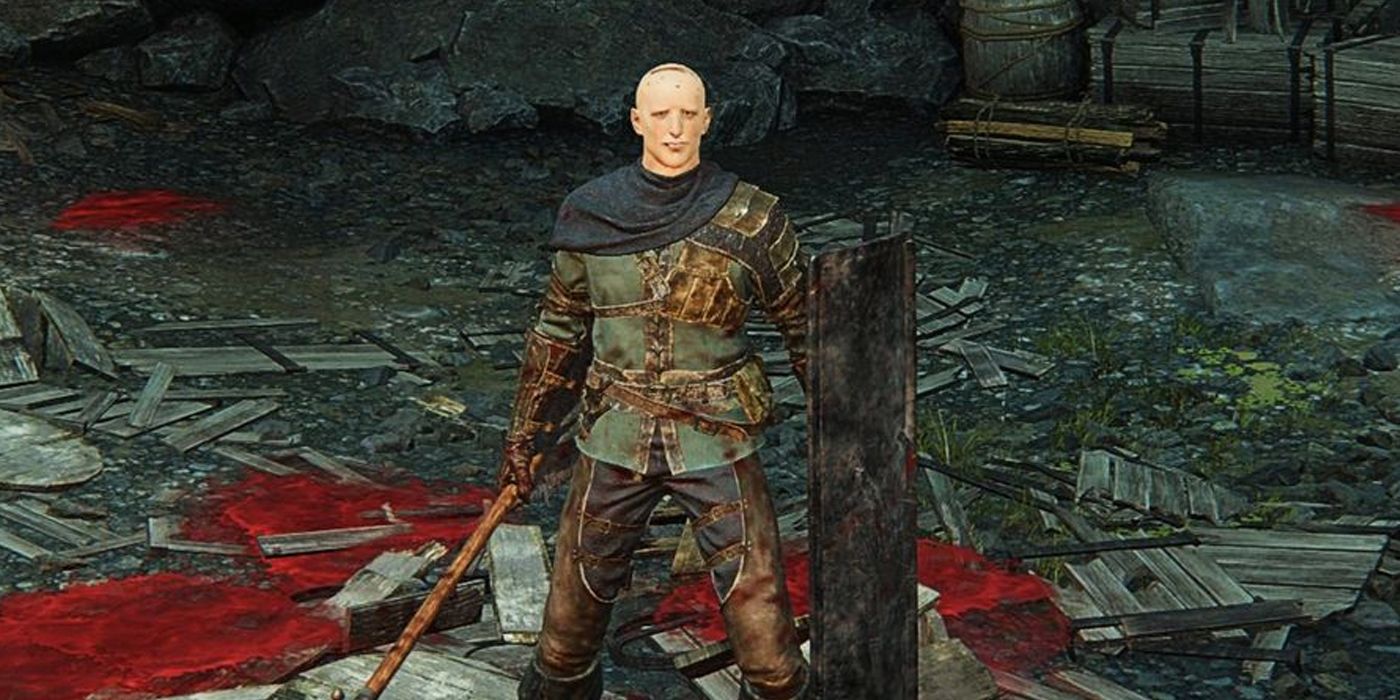 Patches is a reoccurring character in FromSoftware titles that relishes in trolling you in the games. In Elden Ring, he appears in Murkwater Cave as you attempt to open a chest in an empty room. He accuses you of stealing and hops down from his perch to challenge you to a duel. If you get him to half of his health bar he'll plead for forgiveness and ask that you show him pity. Agreeing to this will turn him into a merchant who you can buy and sell items from. Just be careful because Patches is the type of person that can only be trusted for so long. 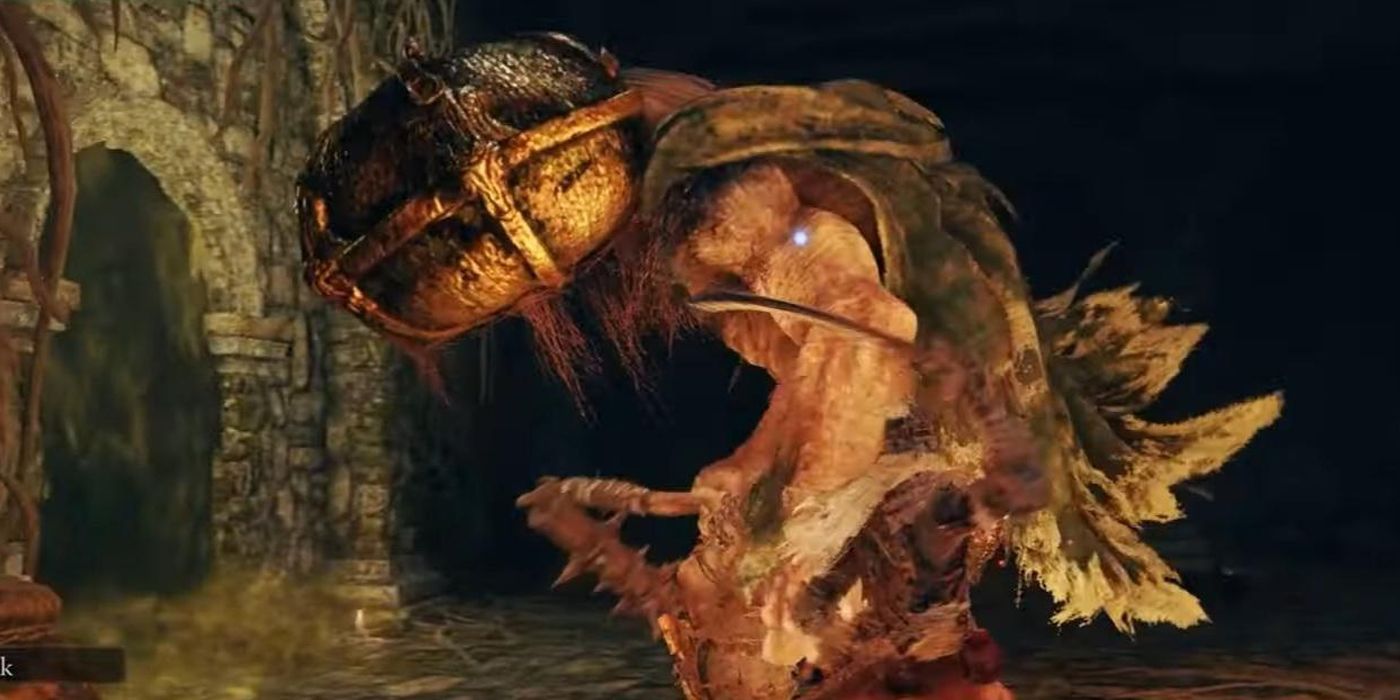 Pumpkin Head is a classic example of a FromSoftware enemy who starts as a boss, but as you progress through the game they simply morph into normal enemies. You can fight the boss version of this enemy at the Waypoint Ruins. Upon defeat, he'll grant you access to a rather interesting NPC that's critical for those looking to use magic.

Pumpkin Head can drop a neat-looking helmet if you're lucky, but it's this helmet that prevents you from doing any real damage to it from the front. You'll have to maneuver and position yourself behind it after its flurry of attacks to dish out some real damage and hopefully drop it before it goes berserk once more. 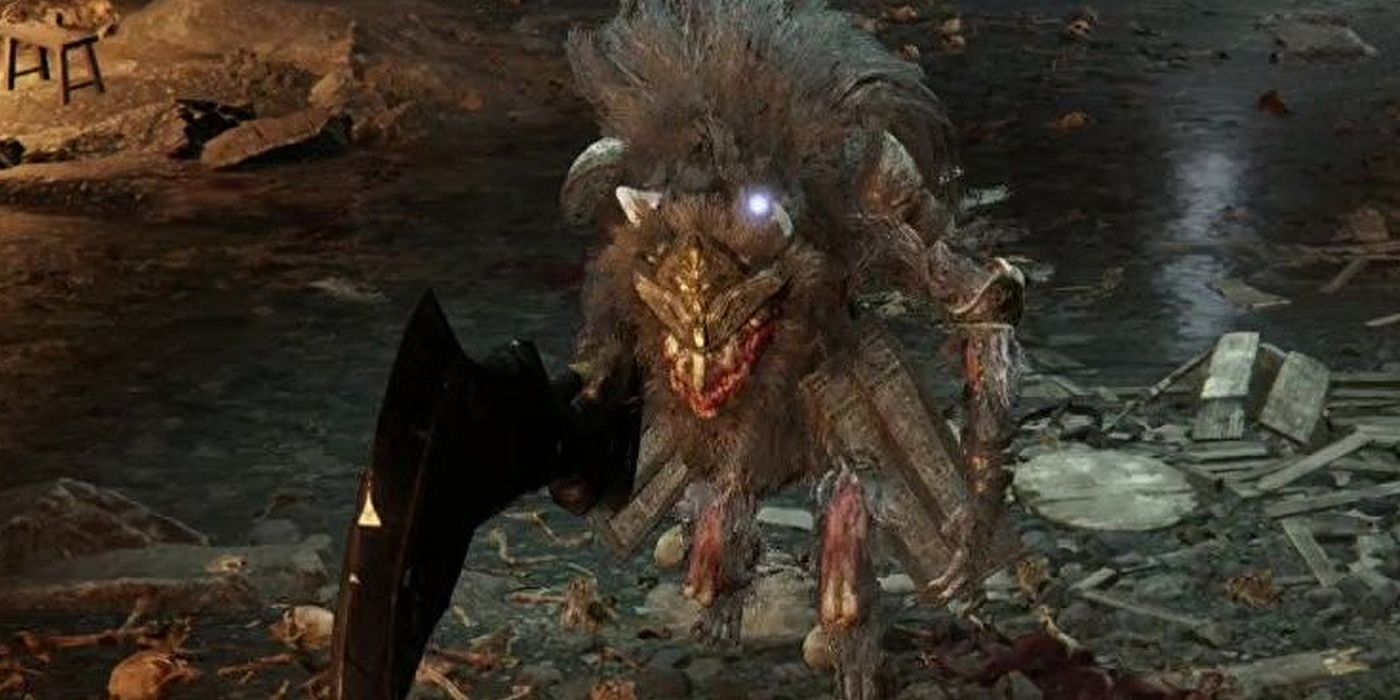 The Beastman of Farum Azula can be found in a boss arena that's oddly similar to the one you fight Patches in. Groveside Cave's entrance can be found to the left side of the small forest separating the Church of Elleh and Gatefront Ruins near the opening area of Elden Ring. Dealing with aggressive bosses that use combo attacks is something new players need to familiarize themselves with. That's why this fight with Beastman of Farum Azula is critical to your skill growth as it's an entry-level introduction to this type of enemy. 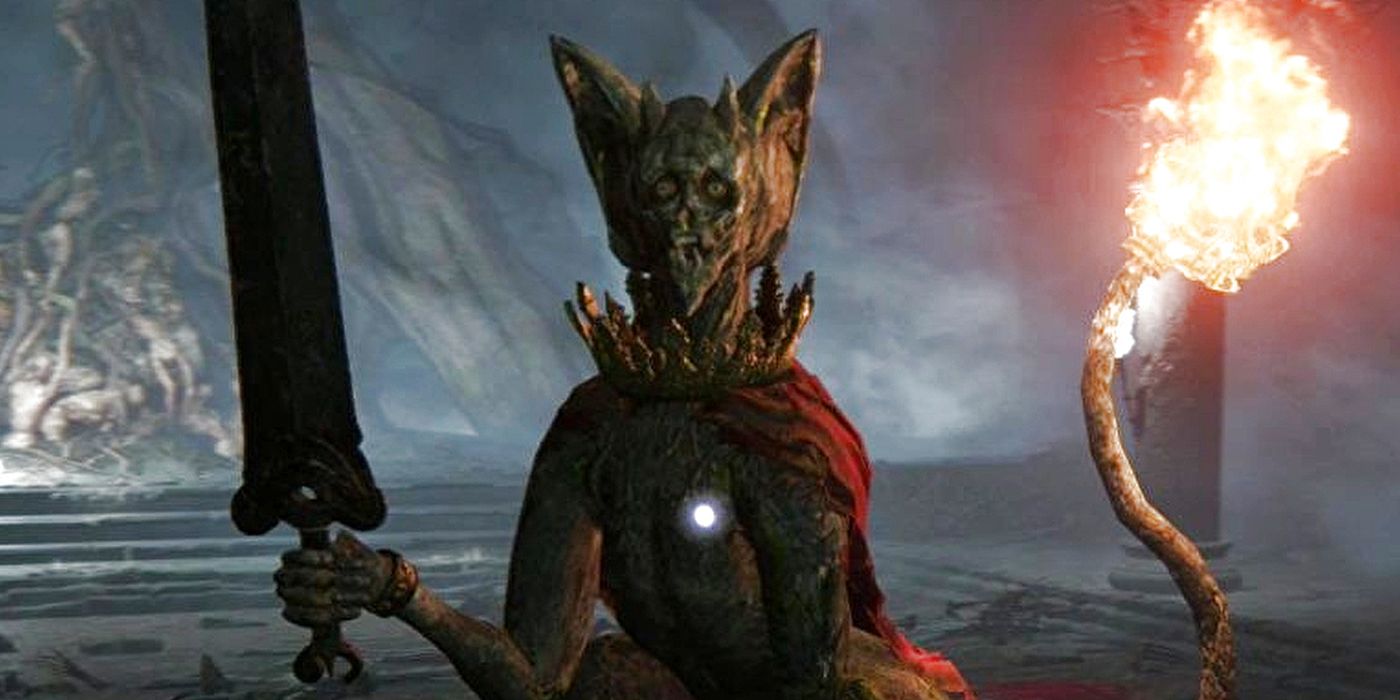 Depending on the direction you traverse once you step into the open world of Elden Ring, the Erdtree Burial Watchdog will likely be the first boss you encounter. This thing may be called the Watchdog, but it's clearly a gargoyle cat. Its movements are rather stiff and its attacks are telegraphed very well. It resides at the bottom of Stormfoot Catacombs, and with the use of some Spirit Ashes, you'll likely make quick work of it. Just be prepared for additional versions of this thing later in the game that possess certain elemental properties.

New Morbius Trailer Calls It The "Number One Movie In The World", Is Actually Eighth