You might have heard that Magic: The Gathering is looking to get into other game universes. Most recently, Magic unveiled the four new Warhammer 40K Commander decks, which mark Magic's crossover with Games Workshop. But with Elden Ring set to sweep this year's award season, perhaps Wizards of the Coast should be looking at From Software for its next collaboration.

And to give us a hint of what that might look like, we turn to Reddit user Freshjori. They've been spending the past few weeks turning Elden Ring's monsters and bosses into Magic cards, with the most recent batch taking a stab at some of the game's most iconic (and annoying) generic foes.

Here we have the Spirit Caller Snail, a Runebear, a Crucible Knight, an Imp, and the Black Knife Assassin. All of them have excellent flavor, and the Imp has especially good flavor text for expanding on the in-game lore. "They cause problems wherever they appear," reads the Imp's text. "By now it's impossible to tell who built them and it's equally impossible to get rid of them." 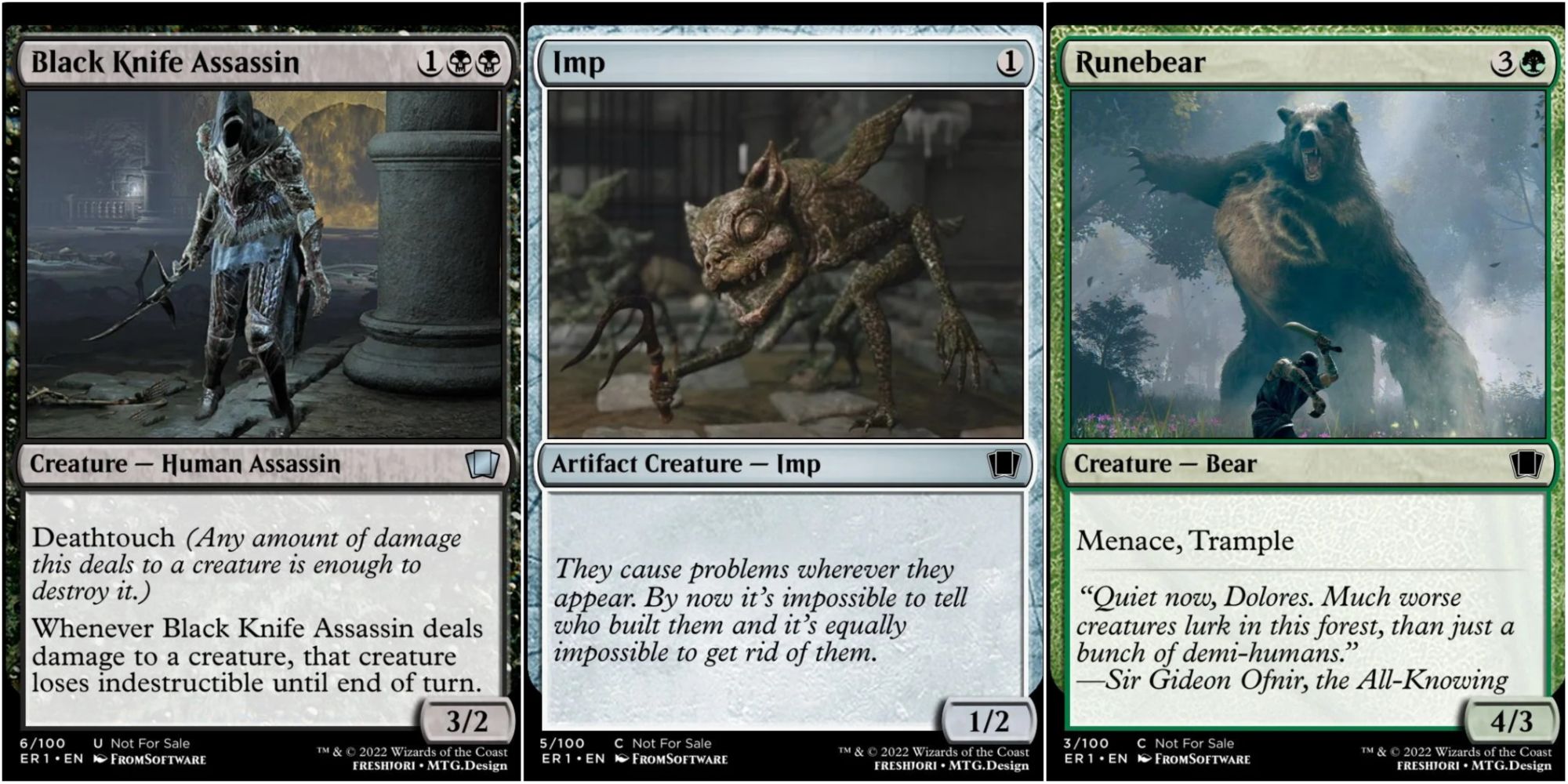 Some are also suggesting that the Rune Bear be made into a 10/10 Double Strike monstrosity, but 4/3 sounds about right. Rune Bears aren't really all that scary once you learn how to crotch-dive.

Freshjori didn't stop at Elden Ring's more plain denizens. They've also made Magic versions of Starscourge Radahn (which is spot on), Melina, the Mimic Tear summon (which technically already exists in Magic, but we'll let it slide), Praetor Rykard, the Regal Ancestor, Flying Dragon Agheel, and many more. You can check 'em out on Freshjori's user page here.

And in case you missed it, Disney announced its own take on the TCG genre in Lorcana, and it didn't take long for someone to figure out how to translate every previewed card into Magic's rules.