You know those weird pustules that occasionally emit poison gas in Elden Ring? Those things actually have a name: "Land Squirts." Not exactly the name I would have picked, and it certainly wasn't what I called them even after I'd spent almost 200 hours in the Lands Between.

And apparently, I'm not alone. Reddit user silkendreams recently posted a very good question to the Elden Ring subreddit that revealed the personal names Tarnished gave the game's numerous enemies, from Runebears to Fingercreepers, confirming how many of us share a personal nomenclature.

By far the most popular answer to the question "what did you call enemies before learning their true name?" came from user Mxnokuma: "Little shits, every enemy." Appropriate, given Elden Ring's difficulty, but perhaps not very creative. It also makes it rather difficult to identify particularly troublesome enemies. 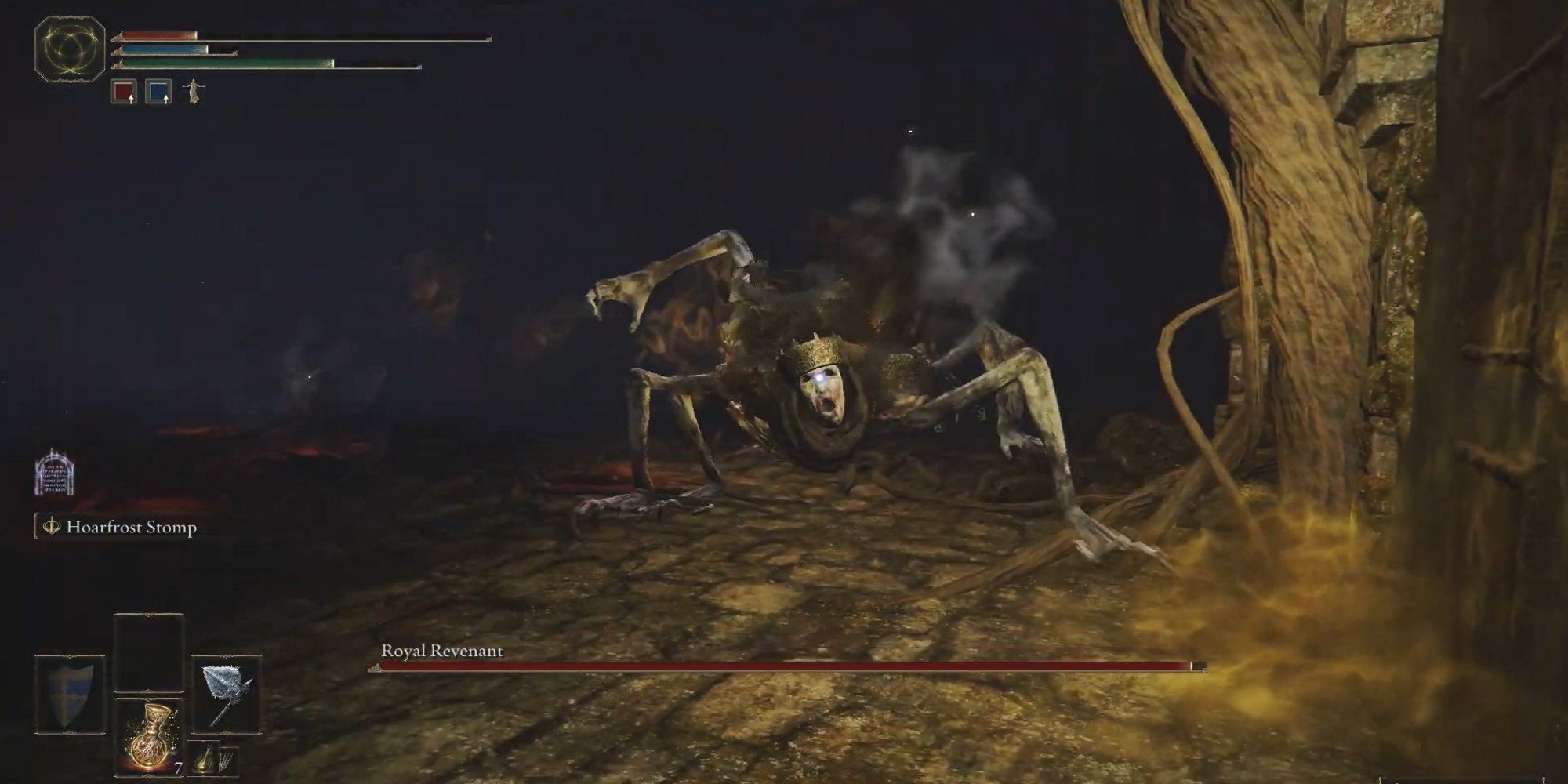 User BuffNerfs had a similar problem with Elden Ring's Imps. "Used to think Imps were Gargoyles," they wrote. "Then I found a real Gargoyle and still kept calling the Imps Gargoyles until I realized that doesn't make any sense."

Many Soulsborne veterans admitted to simply using the names given to both enemies and various in-game items shared between Elden Ring and the rest of the series. "Hollows, Estus, Souls, Bonfires," wrote user 50-Lucky, "this is the way."

Another commonality between Elden Ring players was the name given to the Royal Revenant, perhaps the single most difficult non-boss enemy in Elden Ring. It's so difficult that user bereved refers to them as "OH GOD OH FUCK," while user Telravis_Has_Risen offers a slight variation with "OH SHIT OH FUCK." And yes, I know healing spells can make short work of Revenants, but I still haven't gotten around to playing a pure faith build.

As for those land squirts I mentioned earlier, I called them "gassy crawly boys," even though I'm pretty sure they were just weirdly animate plants that didn't have any concept of gender. And even though I know their true name, I will never think of them as anything else.

The Mako Has Been "Calibrated" To Perform Better In Mass Effect: Legendary Edition