Home » News » Elden Ring: How To Defeat All Deathbirds

Deathbird in Elden Ring is a Field Boss that you will encounter in different areas of the game. These creatures of death are found at night-time. Throughout your exploration of the vast areas, a Deathbird will drop from the sky, and the music will intensify. The Deathbirds have stronger versions known as Death Rite Birds, which you will encounter multiple times as well.

Some players will find the Deathbirds challenging in the early stages of the game. However, the boss has a normal moveset and a massive weakness you can exploit. Here is all you need to know about Deathbirds. 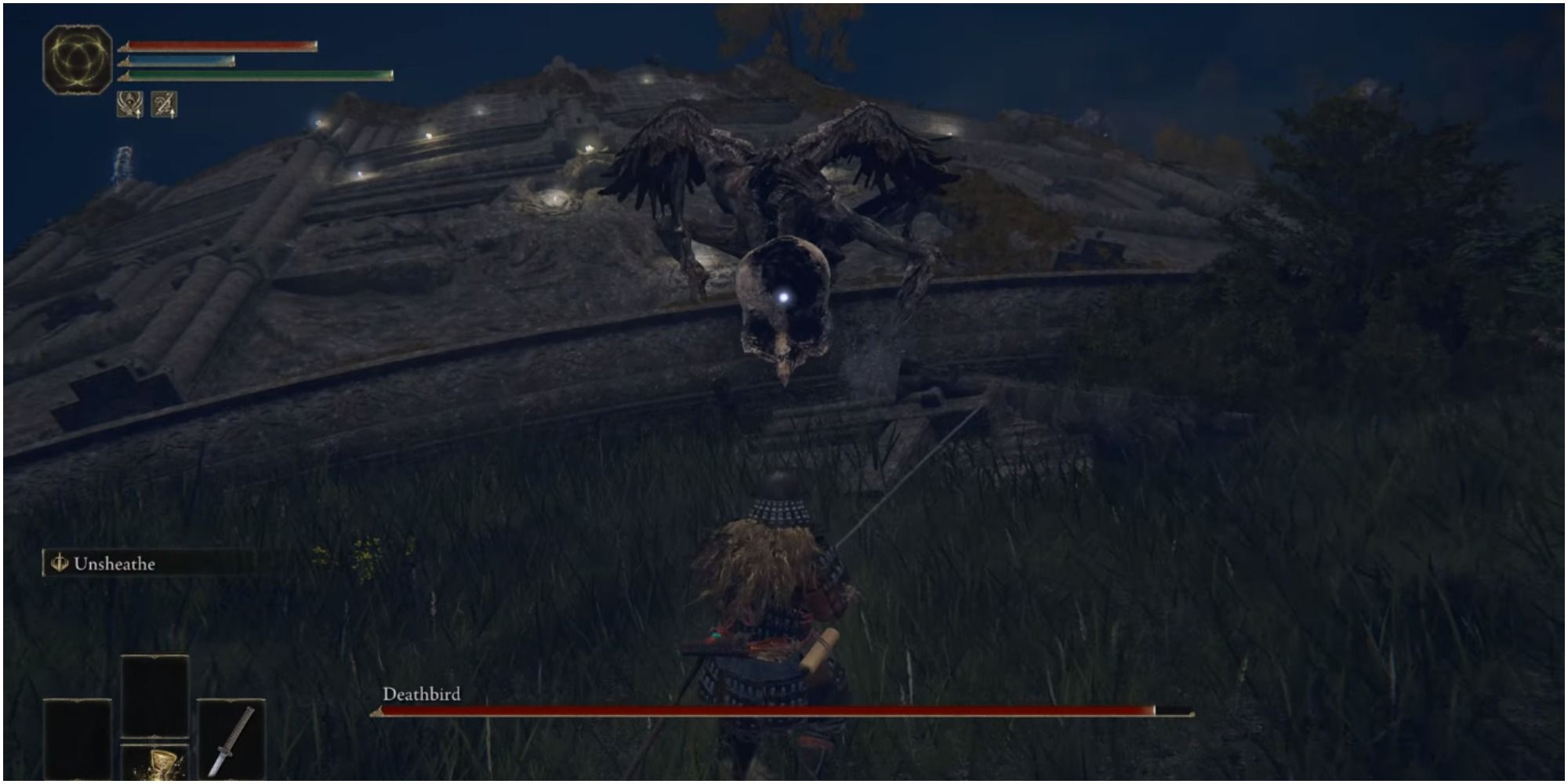 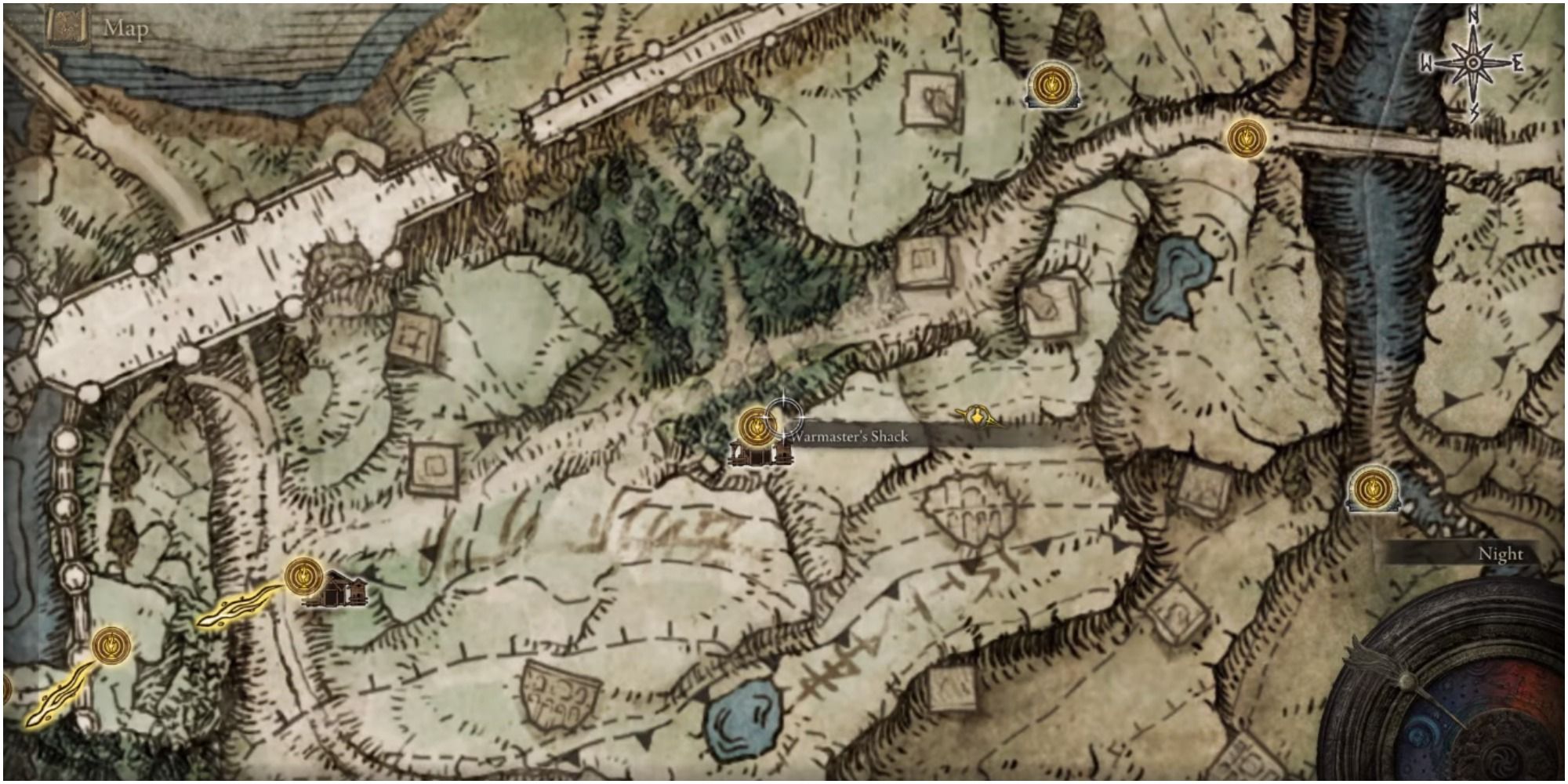 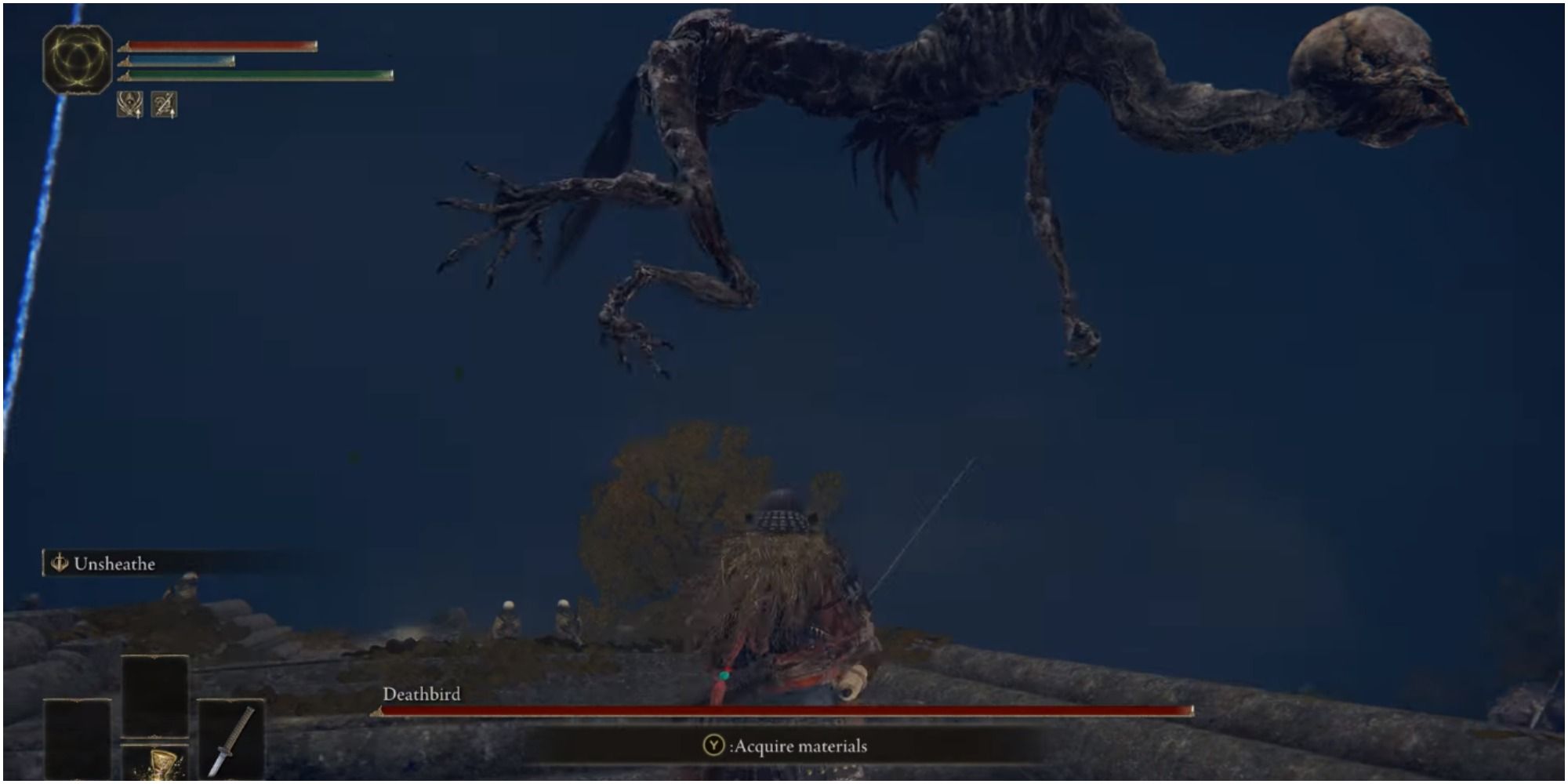 The Deathbirds are located in different areas of the game. To find them, you will have to change the time to Night-time and roam the area until the bird of death drops from the sky. Defeating each Deathbird will get you Armament, Shield, and Talismans. The boss fights are optional, and you do not have to complete them if you are facing trouble. They do not affect any ending whatsoever, so you can come back later in the game when you have gained more levels. 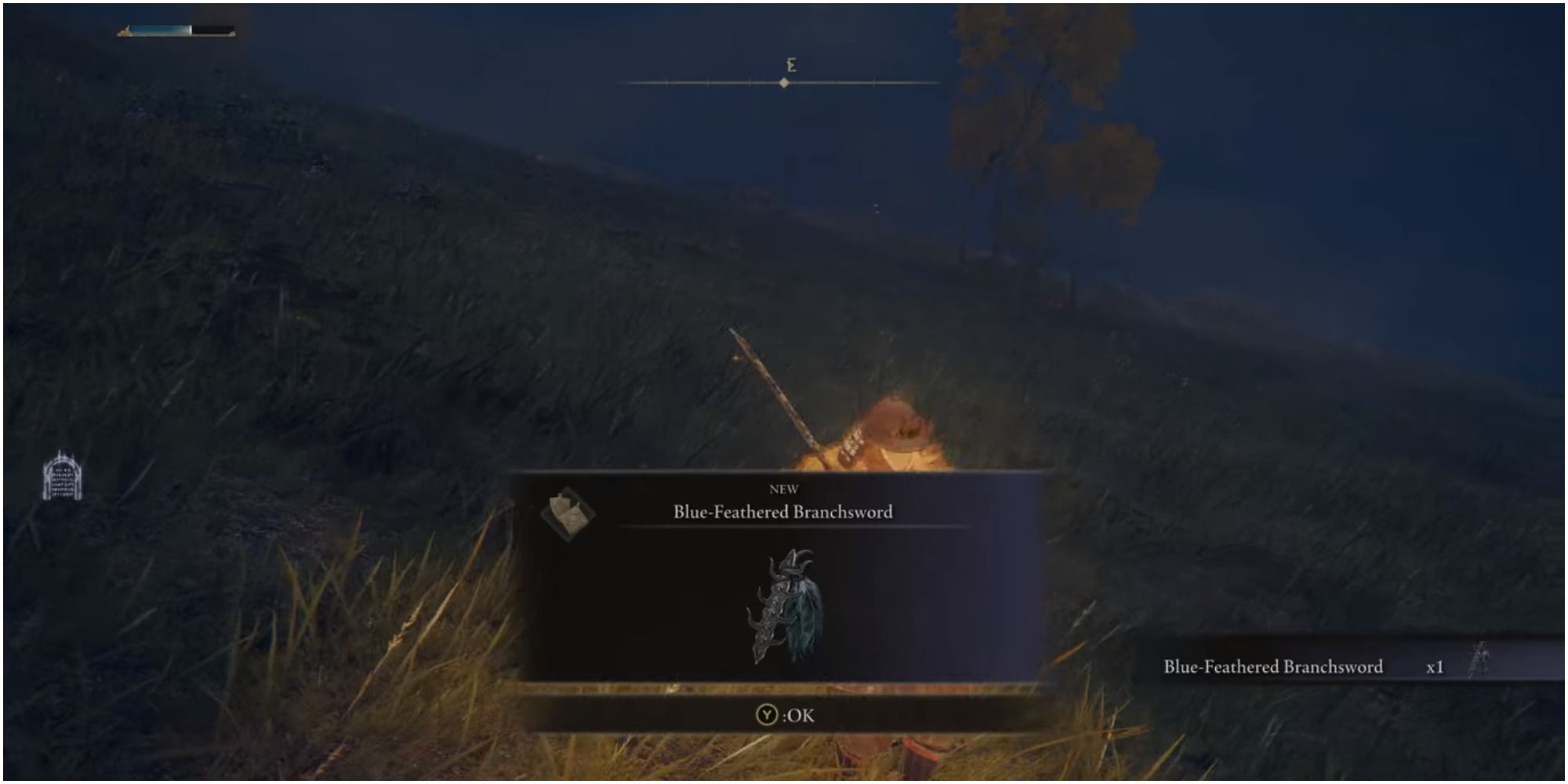 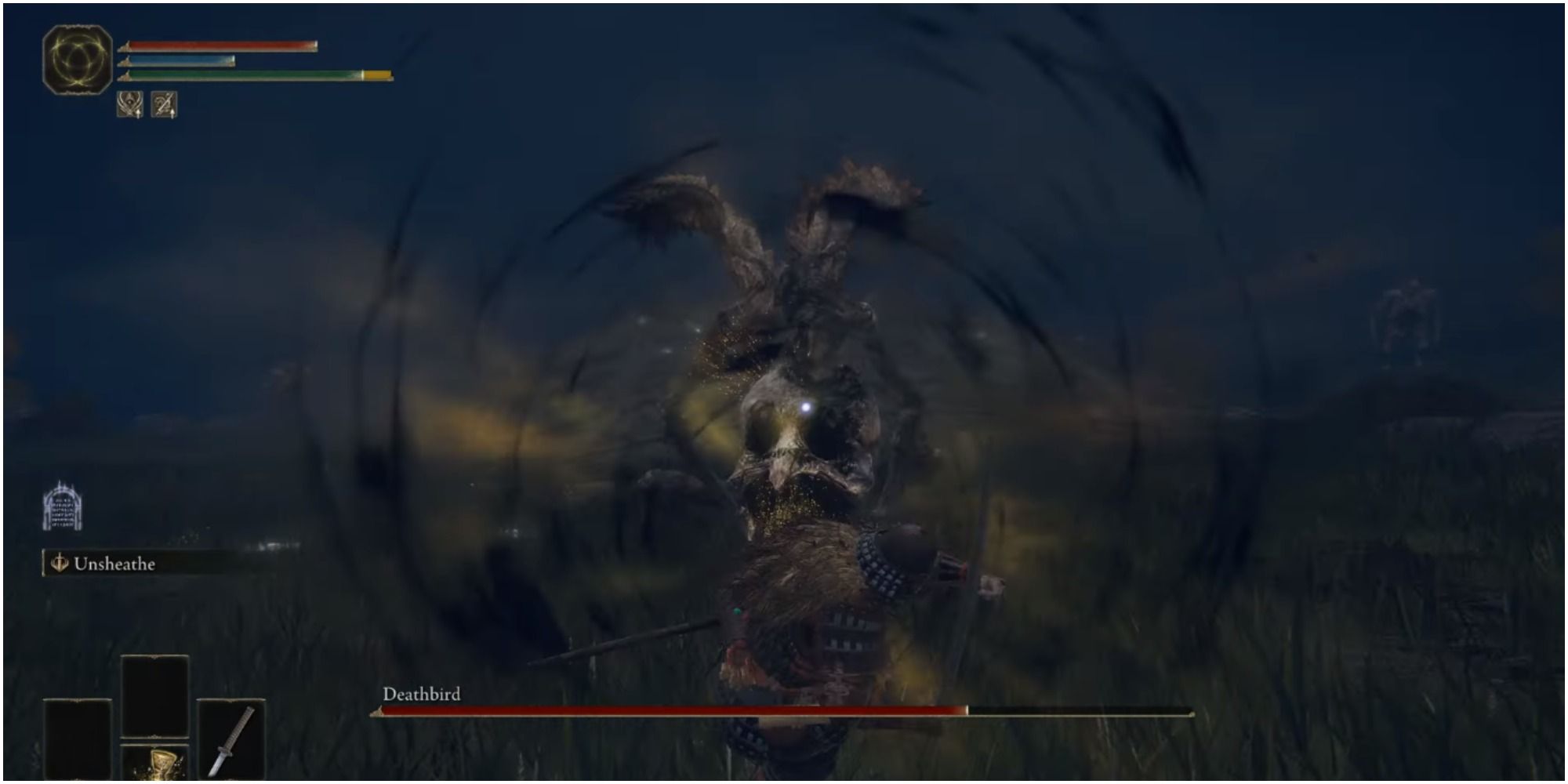 Deathbirds have similar attacks to the Death Rite Birds but lack the touch of Frost and Death in most of their attacks. 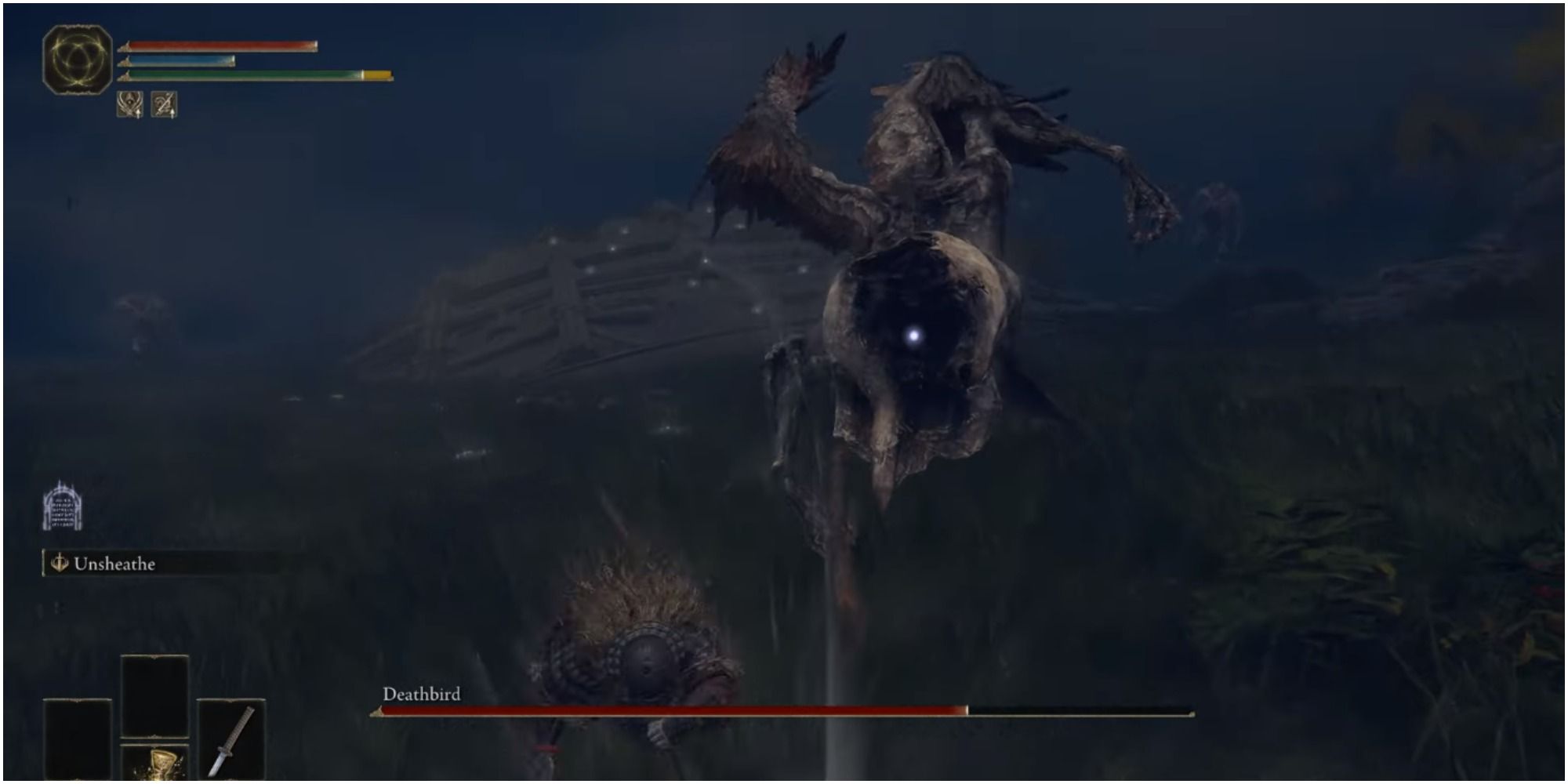 Deathbird thrusts its cane at the player.

Counter: Roll through the attack or back to avoid it. 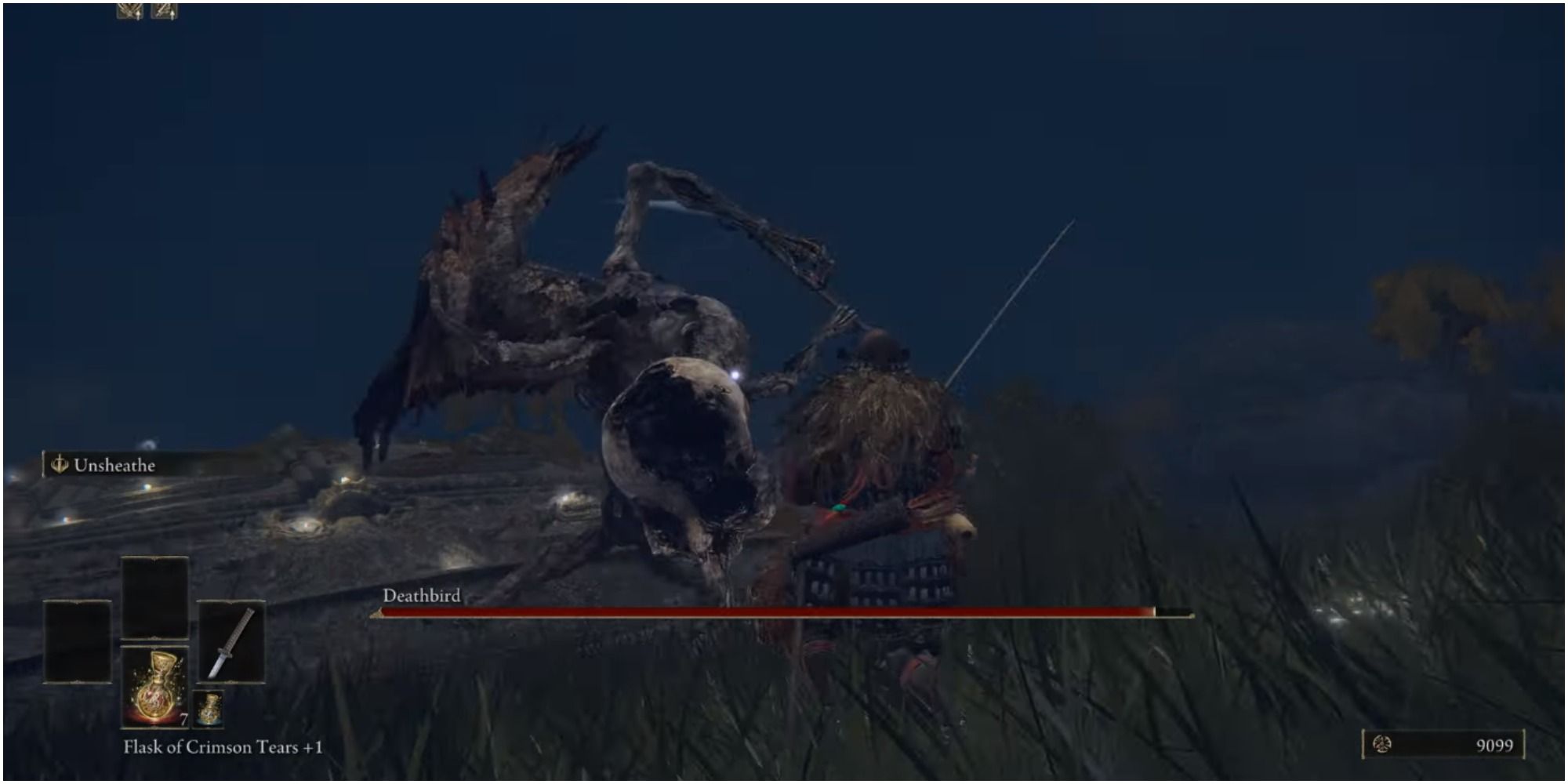 The boss raises its cane and then performs a quick sweep. The boss can follow up the attack with another sweep or slam.

Counter: Dodge towards where the sweep is coming from. 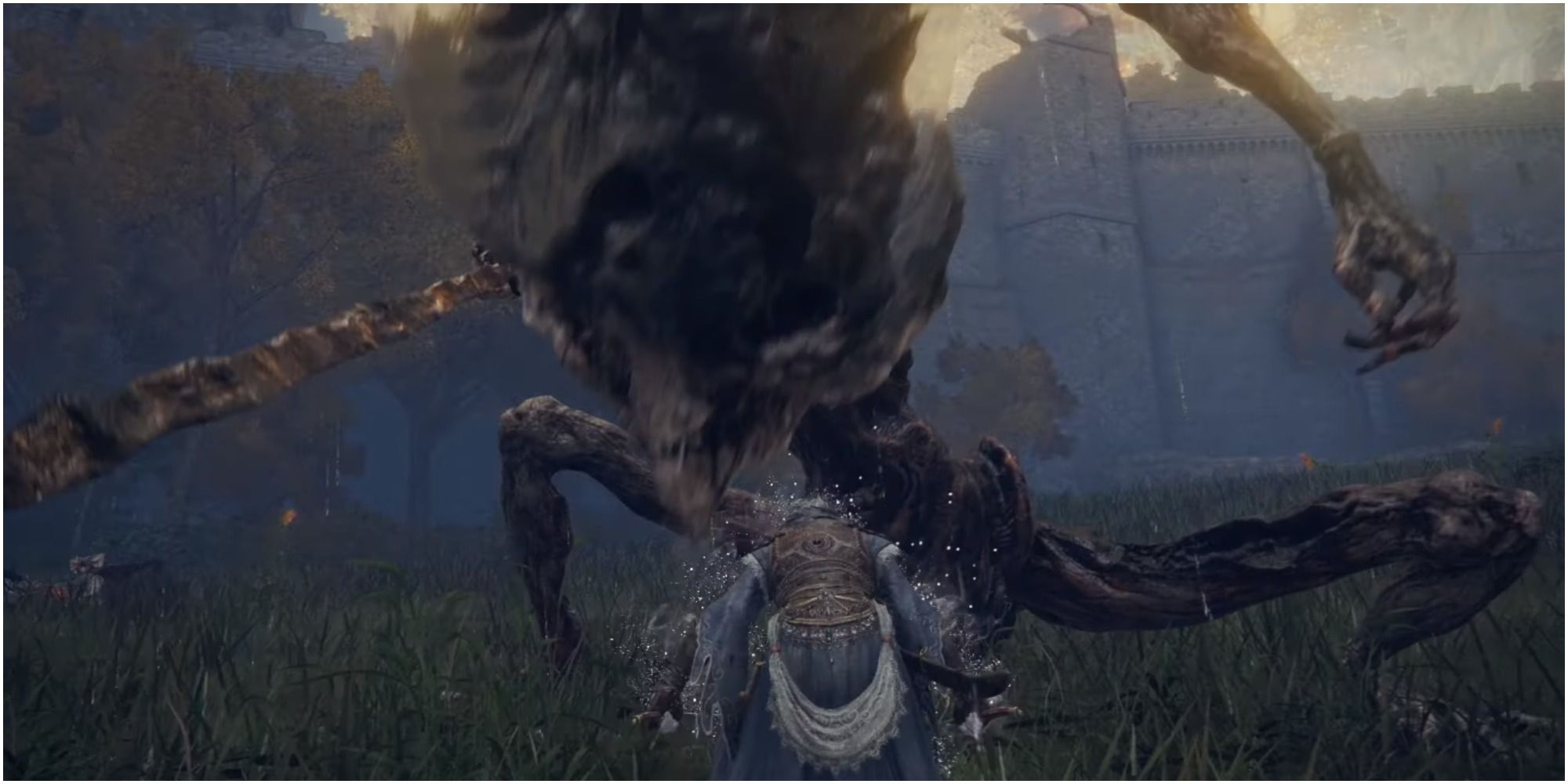 Deathbird lowers its head to peck the player multiple times.

Counter: Roll to one side and try to get behind the boss where its pecks will not reach you.

The boss screams, causing Death Blight buildup if you are close to it. It can do this multiple times.

Counter: Just roll out of the area and stay away until the attack is over. 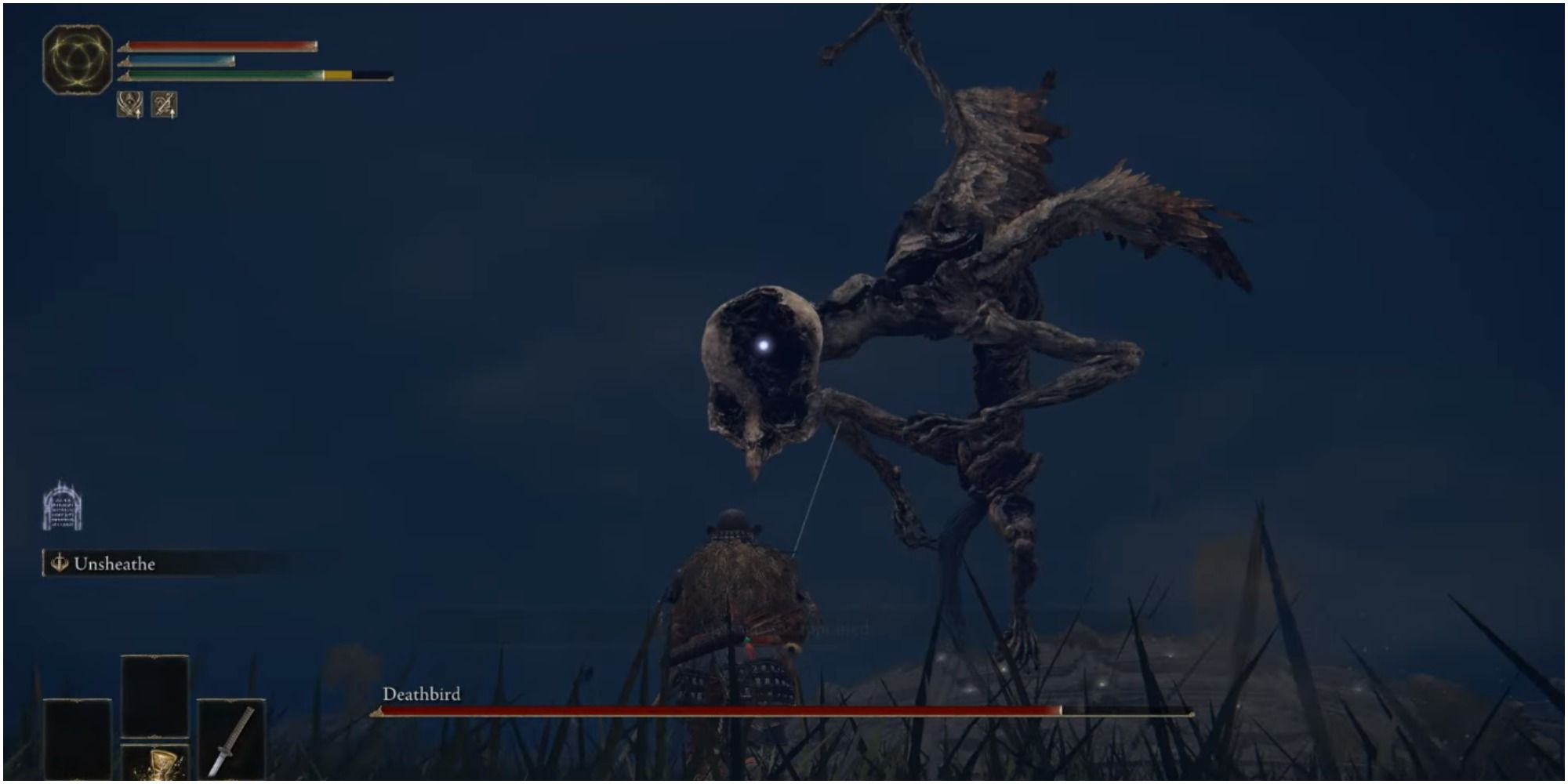 The boss jumps up in the air and then performs an overhead slam.

Counter: This attack has decent tracking, so you will need to dodge the slam as it is about to land. 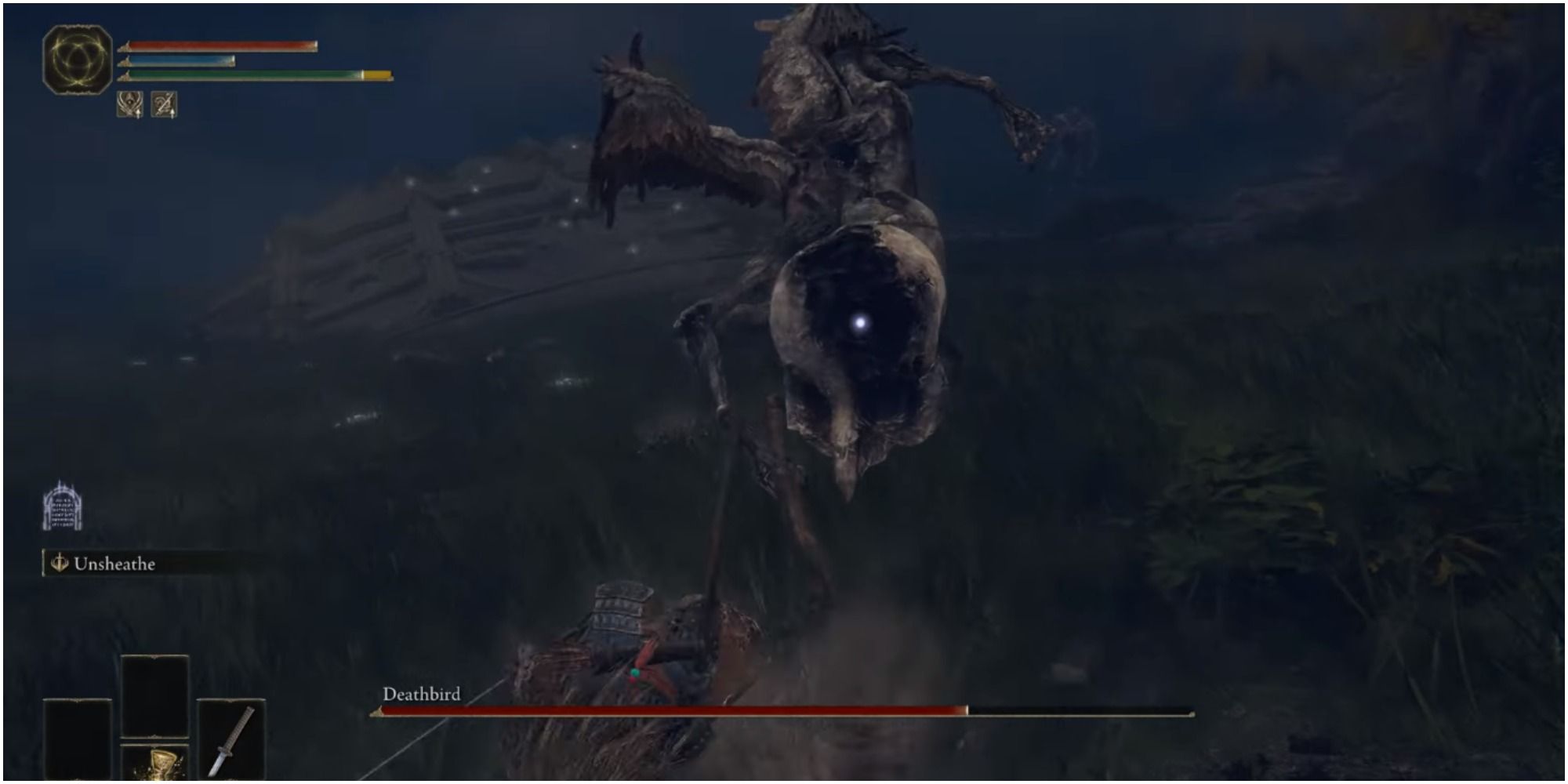 Deathbird dual-hands its cane and performs an overhead slam. This causes a small AOE explosion.

Counter: After the slams come down, roll away and keep away until the shockwave from the AOE explosion goes away. Get to the boss's back and attack while it recovers from it. 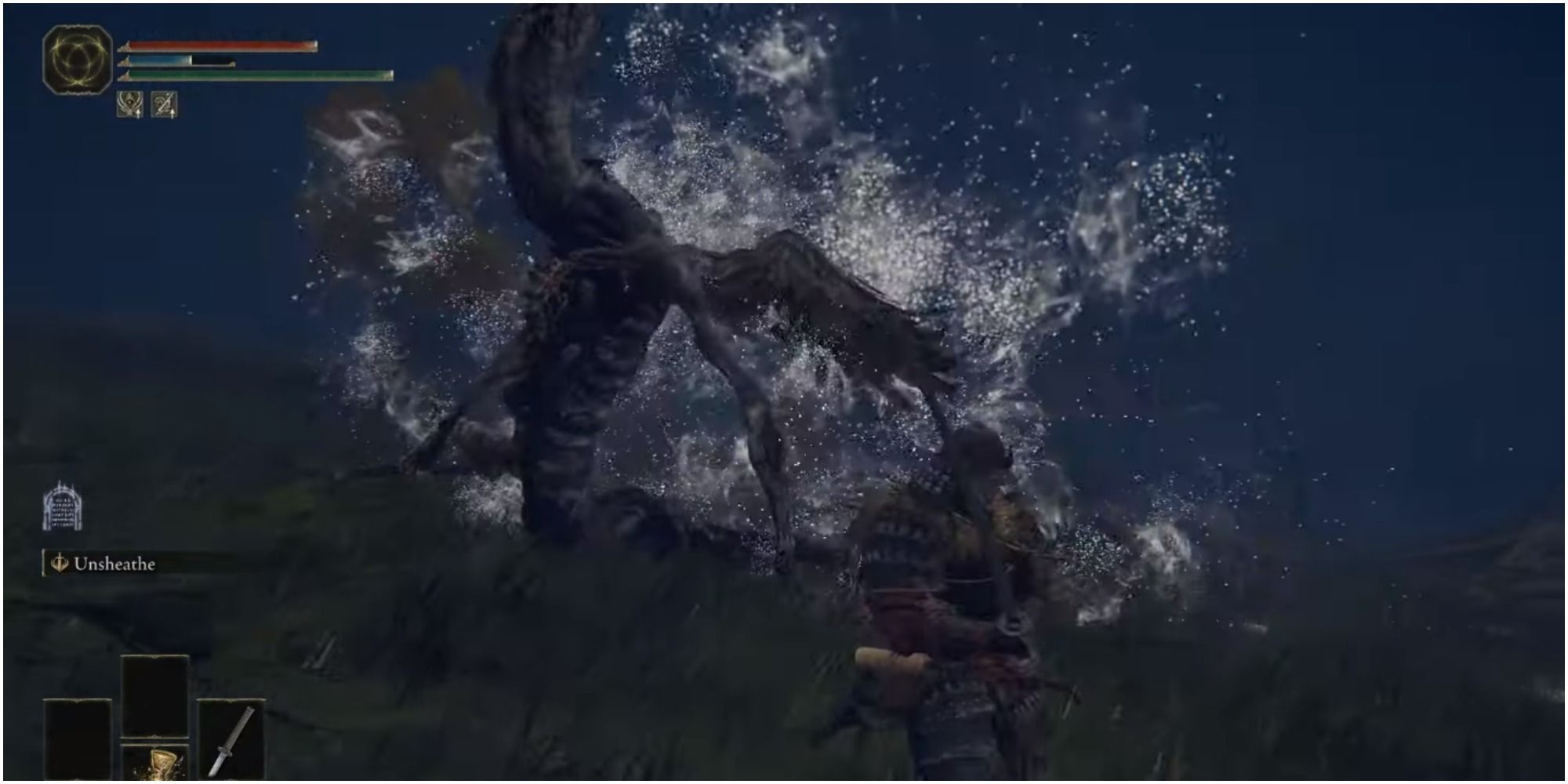 The boss fights with the Deathbird are quite simple and easy to learn. Your main focus is chipping their health by focusing on their giant heads. After most attacks like Leap Slam and Cane Thrust, you have a chance to attack its head by doing a jumping heavy attack. This deals massive damage to the boss and also breaks their poise gradually.

Aside from the head, you can also focus on its legs. Once you get towards its legs, it will turn around for each attack giving you enough time to counterattack. If you stay near its legs, it will start doing more leaps to slam you. Peck is another attack to look for as the boss can perform this multiple times which can damage you and knock you back slightly. Lightning Incantations are quite useful against the boss. Lightning Spear and Horned Bolt are two Incantations you can acquire early on in the game and deal decent damage.

Torrent is quite useful in this fight. It allows you to move across the area and avoid deadly attacks like the shockwave from the Cane Slam. You can also lock on to the boss and cast constant spells from afar while riding Torrent. The boss will follow you and try to perform Leap Slam constantly. Dodging this on your horse is generally easier.

Its Scream attack can Death Blight buildup. This might be the first time you encounter this status effect. The attack does not deal damage right away but fills up a bar which, when complete, kills you instantly. This can be a very deadly move if you stay near the boss. If you are not using a horse, you need to roll away from the boss immediately. Order Healing is a good Incantation to have as it can alleviate Death Blight buildup. 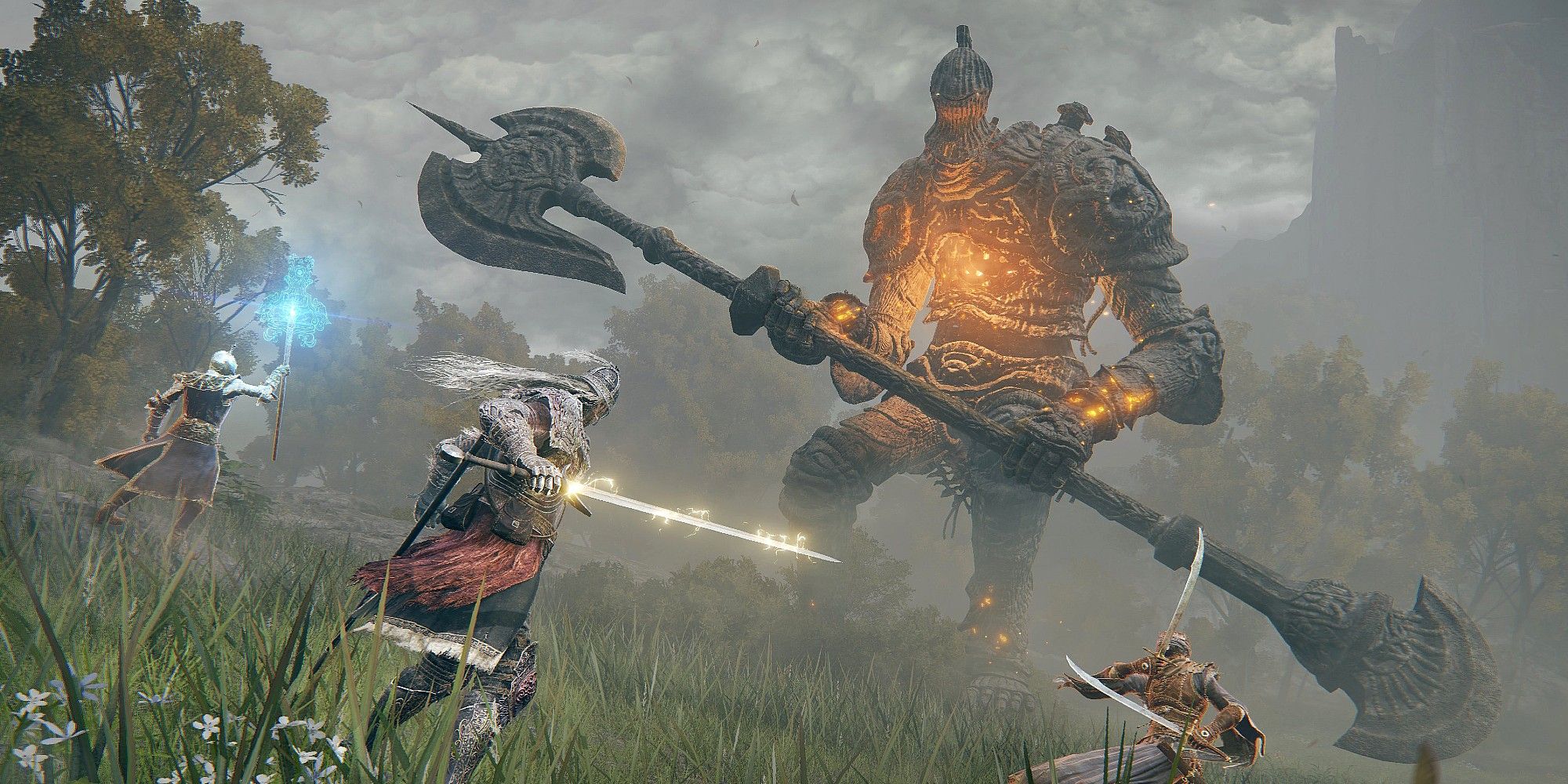 Kingdom Hearts: Should You Pick The Sword, Shield, Or Staff?