Of the smaller-scale dungeons in Elden Ring, the catacombs dotted around the Lands Between tend to be the most claustrophobic. Imps wait in hiding to pounce on you as you pass. Traps threaten to unfairly cut your delving short. Dead ends and hidden passages deny your progression. The Impaler’s Catacombs dungeon in the Weeping Peninsula is no different and many of its elements foreshadow mechanics found in later catacombs.

However, the tension of creeping through the catacombs adds to their fun and the rewards on offer are always worth the adventure. The Impaler’s Catacombs dungeon is no exception to this. Beating the boss here will reward you with the Demi-Human ashes, a good early-game ashes which summons five allies. 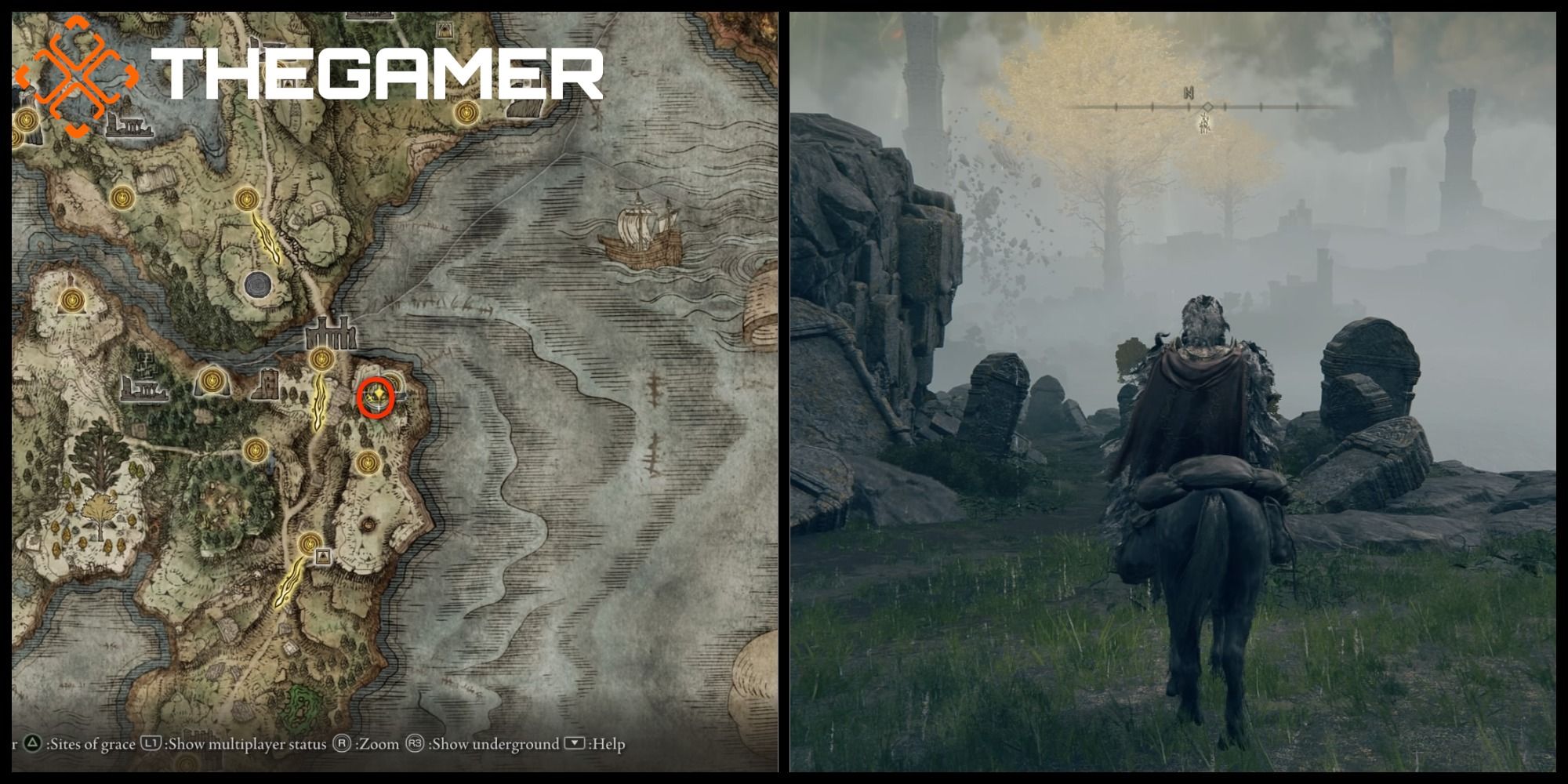 The Impaler Catacombs are located in the far northeast of the Weeping Peninsula. The entrance is fairly easy to find from both the Castle Morne Rampart site of grace and the Crater-Pocked Glade site of grace. From either grace, travel eastward until you hit the cliffs, then continue following them northwards until you see a slope dotted with gravestones. Follow this slope down and you’ll come to a door in the cliffside to the west. Through this door is the Impaler’s Catacombs grace. 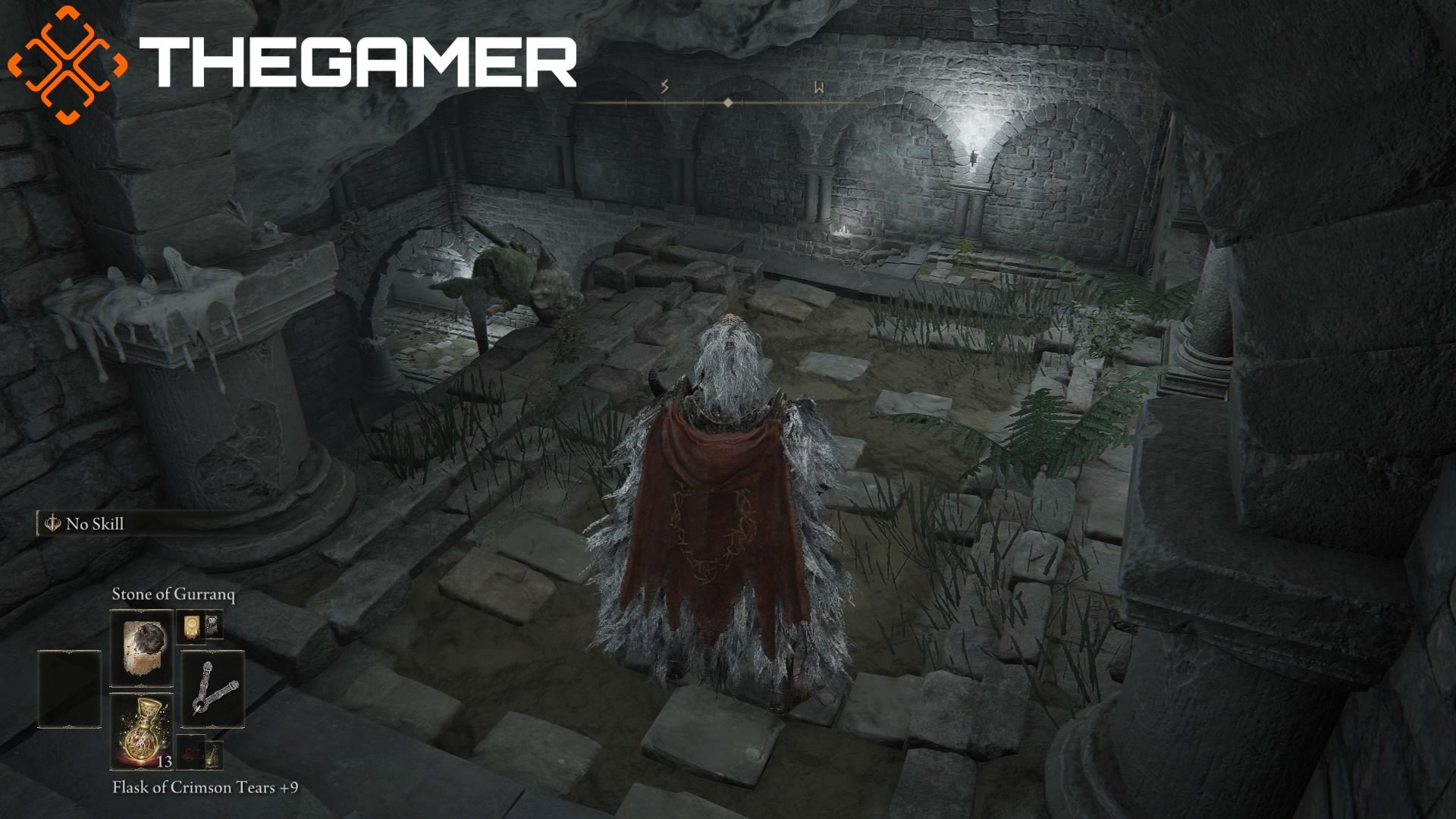 Down the stairs, you’ll come to a staircase next to a large pit. An imp will immediately clamber up the pit to ambush you, so be on your guard. At the midpoint of the staircase, you will find a Grave Violet. Another imp appears at the end of the staircase once you get halfway down. This imp will throw projectiles at you so, if you’re a melee fighter, close the distance before he finishes climbing. Be careful when fighting these imps not to fall into the pit, as you will die. At the end of the stair is the boss door, which needs to be opened with a lever found at the end of the dungeon. 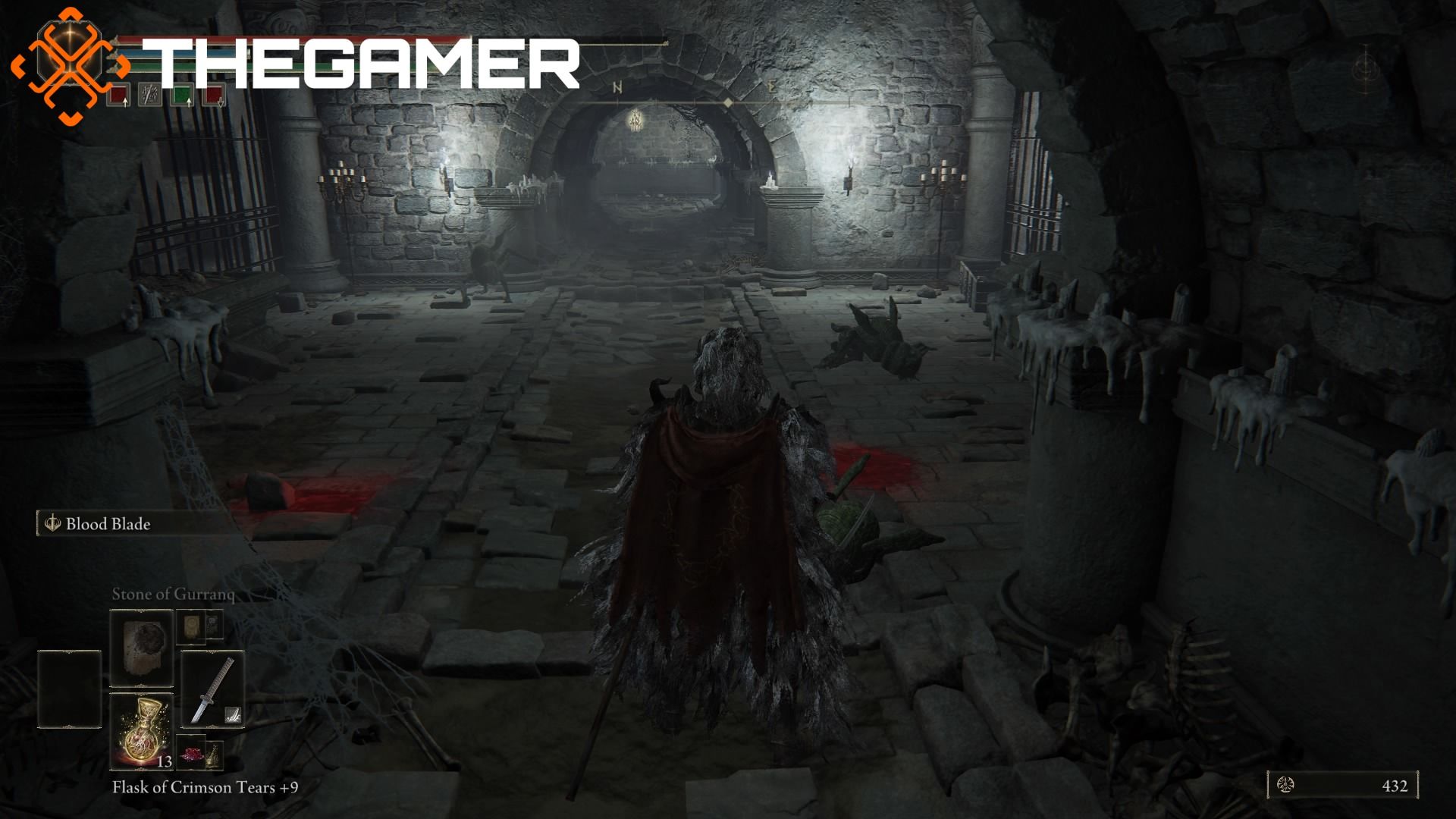 Continue down the corridor to the east. An imp will drop from the ceiling in the next room but do not rush to meet it. Another two imps are hiding in the room and will ambush you as you enter. Imps have strong bleeding attacks, so avoid being surrounded and try to fight them one at a time. After you’ve dispatched these imps, you will come to a corridor with passages leading both north and south. The north passage will lead you to a room with another imp who will ambush you from the right. This room is a dead-end and contains a Grave Glovewort [2]. Once you have this, turn back and head down the southern stairs. 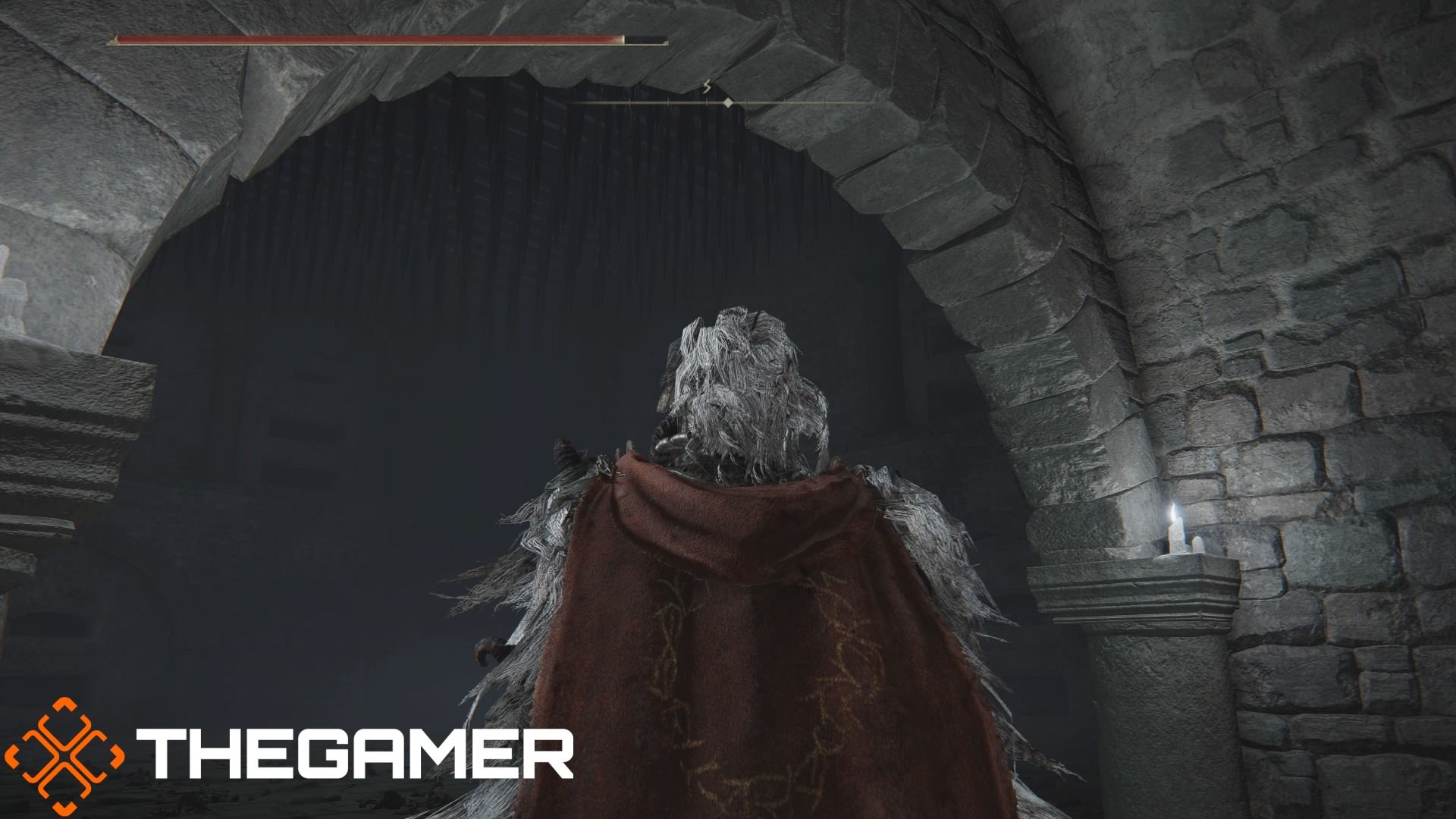 Down the stairs, you’ll come to a large empty room strewn with bones. If you look upwards, you will see spikes waiting for you on the ceiling. As soon as you enter the room, the floor will begin to rise to crush you against the spikes. Once the floor has risen above the door, it will not drop down again with the player on it and you will be stuck in the room. If you do get stuck in the trap room, run to the eastern wall. There is a ledge here that is safe to stand on and which contains a Grave Violet. Wait for the floor to start descending and run back to the entrance.

Getting To The Boss Lever

To get to the lever which unlocks the boss door, you do not have to cross the trap room at all. Instead, step into the room and then immediately step back. Once the platform rises, step forward and drop down beneath the floor. 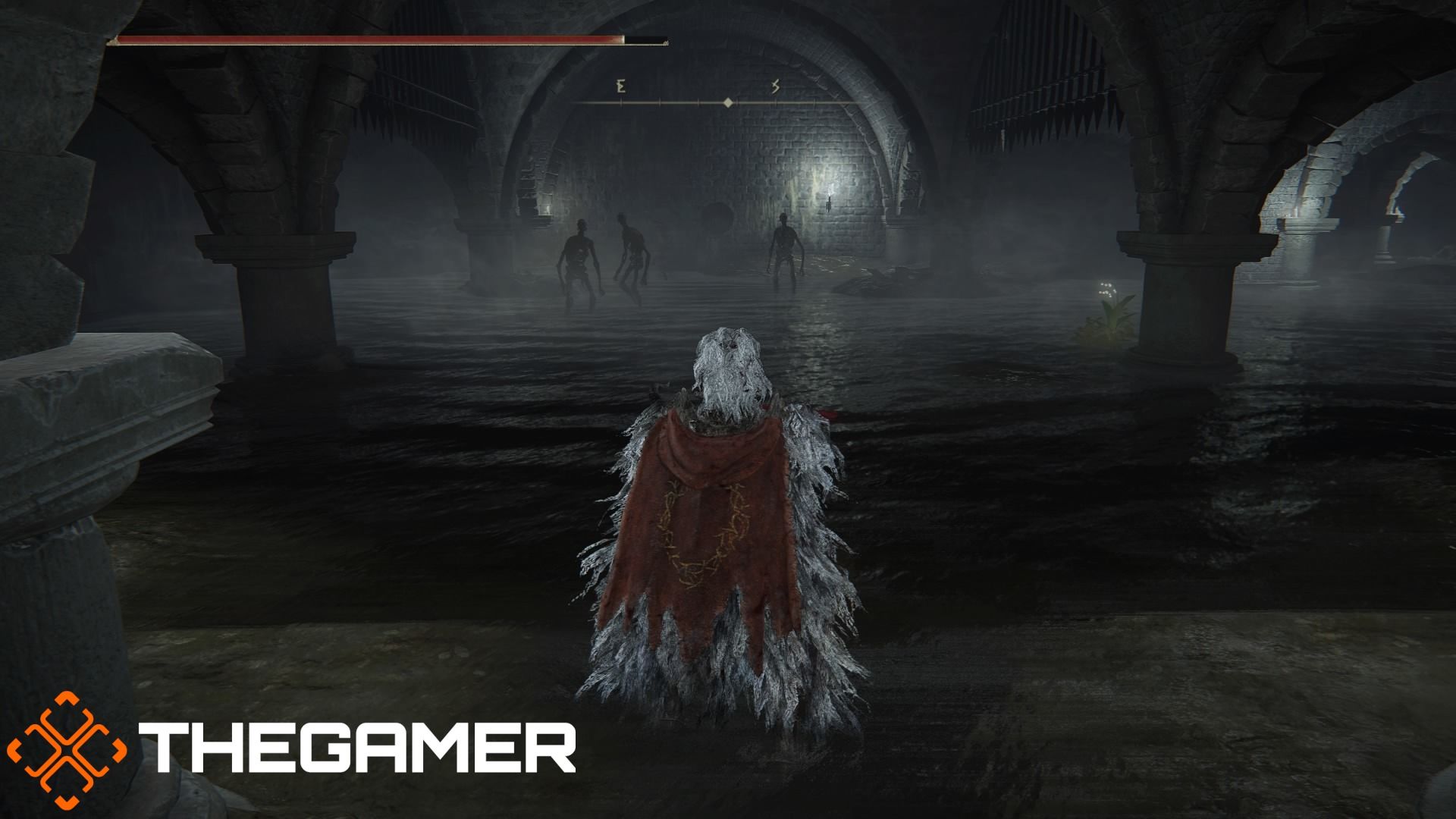 You will now be in a flooded chamber. Here you can pick another Grave Violet and a Ghost Glovewort [2]. Continue southwards towards the tunnel and you’ll come to a chamber filled with Putrid Corpses. Killing these enemies will cause replacements to rise from the water and attack you. Do not fight these enemies unless you want to spend some time farming runes. Their grab attack is fearsome, and they respawn infinitely. Instead, grab the Ghost Glovewort [2] in the chamber and run past them to the west. 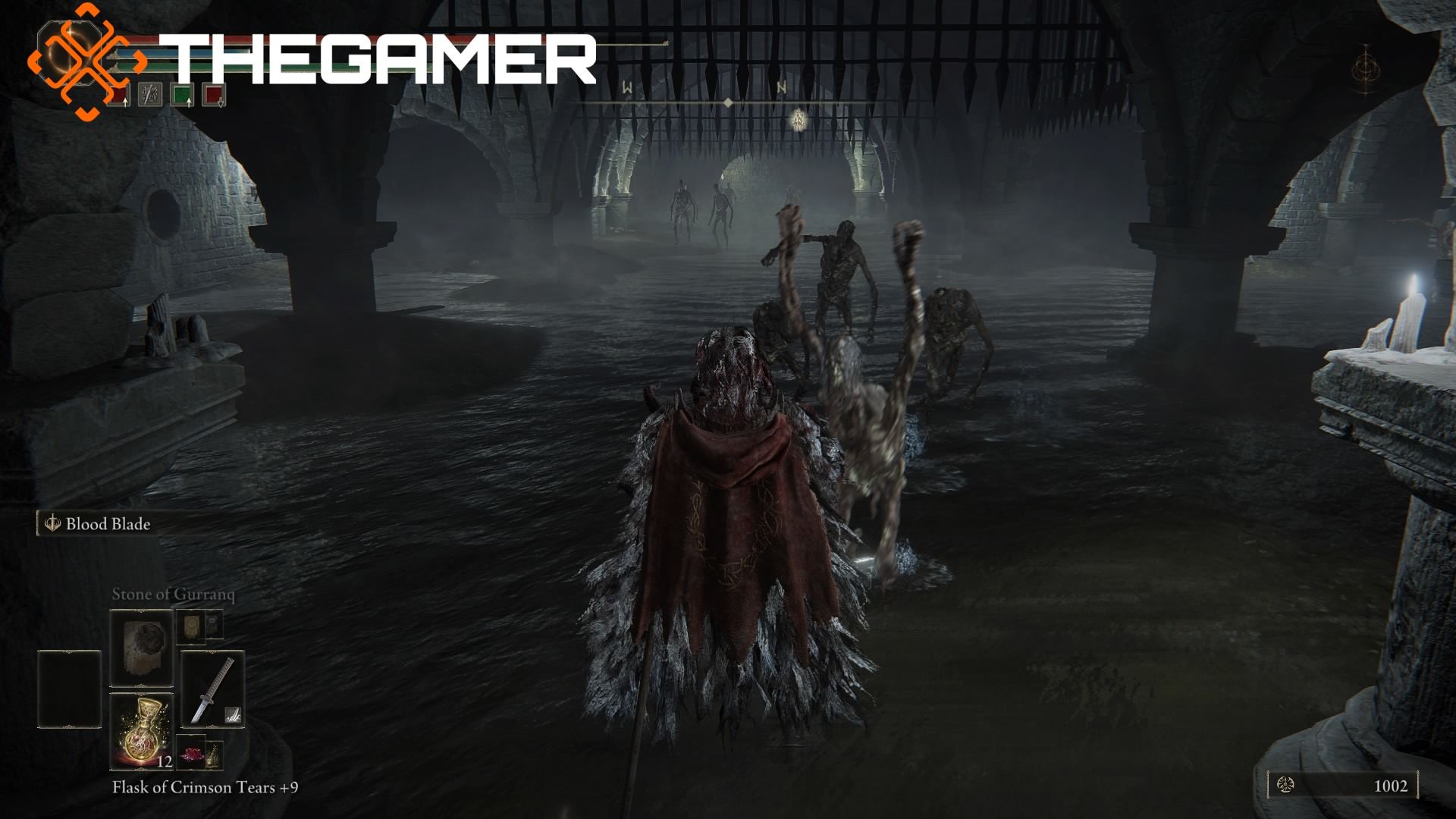 You will come to another chamber, where yet more bodies rise from the water. To the South, you can find the Prattling Plate “Please Help” on a corpse. Picking this up will cause more Putrid Corpses to appear. Run to the north until you come to a ladder at the end of the chamber. Climb up this ladder and you will find yourself at the boss lever. 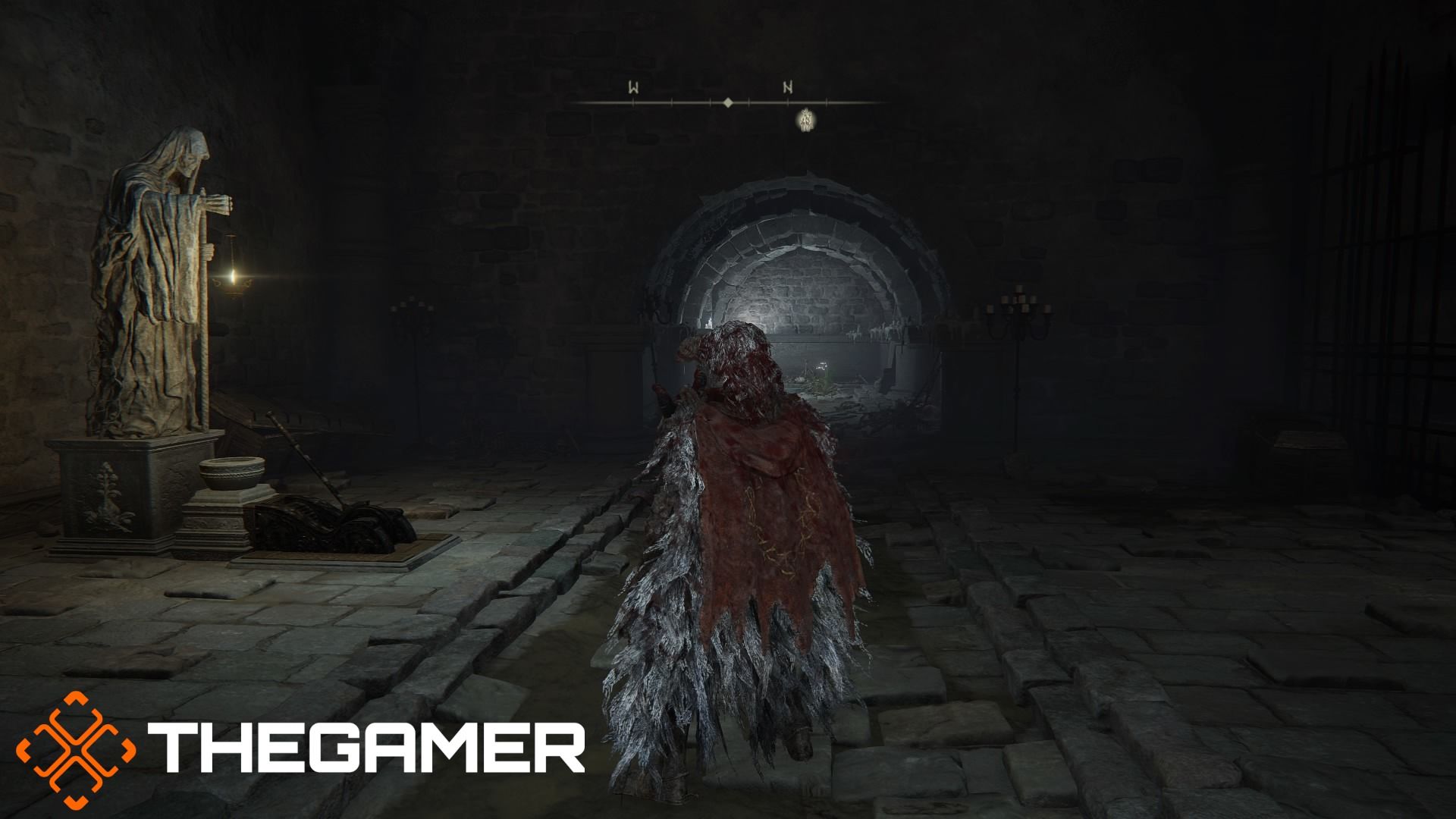 Make sure you pull the lever before continuing. The corridor ahead bends to the left and contains another Ghost Glovewort [2]. Be cautious in retrieving it as another imp will ambush you from the left as you walk forwards. 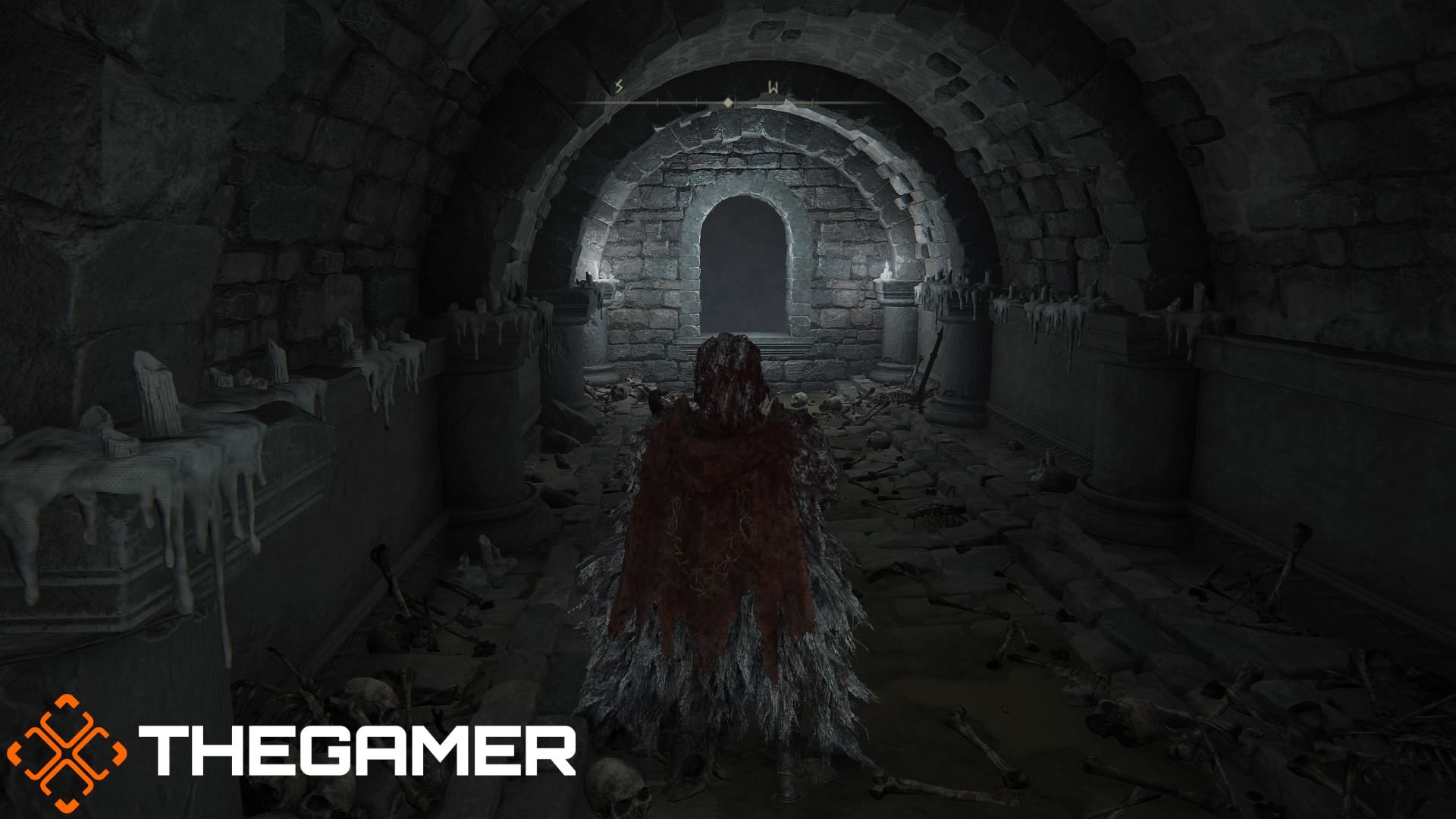 Climb through the window at the end of this corridor to arrive back at the start of the catacombs, outside the now-open boss door. If you need to replenish your flasks, head back up the stairs to your rear and rest at the catacombs’ grace. Be careful as you return to the boss, however, as the imps will have respawned and will climb the stairs to ambush you again.

The boss of the catacombs is an Erdtree Burial Watchdog. It is a hard-hitting enemy, but it is also slow and easy enough to dodge. The bigger threat in the boss fight comes from the imps who also spawn in the room. Deal with the imps first. If left unchecked, they will stagger you and leave you vulnerable to a large hit from the watchdog. They will also surround you and quickly make you hemorrhage with their bleed attacks.

Once the imps are gone, keep your distance from the slow-moving boss. If you are using a ranged build, pick away at the Watchdog while continuing to outpace him. If you are a melee fighter, avoid the boss’s slow attacks and wait for openings to move in and hit him. Both approaches benefit greatly from the use of summoning. Use a tanky spirit ashes to draw the Watchdog’s attention, then hit it with a heavy attack when you see an opening.

In return for felling the boss, you will receive the Demi-Human Ashes and 2400 runes.