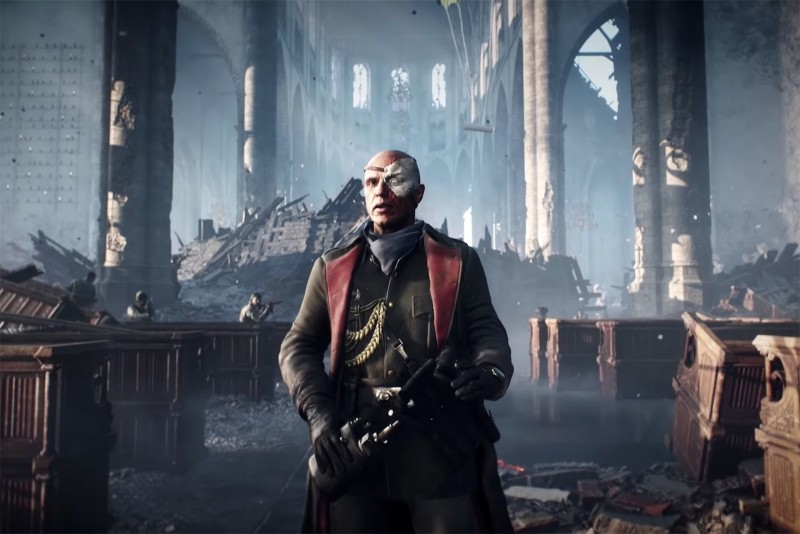 EA has been touting the weirdness of Battlefield V’s skins since the game’s announcement last year, much to the chagrin of those that say they would prefer historical accuracy. Though EA and DICE eventually backed off from how far they wanted to take it, skins are a still a pretty big part of the game in general. So when EA offered a skin of a villainous German soldier who seemed to bear all the media tropes of a fictional fantastical Nazi and also shared the name of a famous anti-Nazi resistance fighter.

First noticed by ArchaeoGames and then reported with more information by VICE News, one of the new German soldier skins seemed to be a Nazi character but bears the name Wilhelm Franke, a resistance member from Dresden in a Nazi-controlled Europe. Franke was arrested by the Gestapo, the official secret police of the Nazi government, and he and his family were killed in an allied bombing, so the poor coincidence of naming isn’t great.

After VICE posted a story on it, EA quickly noticed and promised to change the name. In response to VICE’s commentary that it is strange to sell Nazis, EA also wanted to clarify that the German soldiers in the World War II game nor any of the skins are Nazis. This is despite the Wilhelm character wearing an Iron Cross.

“The aforementioned Elite, Wilhelm Franke, whose name we’re changing is not a Nazi, but a German solider similar to ones we already have in the game,” EA told VICE. “In Battlefield V, we’re not making any political statements in relation to the real life events of WW2 and there are no swastikas in the game.”