Pokemon has a storied history of monster designs inspired by real-world creatures, including suitably scary moths and beautiful butterflies. Pokemon Scarlet & Violet add to the list with a couple of unique designs to spice things up among their fellow flying insects.

While many trainers excitedly comb through each new generation's Pokedex in search of the next best rodent to succeed Pikachu, some prefer to pinpoint the newest addition to their butterfly and moth conservatory. Series creator Satoshi Tajiri is likely among those trainers, as his real-life bug collecting sparked Pokemon's very creation. Whether you're in it for the best butterfly Pokemon or the most mischievous-looking moths, there are some superb choices among newcomers and old favorites. 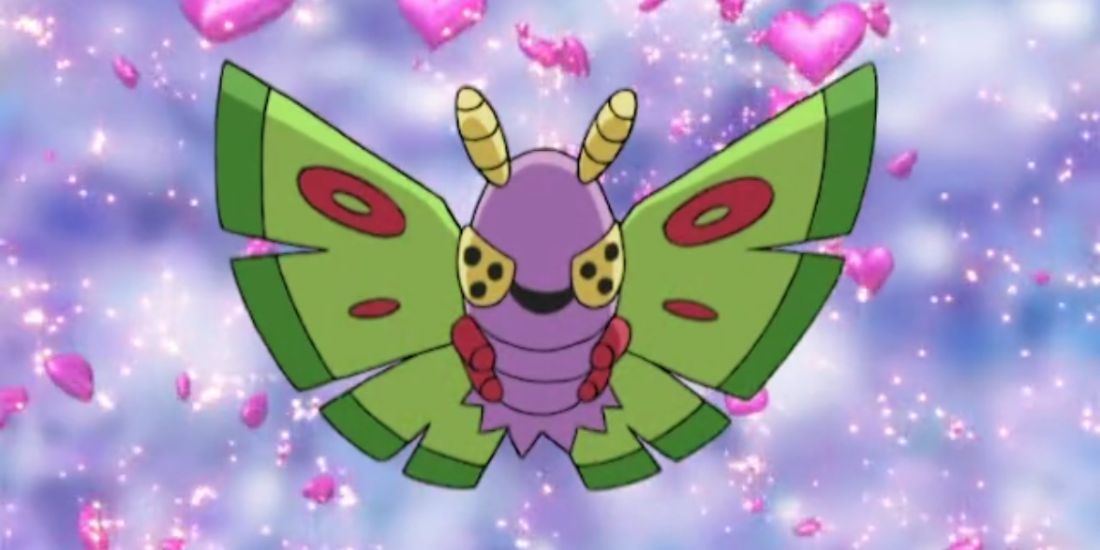 Dustox is something of a landmark Pokemon, as its pre-evolved form, Cascoon, ushered in split evolutions during their introduction in the Hoenn region. Unfortunately for Dustox, it got the short end of the stick in the beauty department. Just look at those eyes; they're horrifying.

Its shiny form gives it more of a typical moth's appearance, with darker brown tones replacing the green on its wings. While it's more fitting, the shiny is definitely a downgrade and falls into the "why aren't these designs switched?" category of shiny. Moth Pokemon have so much more to offer. 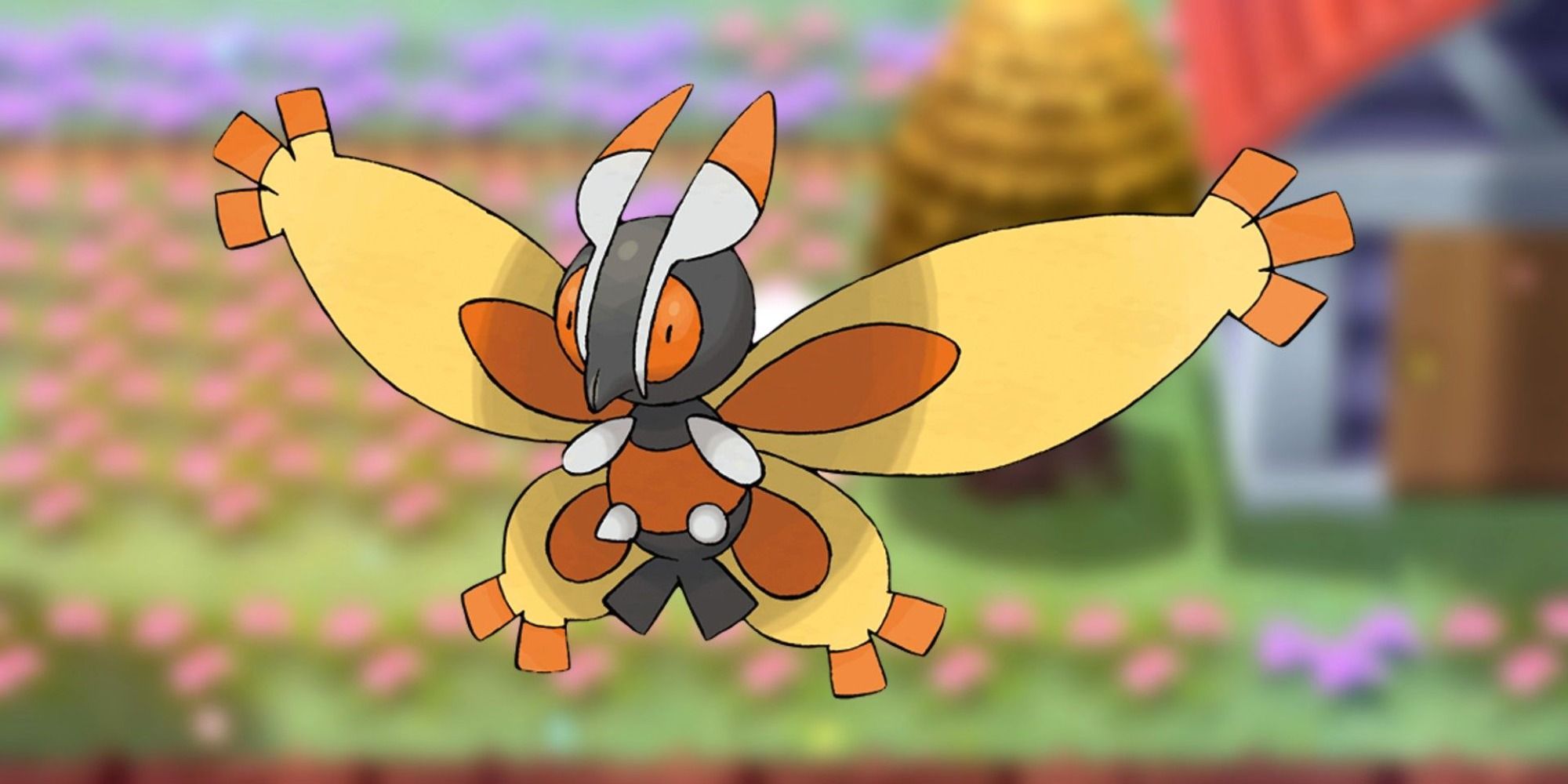 Much like its cousin Dustox, Mothim carries on the tradition of being a part of a split evolution line with Wormadon. However, unlike Dustox, Mothim might actually be the better design of the two evolution choices, as its yellow and orange wings actually give it a warm radiance.

As a further insult to Dustox, Mothim's base form trades an already decent coloring for a brilliant blue and yellow shiny design that makes its wings pop. Mothim is everything that Dustox wishes it could be — and just to rub salt in the wound even has a Base Stat Total (BST) that's 40 points higher. Poor, poor Dustox. 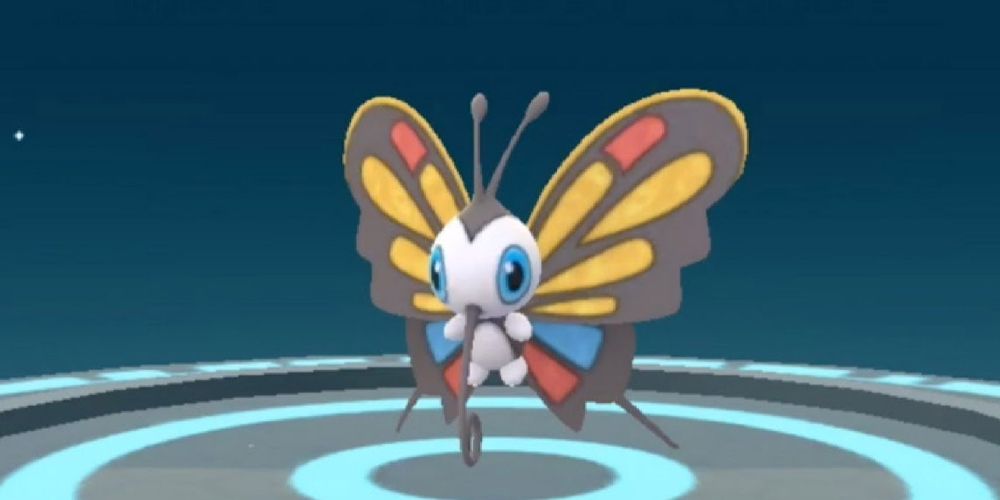 Beautifly is the second option of Hoenn's split evolution line, evolving from Silcoon at level ten and thoroughly exceeding Dustox. They do share a BST, so the comparison isn't entirely one-sided. This shared BST only applied until Generation Six, when Beautifly got a buff and an overall BST increase of ten. Dustox just cannot catch a break.

Beautifly's Bug and Flying typing gives it a dangerous quadruple weakness to Rock-type, but this butterfly isn't meant to be the strongest butterfly Pokemon. Rather, as its name suggests, Beautifly is simply gorgeous to behold — with wings that feature red, yellow, and blue spotting that work in perfect harmony. 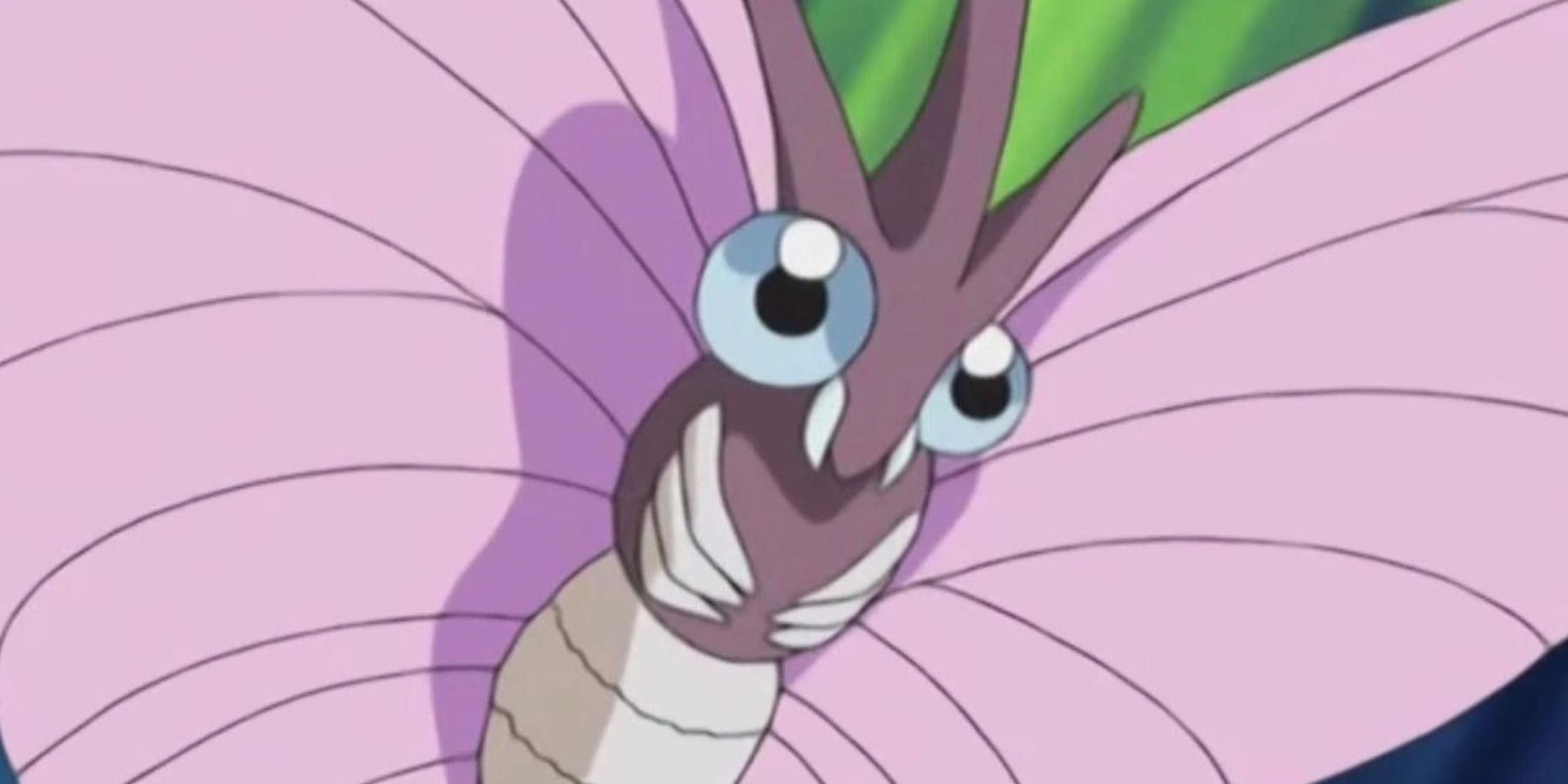 Sometimes less really is more, as Venomoth's simple primarily purple color scheme works so well, easily placing it among the best moth Pokemon in the series. Its abdomen and legs are a sort of off-white that complements the darker shade of purple on its thorax.

Despite its unsettling, bulging eyes, Venomoth is actually cute, as the simple, lightly shaded wing design feels strangely welcoming. If you're thinking of using Venomoth in battle, it should hold up decently well, boasting a solid 450 BST highlighted by a very respectable 90 in Special Attack and Speed. 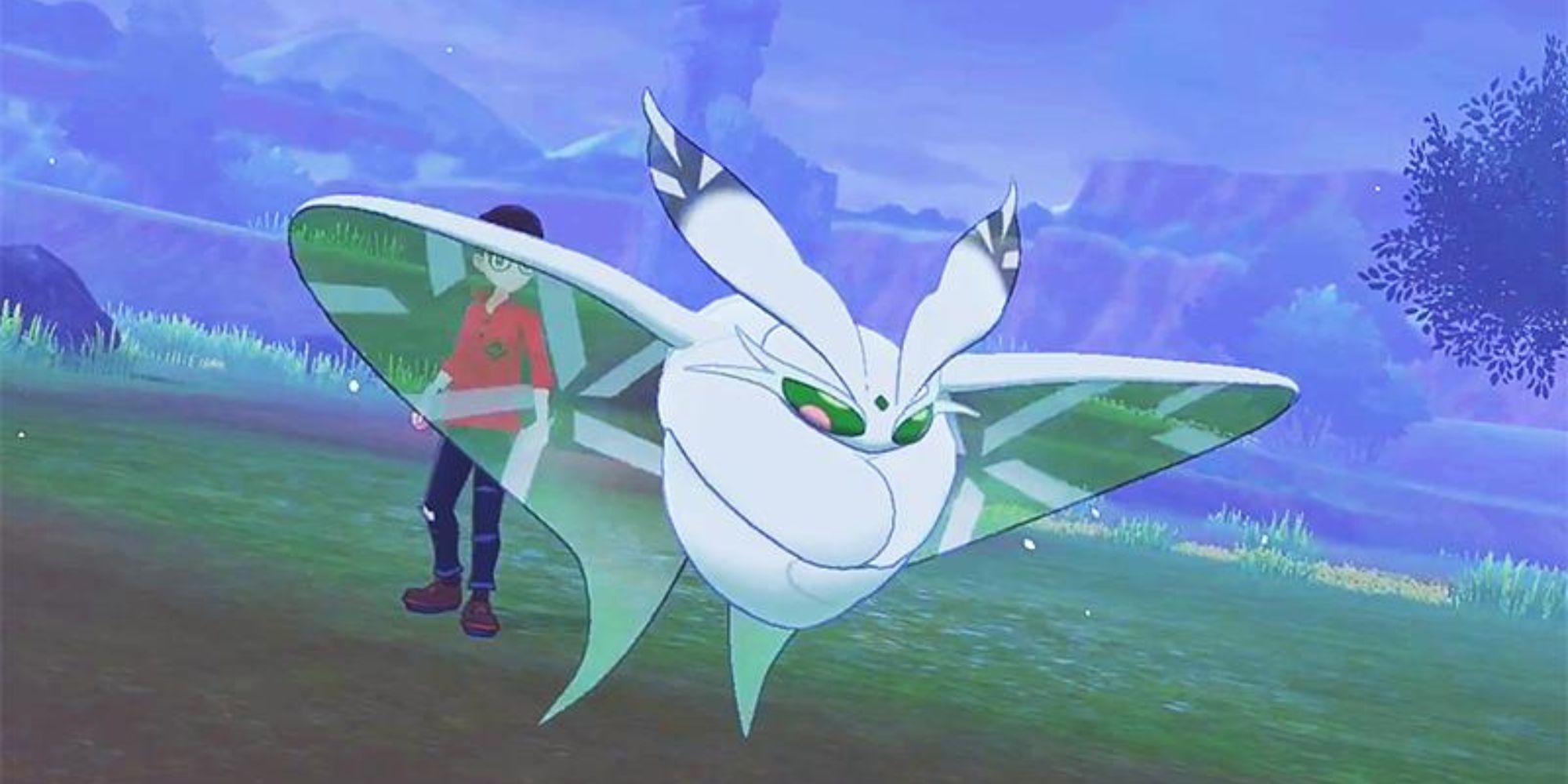 Frosmoth offers a unique take on what it means to be the best moth Pokemon as it boasts one of the highest BSTs of any moth or butterfly Pokemon at a solid 475. It surpasses even Venomoth with 125 Special Attack, enabling it to take advantage of its powerful Bug and Ice-type moves like Bug Buzz and Blizzard.

Unfortunately for Frosmoth, its typing makes it extremely susceptible to both Fire and Rock-type attacks, with a quadruple weakness to each. Despite this vulnerability, there's simply no touching its superb design as the regal white body pairs well with its translucent wings. It combines beauty and grace typically not associated with moths, giving it an excellent amalgamation of butterfly and moth motifs. 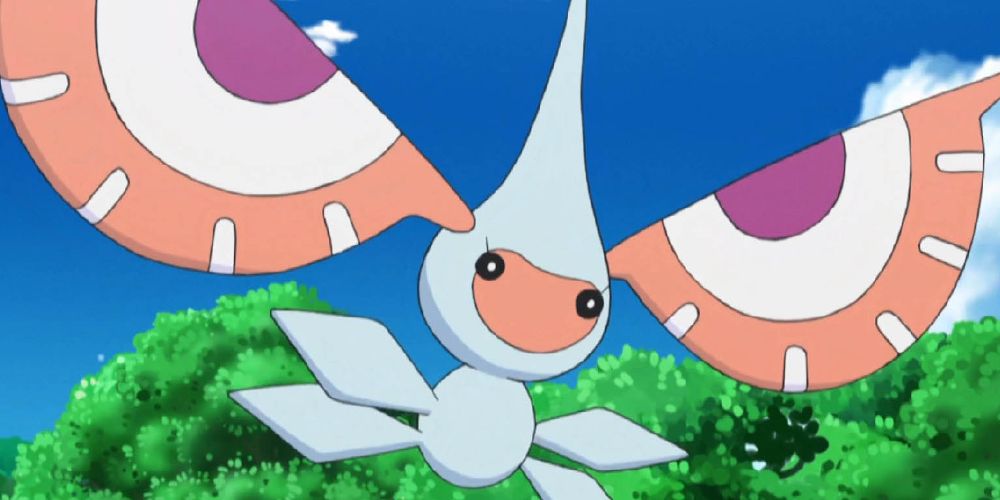 Masquerain captures the crown for the best moth or butterfly Pokemon in Generation Three, surpassing both Dustox and Beautifly in design and battle prowess. Masquerain is officially based on a moth, with dark half-circle spots on its wings intended to ward off predators by appearing to be a set of eyes.

Masquerain gained an improved BST starting in Generation Seven with a 454 total headlined by a solid 100 Special Attack. It has even seen some competitive uses in niche teams that make use of its access to Stun Spore, Air Slash, and Quiver Dance to set up on unsuspecting opponents. Visually, Masquerain is far from intimidating, which works in its favor; who really expects to get swept by one of these adorable creatures? 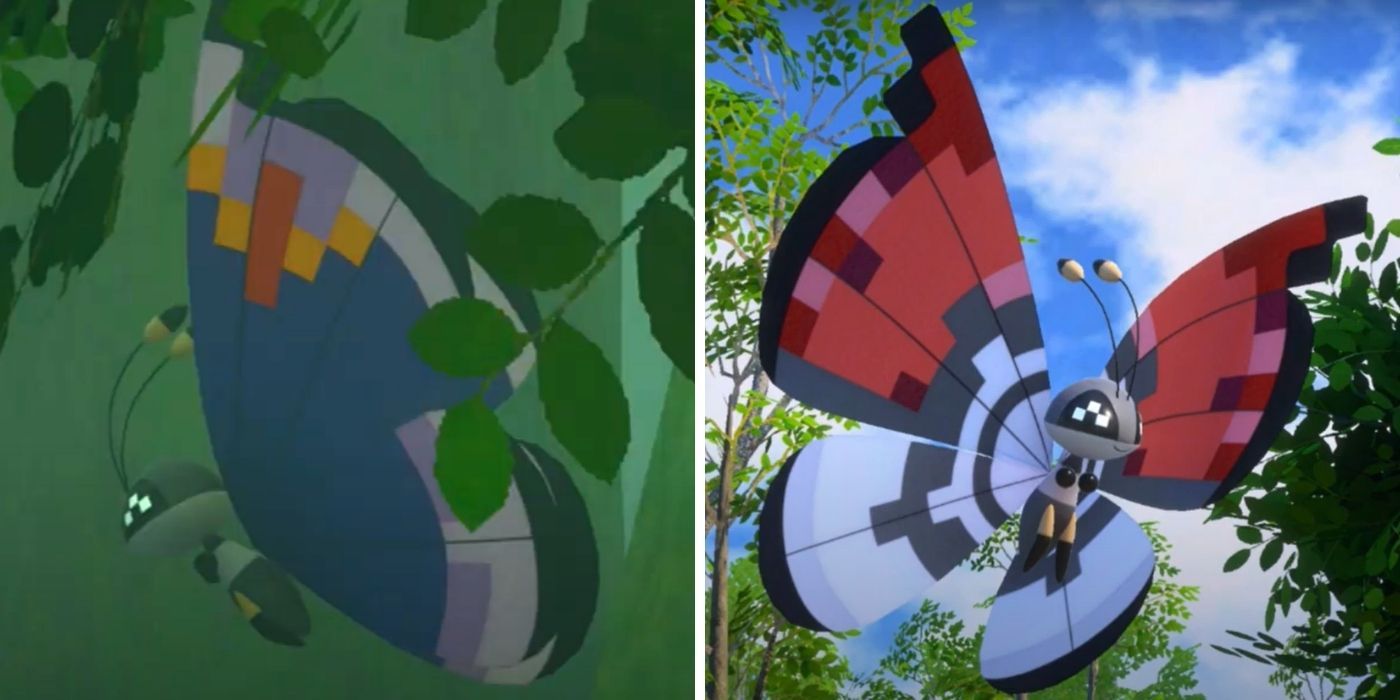 Speaking of adorable creatures, Vivillon is a magnificently designed butterfly with 20 unique patterns to collect, though one of them was exclusive to a limited-time event. Released in Generation Six, Vivillon pays homage to Kalos' French roots as its name is a play on the word papillon, meaning butterfly.

Expanding upon the idea of split forms introduced in Hoenn, Vivillon was clearly designed with collectors in mind, as its many forms allow trainers to construct their very own butterfly garden filled with its variety of gorgeous forms. Vivillon has a form for every occasion and every taste, not to mention a decent 411 BST if you can't resist using it in battle. 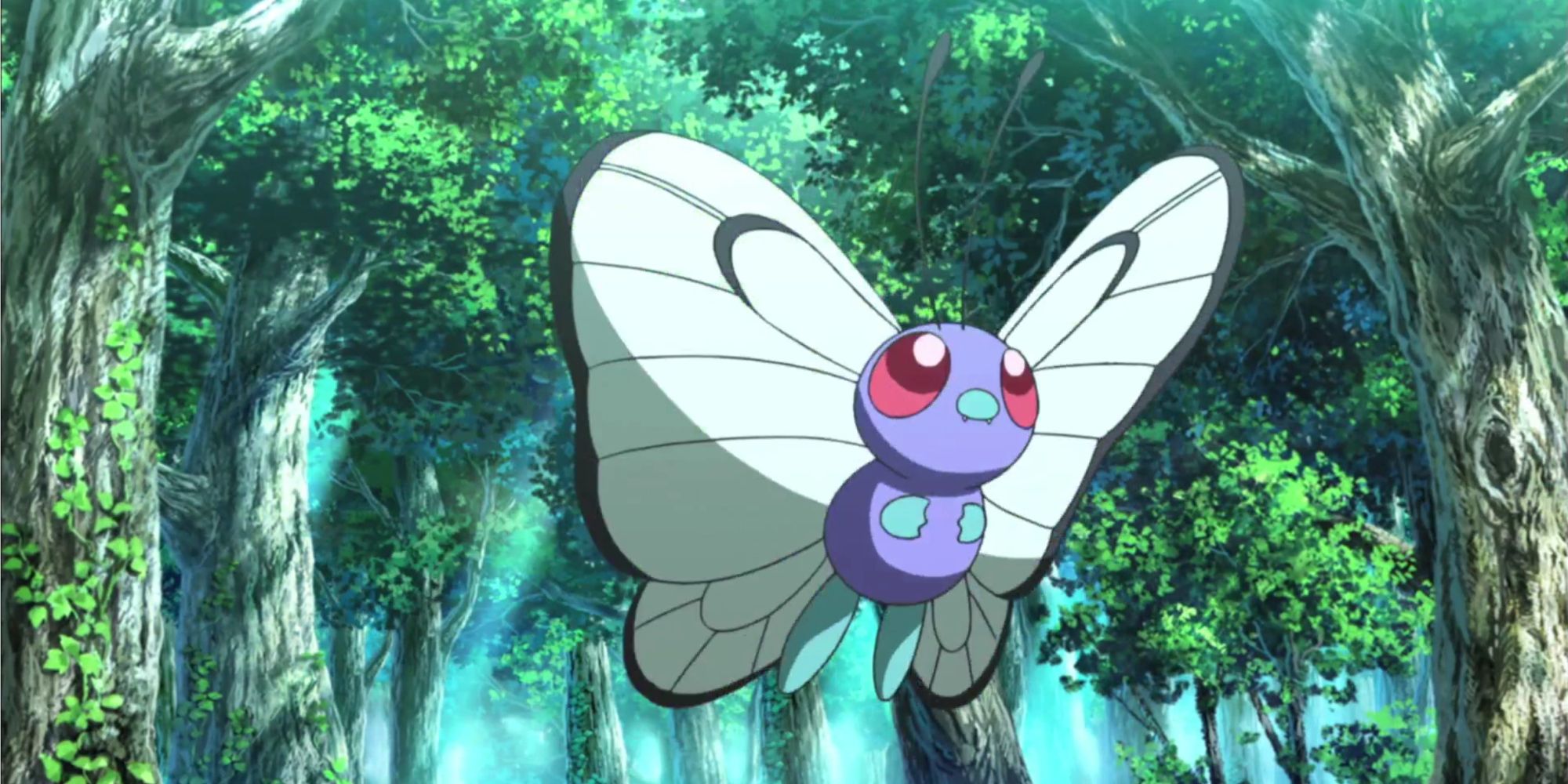 Just catching a glimpse of Butterfree in the anime brings a rush of nostalgia, and the desire to return to Kanto bubbles yet again. Butterfree has improved over the years, securing a slight BST buff to a 395 total, in addition to gaining a fabulous Gigantamax form that makes a case for the most beautifully designed form in Galar.

In addition to its recent improvements, who could ever forget that breathtaking unique form that stole our hearts in the Pokemon anime? That perfect pink takes Butterfree's design to the next level. Sadly, its in-game shiny form only has pink legs instead of the entire body turning pink like in the show. If there's one knock against Butterfree, it's the underwhelming shiny. All-pink Butterfree when, Game Freak? 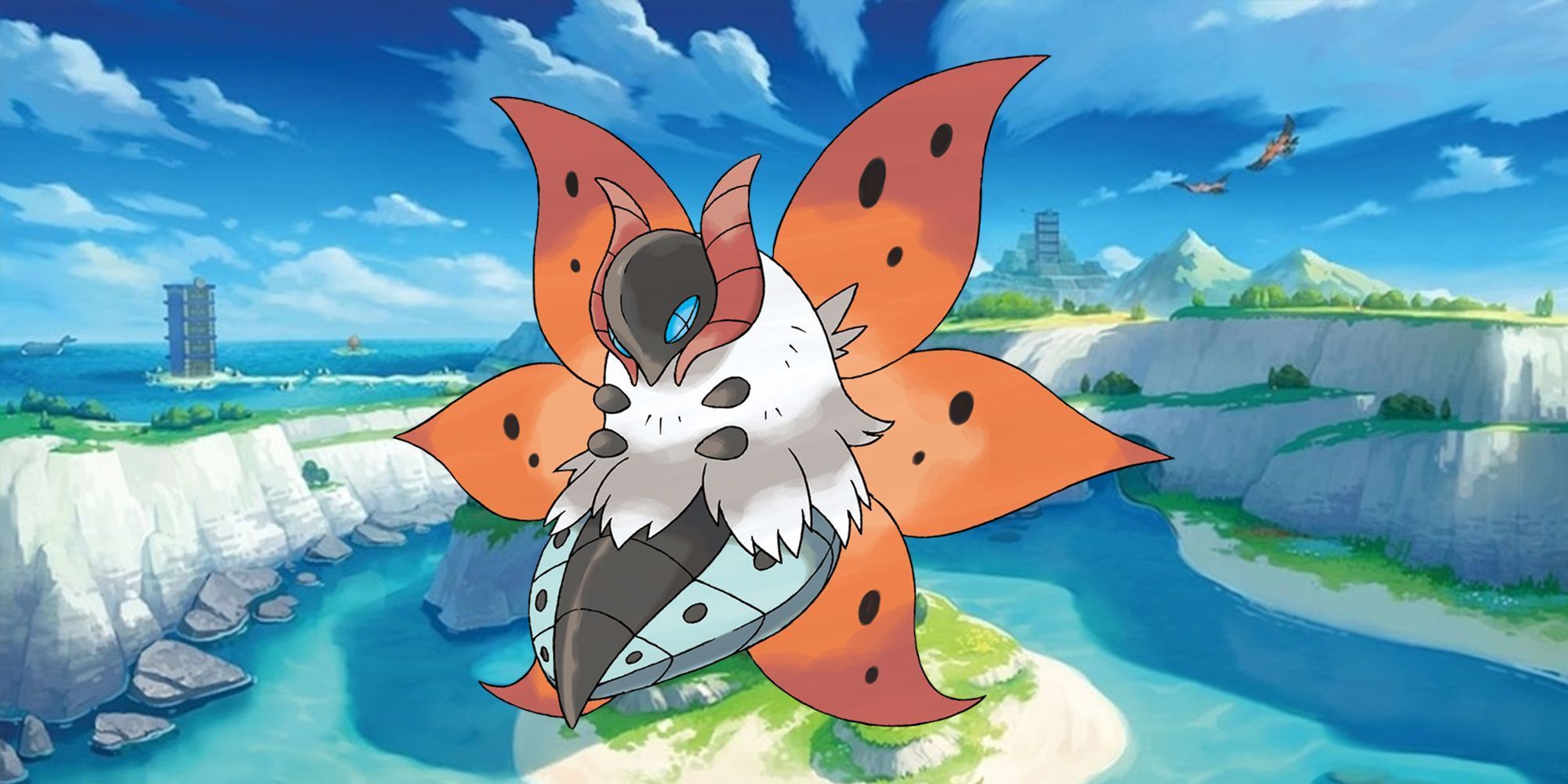 In its native Unova, Volcarona is incredibly scarce, perhaps even matching legendaries in rarity. You can only encounter a single Volcarona in Pokemon Black & White and it can only be evolved from Larvesta in Generation Six once it reaches level 59. Thankfully, Volcarona's strength makes it well worth hunting down, including a versatile Bug and Fire typing.

Volcarona's 550 BST is fantastic and with Special Attack, Special Defense, and Speed all over 100, this Pokemon has earned plenty of usage in the competitive scene. Volcarona is somewhere between a butterfly and a moth, but offers elements from each insect that makes its design all its own. It even boasts a decent shiny form that adds a purple abdomen to complement dark yellow wings. 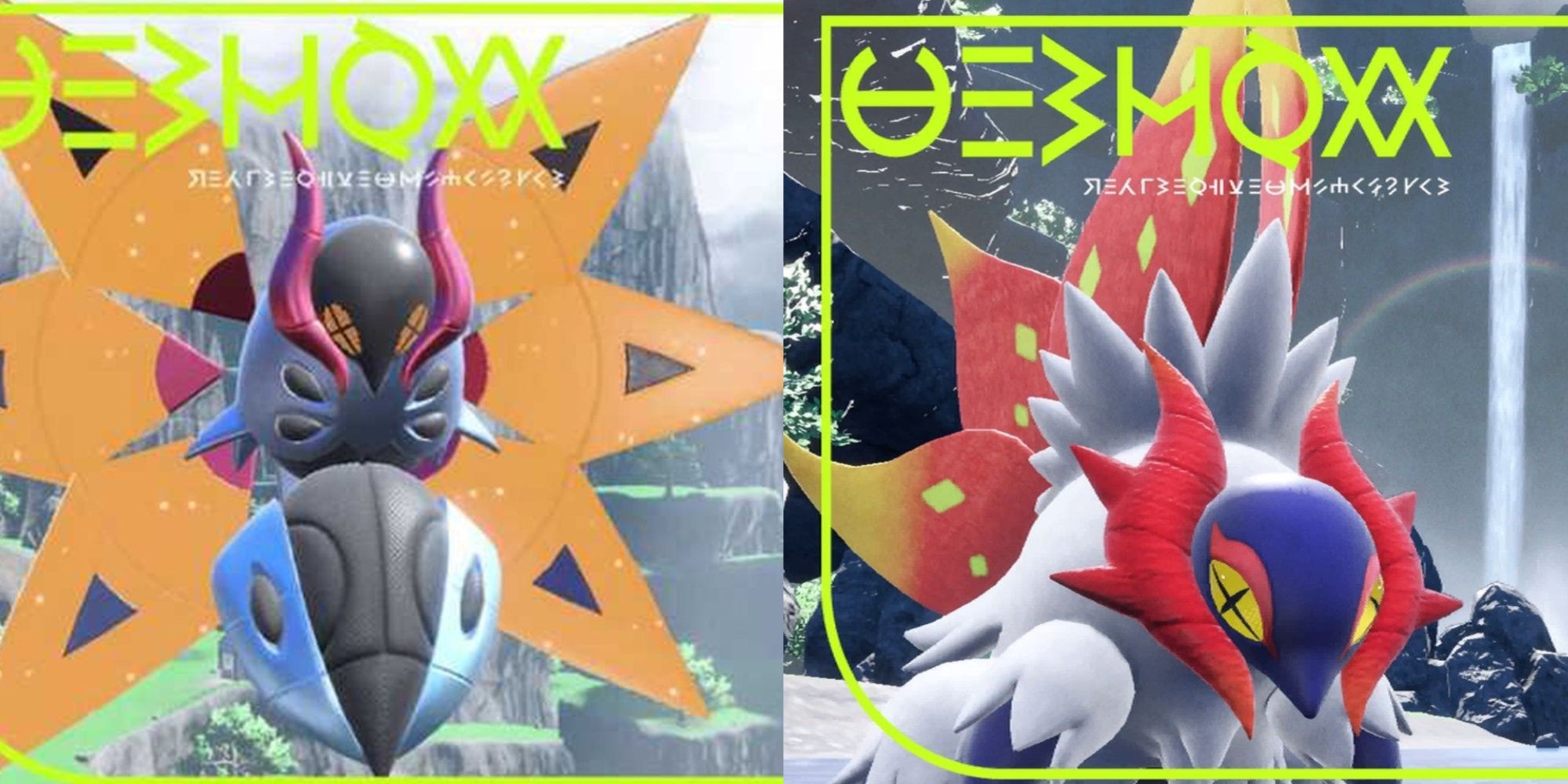 Buy An Xbox Series X For $300 At GameStop–Here's How