Dynasty Warriors has long been a well-known name in the hack-and-slash community. Created by Koei with its first installment in 1997, it continues on to this day with a tenth main title on the way and no signs of laying the franchise to rest. An astounding feat, considering it's been telling the same story for the last twenty or so years with the same characters.

But that, in part, is Dynasty Warriors' exact charm. We've all grown attached to the clans, attached to the characters; have watched the same victories, experiences the same losses, and have learned the same histories multiple times on end, yet we still willingly play on with each new title under its name released. Hits-and-misses; successes, this is the rank of the main games in the series we've loved the most and loved the least. 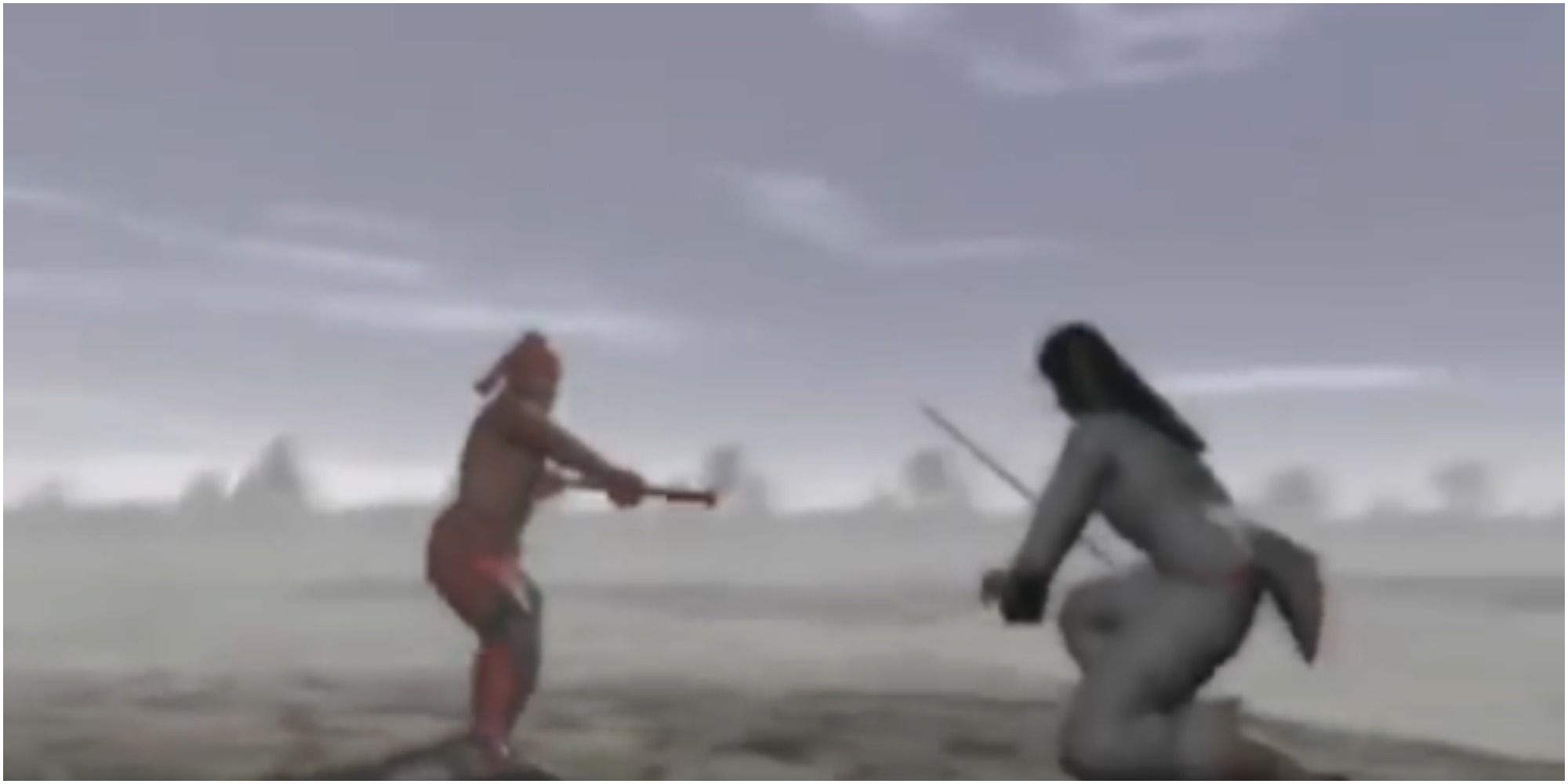 It's not because it's the first or because we were blessed with the marvelous graphics of the Playstation. Dynasty Warriors 1 ranks the lowest on this list actually because of its standard fighting concept. Player versus player games were popular during the time of its release; Koei hopped right on the bandwagon with interest and dropped a neat idea – famous historical leaders and warriors meeting one another in combat.

There wasn't any particular plot in this game, and there wasn't character development or characters and factions to grow attached to. You idly enjoyed beating your opponent up as you would in Tekken or Street Fighter. This simple joy of its simplicity, however, was really no different from any other versus game, so in comparison to the sequels in the franchise that would spin Dynasty Warriors in a new direction altogether, it seats itself securely at the lowest rung of the series' great ladder. 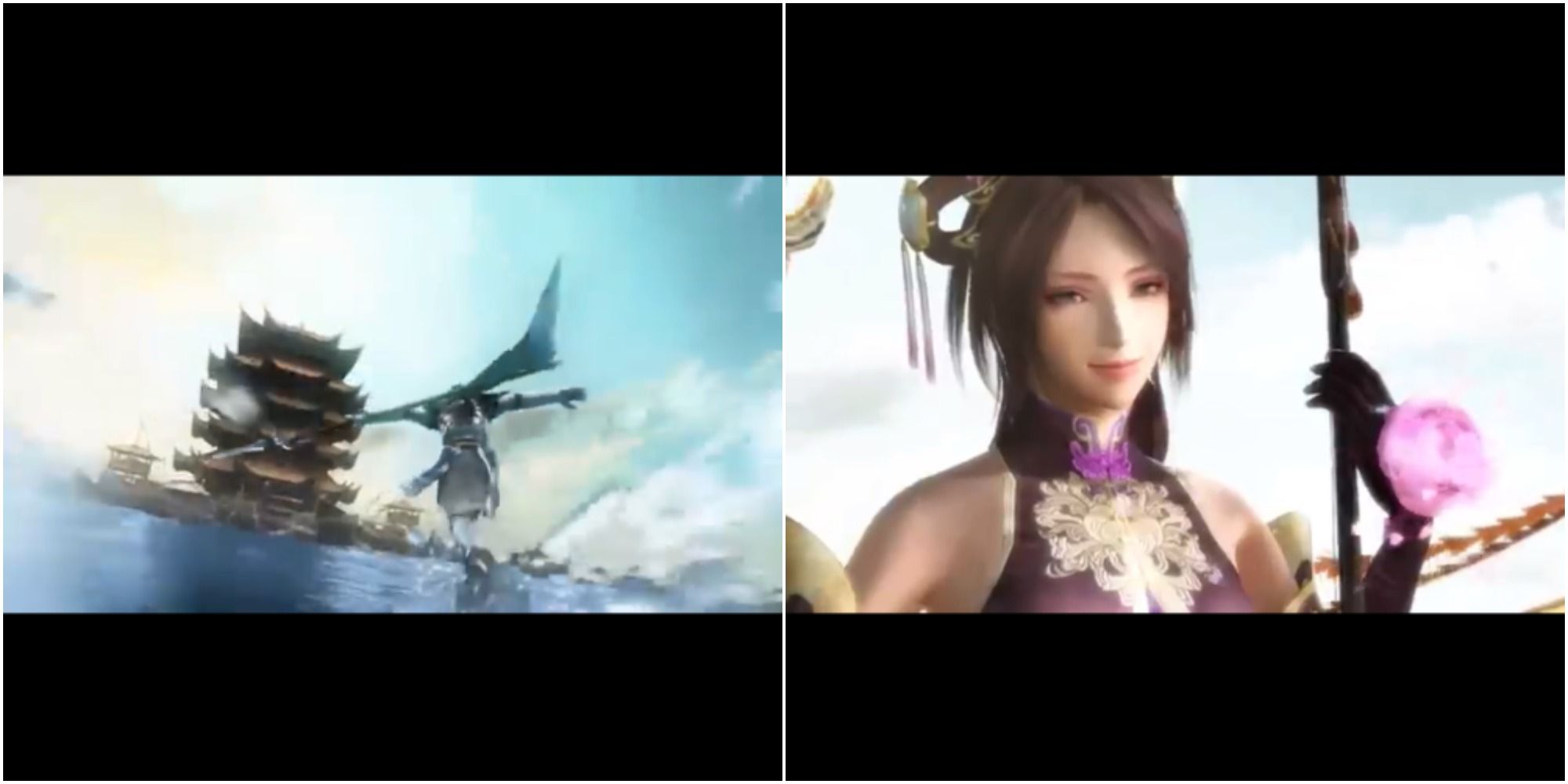 Zhao Yun and the rest of the ensemble might have had some of their best looks in this installment, but for all the gorgeousness of the cutscenes, graphics, and maps, much else fell short. This isn't to say the game was bad. Perhaps expectations were too high after the very loved Dynasty Warriors 4 and 5, and memorable Dynasty Warriors 3 – the game where the foundations of the franchise truly blossomed and thrived.

The armor and gear appeared overly fantastical for the warring era, iconic weapons special for individuals such as Sun Shang Xiang's twin razor blades and many others were all replaced by the same standard bows, spears, chain whips, and swords with the exact same move sets. The individuality of each character in terms of gameplay disappeared entirely. Some officers were removed from the game completely without reason like Ling Tong, Zhu Rong, and Xing Cai. At times, even the hordes of enemies were almost too large, overcrowding sections of the map in spillage. 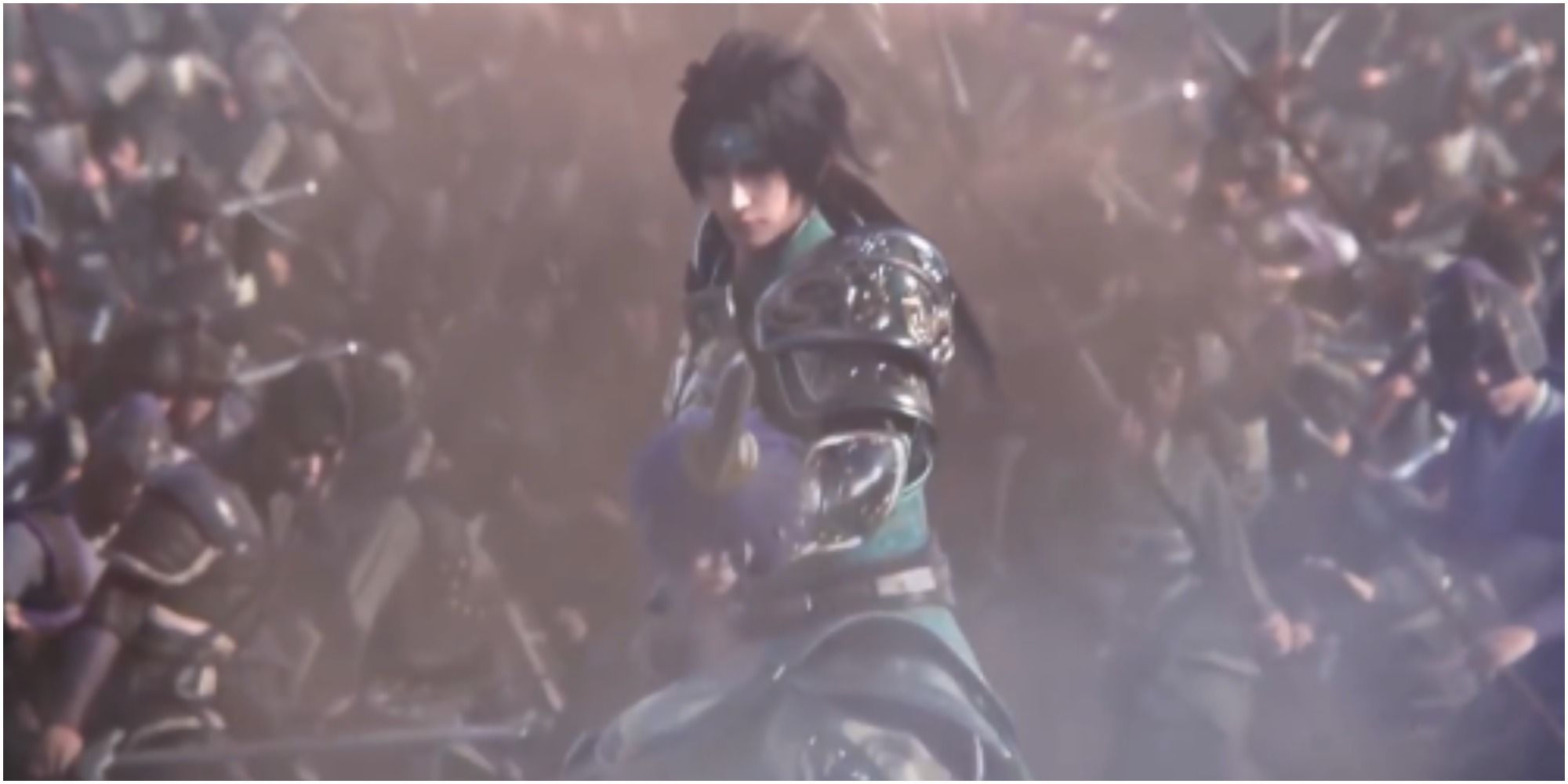 Dynasty Warriors 9 is the source of split opinions and discourse. The cutscenes are stunningly done and the character designs were elevated without being over the top. It even sought to bring us an open world. However, it's nothing like the Dynasty Warriors once known.

Missions to carry out on the side, items to craft, crops to farm, hunting to be done – the sound of it alone is a severe deviation from any standard hack-and-slash where we're put on a map, pointed towards an enemy, and told to wipe them out. Unfortunately, the stories in this particular title felt lackluster; the gameplay felt as if there were no stakes; that we were playing along, following a story with outcomes of the battles already set in stone. As such, its favor among long-time fans of this series is low. 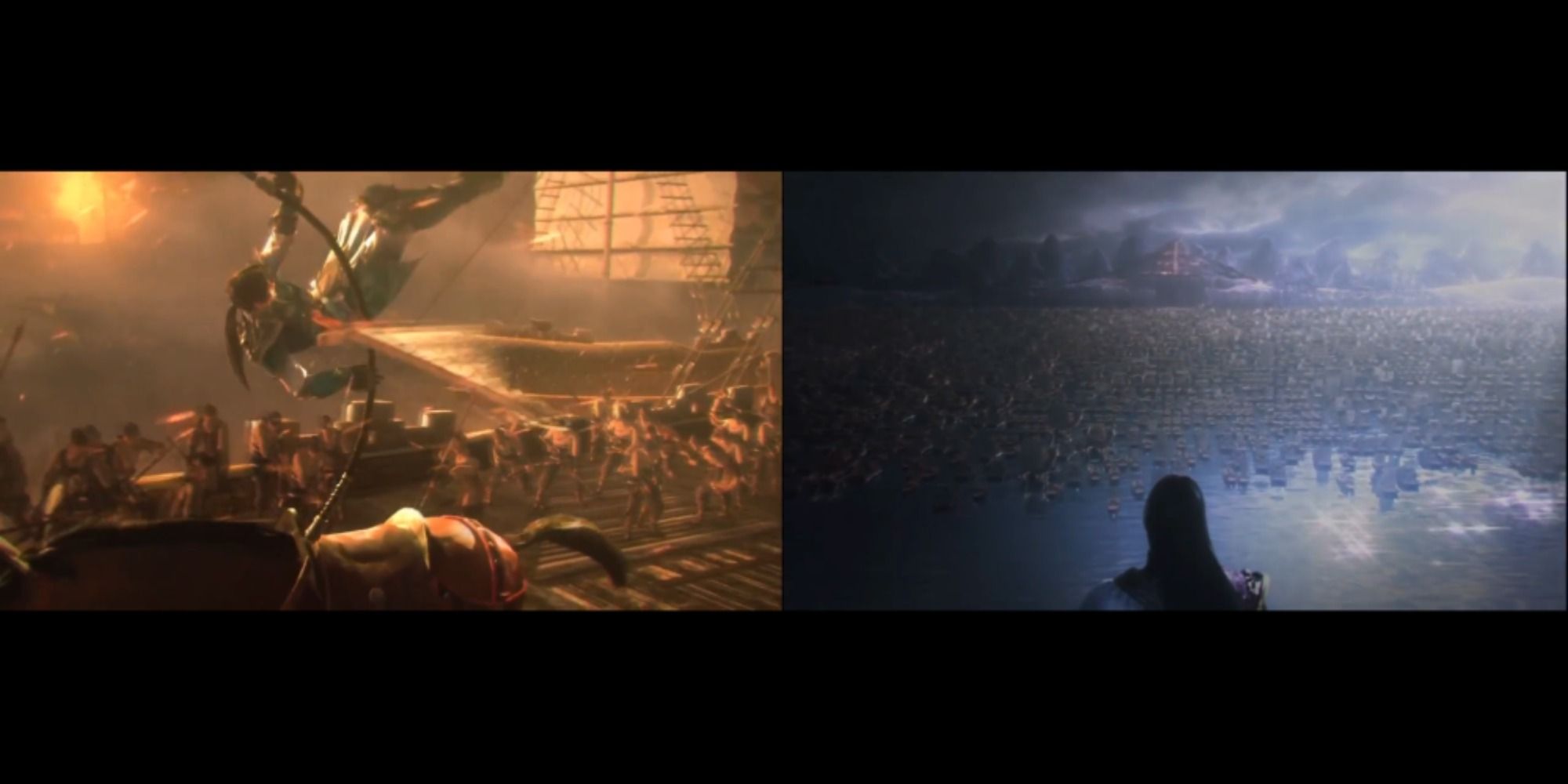 The music in this game took on a different tone – that of an orchestra, somber and robust and grand, and the graphics were awesome for the time. Koei also gave us two story mode branches for each clan to follow: historical and hypothetical. The unique content in the hypothetical storylines added choices that resulted in drastic changes in scenarios or character deaths.

It was a change in a different way from the games before it, and enjoyable to see that sort of creative direction. But while it was unique in this area, it was vastly unchanged from Dynasty Warriors 7 and made it a game a number of players never bought. 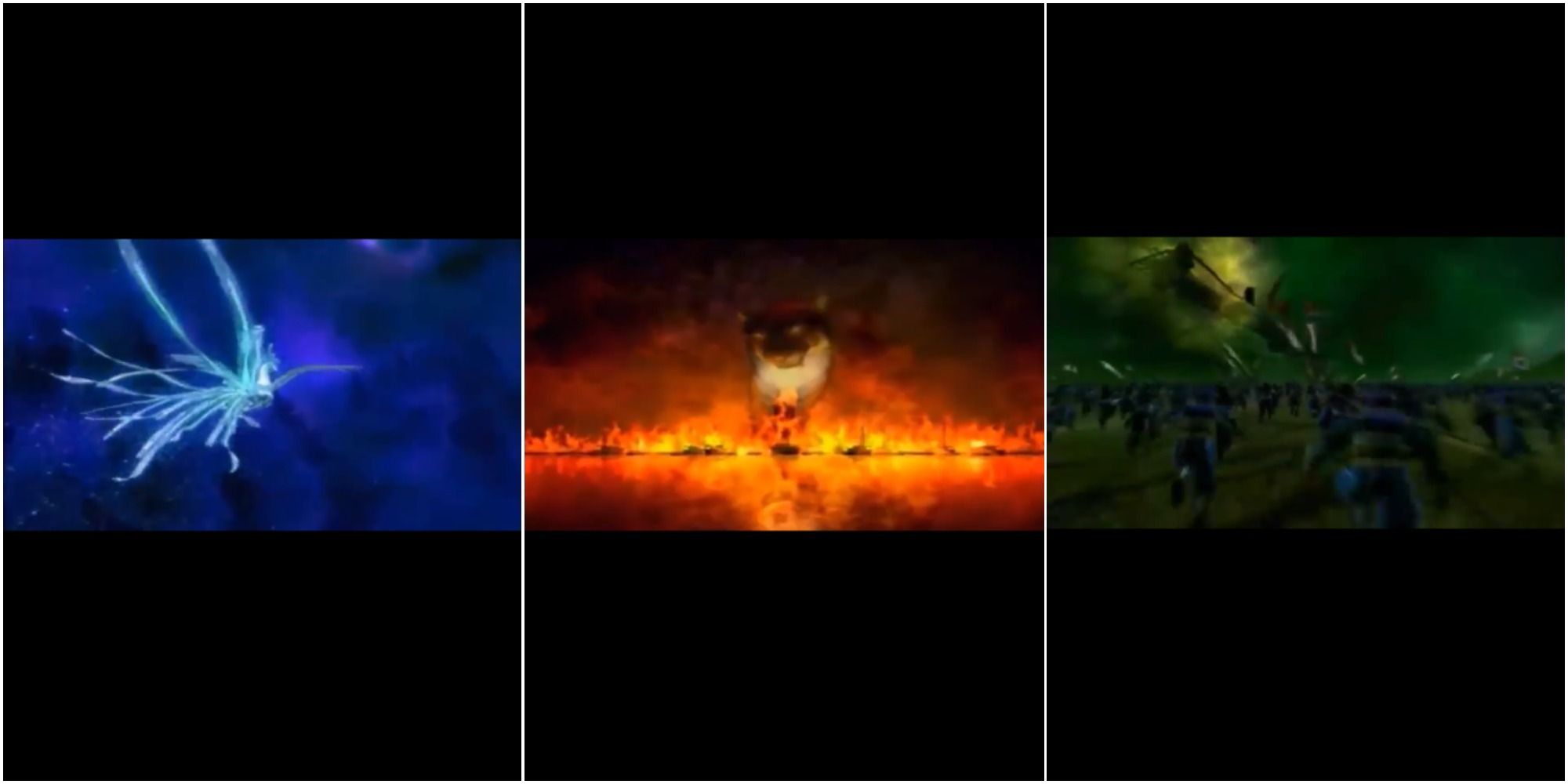 This was the start of what would go on to make Dynasty Warriors one of the most iconic, distinctive franchises ever with endless spinoffs, crossovers, and DLCs. Gone was the player versus player gameplay, replaced by open maps, crowds of enemies surrounding you, and you thusly beating them into the dirt with your selected character of choice. Koei made the choice to have us stop fighting one another and fight as retainers and warriors under the Wei, Wu, and Shu Clans for unification and rule instead. They gave us a horse, weapon, a Musou Attack, bumping music heavy with trance elements, percussion, and electric guitars, and put us on a map filled with red to demolish.

There's actually little to find fault with. Koei's first mainline hack-and-slash, and it delivered. The fighting was smooth, the hits felt like they hurt, the enemies were a challenge, and we were given objectives to complete across the map to claim victory – or face a loss. Really, this cherished childhood iteration was what pulled many players in. 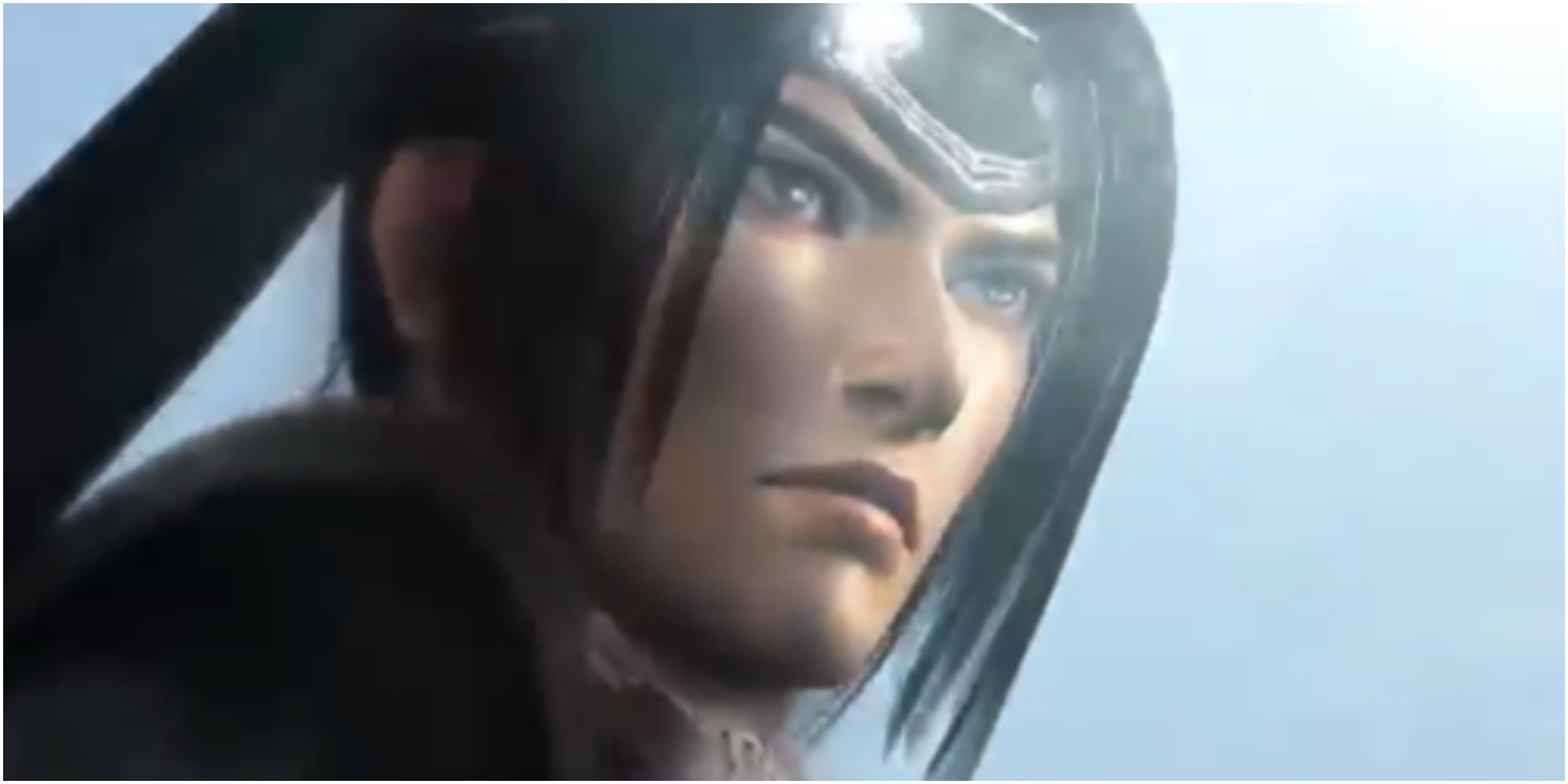 After the strange happenings of Dynasty Warriors 6, the advent of Dynasty Warriors 7 looked to restore some of what was lost. Songs were expertly remastered, returning the vibes of 2 through 5, the extravagant design of the characters was dialed down, and we were given the off-splinter Jin Clan from the Wei Clan, expanding on the history the six prior games in the series had told. Its gameplay, on the other hand, still suffered immensely; unexciting to say the least.

Its shining factor, though, was its story. There was a focus on the creation of 7 to depict the history, wars, and losses of the Three Kingdoms Era in a more realistic manner. War felt like war. Characters were lost. Cutscenes were beautifully directed and we watched the ideals our heroes fought for in the previous games come to an end, not with Wei or Wu or Shu unifying China, but with the Jin Clan instead. Of all the Dynasty Warriors games, it's by far the most emotionally impactful. 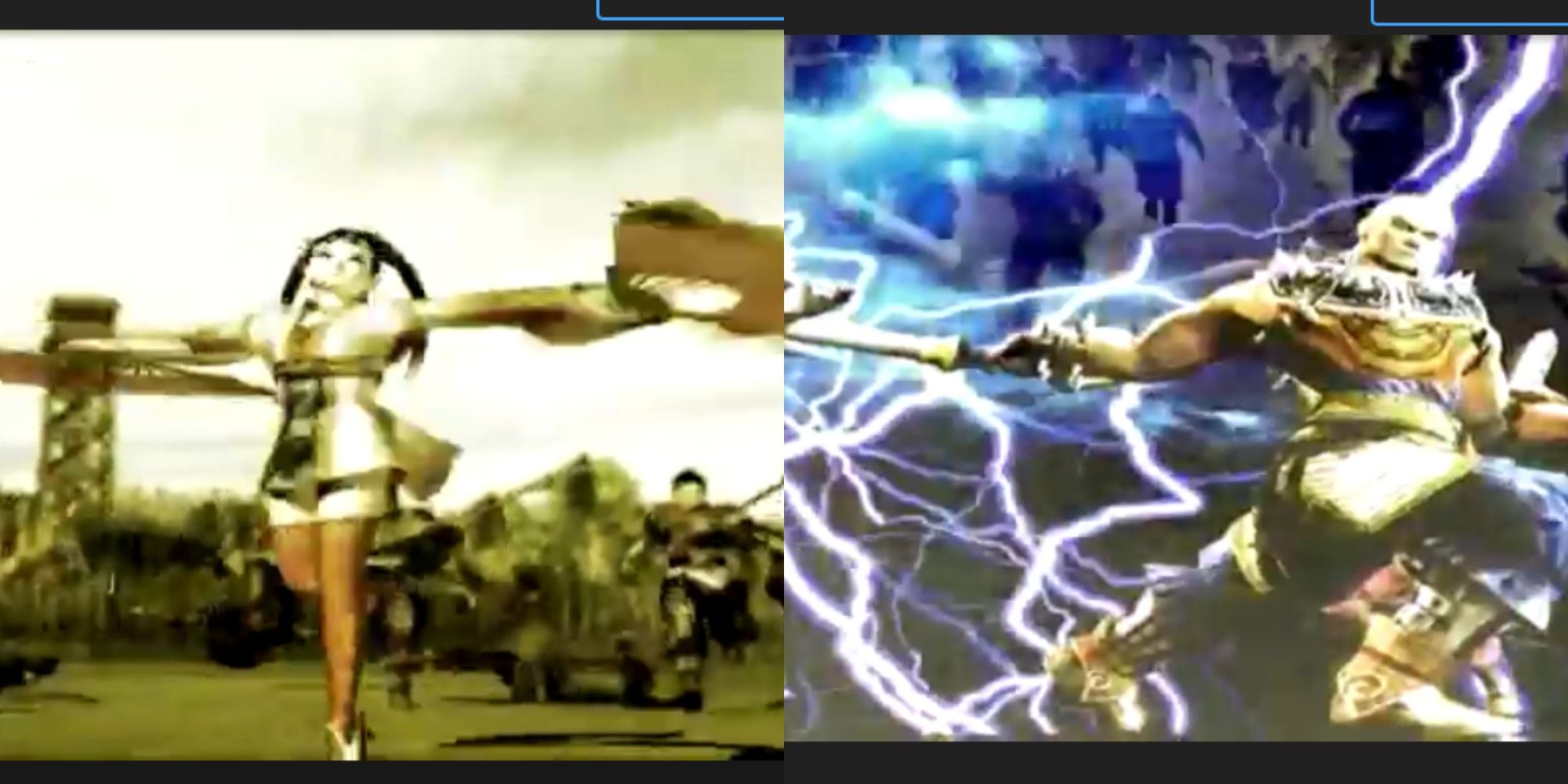 Difficult to win, charged-up and fun. Dynasty Warriors 3 genuinely felt like it was us against the entire army; and only us who could lead our forces to victory. The items we equipped mattered. The survival of our allies on the field was vital. Plans needed to be carried out. We were told to protect catapults and rams and destroy enemy supplies and equipment, and whether we succeeded or failed affected our outcomes. Many of us probably spent multiple times running for our lives and breaking open pots in a panicked search of food with a red health bar, trying to avoid troops and screaming to ourselves as Lu Bu pursued, out of genuine fear we would die and lose.

An excellent sequel to the second game, with fantastic music, more developed gameplay, and further explored characters, only outdone in its cut scene storytelling by the Dynasty Warriors 7 listed above. 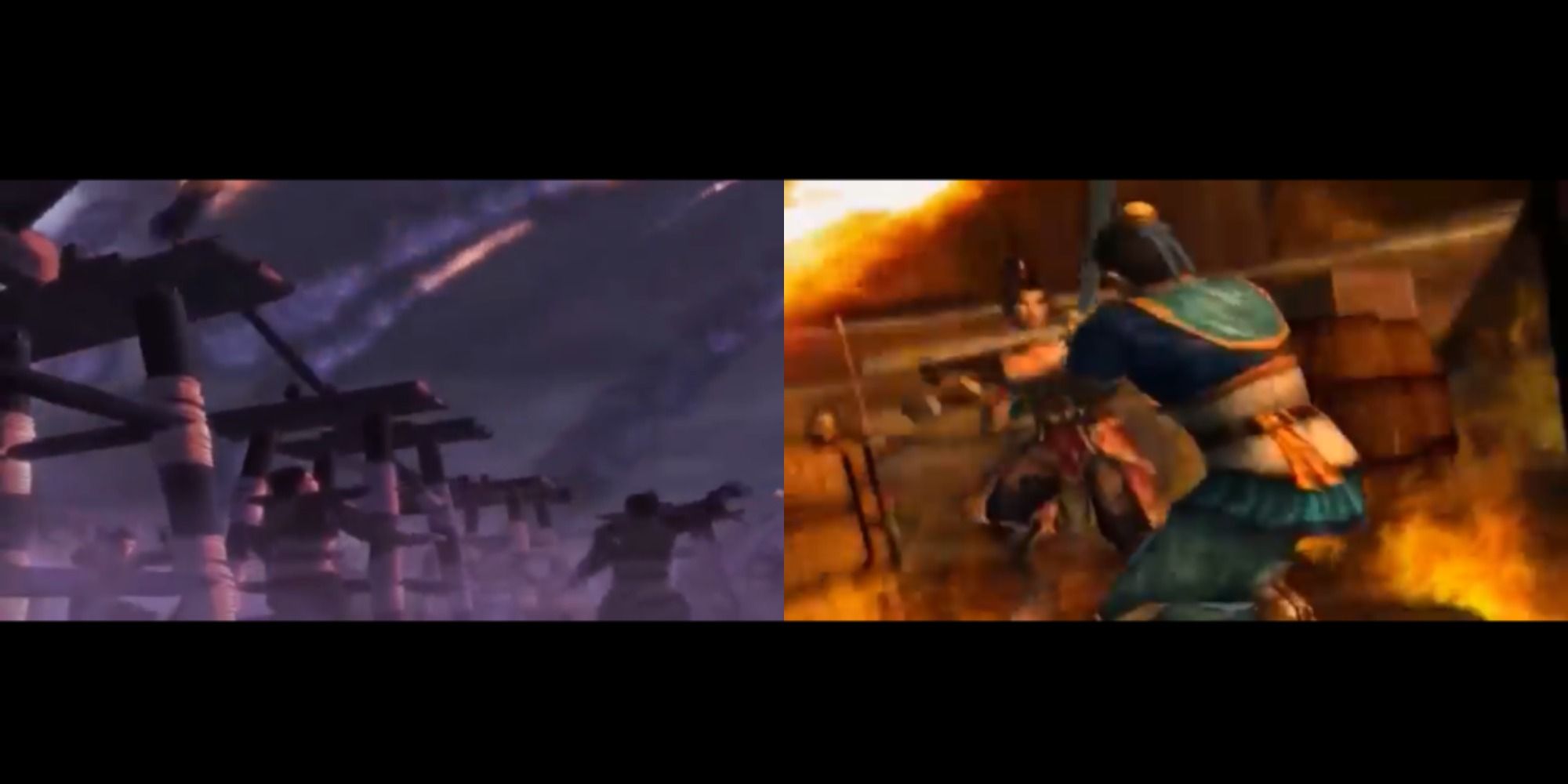 Dynasty Warriors 4 is the game you get asked about and say, 'Aw yeah. That one was good!' even if you don't remember the exact reason why. Was it the superb battle music? The developed maps with detailed graphics where previous titles lacked? The cutscenes that incorporated the thrill of fiery battles, desperate retreats, familial bonds, and the power of friendship? Probably, most likely, yes. It definitely was.

The formatting in clan and character selection was made organized and the storylines refined – it felt like a direct extension of Dynasty Warriors 3, equally exciting, with beloved characters who'd been given clean, new looks. Strategic plans changed the tides in waves on the battlefield. You hunted down officers, you built bodyguards for maximum survivability; set fleets on fire. Every captured stronghold was an advance to victory. And the red horse. The red horse we all wanted to unlock to pretend we were Lu Bu. Truly a replayable gem in the series! 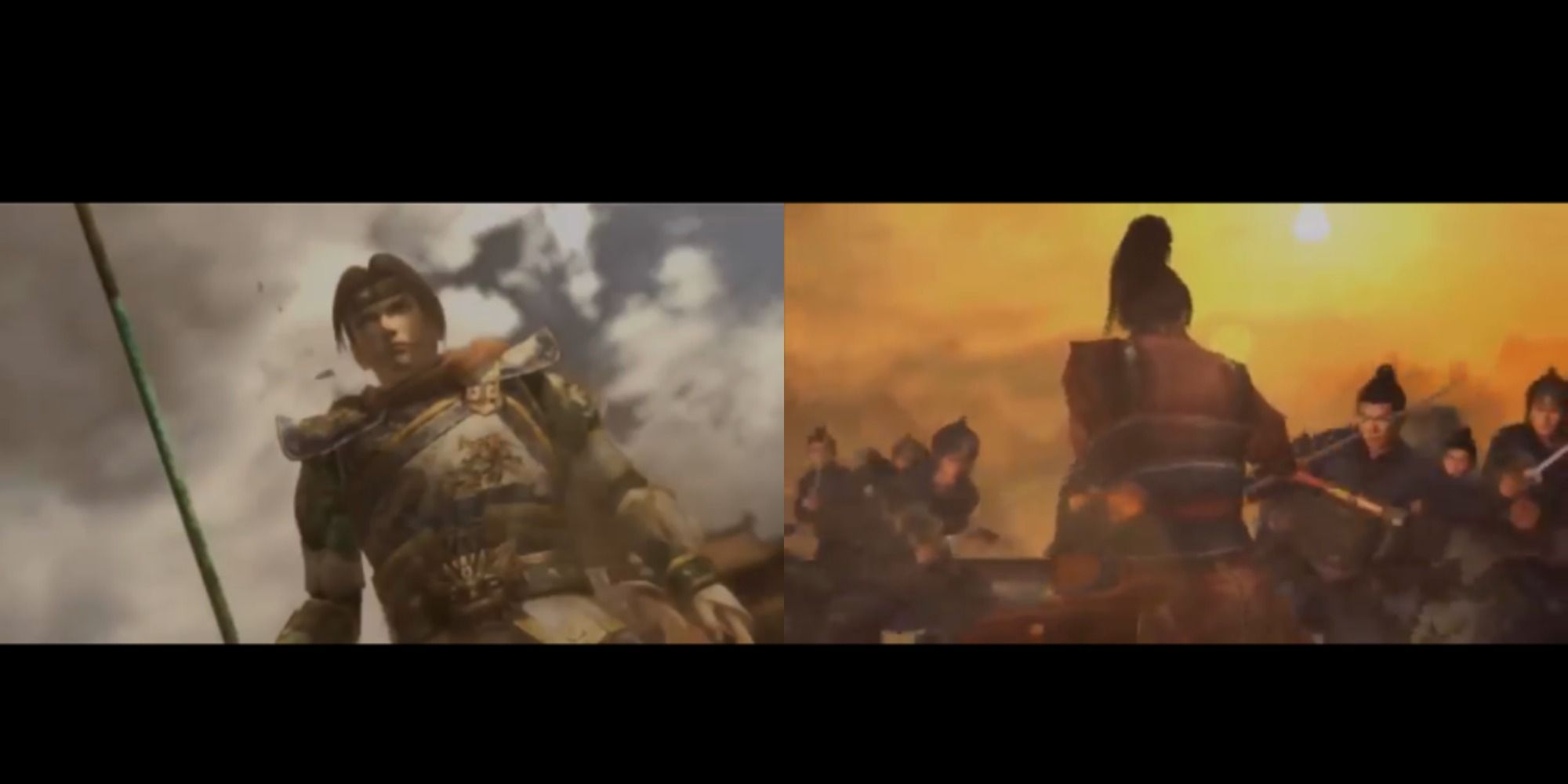 Here it is. The cream of the crop of other creams of the crops that were 3 and 4. These were the character designs and backgrounds that stuck around for years after its release and used in the successful crossover, Warriors Orochi, where the worlds of Dynasty Warriors and Samurai Warriors collided. 5 became the first memorable impression of Dynasty Warriors for those who had only played Samurai Warriors prior and brought it new fans, and for good reason.

The perfect amount of new characters was introduced, with appearances heightened but retaining the feel of classic warriors in a warring era. An iconic opening, nifty voice acting, and a soundtrack of wailing guitars and driving percussion to set the mood with each new mission, drop in morale, and sabotaged plan. There's not much else to say on it. It's the love-child of Dynasty Warriors 3 and 4 with only the best features passed down.

Vampire: The Masquerade Is Bringing Back Clan Tzimisce, Ravnos, & Salubri

How a Chiropractor Can Help You Fix Postures?