Fallout 76 is down right now ahead of the rollout of the Wild Appalachia update on PS4, Xbox One and PCs.

Fallout 76 servers went down at 2pm UK ahead of the release of patch 7.5 which introduces the Survival Mode Beta to Fallout 76.

Describing the new addition in the Wild Appalachia patch notes, the Fallout 76 team said: “Patch 7.5 releases today, and introduces the Survival Mode Beta to Fallout 76, which is a new game mode featuring fewer restrictions and higher-stakes for Player vs. Player (PVP) combat, Scoreboards for tracking your stats, a bonus on all XP you earn, and Legendary item rewards for new Weekly Challenges.

“We’ve also renamed the standard Fallout 76 experience “Adventure Mode” and have removed incoming damage from players you are not hostile against.”

The official Bethesda Support Twitter has confirmed that server downtime has started with Fallout 76 players unable to login right now.

They tweeted: “@Fallout 76 is undergoing maintenance on PC, PlayStation 4, and Xbox One. 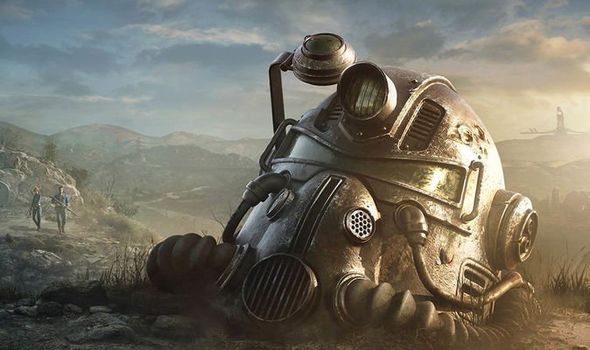 The standard Fallout 76 experience has been renamed “Adventure”, and “Survival Beta” has been added as a new game mode.

Upon selecting “Play” from the Main Menu, players can now choose whether to join an Adventure Mode world, or a Survival Mode Beta world.

Existing characters can freely switch back and forth between Adventure and Survival mode.

All progress—including quests, levels, perks, inventory, and so on—travels with characters when switching between Adventure and Survival. Anything that affects a character in one mode is also reflected in the other.

While the standard play experience has a new name, Adventure Mode is still largely Fallout 76 as you know it today. However, today’s patch does bring a significant change that should greatly reduce the effects of unwanted PVP on your Adventure Mode characters:

“SLAP” DAMAGE HAS BEEN REMOVED FROM ADVENTURE MODE

All incoming damage from players you are not hostile with (A.K.A. “slap” damage) will now be automatically reduced to zero, effectively removing slap damage from Adventure Mode.

Returning fire against another player will still mark you as hostile toward them and will cause you to take full damage from their attacks.

Contesting an owned Workshop is still considered a hostile action. If a player attempts to contest a Workshop you own, or you attempt to contest another player’s Workshop, you will be open to taking full damage from their attacks.

Weapon damage during PVP combat has received overarching adjustments to help a wide variety of weapons feel more deadly versus other players.

This also limits the amount of health players can lose in a single hit during PVP combat, which will greatly reduce the likelihood of one-shot kills.

These adjustments have been applied to PVP Combat in Survival Mode, as well.

The period of invulnerability that’s briefly applied to characters after Fast Traveling or Respawning has been increased.

Firing a weapon before this time expires will remove Invulnerability. 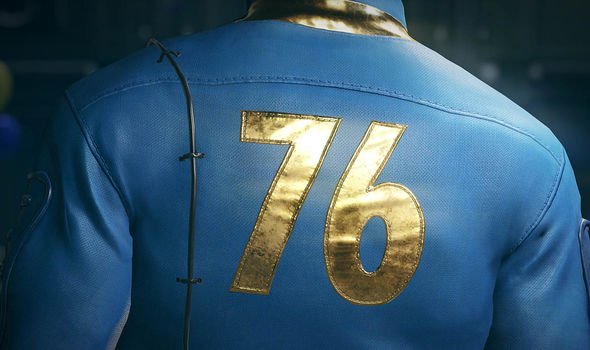 Survival Mode is a more competitive and dangerous new game mode for Fallout 76, and contains a number of changes from Adventure Mode that you may want to be aware of before you dive in. However, it’s also important to note that you can still complete quests and events, level-up, loot, and explore Appalachia in Survival Mode just as you can in Adventure Mode.

Read on to learn about what’s new with the Survival Mode Beta, and be sure to check out our recent overview article for even more info.

Players in Survival Mode are hostile toward one another by default and may be attacked without restriction.

Additionally, there is no slap damage in Survival Mode, and players will immediately take full damage from each other’s attacks.

Players can holster their weapons when approaching others to appear neutral or friendly, causing a light-yellow nameplate to appear overhead.

Those who approach others with weapons drawn will appear hostile and display a red marker overhead, rather than a nameplate.

Only the healing effects of one Stimpak of each type can be active at any given time.

The PVP Combat weapon damage adjustments mentioned in the Adventure Mode section above also apply to the Survival Mode Beta. 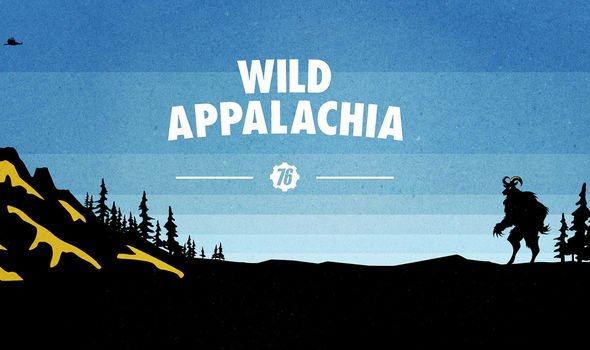 All players gain a +20% bonus on any experience points they earn while playing in Survival Mode.

New Weekly Challenges have been added which offer legendary rewards on completion.

A new Weekly Challenge will be added every week during and beyond the Survival Mode Beta, each featuring a different reward.

On death, players will drop a random amount of the Aid items that were in their inventory in addition to all their Junk.

Cap rewards for player kills, and Cap deductions on death, have been doubled in Survival Mode.

The Seek Revenge respawn option has been disabled and will not appear when attempting to respawn.

When killed during PVP combat, players can choose to spend a portion of their Caps to place a Bounty on their killer.

This will mark that player as Wanted and display the Bounty amount on all other players’ Maps.

Half of the Caps spent by the slain player will appear as the Bounty reward, and the minimum cost to place a Bounty is 200 Caps.

Fast Travel is limited to Vault 76, the player’s C.A.M.P., Train Stations, and any Workshops that player owns.

Respawn is limited to Vault 76, the player’s C.A.M.P., and Train Stations.

The brief period of invulnerability applied to characters after Fast Traveling or Respawning in Adventure Mode also applies to characters in Survival Mode, and is also removed if the player fires a weapon before the time expires.

PLAYER POSITIONS ARE HIDDEN ON THE MAP

The Map will not display players’ locations unless they are currently Wanted or among the top three on the Longest Life Scoreboard.

Scoreboards have been implemented, which rank players in the current world across a variety of stat categories based on their performance during the current life, as well as their best life for the week. 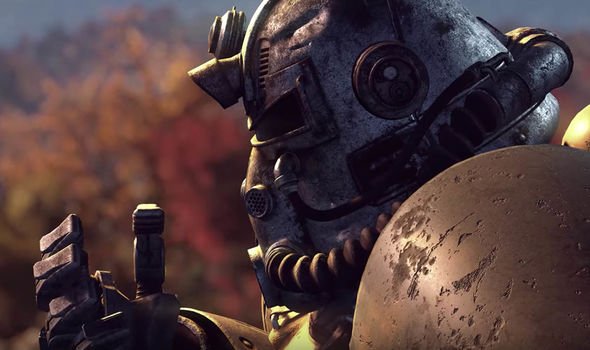 Players’ stats travel with them upon switching to new Survival worlds.

View the Scoreboards by opening the Map and pressing D-Pad Left on Consoles, or on PC by clicking the new compact Scoreboard widget on the Map.

The top three players on the Longest Life Scoreboard will display a Gold, Silver, or Bronze medal next to their player icons.

These medals also appear on the Map to highlight the top three players’ current positions for all other players in that world.

A new recap screen will display on death, allowing players to view their stats from that life and compare them to their best life of the week.

Friends who are currently in Survival Mode worlds now display a campfire icon next to their names in the Social Menu.

Performance: Addressed an issue that could cause a performance reduction if a player was killed while disconnecting from a world. 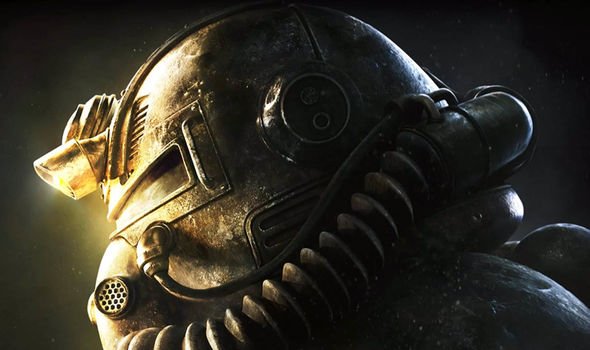 Signal Strength: Addressed an issue that could cause a door switch to go missing in the National Radio Array Control Room.

Hotkeys: Addressed an issue on PC causing the hotkey for the “Toggle Premium” filter option in Workbenches to have no effect when pressed.

Localization: Fixed an issue causing some notes, letters, and quest objectives relating to the Wasted on Nukashine questline, and the Brewing and Distilling crafting system, to appear in English while running Fallout 76 game client in languages other than English.

Localization: Fixed an issue that could cause the text on the Nukashine bottle’s label to extend beyond the edges of the label when running Fallout 76 in languages other than English.

Localization: The “Toggle Unlockable” and “View in Atomic Shop” options while previewing unowned Atomic Shop items in a Workbench no longer display placeholder text when running Fallout 76 in languages other than English.

Localization: The “Destroy” option that appears when viewing an item while over the absolute weight limit no longer displays placeholder text when running Fallout 76 in languages other than English.

How Games Let Me Travel When I Couldn't Otherwise