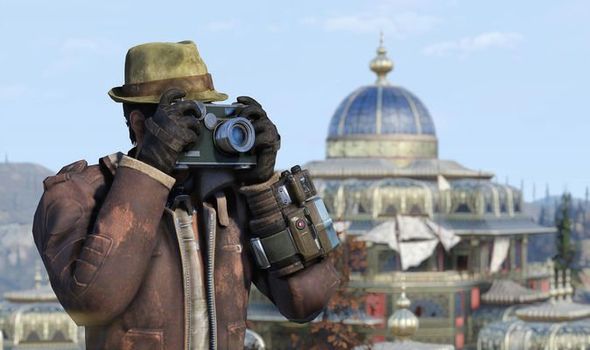 Today’s Fallout 76 update has made it possible to find new camera locations around Wild Appalachia.

This wasn’t the only part of today’s patch, which also included the new Repair Kits and other bugfixes.

But there’s no doubt unlocking a new quest and using the new ProSnap Deluxe will be at the top of most player lists.

As confirmed by Bethesda, the new ProSnap Deluxe is a functional in-game camera you can use to fill your Photomode Gallery with snapshots of your adventures.

This new item allows you to take snaps and complete the new Bucket List quest, but first players need to find one.

This is done by tracking down a dead tourist and pilfering a broken one so that you can learn to craft a new one.

Once you’ve acquired a Camera, you’ll begin the new “Bucket List” quest, which allows you to finish the tourist’s photography collection, if you so desire.

Bethesda says that new Camera-related Challenges that have been added to Fallout 76 can be completed using your ProSnap Deluxe.

So the first thing you will need to learn is where you can find the new Fallout 76 camera.

Lucky for everyone baffled by this new quest, dedicated players are already compiling a list of locations where these new items can be scavenged. A picture of some of these places can be found below.

According to those who have been checking out some of these known locations, it isn’t guaranteed that a tourist will be found there. What players have been doing instead is server hopping until they find one with a tourist and a camera.

This can include having to server hop over ten times, an annoying factor that some gamers won’t have time for.

The new map of Fallout 76 camera locations are sourced from the F76 Hub, who will no doubt have the best information on finding the item you need.

Other known locations include Prickett’s Fort, Philippi Battlefield Cemetery, the Colonel Kelly Monument and the Wavy Willard’s Water Park, with a tourist found against a car in the parking lot.

One user writes: “Yep, took me a good 45 min at the water park but at least I didn’t waste caps, I was gonna give up went to a different server to make a trade & he was there on that server.” 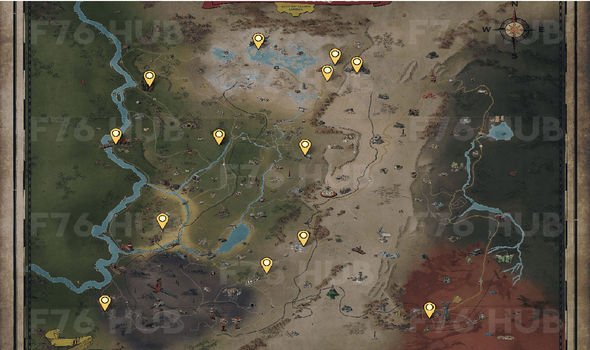 Here’s more from Bethesda on how the new Fallout 76 camera works:

More from today’s Fallout 76 update can be found below:

Repair Kits are new, single-use consumable items that immediately restore the Condition of an item in your inventory. They come in two forms: Basic Repair Kits and Improved Repair Kits.

Halo Infinite Had Two Thirds Of Its Content Cut