Fallout: New Vegas is frequently regarded as one of the best Fallout games in the franchise, arguably one of the best RPGs in recent memory. Its blend of classic Fallout storytelling with Bethesda's open-world design and gameplay has made New Vegas a timeless classic in the eyes of many.

For those who haven't played New Vegas before, they might be surprised to hear that its main questline is rather straightforward, only taking a handful of hours to beat. We highly recommend you play the game yourself, but if you can't find the time to play through this massive RPG, here's a quick overview of what happens in the main story of Fallout: New Vegas.

Ain't That A Kick In The Head 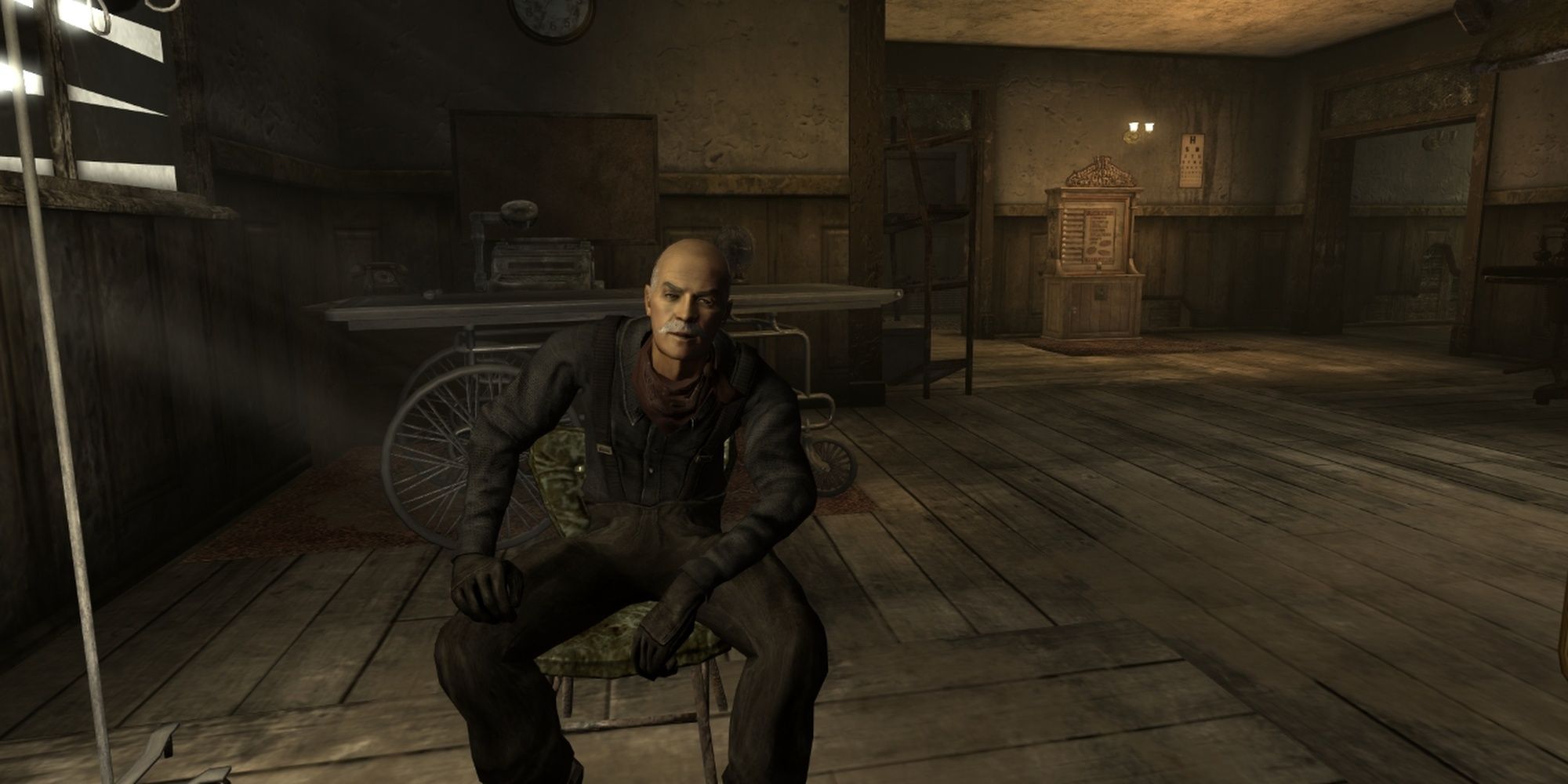 New Vegas' story begins with a delivery gone horribly wrong. You play as the Courier, an employee of the Mojave Express that was tasked with delivering a Platinum Chip to an unknown client. Things go south once you reach Goodsprings, a small town located southwest of New Vegas. A group of mobsters steal the package, tie the Courier up, and put a bullet between their eyes. You're buried in a shallow grave, presumed dead.

Miraculously, you survived. Thanks to a local Securitron named Victor, your body was quickly discovered and brought to the town's local doctor, Doc Mitchell. He manages to pull all the bits of lead out and reconstruct your face. After a short checkup, the Courier is let loose into the Mojave Desert to search for the killer and Platinum Chip. 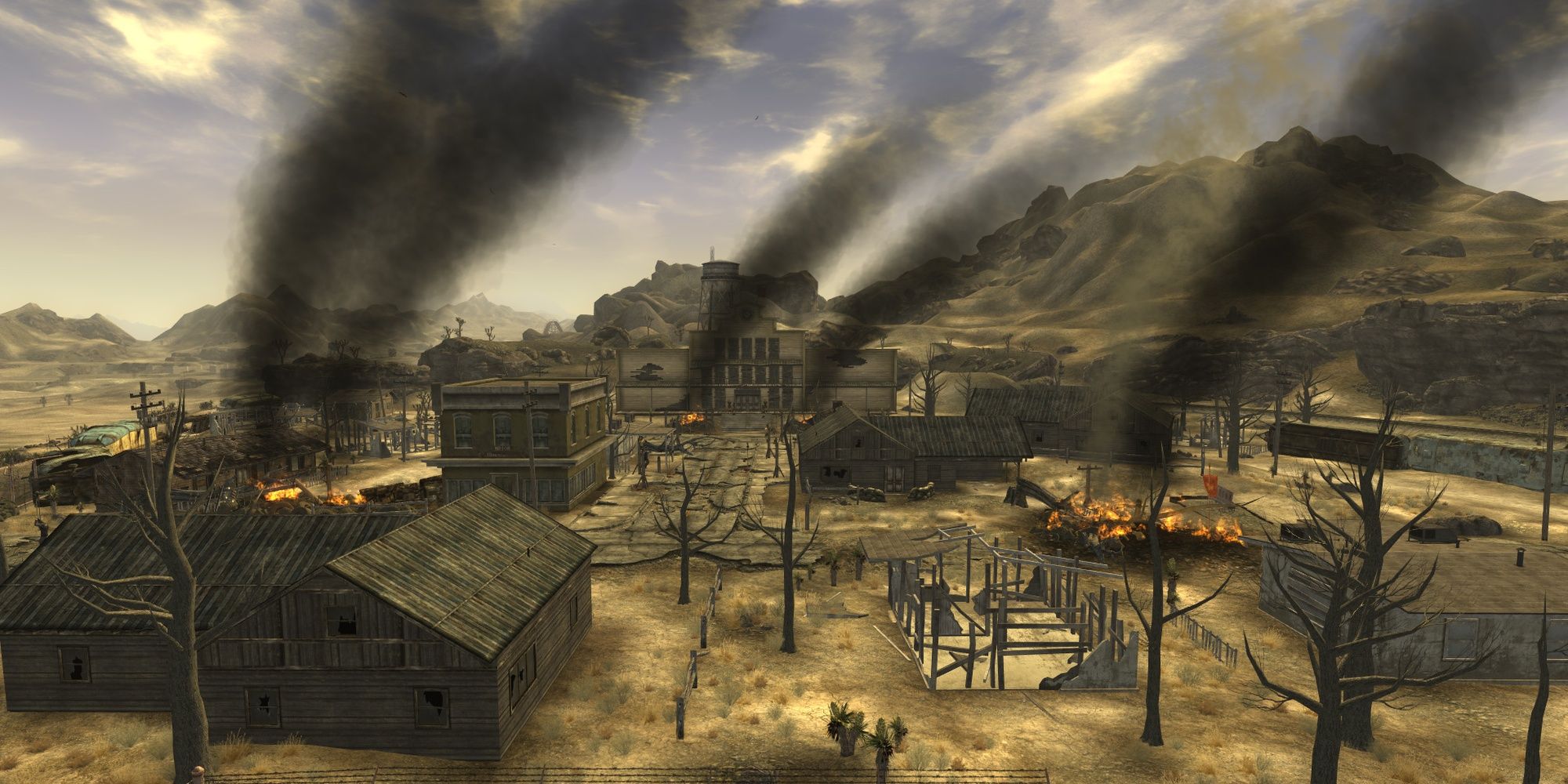 By talking to locals, you deduce that the group is following I-15 South and Highway 95 to reach New Vegas—the remains of Nevada's Las Vegas. The Courier first visits Primm to uncover a power struggle between a local gang and the NCR. The NCR, short for the New California Republic, is one of New Vegas' largest players. They value most of the ideals of modern-day America: life, liberty, and democracy. Despite the NCR's wide influence on the western United States, they struggle to keep their territories safe, as evident by their inaction in Primm.

A second pitstop is made at Nipton, yet another small town that seems devoid of life. It is here that the Courier meets Caesar's Legion, the second large faction in New Vegas. They turned Nipton into a graveyard. Crucified citizens line the streets. Burning debris fills the air with thick smoke and dread. It's nothing short of a massacre. The leader of this small Legion group, Vulpes, tells the Courier to relay what they saw to the NCR. The brutality demonstrated here is just a small sample of what the Legion is capable of.

Before reaching New Vegas, the Courier makes a stop at Novac. It is here the Courier learns that the person who killed them is named Benny and is making his way to New Vegas. It's time to give him a visit. 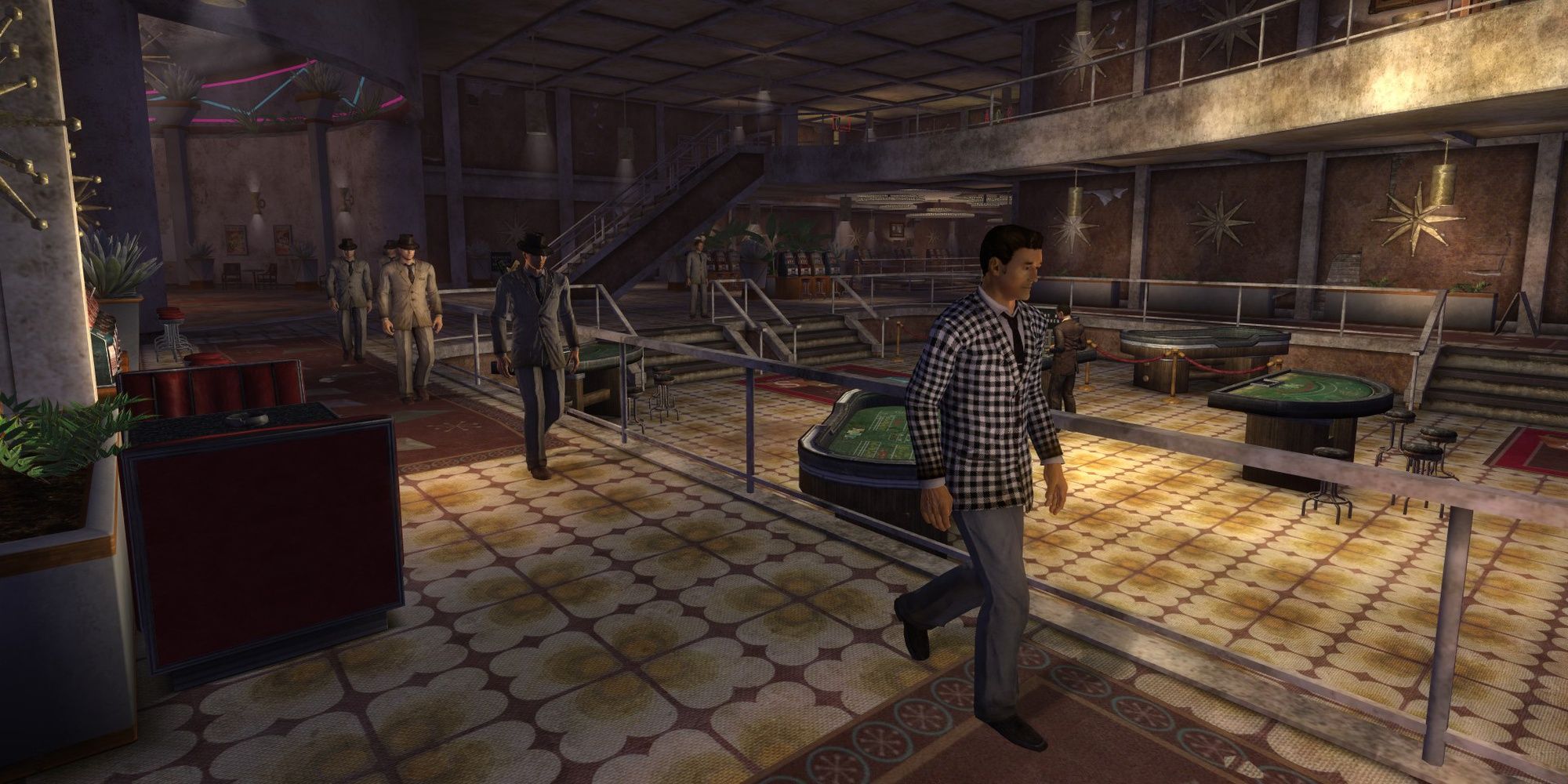 Working with the locals in Freeside, the Courier gets inside The Strip and is forced to talk with the man in charge of the city, Mr. House. He's effectively Fallout's version of Howard Hughes. It turns out Mr. House was your client and still needs the Platinum Chip. He tells the Courier that Benny can be found in The Tops casino. It's up to you if you kill Benny or spare him. Regardless of what you do, the Courier will shortly thereafter be given an invitation by a Caesar's Legion spy. It's an offer you can't refuse.

The Courier makes their way to The Fort, a Caesar's Legion encampment located across the Colorado River. This is when players meet Caesar himself. That Platinum Chip Benny had is the perfect size to open a bunker in his Fort, housing untold power. If Benny isn't dead at this point, Caesar has him held captive. It's up to you what happens to Benny and this bunker, but the end of this encounter guarantees that the Courier will have the Platinum Chip.

Every major faction wants the Courier's help. That Platinum Chip is a major asset to Mr. House, and both the NCR and Caesar's Legion would like nothing more than to put House at a disadvantage. But why go through all of this trouble? It all revolves around one thing: Hoover Dam.

Ace In The Hole 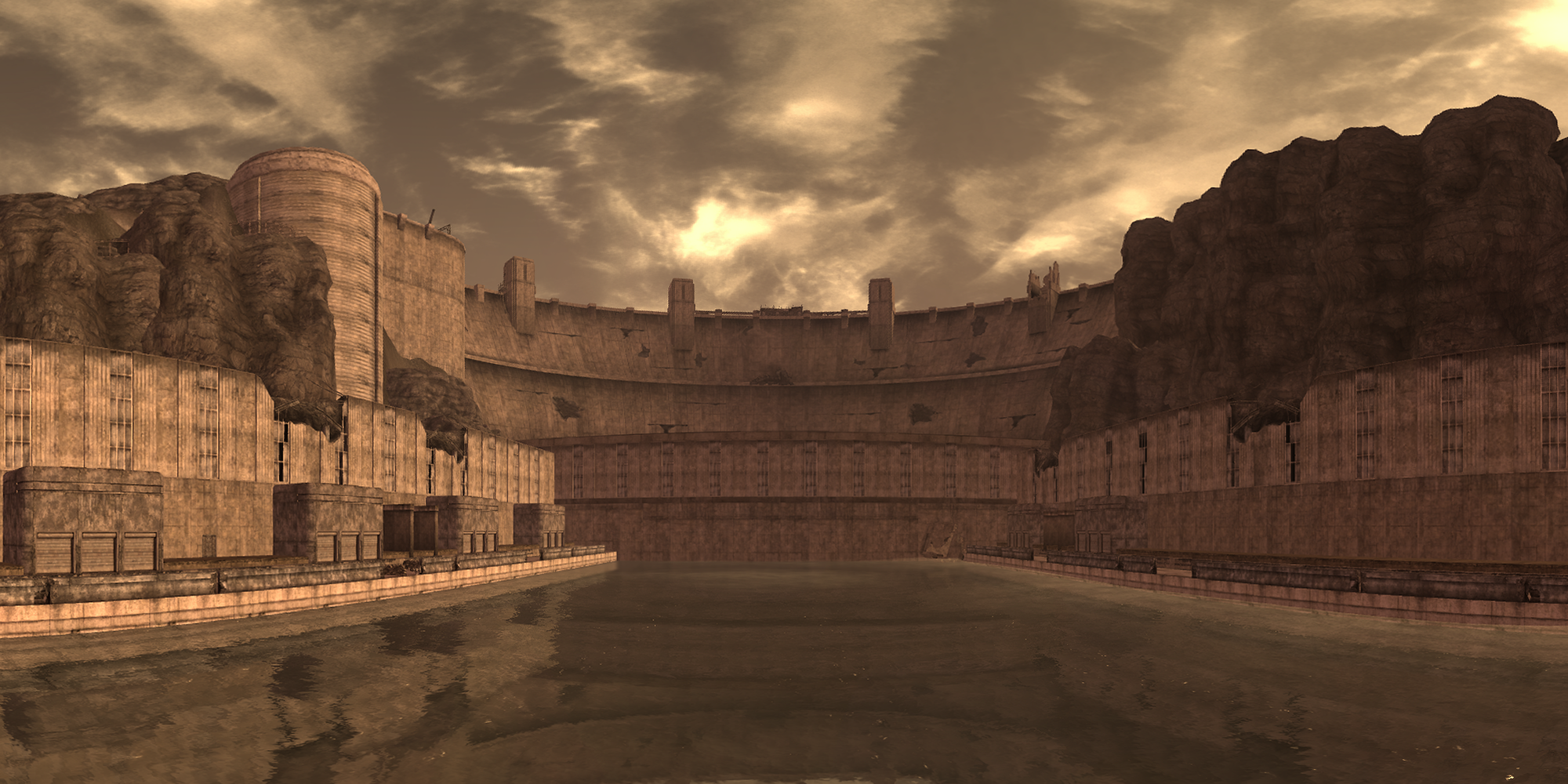 Every faction wants control over New Vegas. It's one of the last remnants of Pre-War America that houses a large array of Securitrons and other technology. That power comes from Hoover Dam, currently controlled by the NCR. Caesar's Legion attempted to take the dam before but failed. They plan to strike again, this time with a much stronger army. The NCR knows this and is desperate to gain an edge. Mr. House wants to keep New Vegas independent and wants every faction out of his territory. Of course, if none of these factions align with your beliefs, the Courier can decide to keep New Vegas independent of all parties by siding with Benny's Securitron, Yes Man, back at The Tops.

The story branches out somewhat at this point, but the final act of New Vegas involves building up an army for your faction of choice. Various assets are scattered across the wasteland that can help swing the battle in your faction's favor. Your greatest asset, the Platinum Chip, can be used to upgrade the Securitron force in New Vegas for Mr. House… or yourself if you choose to murder him. Beyond that, players are tasked with building relations with The Boomers, The Great Khans, New Vegas' various casinos, and The Brotherhood of Steel. Some smaller factions can also be recruited during this point, but only the factions mentioned are mandatory to progress the plot.

You'll Know When It Happens 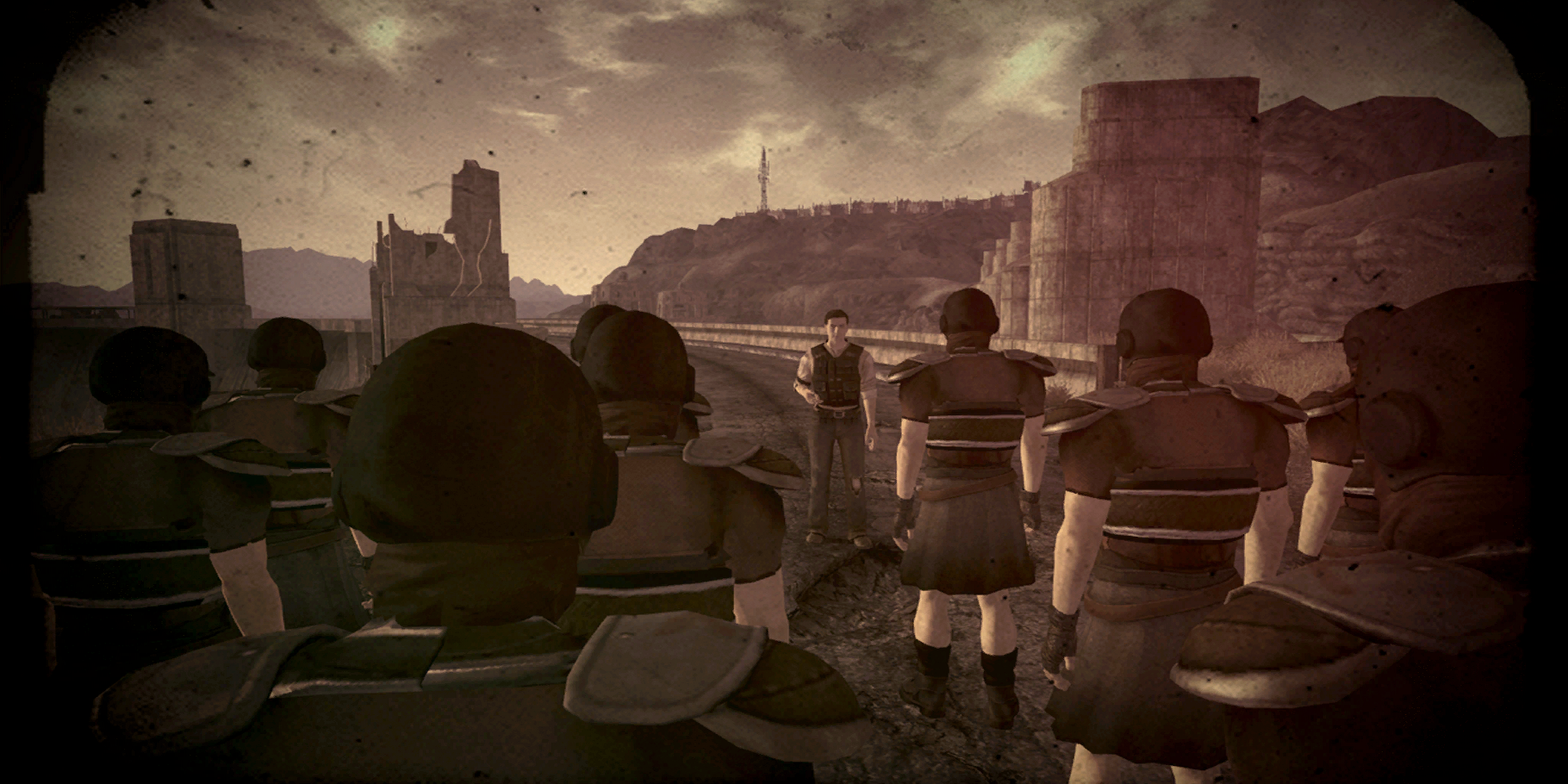 After a quick visit from the president of the NCR, Caesar's Legion begins their assault of the dam. The NCR stands its ground, attempting to hold the savages back. Depending on what you've done with Mr. House, his Securitrons can also show up to overthrow both parties. If you're independent, the Securitrons are under your command. It's nothing short of a bloodbath. Hundreds of soldiers die during the onslaught, but the winner of the conflict takes control of Hoover Dam and all of New Vegas. 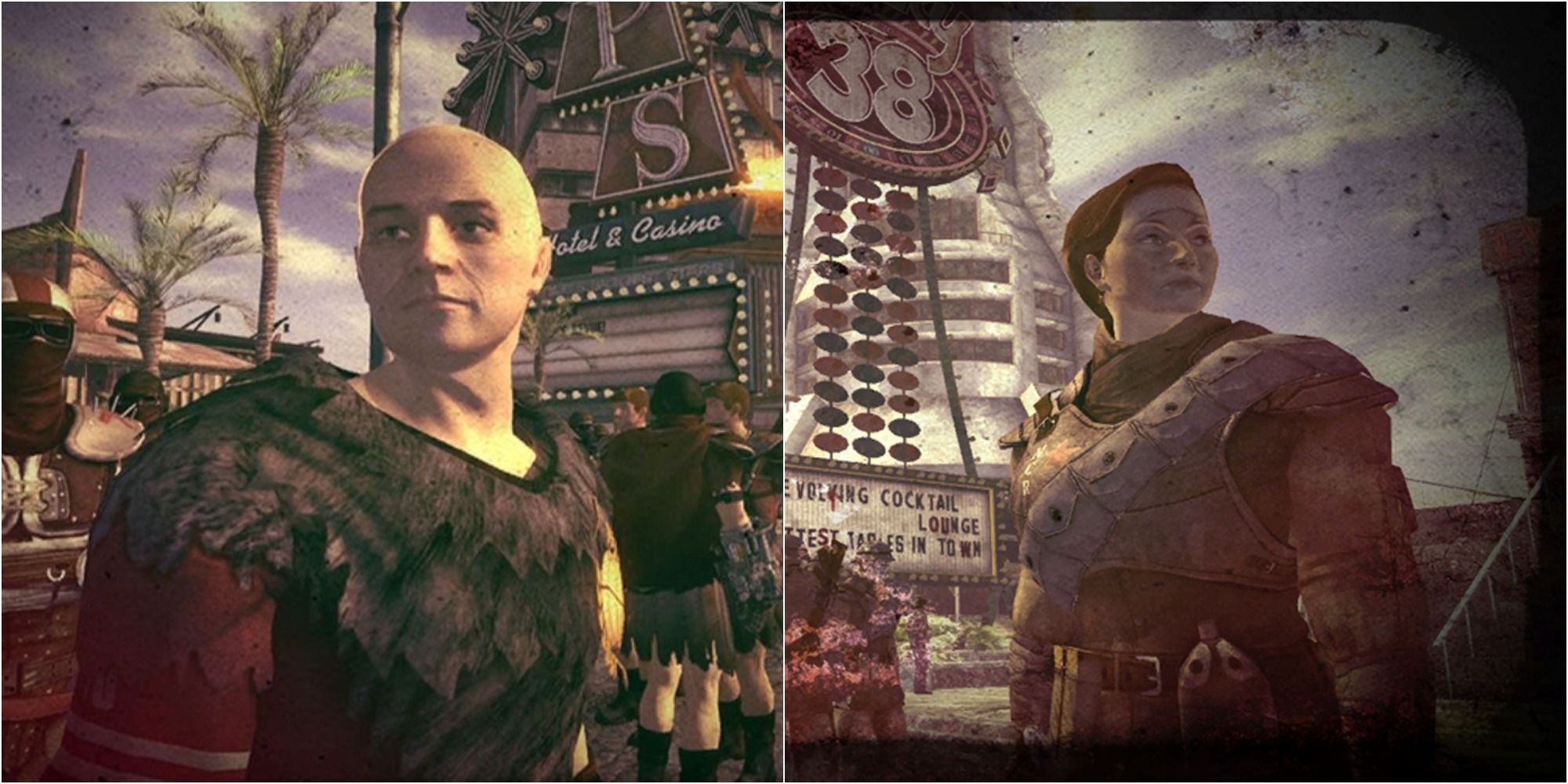 Fallout: New Vegas has four main endings with hundreds of small variations. The fate of Vegas will depend almost entirely on who wins the second battle of Hoover Dam.

The Courier assists the NCR in pushing the Legion back. By killing or persuading the Legion's general, Legate Lanius, all of Caesar's Legion are forced to retreat. A future Legion attack is a certainty, but the NCR now has a proper window to prepare for the next fight. The NCR takes full control over the Mojave Wasteland, eventually annexing The Strip, Freeside, and other small communities. For their service, the Courier is given the Golden Branch, the highest civilian decoration in the Republic.

Caesar's troops take the Mojave Wasteland by storm, forcing the NCR to retreat to Mojave Outpost. Hoover Dam, The Strip, everything was now owned by the Legion. They enslaved most of the locals and peacefully lorded over the rest. The Legion created a new gold coin in the Courier's honor, recognizing their accomplishments to assist Caesar in taking over New Vegas.

Mr. House's Securitrons wiped out both parties at Hoover Dam. Caesar's Legion was forced to retreat, as too was the NCR. New Vegas remained as one of the last surviving icons of Pre-War America. Mr. House gave the Courier every luxury they asked for, both out of gratitude and fear.

The Courier and their Securitrons force both factions out of the Mojave Wasteland. With no ruler to control the Securitrons at The Strip, anarchy ensued. Things would eventually calm down, leaving with it a truly independent New Vegas devoid of any ruler. New Vegas was finally free.

And with that battle comes the end of this tale. The Courier's actions had a major impact in the battle of Hoover Dam and the ruling faction afterward. Yet not all questions are answered. Who gave the Courier the Platinum Chip? What happened to Caesar's right-hand man, the Burned Man? Who's this "Ulysses" that is mentioned throughout the game? That's a story for another time.