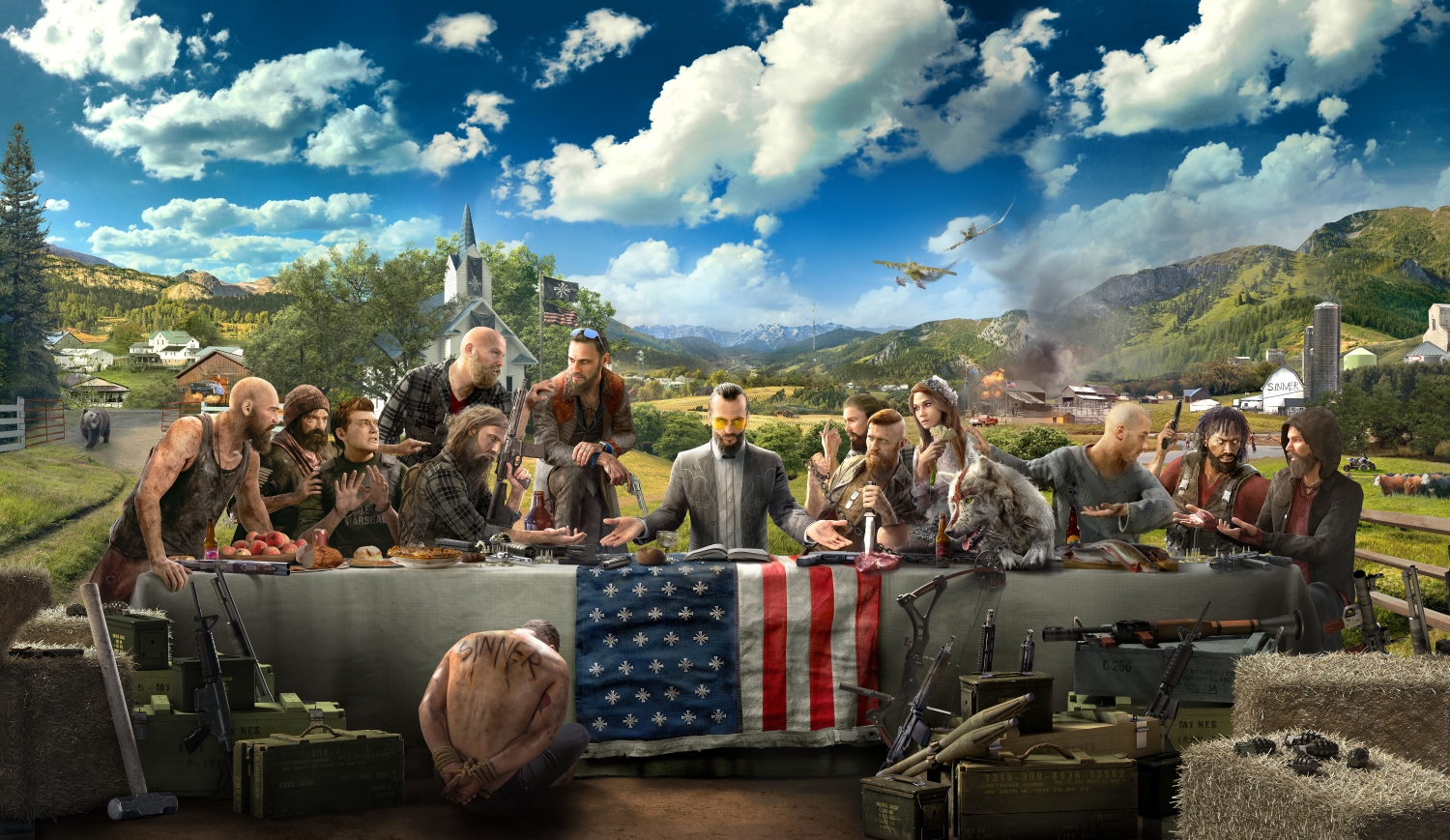 A reader offers a spoiler filled explanation for why he hates the end of Far Cry 5 and why it’s so much more frustrating than a bad film ending.

So, with excitement building for Far Cry 6 it reminded me of my last Far Cry experience – with Far Cry 5. *** SPOILERS AHEAD ***

During lockdown last year I was furloughed, so I got the chance to play a lot of games. I finally completed The Witcher 3 and all the DLC; Far Cry 5 was on sale and I loved the setting of Montana so thought I would give it a try.

So, I played Far Cry 5 and was loving it! The setting was great (I’m a real sucker for the American wilderness and small towns, having been lucky enough to undertake a few road trips out there). The missions ranging from pure comedy to slightly creepy to just plain mad. Befriending a bear! The crazy stunt missions! I was thoroughly enjoying the whole shebang!

Looking at my history I spent 70 hours in that world. So that’s great isn’t it?

No, no it isn’t. When the game finished I was not happy. That ending was, in my opinion, just awful. So bad it destroyed everything I enjoyed about the game and put me off the Far Cry franchise. Effectively 70 hours ruined by such a depressing ending.

(I got the *spoiler* nuclear ending that appears to be canon, but having YouTubed it, unless you do the early ending of not arresting Joseph Seed then the endings are just seriously downbeat.)

Now I know there are times that a shock ending, or a downbeat ending, can work. Especially in films; Night Of The Living Dead is such an iconic film largely because of the ending. As is The Vanishing (original version).

The difference is twofold.

1) Time invested. Films only last a couple of hours. I’ve watched the odd film where the ending really ruined the film, but you know what? I hadn’t invested nearly three whole days of my life in them, so no great shakes.

2) Agency (or lack thereof). In a film you have no control over the characters, in a game, even if that agency is ‘false’ (and it usually is because the outcome is still often predetermined) you feel in control of the character. You feel like your actions should make a difference.

In hindsight Far Cry 5 failed because it really gave me no choice other than a ‘bad’ ending. If the developers had built in multiple endings due to choices you make (like Witcher or even, at a more basic level, like Bioshock). Of which ‘good’ outcomes were available I would have accepted it (see my agency point). To give no choice other than ‘bad’ endings really stuck in my craw.

After 70 hours everything I did made no difference – I didn’t help the characters I befriended (indeed I got every single one killed). I made life in Hope County worse by my intervention, not better. If the game had a more dystopian feel maybe it wouldn’t have angered me so much.

So there we go. Rant over. I know some will disagree with me, and that’s fine. But I have been playing games for about 40 years and have never been as dissatisfied by a game…. Even Half-Life not having an ending doesn’t wind me up like Far Cry 5!

By reader The Dude Abides