Home » News » Final Fantasy 14: How To Get Every Mount And Minion Added In Patch 6.3

Final Fantasy 14 has a large selection of Mounts and Minions to gather, offering something for everyone, ranging from an adorable Shiba Inu to a Wind-up Y'shtola Minion and everything in between. And, with the latest 6.3 Patch, we have received several more that broaden your options.

However, due to them being added alongside Patch 6.3, you will have to participate in specific activities to obtain most of them or cough up tons of Gil to purchase them from the Market Board. Nonetheless, if you are targetting a specific new Minion or Mount added in the latest update, we have you covered in the sections below! 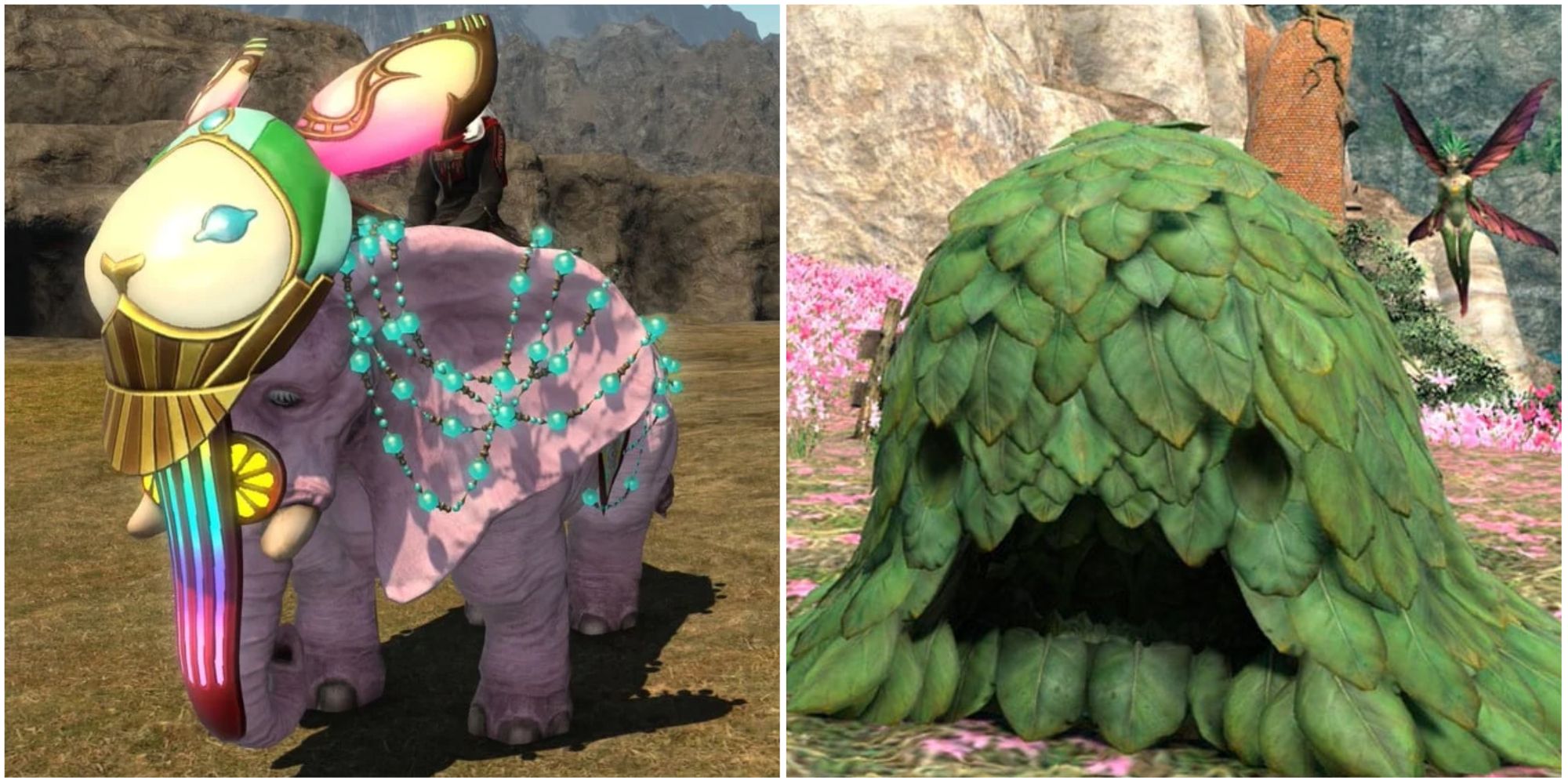 You can currently obtain nine Mounts in Patch 6.3 of Final Fantasy 14. While more were datamined, we're unsure if those will become available during this cycle or later down the road. With that said, you can see all nine Mounts below and how to obtain them! 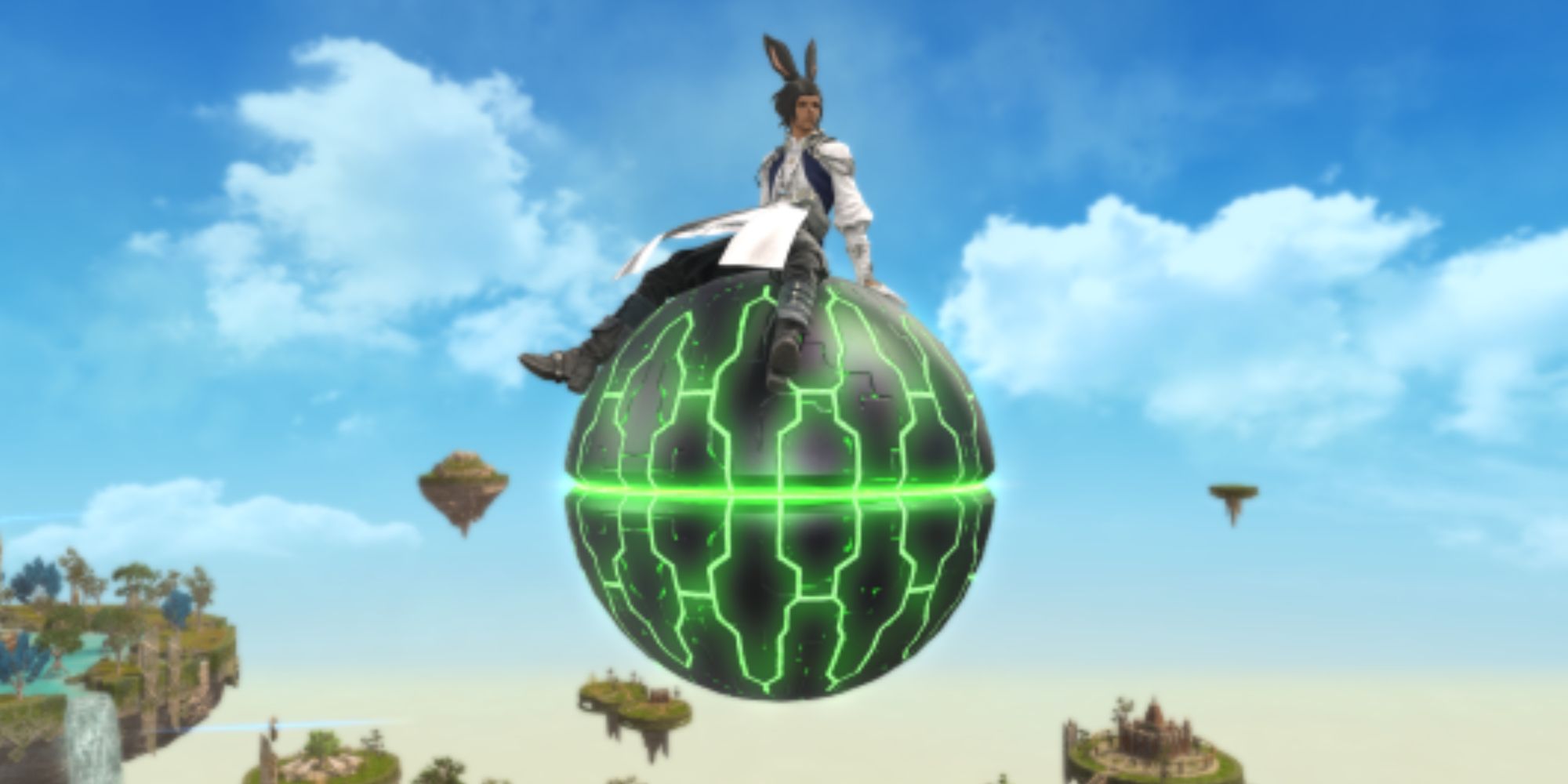 The Logistics Node is a Mount obtained via the new Malmstone Tiers found in Final Fantasy 14's Series 3 PvP. To receive this Mount, you will have to reach Malmstone Level 15, which will take a bit of time. If PvP isn't for you, the devs have confirmed that Malmstone Rewards will become available sometime later, but in what way – or when – is currently unknown. 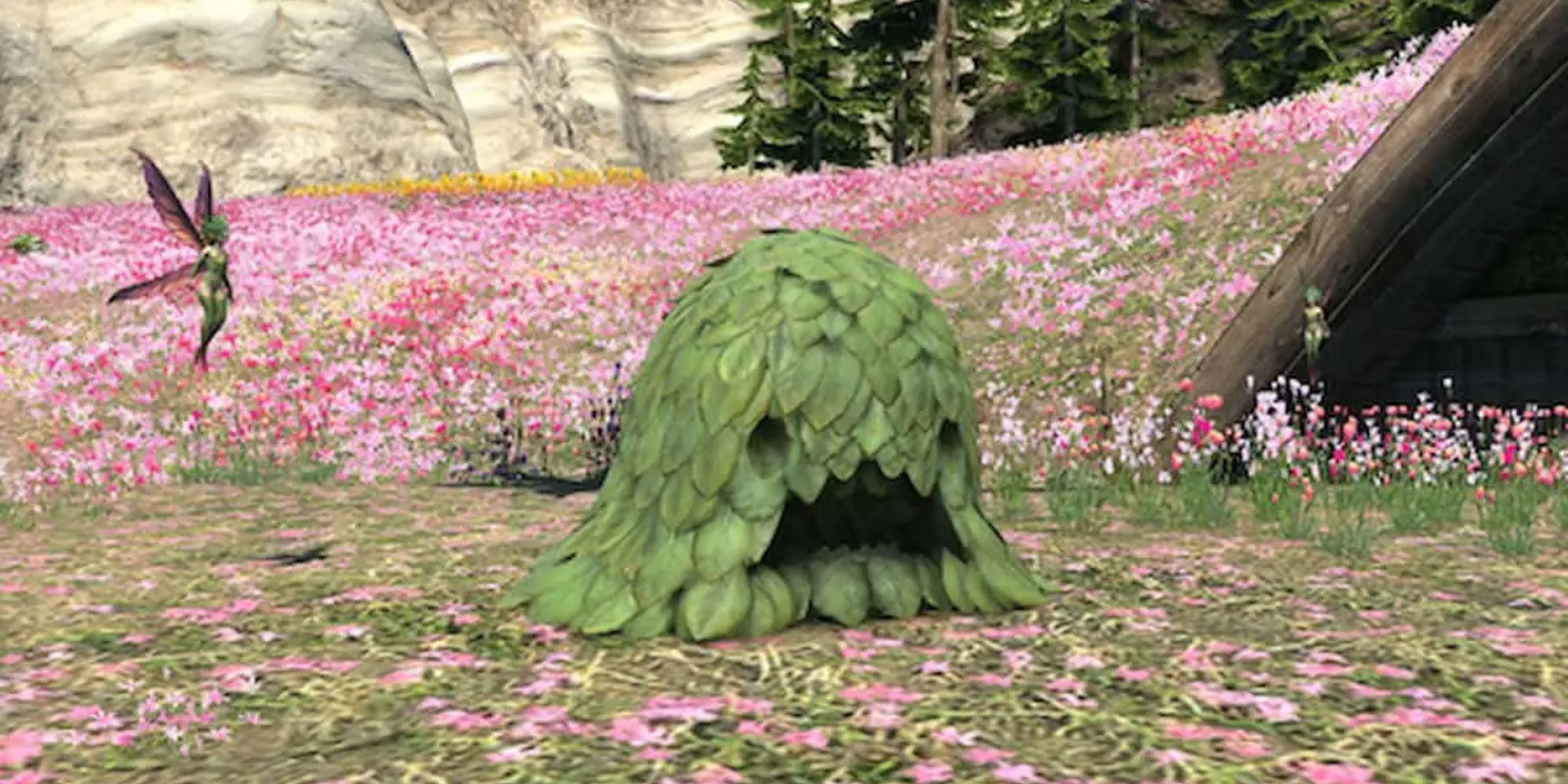 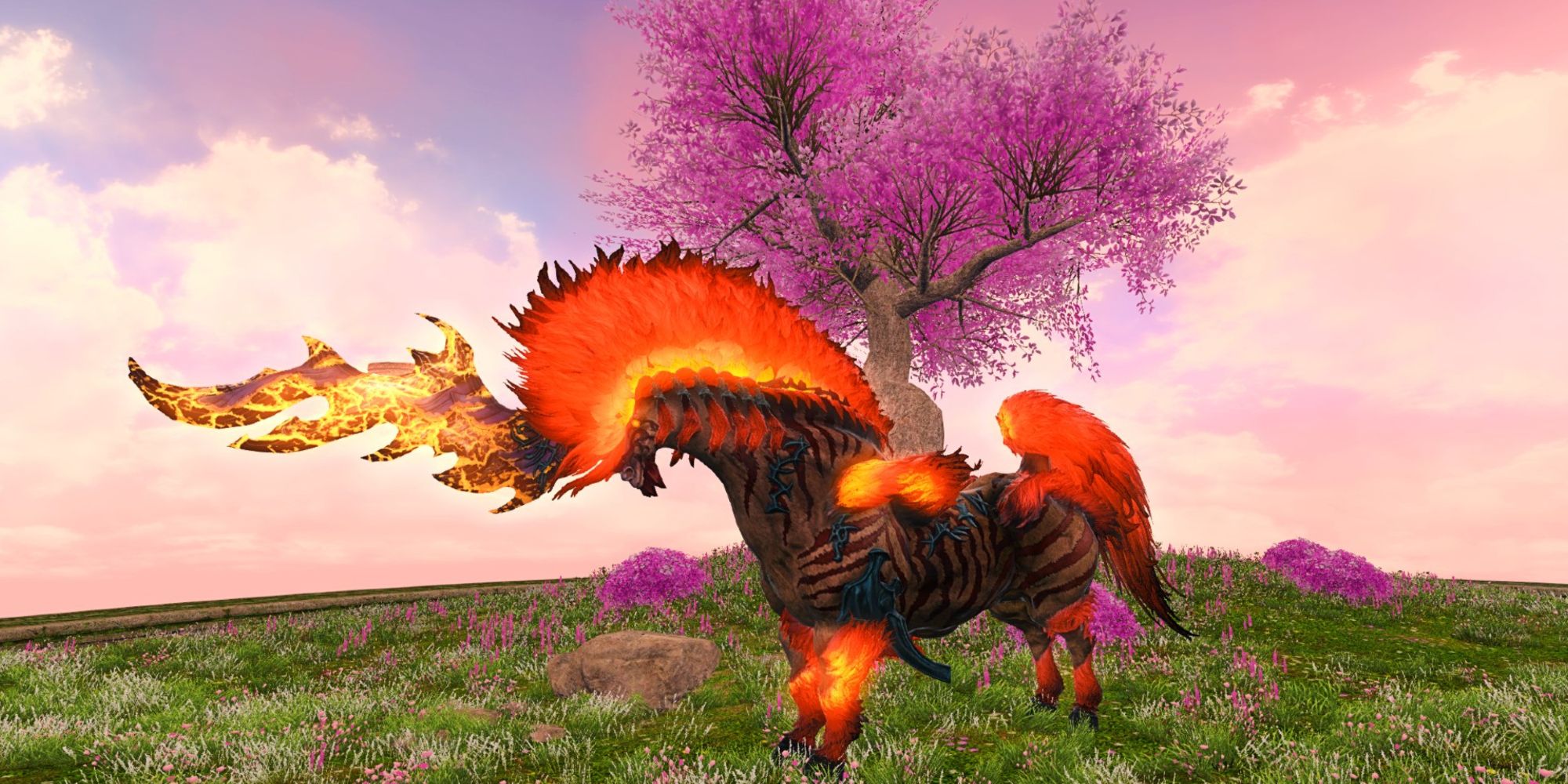 For the Phaethon Mount, you will have to do things that are a bit more involved than the ones above. For starters, you will have to accumulate three Burning Horns from The Shifting Gymnasion Agonon, a new Treasure Hunt Dungeon accessed via Timeworn Ophiotauroskin Maps. You can purchase the Maps from the Market Board or earn them through Wondrous Tails Journals or by Gathering from Level 90 Gathering Nodes (Fishing, Mining, and Botany). 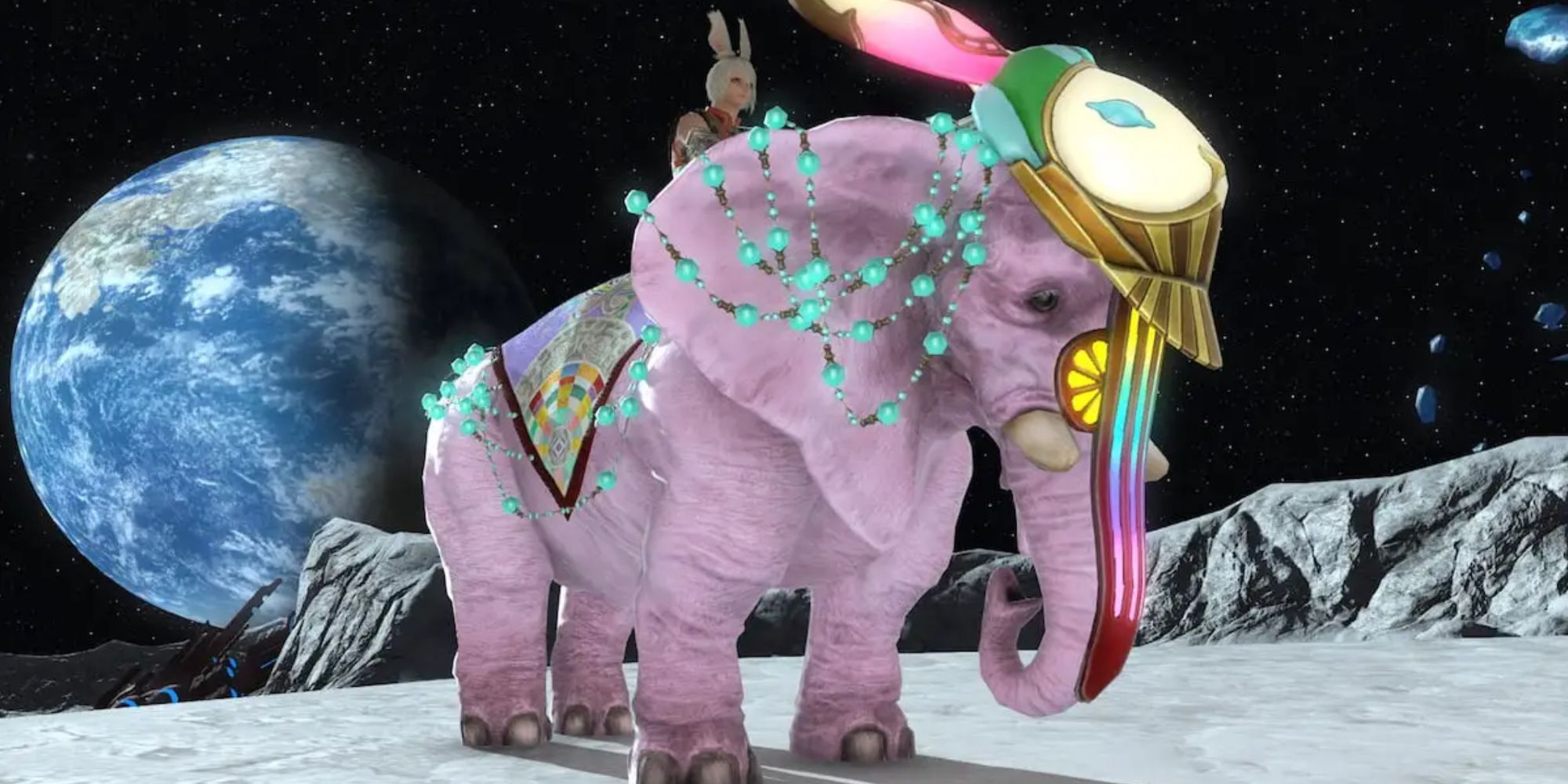 Like the previous Mount, getting a hold of the Pinky Mount will take quite a bit of effort as well and requires you to try your luck at the Excitatron 6000 Treasure Hunt Dungeon. To do this, you will need to get your hands on the Timeworn Kumbhiraskin Map, which can be obtained by clearing nine lines on your Wondrous Tails Journal or by Gathering from Level 90 Gathering Nodes (Fishing, Mining, and Botany).

You will be gunning for a rare item called the Exciting Tonic and need three of them to obtain the Mount. After you gather three Exciting Tonics, head to Radz-at-Han and exchange them with Nesvaaz (X:10.6, Y:10.0) by selecting "Out of this World Oddities" and purchasing the Pinky Identification Key. Use this item to acquire the Pinky Mount! – If you're rolling in Gil, this can also be yours for the hefty price of 40 Million+ Gil from the Market Board. 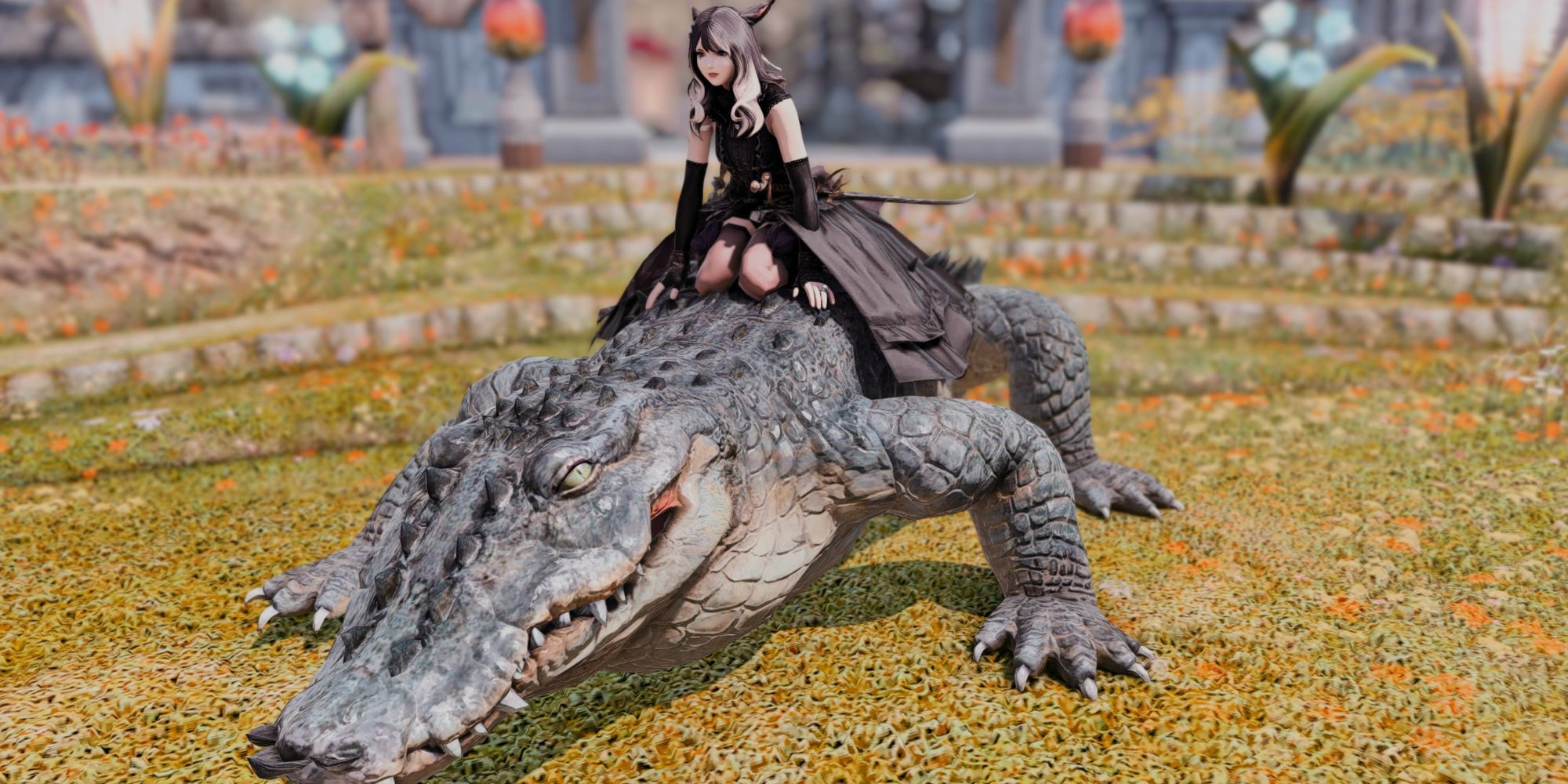 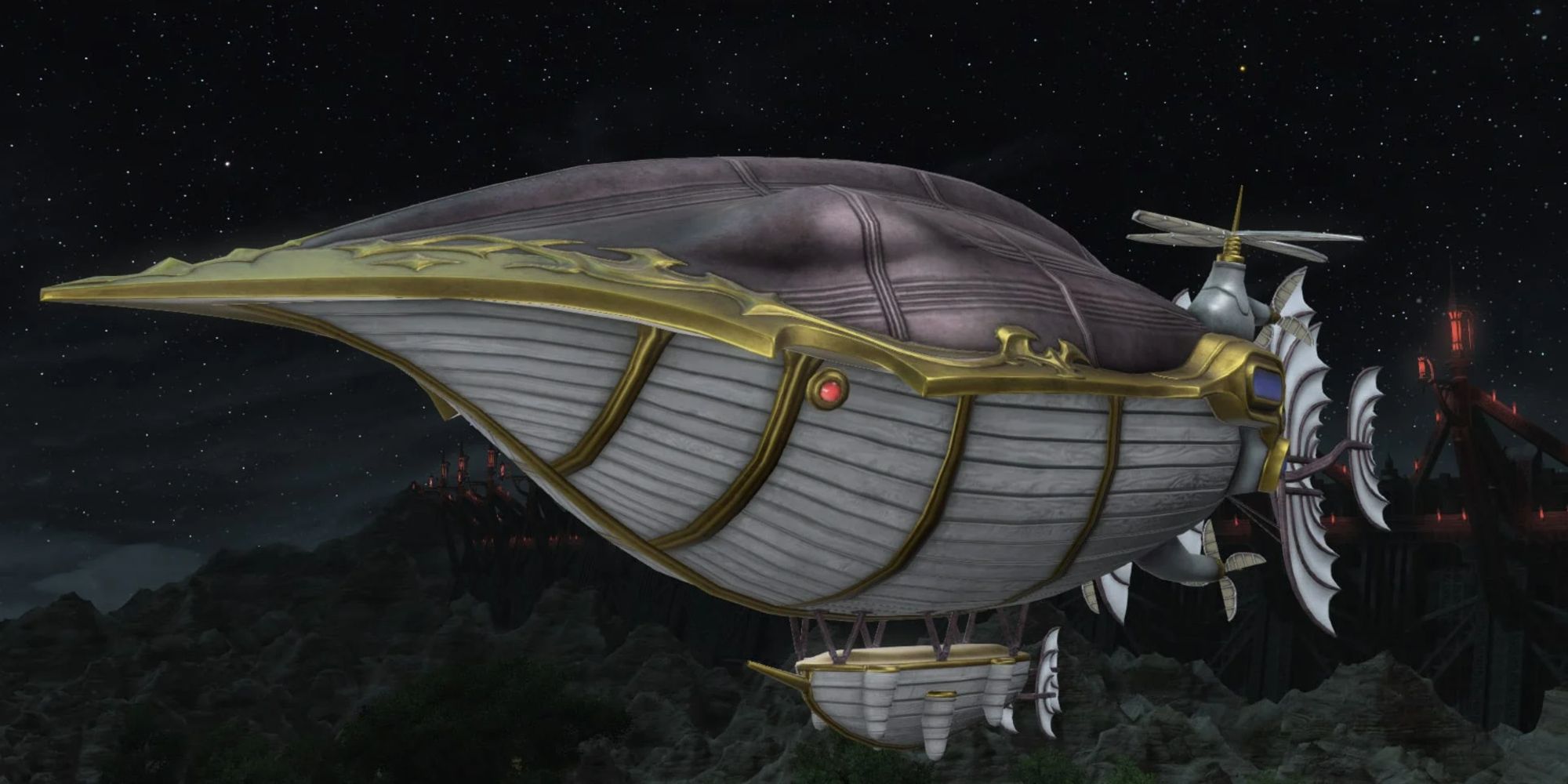 If you are a fan of Final Fantasy 6, you will undoubtedly want to soar the skies of Eorzea in the Blackjack Airship, which is understandable and a dream for many. With Patch 6.3, you can finally live that dream via the Blackjack Mount, obtained by cashing in 4,000,000 MGP at the Golden Saucer. Yup, you read that right.

With enough MGP saved, head to the Gold Saucer and speak to the Gold Saucer Attendant (X:5.1, Y:6.6), then purchase the Blackjack Identification Key. From here, use the item from your inventory to acquire the Blackjack Mount! – If you don't have enough MGP – which is reasonable – grinding out the Weekly Fashion Report, playing the daily Mini-Cactpots, and participating in the Mini-Games will get you there… eventually. 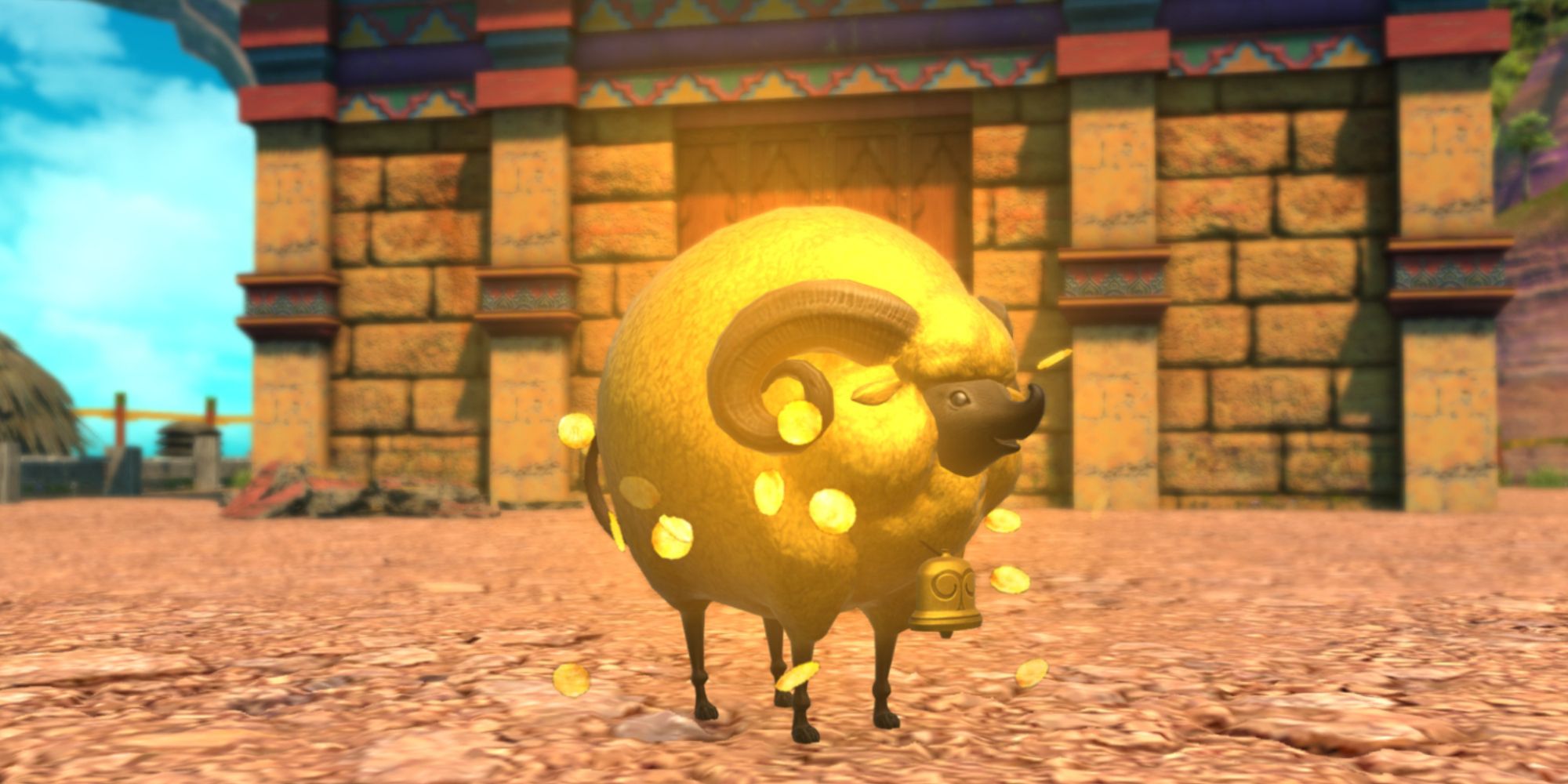 Does the Blackjack Mount sound like a flex to you? Well, you haven't seen anything yet, as the Chrysomallos Mount is the definition of making a statement. To obtain this Mount, head to Mor Dhona and speak with Edelina (X:22.1, Y:4.7) and purchase the Chrysomallos Horn for, wait for it, 50,000,000 Gil. Mhmm, this Mount is only for the rich of the rich in Eorzea. If you can afford it, congratulations. We guess. 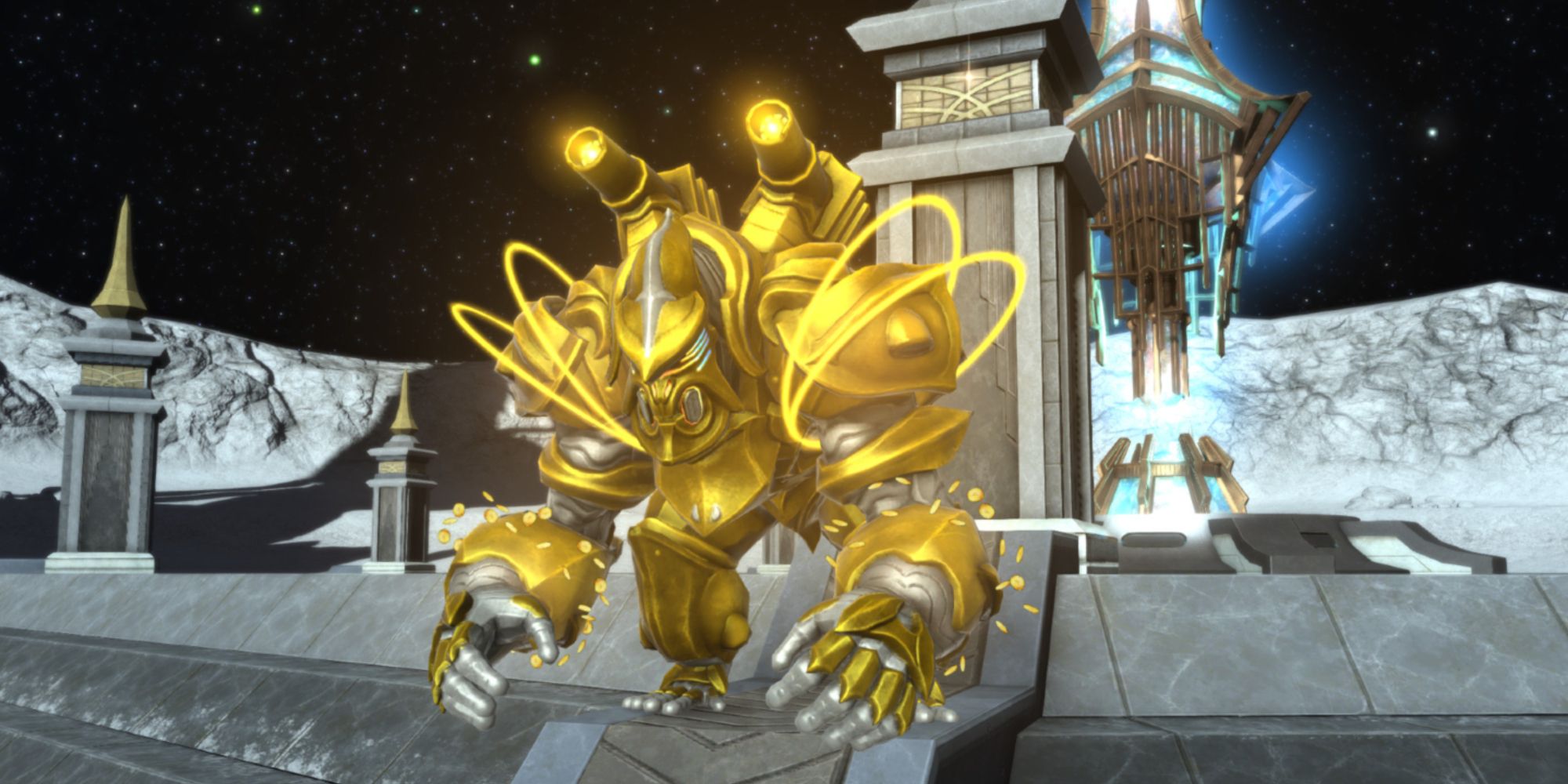 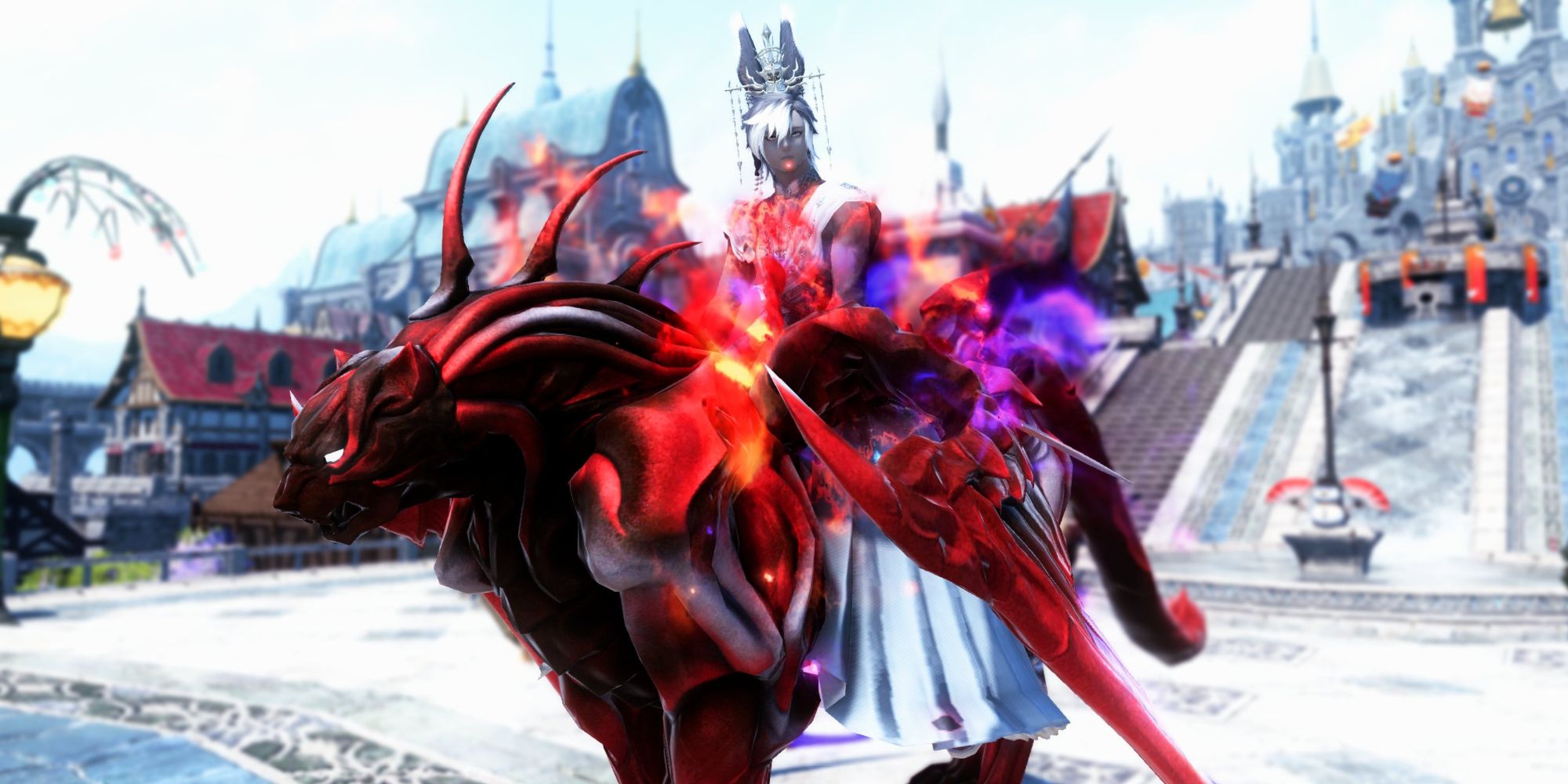 Last up for Mounts is the Lynx of Righteous Fire Mount. You will have to roll on this rare drop after completing the new Mount Ordeals Extreme Trial. When we say it's a rare drop, we mean the odds of seeing this pop up are very slim, so you will be grinding this Extreme Trial out quite a bit if you want the chance to snag it. To make matters worse, that's all you get. A chance of obtaining it, as others will be rolling for it as well, meaning you will have to grind even more sessions if the RNG Gods are not on your side.

Typically, Extreme Trial Mounts will become available to purchase for 99 Totems. In this case, it would be 99 Flamecloaked Archfiend Totems, but that's not until a much later Patch. You will receive a Totem every time you clear the Extreme Trial, so obtaining 99 of them will more than likely give you a few shots to scoop it up from the loot pool, but if you play enough to accumulate 99 of them, holding onto them until it becomes available at Radz-at-Han from Nesvaaz (X:10.6, Y:10.0) will be your best bet to snag it. 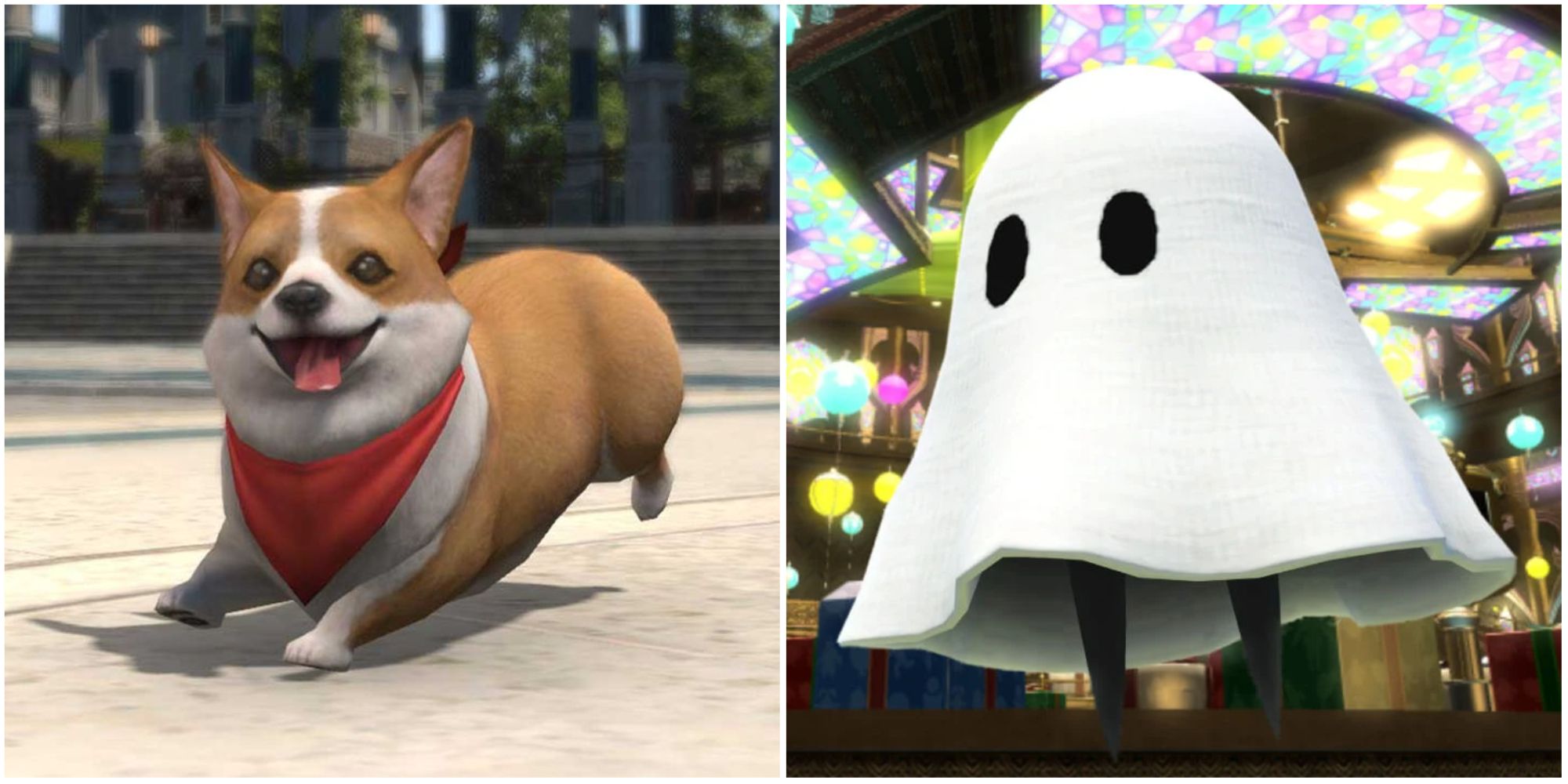 Minions are always a hot topic when it comes to Final Fantasy 14, as all of them are adorable and in high demand, which is proven by checking out some of the prices they sell for on the Market Board. In Patch 6.3, we have received 10 Minions to track down and obtain, and we will cover how to do just that below! 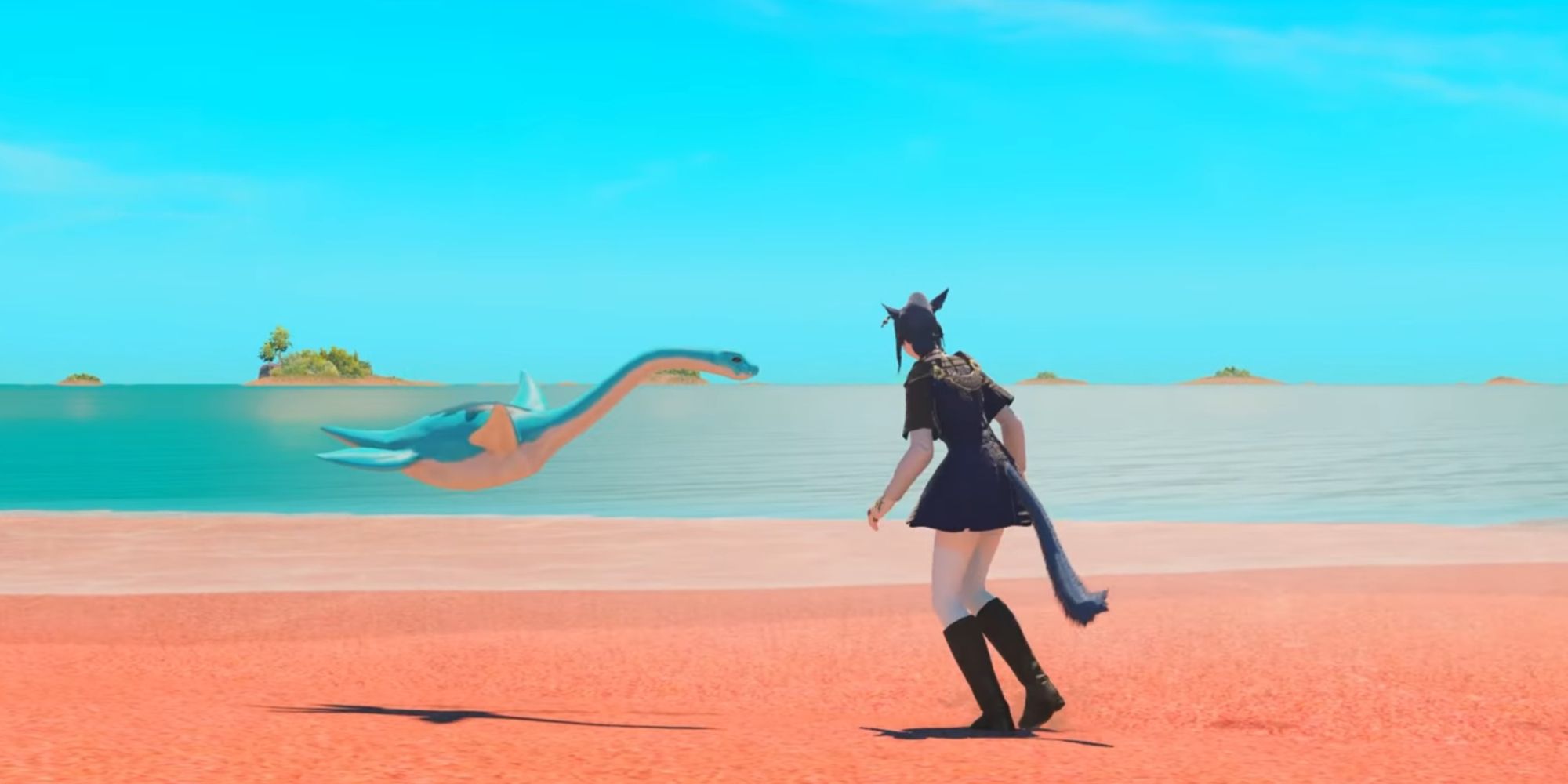 Kicking the Minions off is the Suzusaurus Minion, obtained via the Subaquatic Voyages accessible in your Free Company House. If you are in a Free Company that owns a House, you will need to craft a Submersible, which can be done by accessing the Schematic Board in the Company Workshop. Once here, you can make a Submersible Prototype (I-VI) with various materials.

After you have a Submersible Prototype ready to go, it's time to send it out on a Subaquatic Voyage. We recommend sending it on Voyages over Level 50, as that seems to be where everyone is snagging the Suzusaurus Minion. While it is currently unknown which Sectors have this Minion, we do know it appears to be the higher ones, but we will update this section when there is more concrete data on it! – This Minion can also be sold on the Market Board, but there is currently no Sale History of it at the time of writing, but expect it to cost Millions of Gill. 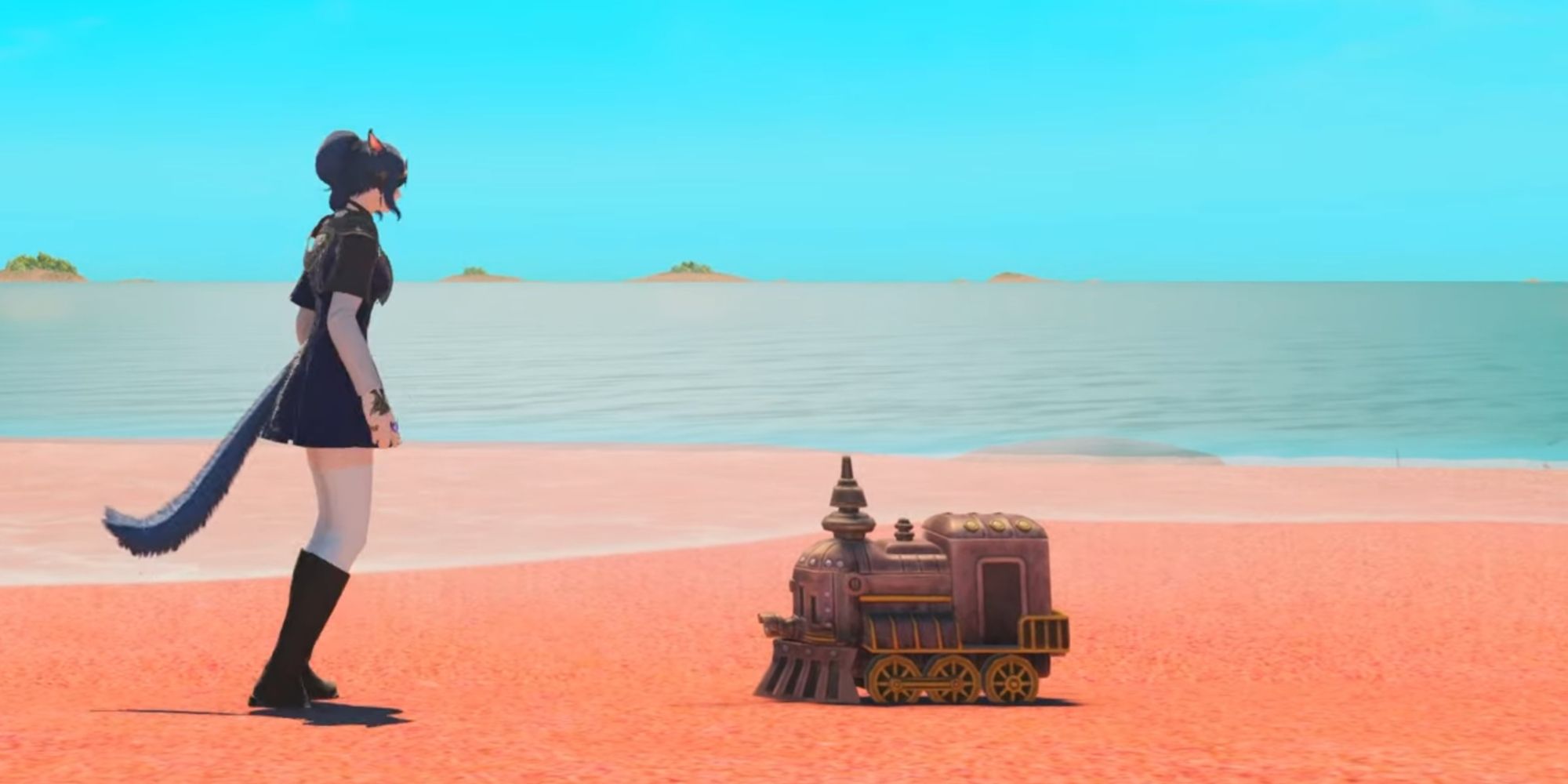 This little train will be pretty hard to Craft, so we recommend heading into this with more than what's needed for the required materials, as you will more than likely fail a few times. – Additionally, if you refuse to dedicate time to becoming a master Armorer but have deep pockets, this can be yours from the Market Place for around 36 Million Gil (at the time of writing). 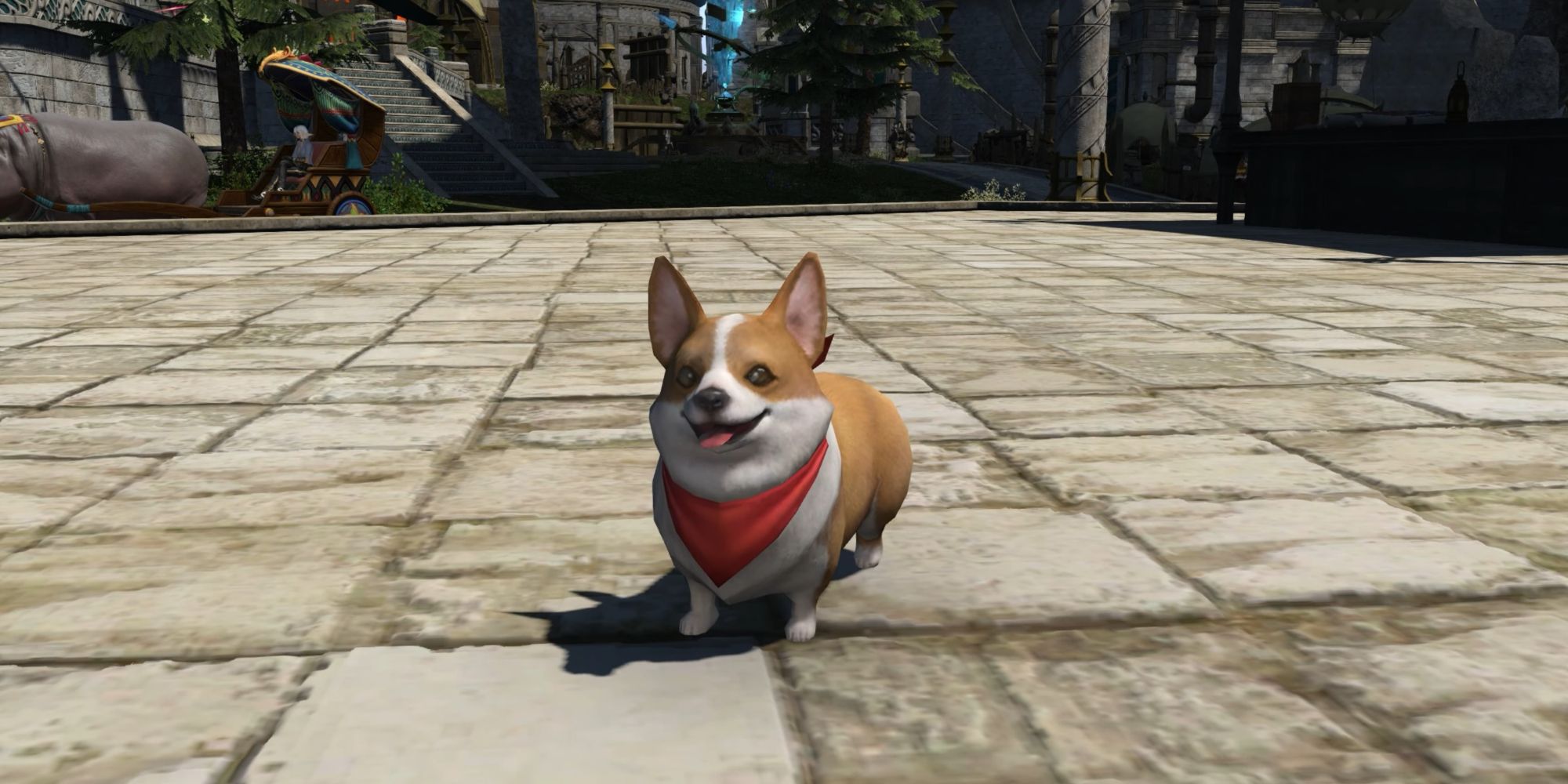 Much like when the giant Mameshiba Mount made players' hearts melt, the Corgi Minion introduced in Patch 6.3 did the same thing. We mean, just look at it! – Anyways, if you want to get your hands on this adorable Corgi Minion, you will need to tackle Faux Hollows and accumulate 400 Faux Leaves. After you have the required amount, speak to the Faux Commander in Idyllshire (X:5.7, Y:6.1) and purchase the Corgi Minion! – If you don't want to participate in Faux Hollows, you can purchase the Corgi Minion from the Market Board for around Six Million Gil, or at least at the time of writing. 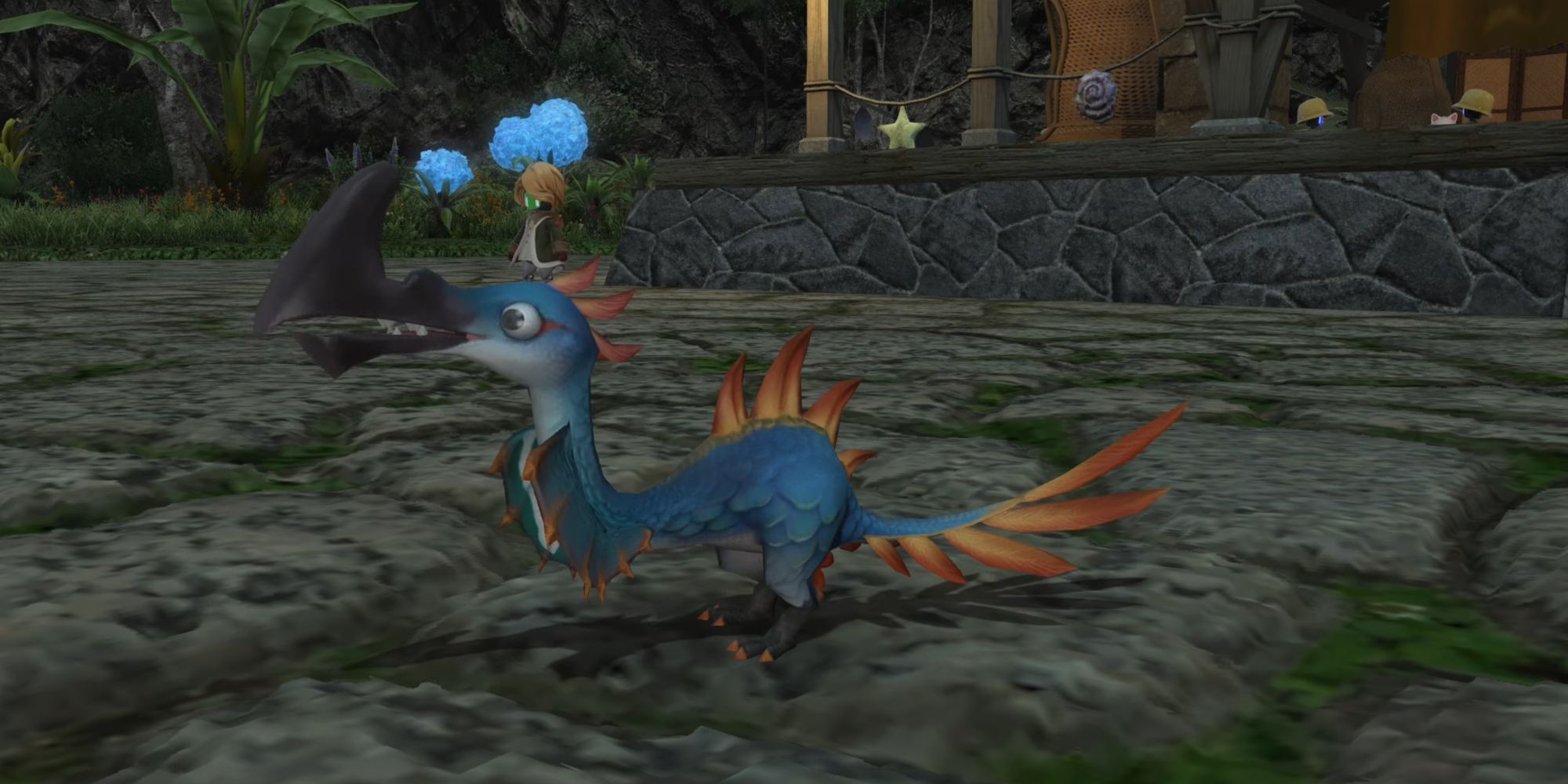 Like the Island Alligator, the Sky Blue Back is a Minion that is obtainable via Island Sanctuary and requires you to have 4,000 Seafarer's Cowrie. If you have enough, head to the Horrendous Hoarder in your Island Sanctuary (X:12.6, Y:28.4) and purchase the Minion! 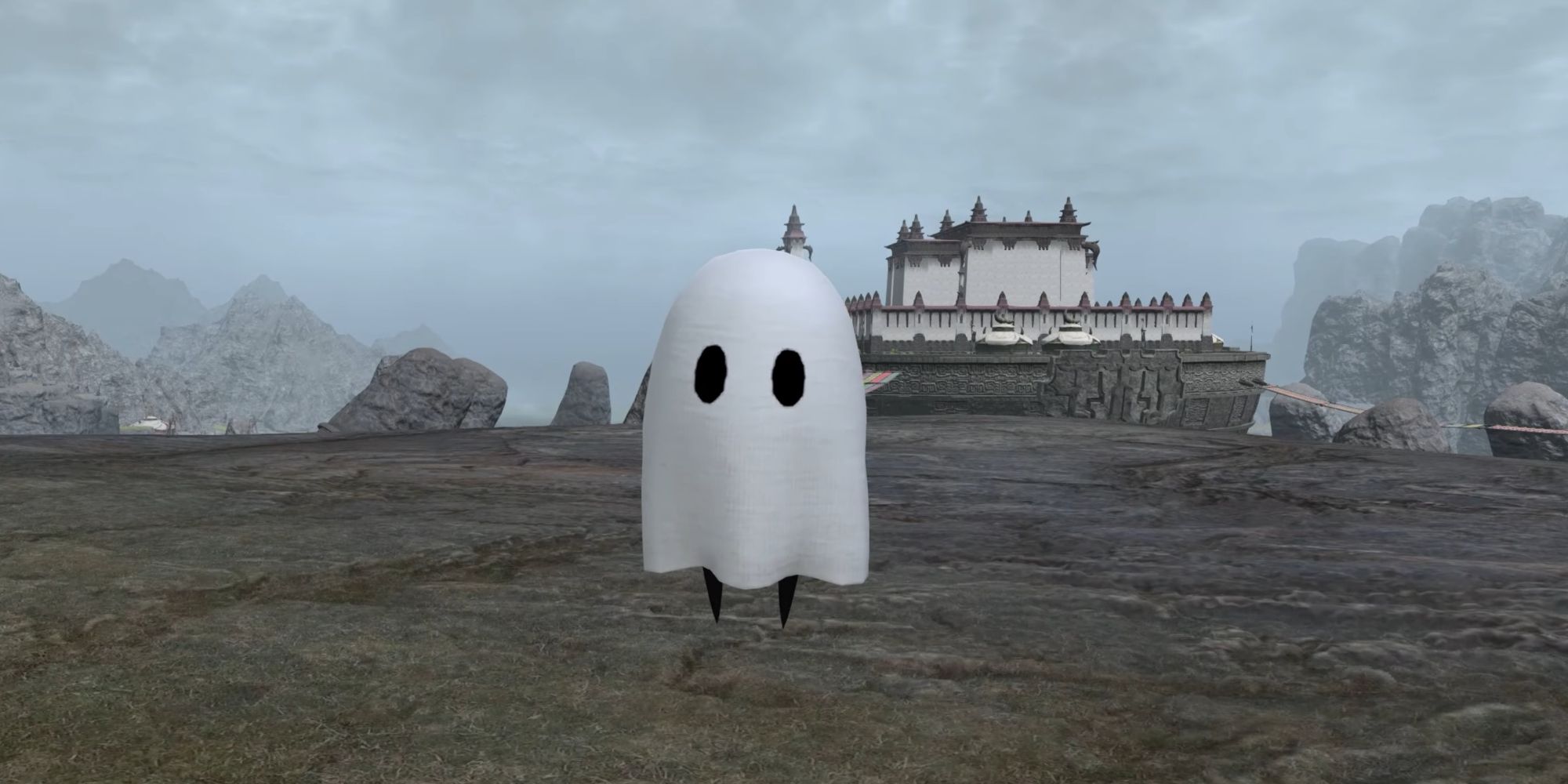 For the Mama Automaton, you will need to head to the Golden Saucer and purchase it for 30,000 MGP from the Gold Saucer Attendant (X:5.1, Y:6.6). You can get double the amount needed by taking on the Weekly Fashion Report, allowing you to obtain it rather quickly. 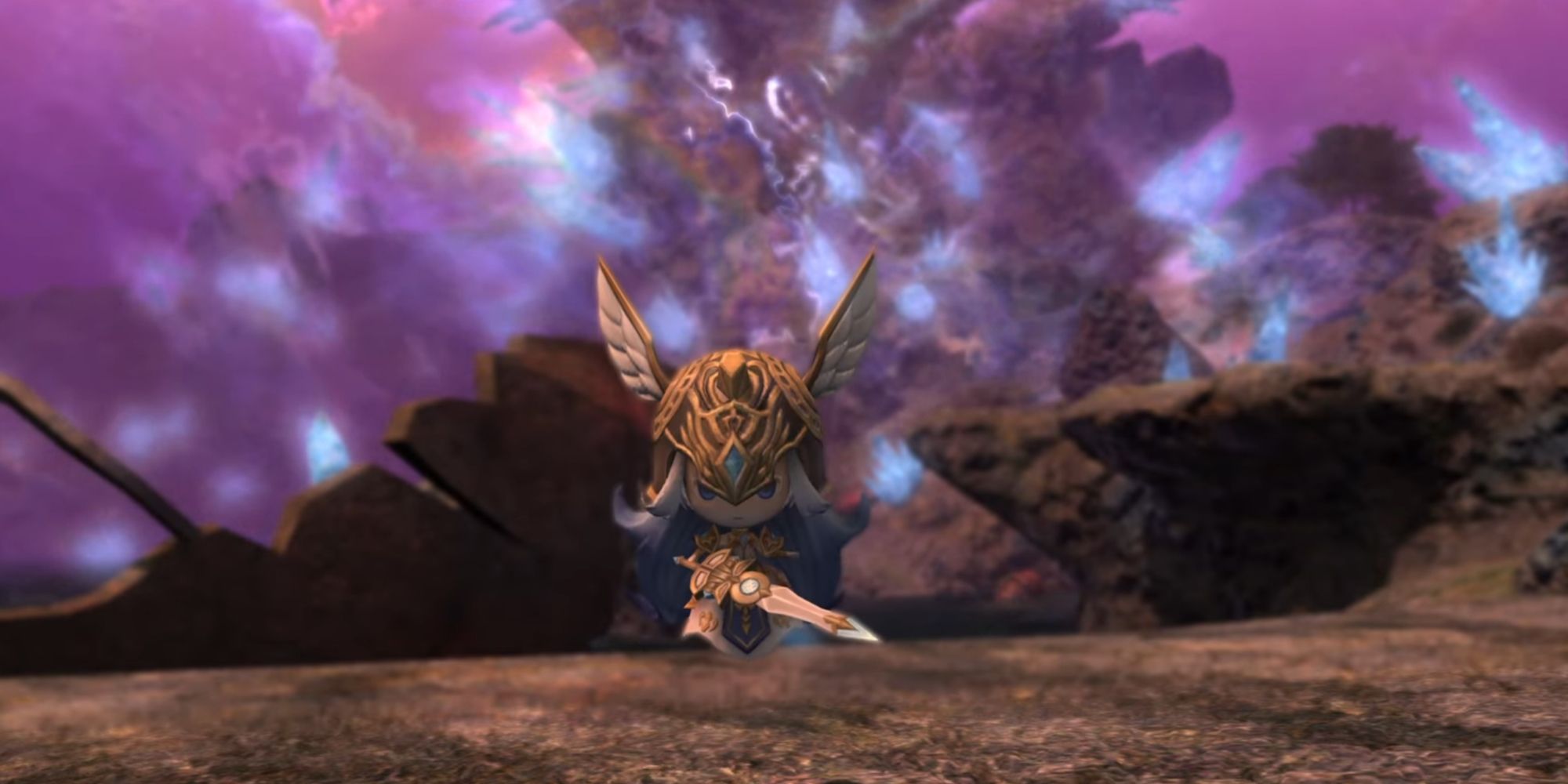 Wind-up Halone is a Minion that has a chance of dropping from the final Chests in the new Euphrosyne Alliance Raid, giving you the opportunity to roll for it. The drop chances of the Minion are rare, and you will need to beat out the rest of the players in the Alliance Raid to obtain it, so good luck! 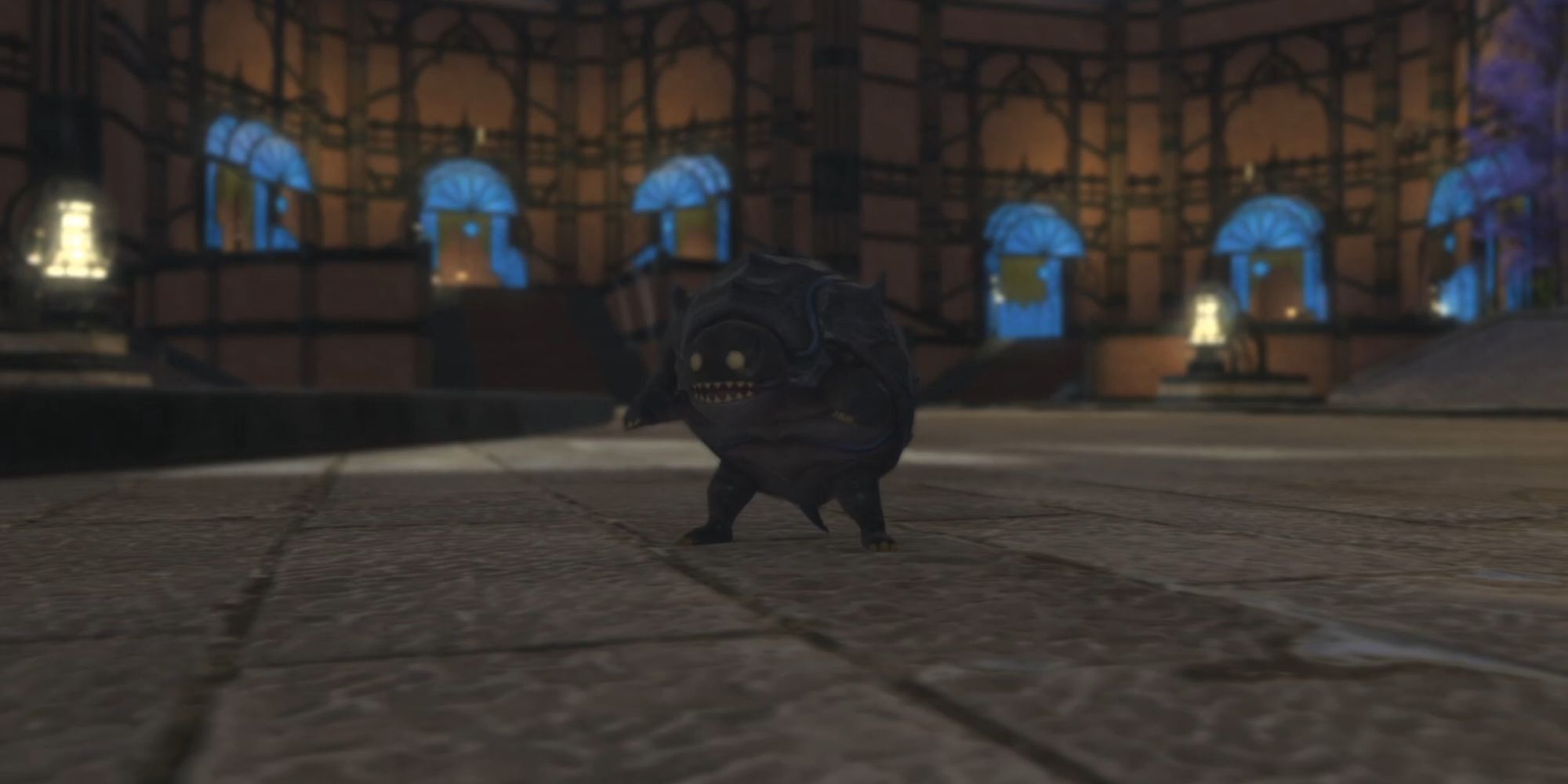 Fortunately, the Wind-up Cagnazzo Minion is much easier to obtain than most others and is a random drop in the new Lapis Manalis Dungeon added in Patch 6.3. While it is a random drop, you can keep running the Dungeon with AI Party Members via the Trust System. Though it may take longer to clear the Dungeon with AI, you won't have any contention over the Minion if it drops after defeating the final boss. – Additionally, you can also purchase the Wind-up Cagnazzo Minion from the Market Place for around 250,000 Gil, which is more than reasonable compared to some of the others. 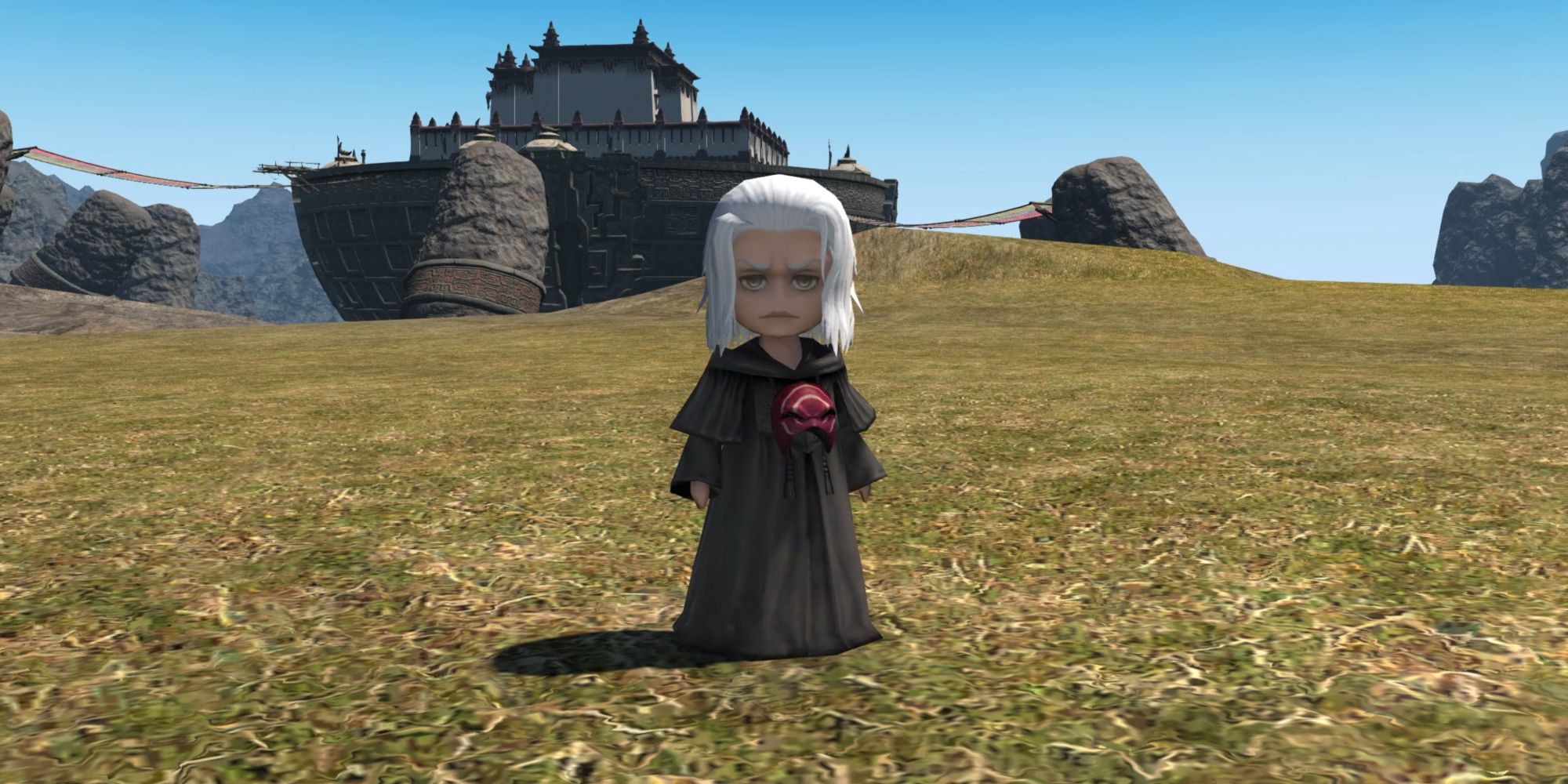 Next is the Wind-up Aidoneus Minion, a random drop from the new Shifting Gymnasion Agonon Treasure Hunt Dungeon accessed via Timeworn Ophiotauroskin Maps. You can obtain these Maps via Wondrous Tails Journals or by Gathering from Level 90 Gathering Nodes (Fishing, Mining, and Botany).

Unlike the Mounts covered earlier, the Wind-up Aidoneus Minion is a random drop from one of the Chests found within The Shifting Gymnasion Agonon Dungeon and must be rolled for. It's a rare drop and will be hard to get, especially with everyone casting their lot for it. – However, if you have the Gil to spare, you can purchase it from the Market Place for the low price of around 35 Million Gil. 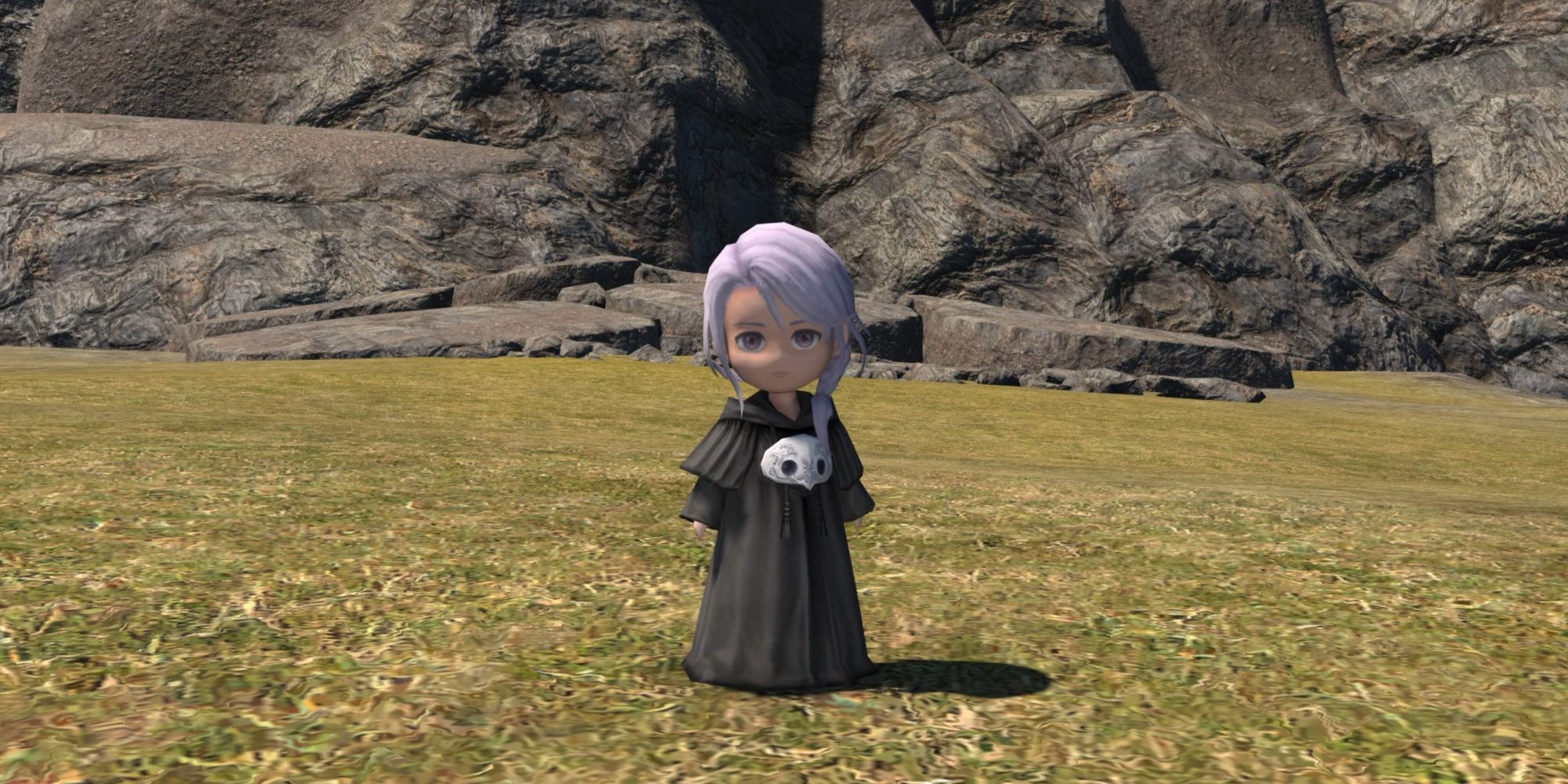 The Wind-up Philos Minion is obtained the same way as the Wind-up Aidoneus Minion, so follow the steps outlined above to learn how to acquire it! – Additionally, you can also purchase this Minion from the Market Place for around 35 Million Gil as well. 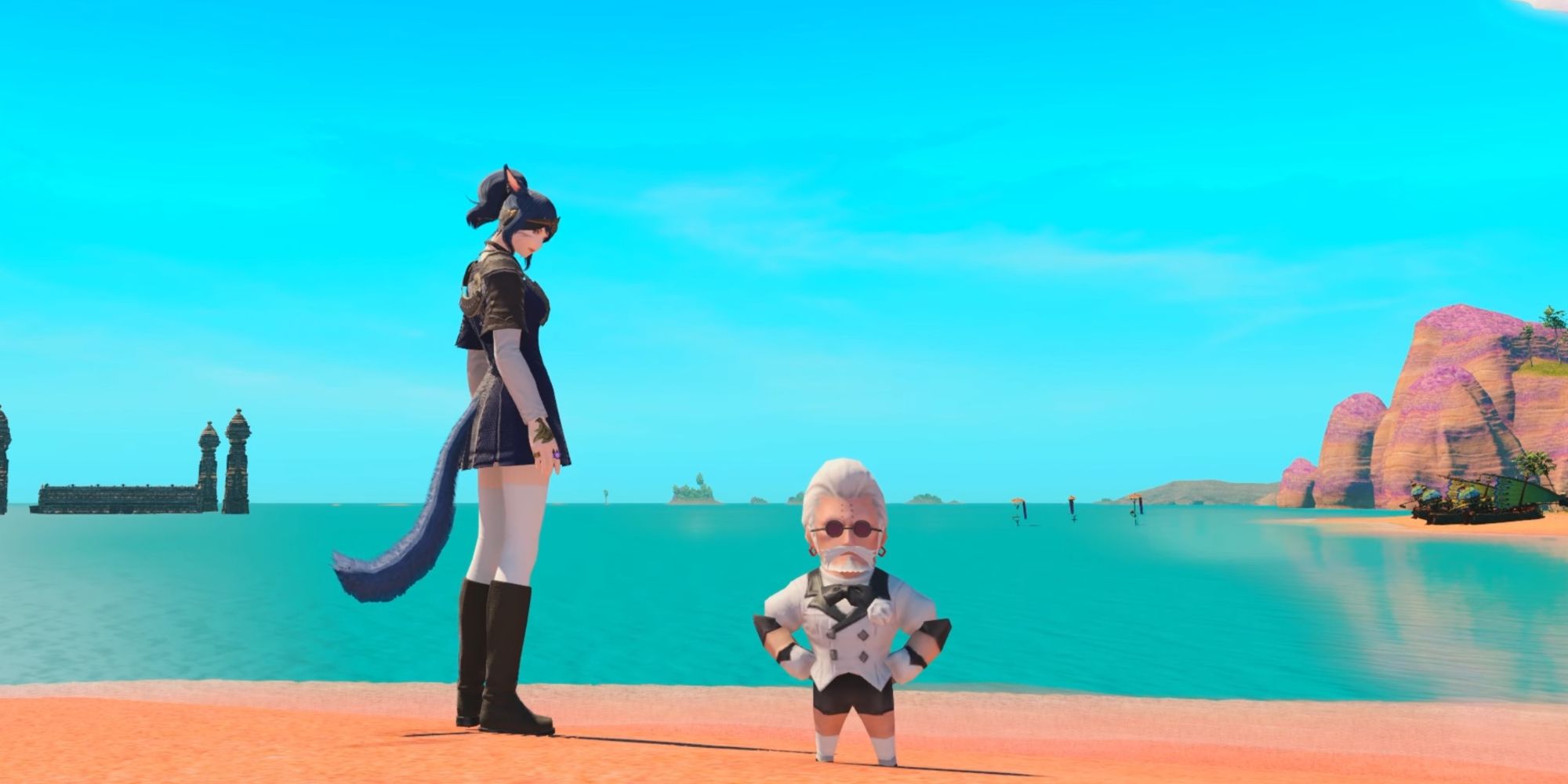 Lastly is the Wind-up Godbert Minion, which is in the game but currently unobtainable. We will update this with more information on how to acquire it whenever that information becomes available, but it's suspected to be part of the next Manderville Relic Weapon Quest Series update, which won't be until Patch 6.35.

The Procession To Calvary: 9 Things You Should Know Before Playing