Home » News » First Screens Of The Lord Of The Rings: Gollum Are Anything But Precious

It has been eons since we’ve heard anything about The Lord of the Rings: Gollum, a spin-off title set in J.R.R. Tolkien’s incredibly popular fantasy world. Putting players into the loincloth of the titular deformed hobbit, we now have an idea of what the game will look like. I’m sorry to make this cheesy reference, but these screens are anything but precious.

Publication GameStar.de has gotten an exclusive interview with developer Daedalic Entertainment (that’s behind a paywall) and shared a ton of screenshots for what is presumably the PS5/Xbox Series X versions of the game. While the resolution is ridiculous, these designs are kind of horrifying. 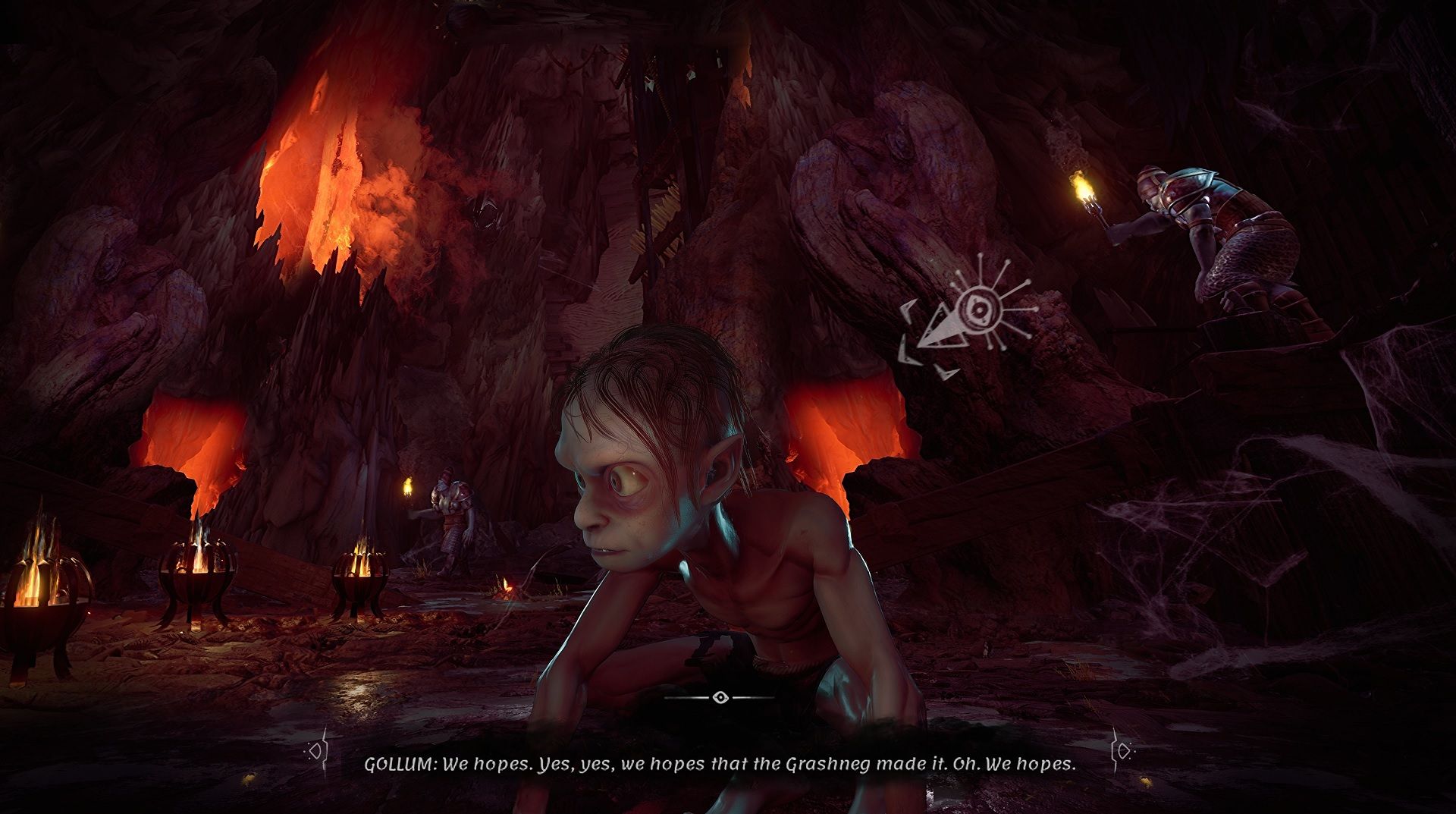 In all fairness, the cartoony approach to visuals is probably a good move. Attempting to replicate director Peter Jackson’s take on the material would require an immense amount of work, not to mention it would become incredibly dated over time. Opting to transform this world into something more animated will help the visuals in the long run.

At the same, what is wrong with Gollum’s face? Why does he look so derpy? Did he conk this head and is walking around with a concussion? Has the ring corrupted him so much that he can’t look straight? I guess we’ll need to play the game to discover these answers.

You can head over to GameStar to see the other screens, which at least show some promising environmental designs.

Destiny 2 Xur Location: Where is Xur Today? What exotics is Xur selling on April 19?